There are great beer cities—we see you, Denver, Portland and Asheville—but within bubbling brew towns are smaller, concentrated pockets of breweries, bars and bottle shops with their own flavor. We asked readers for their favorite beer ’hoods, then got the inside scoop from local experts. 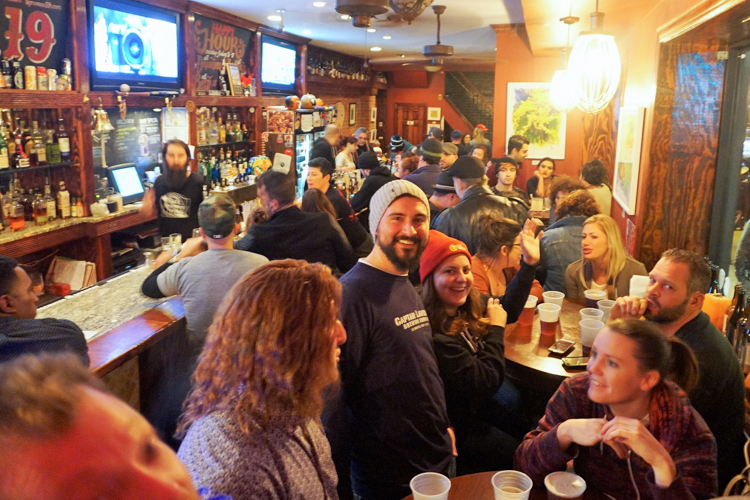 “This isn’t the name of a ’hood, but more the western quadrant of the city made up of several neighborhoods. They’re culturally diverse, working-class neighborhoods that are experiencing significant gentrification with businesses (and beer) following suit. Overall, there’s not tons of stuff yet, but it’s ready to explode given the recent additions.” –Jared Littman, founder of Philly Tap Finder
The original: South Philadelphia Tap Room has been a beloved mainstay since 2003, featuring 14 taps (including cask and nitro lines) and food until 1 a.m.
The newbie: New arrival Brewery ARS shoots for a spring opening in West Passyunk, brewing American-style saisons (expect dialed-up hops) with a small cafe attached.
Also visit: Taproom on 19th bar, American Sardine Bar, Brew bottle shop

“Triple C went in three years ago—when they first got there, it was pretty much an abandoned warehouse district. Now of course, it’s all filled up. The short rail has been going through the South End for a few years now, but now they’re trying to extend the rail all the way north to NoDa to connect those areas.” –Dave Tollefsen, editor of NC Beer Guys
The original: The Olde Mecklenburg Brewery opened in South End seven years ago; now it’s moved to an eight-acre plot that includes a spacious beer garden.
The newbie: Sugar Creek Brewing Co. opened last summer in Olde Mecklenburg’s original space when the latter outgrew it; they specialize in Belgian-style brews.
Also visit: Triple C Brewing, Lenny Boy Brewing Co., Sycamore Brewing, The Unknown Brewing Co., Bulldog Beer & Wine

“From end to end, Ballard is only a mile and a half. There are 10 breweries in this small area, and four of them are within two blocks of each other. Going back a hundred years, Ballard was a party town. It still is. There’s one street called Ballard Ave. and I bet there’s no place else that compares, not Bourbon Street or Beale Street; it’s like every third business is a bar or restaurant.” –Kendall Jones, producer of Washington Beer Blog
The original: Hale’s Ales was founded in 1983 and opened in its current location on Leary Way in 1995; it and Maritime Pacific Brewing Co. anchor the Ballard brew scene.
The newbie: Lucky Envelope Brewing had just opened in May 2015 when it snagged bronze at GABF for its Helles Lager; visit the tasting room Thursdays through Sundays.
Also visit: Reuben’s Brews, Stoup Brewing, Populuxe Brewing and Fremont Brewing just outside of Ballard 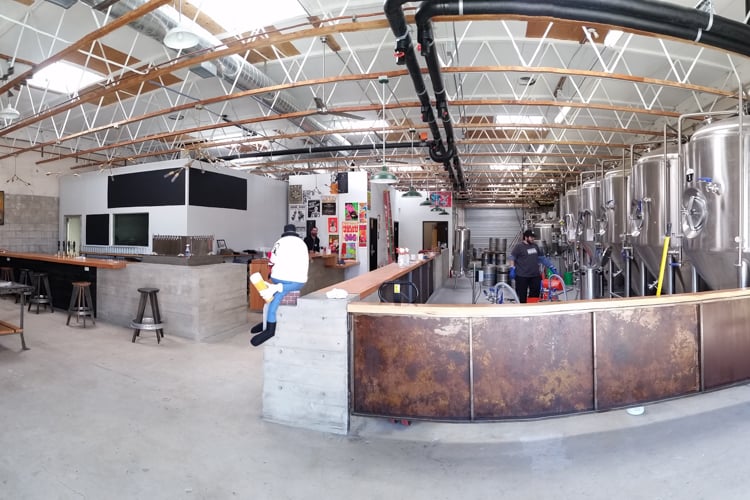 “Beer-wise, I think 30th Street is the best beer street in America. Just in terms of variety of beer, it’s hard to find a better stretch of street than that. The food scene has really exploded, too, with a lot of independent restaurants, a couple of ramen places and vegan spots are opening now. It’s really eclectic.” –Nate Soroko, bartender at Toronado and Modern Times
The original: S.D.’s Toronado, a second location for the legendary craft beer bar that first opened in San Francisco in 1987, opened in North Park in 2008 and earned accolades all its own.
The newbie: Formerly of Maui Brewing Co. and Left Coast Brewing Co., brewer Ramon Astamendi and biz partner Dave Lively opened Fall Brewing on jam-packed 30th Street at the tail end of 2014; stop in for Mellor Stout on nitro.
Also visit: Belching Beaver Brewery, Hess Brewing, Modern Times Flavordome, Seven Grand, Waypoint Public