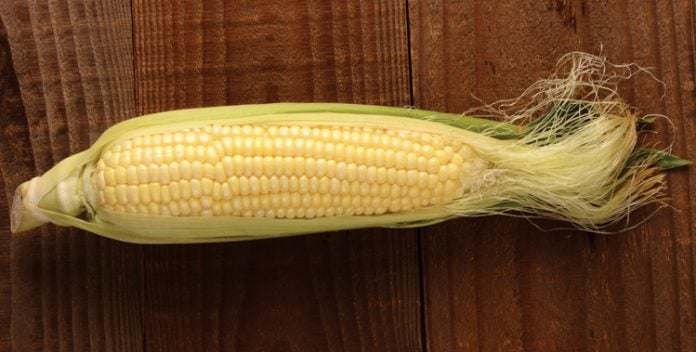 That guy at the end of the bar bashing beers made with a bit of corn has nothing on an advertisement for Anheuser-Busch brands back in 1893 claiming: “Corn beer is a drinkable beer but it is a cheap coarse beer … Of corn beer you can drink but little without a protest from the stomach, and the effect is a loss of energy, weariness, stupidity, and drowsiness.”

A-B’s attack on corn was rather specific, given that rice was a key ingredient in its flagship Budweiser. In recent decades, American craft brewers have used a broader brush to label beer brewed with adjuncts (mostly corn and rice, rather than 100 percent malts) as inferior. “We all looked down our nose at using adjuncts to lighten the beer,” says Boston Beer Company founder Jim Koch. “But it was never about what’s good and bad, it was about who we are and who we aren’t.”

Fans of craft beer aren’t necessarily as reasonable. Until the Brewers Association changed its definition of “craft brewer” in 2014, its list of “Domestic Non-Craft Brewers” included traditional breweries such as D.G. Yuengling & Son, August Schell Brewing Co. and Straub Brewery, with an explanation that they were excluded because they brew the majority of their beers with adjuncts.

Not long after the definition changed, Jace Marti, a great-great-greatgrandson of Schell’s co-founder August, told a colorful story about “talking a beer geek down from the ledge” at a festival. “He just had a chip on his shoulder. ‘You shouldn’t be here. It’s adjunct beer,’” Marti says. “He refused to even try the beers. We were evil and he wouldn’t even try them.”

That day, Marti wasn’t even pouring any beer made with corn or rice. Five of the Minnesota brewery’s all-malt beers have won medals at the Great American Beer Festival, but there was a reason corn made up 30 percent of the recipe for Schell’s Deer Brand when it was written 104 years ago. Theodore Oehne from Chicago’s largest brewery, Conrad Seipp Brewing, explained why during testimony before a U.S. Senate committee in 1899: “Our business has taught us in the last ten or twelve years that a pure malt beer is almost unsalable in this country; it is too strong and heavy; the people want a lighter beer and this light beer could not be produced by using pure malt,” he said. “Pure malt beer is a strong, heavy beer.”

Some things apparently don’t change. “What kills me is the Germans who come over here will drink Deer Brand,” says Schell’s brewery president Ted Marti. “You would think the Germans would want the heavier, maltier product, but no.”

Agrarian Ales outside of Eugene, Oregon, uses that same 19th-century technology for brewing adjunct beers to create one called Indigenous. It has an even older taste—one that goes back hundreds of years, to when Native Americans made the first beers in America using corn. Brewmaster Tobias Schock gently toasts the heirloom corn that goes into the beer and adds guajillo chiles grown on Crossroads Farm where Agrarian is located. The multicolored corn, named for the Abenaki American Indian tribe, comes from the Lonesome Whistle Farm across the Willamette River from Crossroads. Brewing at Agrarian follows the seasons. Schock doesn’t have equipment to chill lagers for long fermentation, so he brews them when the weather turns cooler.

Agrarian releases Indigenous each May for Cinco de Mayo. Mark Jilg at Craftsman Brewing in Pasadena, California, also uses corn in a special beer he makes for the holiday. “If you are going to do a beer based on the most corn based culture on the planet, what else do you make?” he asks rhetorically. Craftsman doesn’t brew the beer every year, and it is seldom the same. Agrarian Ales also uses heirloom corn, which offers even more opportunity for exploring flavors; plus, availability is becoming less of a problem. “There’s enough South American and Central American cuisine that we’re finally seeing some progress in heirloom corn. When we ask people for a 50-pound bag, their heads don’t explode,” he says.

Jilg first brewed Craftsman 1903, a pale lager that includes corn in the recipe, in 2003 as the 50th anniversary beer for Father’s Office, one of the first outposts for craft beer in Southern California. “I really wanted to do a lager. I wanted to say there was cool beer before [craft],” he says. The beer now accounts for more than half of Craftsman’s sales.