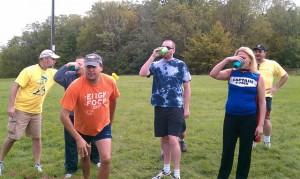 You can’t really call yourself the Beer Runner if you don’t run the beer mile from time to time. But my last beer mile adventure was six years ago. I was way overdue.

For the uninitiated, an official beer mile race is four quarter-mile laps with four full-sized beers interspersed between each lap. Over time, it has become an underground running and beer-drinking phenomenon. Today there’s even a site devoted to chronicling beer mile performances all over the world at http://www.beermile.com.

My baptism by beer mile came courtesy of a Wisconsin chapter of the Hash House Harriers, the international group with the motto “a drinking group with a running problem.” Just out of college, I ran the beer mile in 7:30-ish, and was most proud of the fact that I didn’t vomit on the course. 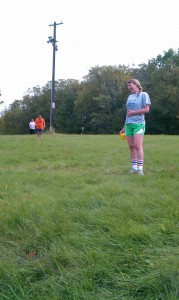 Let me dispel any myths right now. The beer mile is not fun and games, even for a group as seasoned in the art of combining beer and running as the Hash House Harriers.

“People think this is a fun event,” said a runner who goes by the nom de hash Mangina. “It’s not. It’s f*cking horrible.”

After six years, my brutal beer mile memories had finally faded enough to try another one with the same group that initiated me. We met on a recent weekend at a county park, warmed up with plenty of Schlitz and Miller High Life, and tried to block out from our minds what we were about to attempt.

It really hits you the hardest once you stop, and all the alcohol and adrenaline and lactic acid that was produced in such a short amount of time floods your system. I’m happy to report that I again didn’t puke, even though I came close. Others were not so lucky. 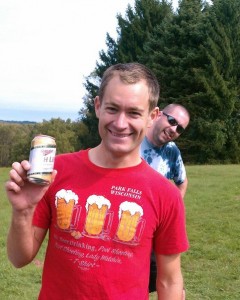 After that, tempo runs and fartleks suddenly don’t look so daunting. So thanks for the confidence boost, beer mile. Because of you, I know I can handle just about anything else that running can throw at me.

Small brewers say Anheuser-Busch is squeezing them out of the South...

Beer Master - September 27, 2021 0
If you pay anywhere near the attention to brewery social media accounts that we do, you may have noticed a few brewers on the morning...

Will it fall? A look at America’s brewery boom