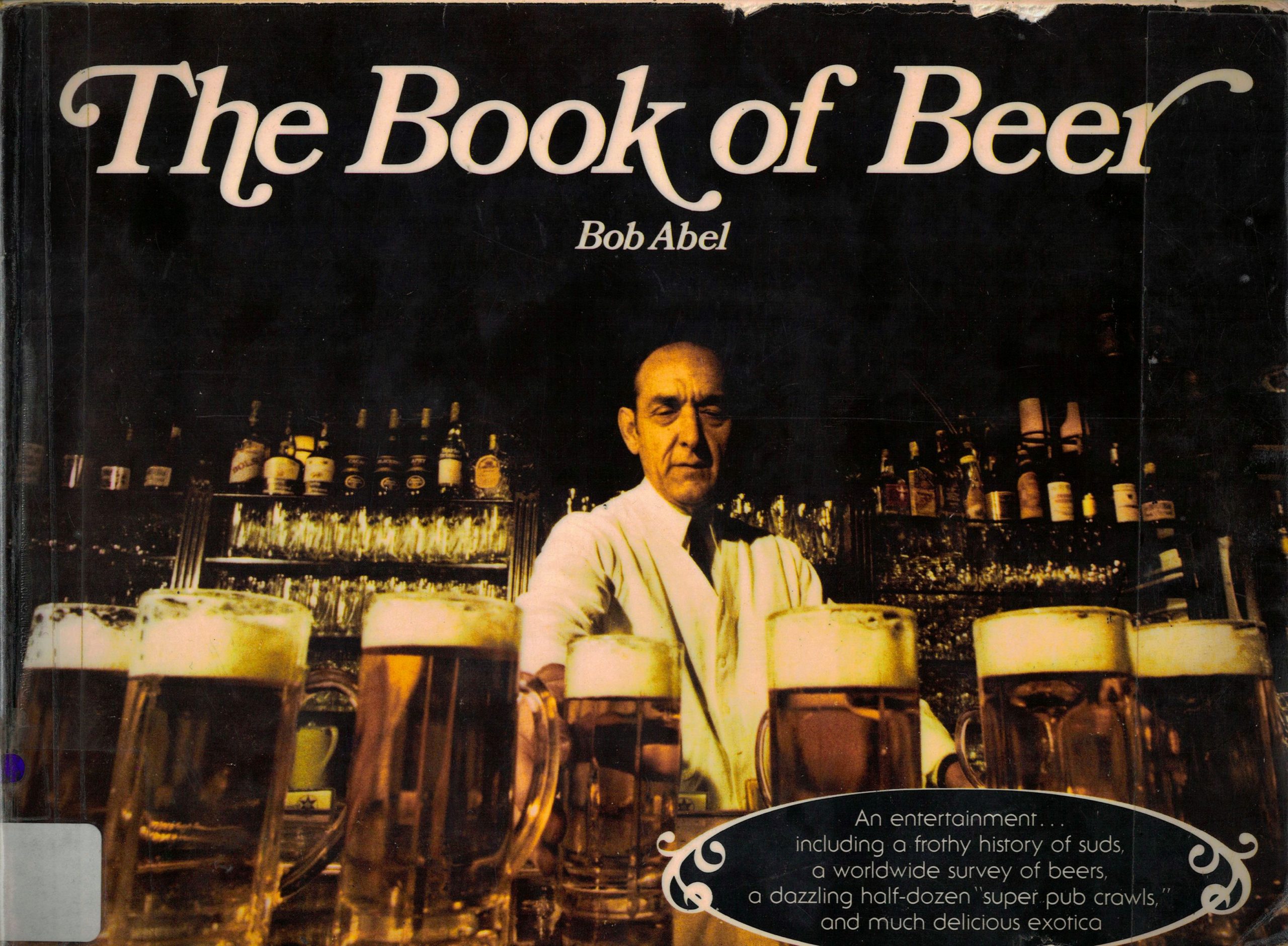 Before there was Michael Jackson, there was Bob Abel.

Let me explain that. I don’t mean to say that Abel existed first, although he did. I mean that Abel’s big beer book came before Jackson’s did.

I don’t know how many people bought Abel’s “Book of Beer.” I’m certain it didn’t sell millions and go on to be translated into many different languages—as did Jackson’s “World Guide to Beer,” which frankly is the better book. It’s more ambitious, better written, with prettier pictures, and relies less on pubby anecdotes. Jackson’s 1977 “World Guide” might be the most influential beer book ever written, all things considered, and Jackson—who died nine years ago this past Tuesday—remains the most influential writer on the subject of beer.

But Abel has this over him: His book came out first, in 1976, the year of our Bicentennial.

The books are, er, different. Jackson’s cosmopolitan, erudite book provides a thoughtful window to the international variety that most people hadn’t experienced or ever really thought much about. Abel’s “Book of Beer,” on the other hand, does a bit of that—Chaper 16 is “Beers of the World—Worth Knowing About.” But mostly, it focuses on American beer and bars. It includes some history, several epic pub crawls in major cities, and a handful of the greater and lesser breweries from that time. It’s a rougher book, almost gritty. While Jackson might have written his in a Victorian pub, Abel’s might have been scribbled on napkins in the back corner of a New York dive.

In short, it’s an interesting, if messy, portrait of American beer 40 years ago, written by someone who loved the subject.

There was no “craft beer” in 1976, no talk of microbreweries. The book’s high point—if you’re a curious American drinker in the year 1976—might well be Abel’s chapter on Anchor Steam and the persuasive Fritz Maytag, who he described as “a well-built, forthright man of strong opinions, especially about beer.” Maytag was in his late 30s at that time.

“It tastes like water,” Maytag said of American beer. “Honestly, I’m just not interested in lager beers of the type that are brewed here in the United States. They all have as little flavor as possible, and they all taste exactly the same. That’s intentional, of course. I hear it from the horse’s mouth, from brewmasters of other breweries, every day. Any brewer with any sense is trying to make a beer that’s just as bland as everybody else’s.”

The last chapter of the book is titled “A Sober Look at Beer in America.” In it, Abel discusses the incredible shrinking brewery counts. “There were twenty-five breweries in Chicago around 1950. Now there is one. In Wisconsin in the 1950s, there were seventy-two brewers. Now there are nine. … What is happening is that the rich are staying rich while the survivors struggle to stay around… .”

While Abel feared that American beer’s best days were behind it⎯apparently he saw no reason in 1976 to be optimistic⎯he could be rhapsodic about the beers of Europe, particularly Britain and Germany.

Abel’s interest in beer kindled when the U.S. Army posted him to Ansbach, Germany, in the 1950s—not just anywhere, beer-wise, but in Franconia. “The local brewers were just fine, the beer from Munich and Würzburg magnificent,” he wrote. “In truth, I never had a bad glass, stein, liter mug of beer in Germany.” He decided it was because they were both fresh and unpasteurized—sentiments echoed elsewhere in the book by Maytag,

Abel also was savvy to the efforts of Campaign for Real Ale (CAMRA) in the UK, and delighted in trying the beers from smaller brewers in various pubs.

The book even includes a chapter on homebrewing, technically still illegal at that time (Congress and President Carter didn’t legalize it nationally until 1978). He seemed to appreciate the vaguely clandestine nature of it.

Abel, you see, was not a beer writer. There were no beer writers in 1976, no more than there was craft beer to write about. Abel was a New York freelancer and book editor who, in his late 40s, decided to write about something he enjoyed. Reading the “Book of Beer,” one gets the impression that he had been saving up this string for years and finally wove it together⎯not into something authoritative and orderly, but into something entertaining if chaotic.

Abel also was an occasional contributor to The New York Times. In 1972, a letter to the editor mentioned Abel, written by none other than Abbie Hoffman. Abel had reviewed Hoffman’s spoken-word record, “Wake Up, America,” concluding that Hoffman should have stolen the recording before it was issued.

Abel was a behind-the-scenes type. Author Tad Richards’ first novel, under the pseudonym William Shears, was a piece of soft-core smut called “The Golden Fleece,” and Abel was its editor. According to Richards, it was Dell’s second-best seller in the summer of 1969, only behind Antonia Fraser’s “Mary Queen of Scots.” Richards says Abel was “one of the great men in his field. … It may have been a soft-core paperback throwaway, but Bob took it as seriously as a great editor takes any manuscript that comes over his desk. … [R]ewriting the manuscript from Bob’s notes was the best writing course I ever took.”

Abel also edited a magazine called Harvey, self-named by its publisher Harvey Shapiro—a former executive editor at Hustler. It was soft-core erotica, its subtitle: “For loving people.” The first issue featured a profile of Woody Allen. A New York Magazine article about Harvey quoted Abel, “We won’t have any investigative reporting,” he said. “We can’t afford it, and nobody gives a damn.”

The second issue of Harvey included an article—mentioned on the cover below the image of two women kissing—titled, “The Best Damn Beer in America.” That was in January 1980. I don’t know what beer they proclaimed as the best, because I don’t have the magazine, but based on the “Book of Beer,” I can make an educated guess: probably Anchor Steam.

I’d love to ask Mr. Abel about all these things, but I can’t. He died of cancer in December 1981, at the age of 50. By then, I suppose Abel might have heard about Sierra Nevada, which launched in 1979. Maybe he even heard about Jack McAuliffe’s New Albion, which started brewing the year after his book came out. If Abel had written a new edition of his “Book of Beer,” or even something more authoritative, it might have struck a more optimistic tone.

As it was, these are his book’s final words: “But it could well be that one day our local beers will all be Bud or Schlitz or Pabst or a very few others. And when that day comes, it will be a very sad one indeed because we’ll have lost yet again a little of the individualism that America was once all about.”

Beer Master - September 27, 2021 0
With 2013 fading in the rearview mirror, I’m ready to confess: These were the most unpredictable 12 months of beer in recent memory. This...

Are IBUs misleading when it comes to dry-hopped beers?