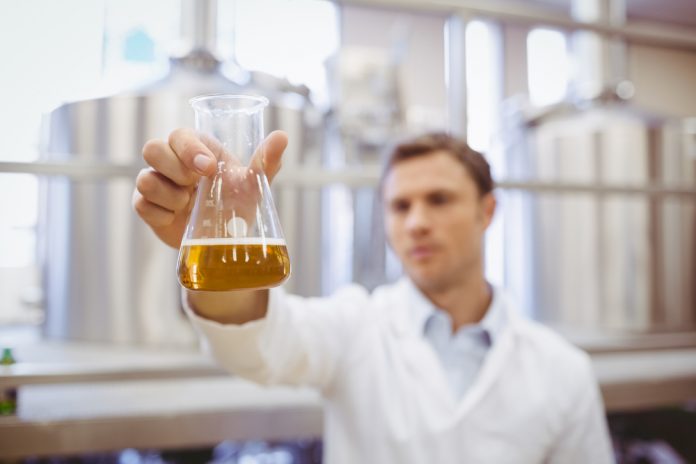 You’re a fan of sour beers, you’ve definitely seen some tough-to-spell bacteria and yeast names thrown around. Brett, lacto and pedio are sort of the Three Musketeers of sour beers, producing some of the flavors that make beers distinctly funky, sour and tart. (I spotted a guy at Upland‘s Sour, Wild & Funk Fest two years ago wearing this shirt. Well played, sir.) Though people often refer to these bacteria and yeast in the same breath, it’s worth taking time to explore each on its own. I asked Michael Dawson, brand manager at Wyeast Laboratories, which supplies liquid brewing cultures, for the lowdown on what each microbe does.

To understand these three terms, though, we need to begin with the two types of fermentation: wild and single-culture. Single-culture means one strain of yeast is introduced to eat up the sugars in wort, converting them to alcohol. Sour beers, on the other hand, undergo wild or mixed fermentation, meaning multiple types of yeast and bacteria work together symbiotically to turn sugar to alcohol. Within the category of wild ales, beers can be subject to either controlled or open-air fermentation. Controlled fermentation means brewers use multiple types of yeast and bacteria, but have selected exactly which strains enter the tanks. Open-air fermentation is exactly what it sounds like: Tanks are left partially open, allowing bacteria and wild yeast to drift in naturally from the environment. This method gives the beer a sense of place; open-air fermentation is what makes some Belgian beers taste so characteristically Belgian.

Prior to the work of Louis Pasteur, the invention of modern refrigeration and the discovery of microbiology, beer underwent mixed fermentation. Most non-wild beer today, though, is fermented with a single yeast strain, saccharomyces. But it is when brewers deliberately introduce other yeasts and bacteria that things get funky, mostly through the addition of these three microbes: