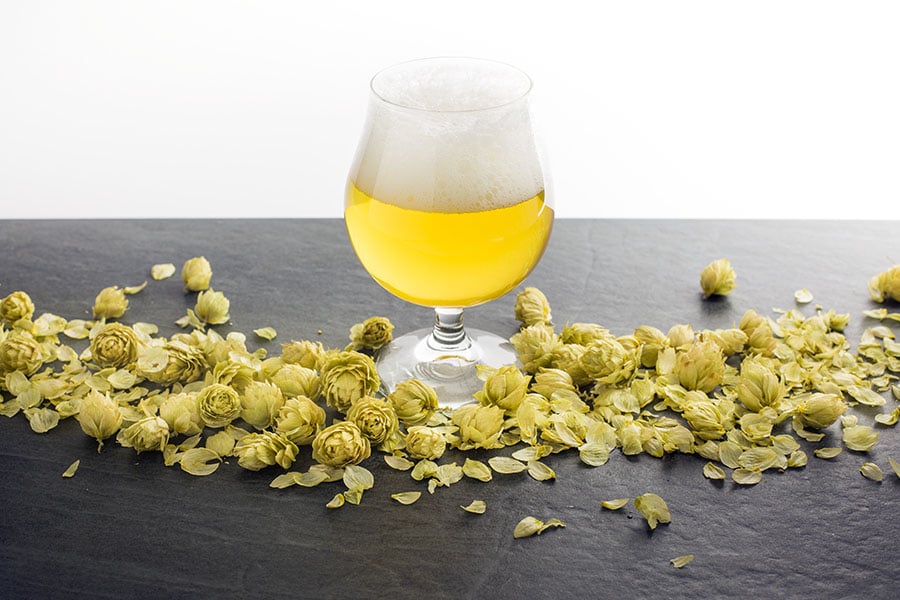 Some brewers have called for a swift death to IBUs, or international bittering units, as a data point for consumers. Critics say IBUs are a poor measure of how bitter a beer actually tastes, and that they don’t have much relevance to contemporary varieties of IPAs and pale ales.

New research suggests that’s especially true when it comes to dry-hopped beers. Dry hopping is the process of adding hops to the beer after the wort’s been boiled; because these hops aren’t boiled, they impart more aroma and flavor and less bitterness than early-addition hops. Two presentations at the American Society of Brewing Chemists‘ World Brewing Conference in August focused on IBUs’ measurement in dry-hopped beers and found that, because of specific chemical changes that occur as a result of dry hopping, IBUs are perhaps even less relevant in describing those beers than others.

Why does this matter? Dry hopping is a huge tool in the movement among some breweries toward more aromatic, less bitter IPAs. It’s also an increasingly popular subset of sour beers (see: Grimm Rainbow Dome, Almanac Simcoe Sour and other dry-hopped sours), which are especially problematic in terms of IBU measurement for reasons I’ll explain in a bit. Plenty of beers are dry-hopped, even when the label doesn’t advertise that. So, some researchers say, if IBUs aren’t accurately describing those beers’ bitterness, we should probably stop talking about them as a bitterness measurement and work toward a better quantification.

“There’s a backlash to listing IBUs, because once you get above 35 or 40, it’s not even a really good estimation for what you’re drinking. Once you get beyond a pilsner, there’s so much else at play,” says Kurt Driesner, quality assurance director at St. Louis’ Urban Chestnut Brewing Co. and one of the researchers who presented at the conference. “Some breweries are doing [IBU] calculations rather than measurements; they’re calculating 120 IBUs in an IPA but they know, given solubility, that’s not even possible.* I felt like as an industry we were lying to consumers, not overtly, but out of ignorance.”

[*Editor’s note: Bitterness and IBUs are dependent on the solubility of iso-alpha-acids in wort and their presence in the fermented beer, so depending on certain chemical factors, there is a practical limit to IBUs. Its exact number is a source of debate; some say 100 IBUs is the threshold.]

Driesner’s research focused in part on what happens to a beer’s pH when it’s dry-hopped. He found that dry hopping raises a beer’s pH, which is known to increase its perceived bitterness. When IBUs were agreed to as a brewing measurement in 1967, beers were not dry-hopped; they were mostly pilsners; and pH was assumed to be standard at about 4.5. Today, sour beers may have pHs around 3.5. ABVs back then were also fairly consistent; contemporary brewers have thrown that completely out the window. Because Driesner found that a number of factors—pH, ABV, levels of residual sugar in the beer—affect perceived bitterness, he proposes that we not totally kill IBUs, but incorporate them into an algorithm.

“As with many things in our life, an algorithm is in order. To calculate perceived IBUs or PIBUs, you’d take the base IBUs and factor in pH and ABV and residual sugar and the green [hop] material’s dynamics in the beer,” Driesner says. “So if you had all these corrective factors in the algorithm, you cold plug it in and it would give you a quantifiable number. There’d be a different algorithm for sours, for stouts, for pale ales and IPAs.”

A second researcher who presented at the conference, Willi Mitter, technical director at hop grower/processor Hopsteiner, also suggests an algorithm for determining what he refers to as “calculated bitterness.” His takes into account and weighs iso-alpha acids, alpha acids and humulones, the various hop-derived alpha acids that affect bitterness in beer. (The formula looks like a terribly long, multi-parenthetical math problem that this beer editor is probably not qualified to work on without a TI-83 calculator.)

Beyond developing this algorithm, though, Mitter’s research found that at different levels of dry-hopping, the gap between IBUs and sensory bitterness (what his trained tasters perceived) can vary wildly. He also found that when the same beer was dry hopped with the same strain of hop pellets versus hop oils, IBU measurements were markedly different while sensory/perceived bitterness stayed relatively constant. See Mitter’s charts below for a visual representation of this.

Still with me? Great. (You must be a homebrewer.) This research, beyond its nitty-gritty, is important for all beer drinkers—and, indeed, breweries—to consider, because it continues to call into question whether IBUs are truly the standard unit by which we should be discussing beers’ bitterness. The more radical wing of the anti-IBU faction might say that we need to do away with measuring bitterness altogether, but I don’t feel the need to throw the baby out with the bath water … er, second runnings? Instead, I think it’s promising that researchers are developing more nuanced tools for measuring hop bitterness in a meaningful way. IBUs were an effective tool with regard to the beers being produced in 1967. Now it’s almost 2017; perhaps we’re due for an update. 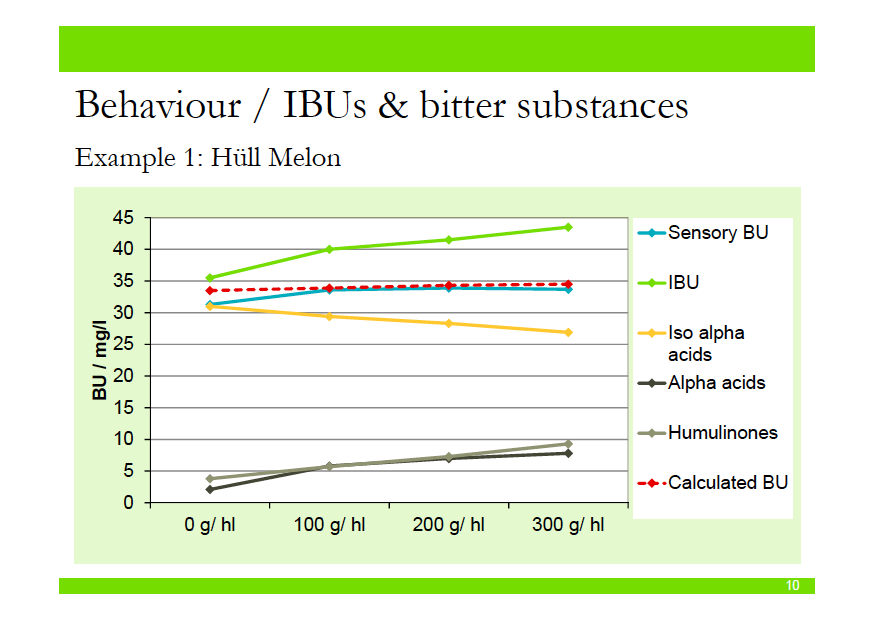 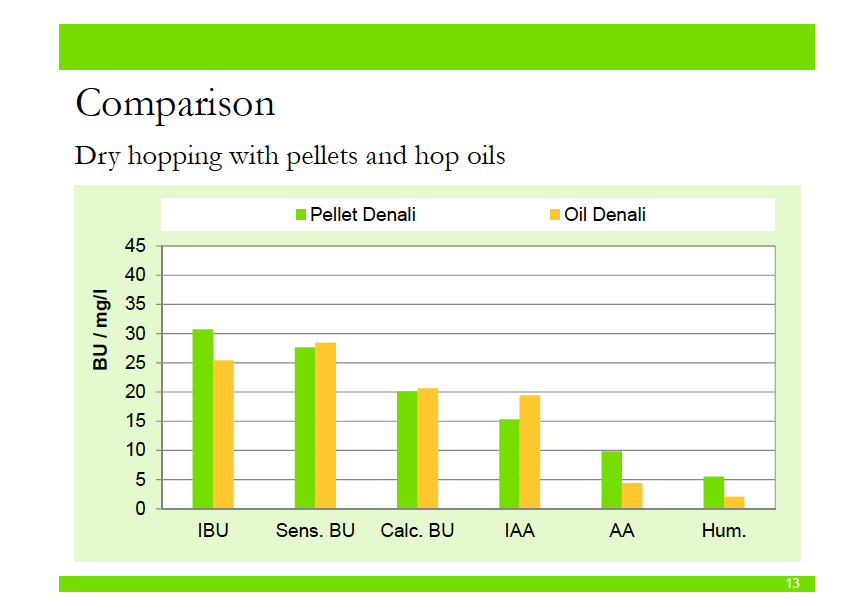