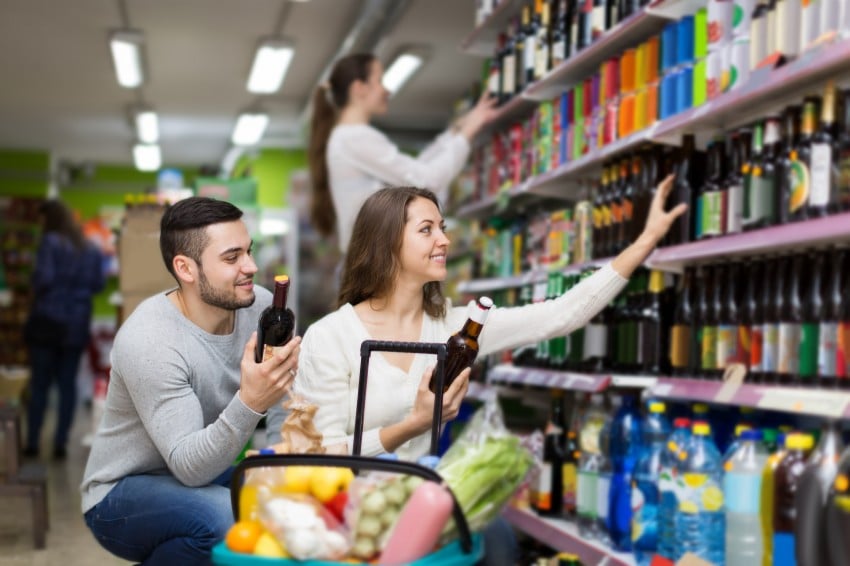 We each have our own reasons for drinking craft beer, whether that has to do with flavor, consumer values, or just to fit in with our friends. It’s interesting, though, to peek at why other people buy craft beer, and whether those motivations align with how we imagine “craft drinkers” as a whole. (After all, we do often think of ourselves as some sort of a clan, no?)

The Brewers Association and Nielsen Research this spring conducted a nationally representative survey of more than 1,000 regular craft beer drinkers, 58 percent of whom said they consume craft beer at least weekly. Here are some of the more interesting findings:

‘Craft’ signifies many things to consumers. Highest on the list of associations were the phrases small/independent company, hand-crafted and small-batch production. Choosing a beer that is ‘locally made’ mattered to 52% of craft beer drinkers, and has increased in importance from just a few years ago. 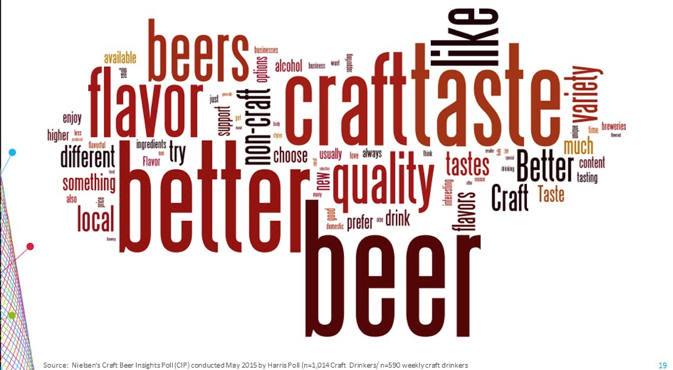 Consumers like craft over non-craft beer for ideological and quality reasons. The word cloud that aggregated responses to the question “Why would you choose a craft beer?” revealed high instances of words like taste, flavor, variety, better, and local. Seventy-six percent of respondents said that craft beer quality has improved as a whole over the past couple of years. Craft beer drinkers are a passionate bunch, but you already knew that.

Variety is king, and craft beer drinkers are always looking for the next new beer to love. In a typical month, respondents said they purchase 3.6 different brands of craft beer. For the segment of people who drinks craft beer at least weekly, this increased to 4.4 different brands.

What influences which new beers consumers try? Flavor, freshness, aroma, ingredients, bitterness level, whether it was independently brewed and appearance all ranked higher than a beer’s alcohol content in terms of influential factors. Does this surprise you? ABV is one of the top four things I check out when choosing a beer, but clearly I’m in the minority. Friends’ recommendations matter, too, of course. Those were the number one source of recommendations, followed by crowd-sourced reviews (RateBeer, BeerAdvocate, Untappd), followed by professional recommendations (you know, like DRAFT’s reviews).

People mostly drink craft beer at home. Bars are still very important, especially when it comes to introducing people to new beers, but the majority of the survey respondents said they drink craft beer at home or a friend’s house. No surprise: Sporting events ranked last as occasions to drink beer, mostly for lack of choices, I’d speculate. Consumers are also increasingly likely to drink beer with food, and 60 percent are likely to choose a specific beer style based on the food they’re eating. (If you’re one of those folks, get your eyeballs over to our food-and-beer pairing resources.)

Now for the head scratcher: Freshness was much more highly associated with bottled beer than canned beer. Huh? The survey showed 47 percent of people would buy a bottle for freshness reasons, while only 4 percent would do so for a can. Breweries, get the word out about how awesome cans are at keeping out light! It seems there’s still a lot of work to be done in terms of converting craft beer drinkers to can fans.

Which of these numbers surprises you? What doesn’t jive with your own purchasing habits? I look forward to reading your responses as I sip my low-ABV craft beer…from a can.

Beer Master - September 24, 2021 0
As craft beer has exploded, so has the number of incredible places that serve it. This list celebrates those special haunts with less than...

The most popular beer on TV is totally fake