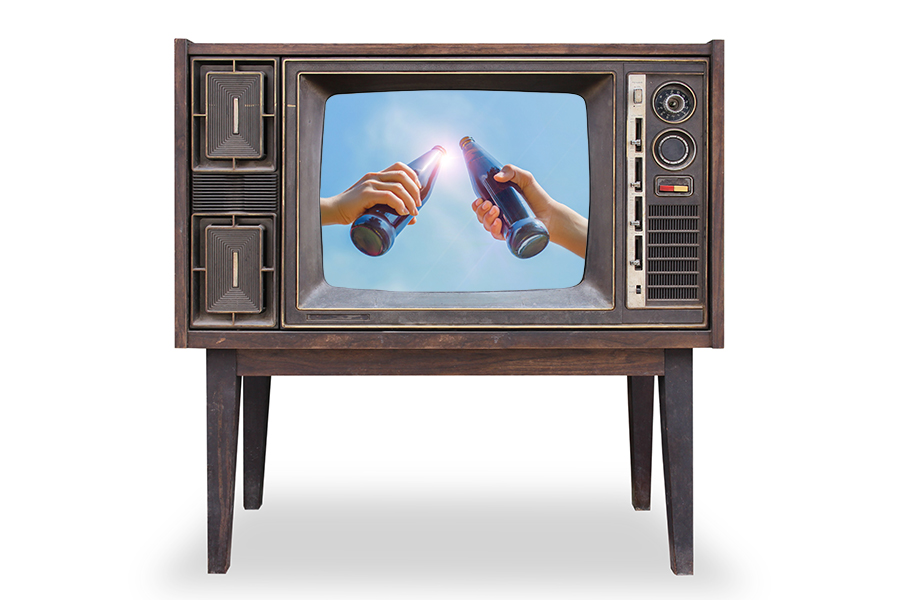 Beer geeks do not watch television or movies like normal people do. The difference is impossible to notice most of the time, but should a bottle or can of beer appear on-screen, it becomes clear: The beer geek transforms into a forensic detective, scrutinizing the scene with an eagle eye. What beer are they drinking? he wonders. Do my favorite fictional characters share my particular tastes in ale? More often than not, the beer geek’s left wondering, as people on-screen seem quite skilled at drinking with the label facing away from the camera. But sometimes, through the magic of high-definition recording and pause-and-rewind television, it’s clearly visible. And in these joyful moments, one beer name appears more than any other: Heisler.

Everybody drinks Heisler. The beer’s shown up in episodes of “Brooklyn Nine Nine,” “Heroes,” “It’s Always Sunny in Philadelphia,” “My Name is Earl” and “Parks and Recreation.” Mexican gangsters sipped some while chatting with Ethan Hawke in 2001’s “Training Day.” Jesse Eisenberg’s Mark Zuckerberg had bottles strewn about his apartment in the 2010 movie “The Social Network”. The guys from “Workaholics” love the stuff. Cans of Heisler even appear in an episode of “Star Trek: Enterprise.” It’s the Bud Light of fake beers.

The brewery behind the most popular beer in the on-screen world it isn’t a brewery at all, but a Hollywood prop house called Independent Studio Services. Along with equipment from taxidermied animals to mock AK-47s, ISS produces an entire portfolio of fake beers, including Cerveza Clara (a favorite of the study group on “Community”), Jekyll Island (seen on both “Lost” and “Dexter”) and a slew of others: Bilson, Penzburg, Haberkern, O’Farren, and even the straightforward Premium Light.

If some of those names seem vaguely familiar, that’s no accident. Marvin Mancia, who manages Studio Graphics, the division of ISS responsible for creating these beers, says movie and TV studios often ask him to design something that looks or sounds like an existing beer but is just different enough to avoid any potential legal issues. Once the studio uses the beer, ISS keeps control of its name and label design, and can shop the beer out to other clients. In total, the company owns the rights to more than a dozen fake beer brands, including, Mancia says, a few that mimic popular craft beers.

Well, their names and label designs, anyway. ISS doesn’t actually brew any of the beers it provides.

“We just do the labels,” Mancia says. “We buy O’Doul’s, strip the original label and put our label on it.”

Why O’Doul’s? Because it’s non-alcoholic, of course, which enables actors to drink on-camera without fear of forgetting their lines. (Mancia says ISS also sometimes uses St. Pauli N.A. or cans of drinking water, depending on whether the shot calls for brown bottles, green bottles or cans.) Using real, relabeled beers ensures the cans and bottles feel the same, weigh the same, and make the same satisfying hiss when cracked open as any normal beer would. Close up, the labels even look exactly like they would on a real beer, down to the government warnings and recycling values—an important aspect in the age of ultra-high-definition TVs.

But here’s the big question: Why is stocking a TV character’s fridge with beer that doesn’t exist even necessary? Real-world breweries pay big bucks to have their brands represented on-screen—it cost Heineken a reported $45 million to get James Bond to forego his trademark vodka martini for one of the brewery’s stubby green bottles in the 2012 movie Skyfall. But even if the money behind product placement is substantial, it’s often more trouble than it’s worth. That’s because beer—which has been known, on occasion, to get people drunk and do silly things—is often used as a plot device that breweries might not approve of, Mancia says.

“If a character is going to hit someone with the bottle, a real company isn’t going to want that as an example of what someone who drinks their beer does,” he says.

If that bottle has a Budweiser label, for instance, AB InBev might feel its brand is being maligned and sue for defamation; the use of a prop beer ensures producers avoid any possible litigation. Perhaps more importantly, it helps networks get around advertising conflicts that might arise during commercial breaks. It’s easier to sell ad space to MillerCoors if TV characters aren’t drinking Budweiser throughout the show.

All of which adds up to a surprising demand for fake beer on TV and movie sets. According to Mancia, ISS provides prop beer—at a price of $15 per bottle or can—to more than 100 different TV shows and movies each year, and each of them uses between 50 to 100 bottles and cans a season.

“It’s a lot of beer,” he says. “We’re constantly buying cases and cases of O’Doul’s.”