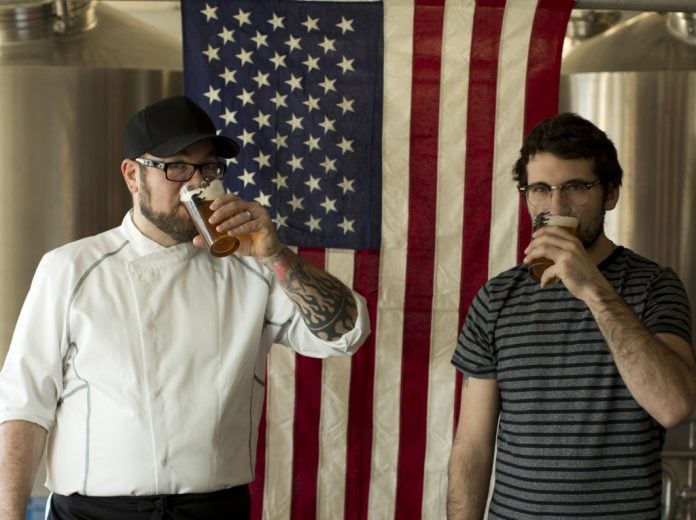 When Denmark’s Mikkeller and Munster, Indiana’s Three Floyds team up, the results are anything but normal. Expect some curve balls from WarPigs, the collaborative brewpub opening in Copenhagen April 10—and set your airfare price alert for trips to Denmark. Here are the CliffsNotes on the new venture:

1. The beer: 22 taps will pour made-on-site drafts from WarPigs, Three Floyds and Mikkeller, as well as guest brewers. Those include six permanent house beers, 15 rotating “experimental” and guest beers, and a draft cocktail. Limited bottles will only be available at the brewery and through the WarPigs website.

2. The food: A Danish brewpub serving Texas-style barbecue? Sure. WarPigs has tapped Andrew Hroza (who has some rock ‘n’ roll catering under his belt, as well as a stint as head chef at Goose Island’s brewpubs) to head up its kitchen.

3. The yeast: Yeast laboratory White Labs will set up shop inside WarPigs, the lab’s first entree into Europe, allowing the brewery to monitor and produce its own yeast strains in-house.

4. The Troopers: One does not merely gain access to all parts of this beer nirvana. WarPigs has a fan club of sorts, members of which are called Troopers and have special access to events and perks. There are five levels of membership which could include mug club membership, brewery swag, access to private events and more. They don’t come cheap, though: level one (Trooper) membership costs $100. See more at the WarPigs website.

That’s the quick-and-dirty lowdown. There will likely be surprises, crazy beer and metal when the bar opens next month. Plenty, plenty of metal.

Beer Master - September 24, 2021 0
The nearly extinct Grodziskie is slowly coming back, and it’s the brewer’s best guess at how it should taste. Perhaps beer brewed in the manner...