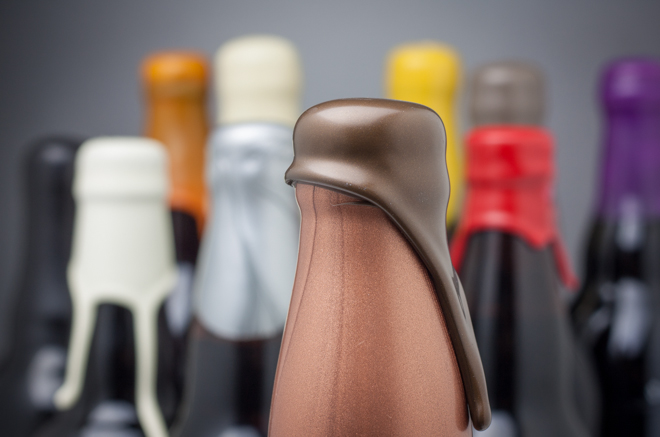 It’s stout season, and that means I’m delighting over beautiful pours of velvety imperials with dark, inviting heads. It also means I’m struggling like a grandma opening a pickle jar when I try to cut through wax seals. After a few weeks of hacking away at what feels like inches of hard wax in every color imaginable, I’ve grown frustrated. Sure, the wax looks fancy. But is there a scientific reason for the coating to stand between me and my beer? Some claim that a layer of wax helps keep air out of the bottle, reducing the chance of oxidation. Is this necessary on a bottle that’s already cap-sealed, though? Let’s nerd out.

My first call was to Dr. Andrew L. Waterhouse, a researcher and professor of enology at U.C. Davis who studies the effects of oxidation on wine. He told me he couldn’t speak to beer specifically, and that a cursory search of the literature on oxygen permeability of wax didn’t yield much useful information. He told me his instincts said that if a bottle was capped with a crown, the wax shouldn’t matter much, but that it wasn’t his area of expertise. So I hit the scientific journals.

There are plenty of studies out there about wine and oxidation, and a ton of beer message board threads dedicated to the wax debate. Between those two, though, there’s a gulf. It seems no one’s written, scientifically, about whether wax seals prevent oxygen from sneaking through caps and corks to ruin beer.

This is where the wine research made me pause. Plenty of wineries, and breweries, look favorably on micro-oxidation of their liquids. Micro-oxidation—when a miniscule amount of air seeps into a beer or wine through the cap or cork—rounds out flavors and softens alcohol. It’s why we age beer and wine, after all. If nothing changed about it in the bottle, we could drink those barrel-aged stouts and Burgundies right after they come off the bottling line. A completely closed environment isn’t exactly what we’re after.

At the end of my deep library dive, I came away firmly in the anti-wax camp. If we don’t need a 100-percent sealed environment, and if the wax can’t be proven to do much to preserve beer’s flavor, then what’s the point, beyond aesthetics? I appreciate a beautiful bottle as much as the next drinker, but it’s hard to give the package style points when I’m bandaging the finger I sliced on my wax-opening pen knife.

How to: Make chicha at home (spit optional)