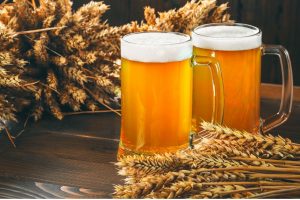 Golden Promise vs Maris Otter often confuses beer lovers. Brewers now have a variety of base malts to select from, varying from mildly kilned Pils malts to tanner alternatives, all of which impart distinct qualities to beer.

There are many varieties of base malt within particular categories. Their flavor is due to the barley varieties, malting strategy, and kilning procedure, among other factors.

Both malts are well-known for their distinct characteristics. Here you will learn more about the Golden Promise and Maris Otter malts, their characteristics, differences, and so on.

What Is Golden Promise?

Golden Promise is a traditional spring barley variety from the United Kingdom. It first appeared on the scene in 1967 and was designed for Scotland’s rainy and windy climate. It used to be very famous, reaching a peak in the 1970s, when it controlled 90 percent of the barley market. Newer strains of barley have subsequently supplanted it, although it remains the final choice for the Glengoyne and Macallan distilleries. 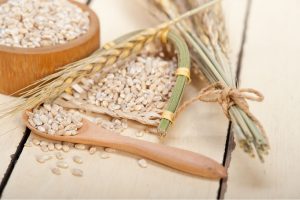 It was short, stiff straw, and adaptable for modern agronomic practices, both of which are partly due to a mutation that activated the ari-e GP dwarfing gene.

Golden Promise is a highly modified malt that you may easily convert into a single infusion mash. For some styles, it can make up the whole grain bill. In other circumstances, a proportion of Golden Promise is added to the grain bill to provide a beer with a deeper, more nuanced malt flavor.

Golden Promise has adequate diastatic strength to convert themselves or any specialized grains for extract brewers interested in mini-mashing. It can also add a mellow sweetness to overall malt characteristics when used in this way.

How To Brew With the Golden Promise?

The Golden Promise pale malt has a long history of usage in British ales and brews, and it works well as a foundation malt. Unfortunately, the malt isn’t as popular as it once was, but it’s still readily available.

You must keep Golden Promise malt properly if you plan to use it in your homebrews. If you don’t do this, the malt will break down and acquire a darker color over time, preventing you from getting the great-tasting brews and ales you want.

Golden Promise Malt may work as a foundation malt (because of its high diastatic power), and you can also use it to make up 100 percent of the grain in some beverages. This malt can also be used in a single infusion mash.

You may use this as a foundation malt and then add grains later in the process to make some delicious beers. Although Golden Promise Malt has a great refreshing flavor, many people use darker malts to balance it out.

Golden Promise is a versatile malt that you can combine with various other malts and hops to make beverages, including stouts, IPAs, brews, Ales, Lagers, and English Bitters.

Features of the Golden Promise

Here are the features of the Golden Promise.

The color of the Golden Promise is generally between 2.2 and 3.0 L (Lovibond). Golden Promise makes a mellow wort that is quite sweet. Low-temperature kilning makes  the low-color Golden Promise ideal for Cask IPAs and Light-Colored Ales. This produces delicious beers by providing the foundation of any malt without adding color.

Pale ale of the highest quality Golden Promise provides beers, especially those with more hops, a lovely fuller mouthfeel, and balance. It has a clear and well-rounded flavor with a mild malty taste and mellow sweetness. Malt aromas are sweet and strong, with hints of caramel. Golden Promise is a versatile and adaptable canvas for flavor exploration.

Golden Promise malt is made of various ingredients that contribute to its unique and refreshing flavor.

Many people use Golden Promise in combination with a variety of hop varieties to make fantastic beers. Hops (Cascade and Centennial perform well), gypsum, ale yeast, calcium chloride, and lactic acid are all common ingredients in a Pale Ale made using Golden Promise malt.

– Ideas for a Golden Promise Substitute:

What Is Maris Otter? 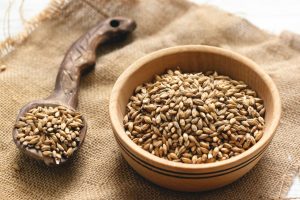 The closest natural counterpart to Golden Promise is Maris Otter malts. This malt has a low nitrogen level and has a distinct malty taste. Maris Otter is used in numerous English and Scottish beers and ales, and you can use it to make spectacular homebrews by combining it with various hops.

Maris Otter (Barley) is a traditional winter barley variety. It is a two-row, low-protein variety with deep origins in English brewing. It is now widely regarded as the foundation malt for British ale characteristics. Maris Otter quickly gained popularity among brewers because of its malting uniformity and high enzymatic strength, making it simple to malt and mash.

It is a good malt for beginners since it develops rapidly after harvest and has minimal processing issues.

How To Brew With Maris Otter?

Marris Otter is one of the few barleys grown solely to produce great-tasting beers, and its light color is suitable for crisp, refreshing ales. 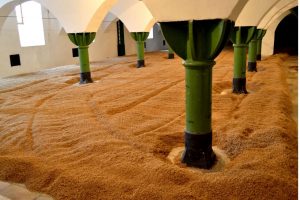 You may use Maris Otter malt as a foundation malt because of its diastatic power, low nitrogen level, and high extract.  You can find Maris Otter in various ale types, although it is most commonly associated with English ales. It’s a well-modified malt that converts quickly in a single infusion mash.

It may make up 100 percent of your grain bill or be used at 20 to 30 percent in almost any recipe where a bit of additional malt flavor is desired with little color pickup.

You can calculate the total Lintner for the whole mash because it is significantly closer to the lower end of the diastatic power range for self-converting malts. This will ensure that your batch has a diastatic power of at least 30 oL.

To achieve this, multiply the Lintner of each grain by the weight of that grain. Then add the results together.

Maris Otter Malt may be used with different malts and hops to make some incredible beers.

Thornbridge Wild Raven, for example, employs Maris Otter Malt and Centennial hops, which give an earthy, flowery scent with a hint of citrus.  You may add more potent hops like Citra or Amarillo to make a light and refreshing ale with more flavor character.

In this section you can find the key features of Maris Otter.

Depending on the batch and maltster, it can range from 2.5 oL to 7 oL (Lovibond). It provides a subtle orange/amber hue to the beer. The Maris Otter Malt profile is slightly darker in color than Golden Promise (5.0 – 7.0 EBC), but they’re a decent substitute if you can’t find any Golden Promise.

Maris Otter is well-known for its malty taste. However, when brewed with Maris Otter, many people find that it gives off a fragrance typical of English ales, with overtones of biscuit. The taste reminds of rich bread with light toast and nuttiness, faint earthiness, and strong malt characteristics. Overall, it is full-bodied and smooth.

Maris Otter is used with Crystal Malt and hops, including Centennial, Colombus, and Simcoe in BrewDog’s Hardcore IPA.

– Ideas for a Maris Otter Substitute:

Both of these base grains are barley species. If placed side by side, they will appear to be identical. They both give your beer a pale color and, when used as the base malt in your recipe, provide the majority of the grain sugar extracted during the mashing process.

These two malts have a greater SRM than commercially available pale malts. Due to the increased amount of toasting, they also have more taste. Remember that Maris Otter and Golden Promise have less diastatic strength than pale malt.

Both malts convert quickly with a single infusion mash. They all have comparable light characteristics that you may hide by adding darker malts. 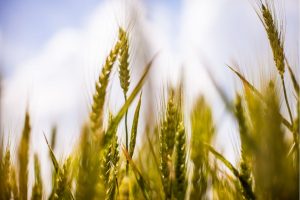 Golden Promise Malts have a mild taste with traces of caramel and are widely used in lagers and ales. Unfortunately, Golden Promise isn’t widely accessible. Since it isn’t as popular as it once was, nonetheless, if you can’t get it, Maris Otter will suffice.

Maris Otter is the best choice for homebrewers because it isn’t too expensive to brew with. You can pick up a bag of Maris Otter or Golden Promise from Adventures in Homebrewing.