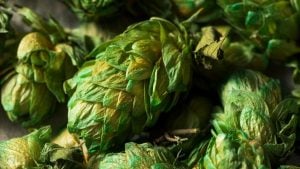 Several types of hops are used by different breweries worldwide to produce beers. These beer hops offer distinct flavors to beers, with some offering bittering attributes while others a spicy aromatic flavor. Beer tasting notes result from the chemical composition of the hop strain.

In this article, we will discuss the different kinds of hops in your favorite beers in detail.

Types of Hops: Classification Based on Their Taste and Smell

There are three major hops classifications based on taste and smell.

The addition of the hops during the start of the boiling stage of brewing gives rise to what we know as bitter hops. However, some hops varieties are flavored specially for bittering purposes. Hops with greater than 10 percent alpha acid content tend to fall under this category.

There are varieties of hops in this class.

The most common ones are:

Their features are summarized in the table below:

This class of hops appeals more to the smell than the taste. The alpha acid content is usually lower, and they tend to have more essential oils in them, which gives them their aromatic smell. Aroma hops are often added towards the end of boiling.

This table summarizes the features of some of the common aromatic hops:

This class, as the name indicates, serves both purposes as they contain high amounts of alpha-acids and essential oils, ensuring balance. You get both the bittering and aromatic flavor. These hops are added at any stage during brewing.

The features of the hops types in this class are:

Hops Varieties: The Different Kinds of Hops Based on Geographical Location

Brewers, like chefs, tend to use more than one hop strain in beer production, which makes it difficult to find beers with a specific kind of hop. Different types of hops are grouped based on the location to which they are natively from. 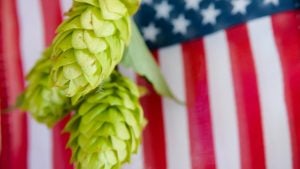 This hop variety is specifically native to North America. American hops are highly appreciated for the acute flavor they possess. They usually contain large amounts of myrcene’s essential oil — a monoterpene.

American hops are often described as being citrusy. However, as you venture into this class of hops, you will discover some with a pine-like, woodsy, floral and fruity aroma. The notable American hops tend to fall under the dual-purpose category, some of which will be discussed below.

Developed sometime around the 1960s in Oregon State, United States, Cascade is a favorite hop choice for pale lagers. They have a characteristic flavor similar to grapefruit.

Cascade hops are classified under dual-purpose, which is one reason for their wide acceptance for commercial and domestic use. Cultivating them is also easy, making them readily available for use by brewers.

This hop type is similar to the Cascade in their aromas, no wonder why it is sometimes called the “super cascade.” They were said to have been developed sometime in the 1970s. Like the Cascade, they are a fine blend of aroma and bittering hops, making them ideal as dual-purpose hops.

This hop is sometimes referred to as Colombia, Tomahawk and Zeus using the abbreviation CTZ. Columbus hops, along with Cascade and Centennial, are regarded as the “Three Cs” hops. They are a group of widely accepted hops used in brewing worldwide.

Unlike the other two of the famous three Cs hops, Columbus is highly rich in alpha acids, making them favorite bittering hops. However, they possess enough essential oils as well, leading to their reputation for being a dual-purpose hop.

This hop is sometimes regarded as a member of the popular Three Cs American hops. They are another dual-purpose hop class with a high alpha acid percentage with a pine-like aroma. Over the years, Chinook hops have become a widely accepted hop variety, making it easy to find them both in the whole and pellet forms.

These hops are not so common, occupying less than two percent of the world beer population. Unlike the American hops that are rich in myrcene, this class contains little monoterpene, allowing other essential oils to flourish.

Fuggle hops have been known to the British since the 1870s and have been a very popular variant ever since. Many find the name interesting, but there’s more to it than its interesting name. It comes in nice aromatic flavors with a little alpha acid content, making it an ideal aroma hop.

This hop is suitable for dual-purpose, serving a fine blend of both bittering and flavored aromatic features thanks to its moderate alpha acid content. It was introduced to breweries sometime around the 1970s and has since been used in many beers in the UK and Europe.

This hop is quite well-known for its distinct lemon-like citrus aroma. Pioneer hops are another dual-purpose variety, having a nice blend of alpha-acid content to go with its pleasant flavor.

Of the three major hop strains, the noble hops are the classiest. They are native to Central Europe — specifically Germany and Czech Republic. As indicated by their name, these hops are often treated with reverence as they are the secret to the traditional Central European pilsners and lagers having distinct flavor profiles.

We will discuss the popular ones in this section.

This is probably Europe’s most popular hop strain. It is native to Germany, sometimes referred to as Hallertau or Hallertauer hops. However, they are now being cultivated in some parts of Australia and the United States.

These hops are specially used for their distinct aromatic flavor not known for bittering options in beers, no wonder they have a low alpha acid content. It is a gentle and floral hop variety, having a spicy or somewhat peppery flavor.

This noble hop is native to a town in the Czech Republic called Saaz. However, it is now being cultivated all over the world. Saaz hops are responsible for the first set of clear beers now known as Pilsners.

Saaz hops are naturally known for their nice aromatic flavors, especially in lager beers native to Europe. In some cases, however, the soft bittering qualities of these beers are now being explored in the production of some Ales.

Like the Saaz hops, these hops earn their name from their location as they are native to the Spalt region of Germany. Spalt hops are popular for their vast range of aromas – woodsy and peppery.

They are native to Germany and are sometimes referred to as German Spalt. They have a low alpha acid content and are not known to be used as bittering options.

Another hop that derives its name directly from the location it grows from is Germany’s Tettnanger. These hops are known for their versatility and can easily be used in combination with other hop strains, giving brewers a fine blend. They have been cross-bred with the British hops Fuggles and cultivated in various parts of the world.

Tetteng, as they are sometimes called, is known for their distinct aroma, having low alpha acid content making them not ideal for bittering qualities. Tettnanger, Spalt and Saaz all have similar flavors and tastes, and they are often used as substitutes for one another during brewing.

Hop Varieties: The Different Types of Hops Used by Breweries

One example is American hops that is native to the American region. We will discuss other hop types in relation to their location with detailed information in subsequent parts of this article.

The amount of alpha acid and essential oils in hops are the major distinguishing features determining the different flavor profiles. In addition, the balance of these two substances distinguishes the taste and smell of hops.

Beer hops with high alpha acid contents tend to give rise to beers with a sharp, bitter taste, while hops with lots of essential oil give off a nice aroma and flavor. However, some strains blend both substances well, making them ideal for bittering and aromatic purposes.

Other Types of Hops Based on Geographical Location

Still on the topic of geographical classification of hops, there are other hops varieties that are native to other regions of the world. Here is a brief overview of some of these hop strains.

These hop varieties are usually woodsy or juicy. Some are fruity, which are often sought after in the US. Some common Australian and New Zealand hops are Galaxy, Motueka, Nelson Sauvin, etc.

Besides the English hops and the Noble hops, several parts of Europe have distinct hop variants specific to a particular region. These European hops are Styrian Goldings of Serbian origin, Tomyski of Polish origin, Aramis of French origin, etc. 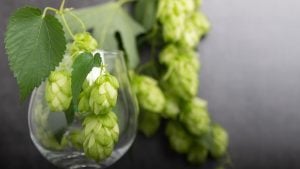 Brewers use different hop types with distinctive features in beer production. Hop flavor profiles you get when tasting beers result from the chemical compositions of hop strains. We covered various kinds of hops used in brewing, so let’s summarize them for easier understanding.

Knowledge of the different beer hops is essential in producing beers with a fine blend of aroma and bittering qualities, and will also help beer lovers choose their favorite hops options from the wide variety available.