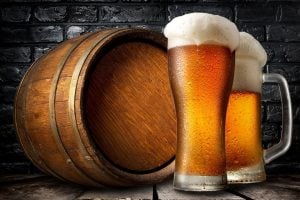 If it’s glass or plastic carboys or buckets without a faucet, you’ll have to transfer the beer by siphoning it into the keg. It’s possible to drain the contents of fermenters that have a faucet straight into the dipping tube.

However, learning how to fill a keg with beer isn’t rocket science, but there are a few tips and tricks that you must keep in mind to smoothen the entire otherwise tedious process. If you plan to brew beer at home, this article is for you!

While installing a kegging system necessitates an initial financial outlay, the time you’ll save justifies the cost. Kegging homebrew eliminates the need for sugar because CO2 acts as the carbonator.

You may also quickly modify the carbonation to your preference. CO2 forces the beer straight into the keg when all other options seem lost. The carbonation rate of kegged beer is faster than bottled beer, which means you shouldn’t have to take as long to get the good stuff. Beverages can be packaged in bottles, but it is a time-intensive, unreliable and messy way. These are some of the many reasons why a large number of homebrewers prefer kegs instead.

Hopefully, you now have a better understanding of the equipment required. And once your beer has finished fermenting and is ready to be conditioned, it’s time to complete the final stage: Have your homebrew properly kegged and packaged.

Before you disassemble the keg or remove the cap, be sure the keg pressure is at its lowest, and it must be empty. It’s best to approach such a situation with extreme caution. For this purpose, most kegs come equipped with a release valve. Substantial pressure can throw components off the keg, which can be hazardous or even lethal.

Disassemble all the fittings, parts, and gaskets, paying close attention to their locations so you can quickly reinstall everything later.

– The Keg Needs To Be Cleaned and Sanitized

Even if your keg is brand new, it’s highly recommended you clean it thoroughly before using it for the first time. The quality and flavor of your beer could be harmed by something that accidentally made its way into the keg. Rule of thumb: Whenever in doubt, wash it!

Let’s Get Into the Cleaning Process!

Use powdered brewery wash (PBW) and 3 gallons of water to wash away residue from an old keg that has been used for brewing. It is recommended to place all of the components in the solution and allow them to soak for a few hours or overnight, according to just how dirty the keg is. Then, using a soft brush or light cleaning pad, clean the keg both inside and out, as well as any other components.

Make use of a thin brush to clean the long dipping tube that extends out of one of the keg’s corners. All fittings should be rinsed and reassembled, with each piece thoroughly inspected for damage or wear as you go. Seals and O-rings should be replaced when necessary.

Remove the beer from the keg and replace it with a new mixture of water and PBW. The keg’s top should be cleaned by sealing it and then turning it upside down to clean the bottom. Allow it to remain in its position for a few hours, then drain and thoroughly rinse with hot water to ensure that all residues have been removed before sanitizing the surface.

Before using it to fill a beer keg, wash your hands thoroughly with soap and warm water, then fill the fermentation container halfway with the solution. Allow for ten minutes of resting time after sealing the keg. After that, flip the keg over and let it sit for ten minutes more. Drain the keg before adding beer, and then let it sit for a few minutes to allow the particles to settle.

– Brew Some Beer Inside the Keg and Drink It Up

Move the beer first from the fermenter or carboy into the keg using a siphoning technique similar to bottling the beer. Avoid splashing the beer to prevent air from entering and oxidizing your beverage.

– Kegs Should Be Sealed and Pressurized

When securing the keg lid, check to see that the gasket is correctly fitted and sealed in place. Open CO2 and adjust the regulator to 10 psi while drawing upon the lid’s bail until it seats correctly and seals. The bail should now be tightened down to 10 psi, and the release valve should be raised for around ten seconds while the gas is flowing.

Once you’ve done that, you’ll be able to remove the oxygen from the keg and replace it with CO2. A 10 to 11 psi pressure will produce around half a gallon of CO2 carbonation when your beer is refrigerated at 40 F.

Since gas pressure fluctuates with temperature, if you’re not refrigerating at 40 F for any reason, you’ll need to modify the CO2 pressure. Keep in mind that as the temperature rises, so does the amount of pressure you’ll require.

You’ve completed the most difficult portion of the process, and your beer will carbonate naturally over the next week or so. However, if you’re impatient and want things to go faster, you can agitate the brew or momentarily increase the CO2 pressure. Simply give the keg a good shake to get things moving.

Thus, more CO2 interacts with the beer and is dissolved into it. Alternately, raise the CO2 pressure to 20 to 25 psi and keep it on for 24 hours or so to have the same effect.

To return to normal operation, reduce the pressure to between 9 and 12 psi. You can expect your beer to be completely carbonated in a few days. 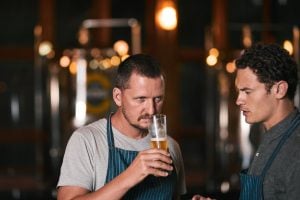 There will always be some uncertainty with the first pour, so don’t get discouraged if it doesn’t go well right away. When utilizing a hose, you may notice that the beer spits out, resulting in excessive foaming.

This is something that should not concern you: Brewing beer displaces the air in the hose, which is not a problem. As long as it’s flowing freely, keep the faucets open!

After a few more pours, you’ll undoubtedly notice that your beer gets murky in a glass. As previously said, there is no actual reason to be alarmed about this. A layer of sediment forms at the bottom of most kegs as a result of the dip tube practically touching the bottom. This sediment contains yeast and hops particles that separate from the beer during cold crashing.

Before the beer becomes clear, you may have to pour another pint or two. If you want to drink this beer, go ahead, but be aware that it may taste yeasty. Alternatively, you can try reducing or bending your dip tub so that it only reaches clear beer to alleviate the problem. As an alternative, you can use a floating dip tube, which draws beer from the top of the keg rather than the bottom.

The Basic Equipment for Kegging Your Beer

You must choose the correct equipment to fill a keg with homebrew before you can begin. A starter system that includes all of the necessary equipment is the most convenient option. If you purchase the complete system, you will need to have the CO2 tank refilled since it comes empty upon delivery.

Acorn kegs, sometimes known as corny kegs, and pin-lock kegs are the two most popular keg alternatives. There are several sizes of corny kegs available for usage in the commercial beverage sector. They are made of stainless steel and are also used as soda kegs for commercial beverage production.

The quick disconnects on the kegs will allow for two different connections to be made. Each keg has two beverage lines: One for CO2 input and one for beer dispensing lines. Reassembly will be easier if you’re aware that the connection to fill a corny keg and gas connectors are of different diameters.

Keep an eye out for the type of keg quick-disconnect your keg employs: It could be ball lock or pin lock. A ball lock keg uses a quick disconnect, but corny kegs are accessible with any type of connection. Regardless of what you choose, make sure you stick with it because the two are incompatible.

Using a larger tank for carbonating many kegs is more cost-effective. The bigger the tank, the easier it will be to carbonate several kegs at the same time. The weight of a CO2 tank can range from 2.5 pounds up to 20 pounds, depending on the model.

While a 10-pound tank is ideal for creating multiple beer kegs at once, a 5-pound tank will still survive for several batches. According to the temperature of the surrounding air, the pressure in an empty tank will be roughly 900 pounds psi.

The pressure of your tank should not fall below 600 psi unless you exchange or replenish it. If you end up purchasing an empty tank and getting it filled, there are a few things to consider. For example, tanks must be re-certified by hydrostatic testing to maintain their certification every five years. If you’re replacing tanks, you don’t need to get them re-certified.

In addition to the tank you’ll need a regulator, since CO2 is under tremendous pressure. CO2 is discharged from the tank through a valve, which reduces and regulates the pressure. You can adjust the regulator by turning the two dials. Using these instruments, you can determine how much beer to put in a keg and how much gas it contains.

Just tighten the regulator valve screw counterclockwise until the desired pressure is reached to change the amount of gas discharged from the tank. Only the valve leading to the keg needs to be adjusted; the main tank valve remains untouched.

Always double-check that the regulator is properly fastened before making any adjustments to the pressure. Remember that there are dangers associated with working with high-pressure gas.

Once the beer is ready to be served, use a beer faucet to distribute it. An inexpensive alternative to a picnic hose is, in fact, a picnic faucet. It’s always possible to build a kegerator or jockey box and install a more attractive faucet handle if you want to go all out.

– A Refrigerator To Keep the Beer Chill

If you plan to refill a keg with homebrew, you’ll need a refrigerator or a brew kettle with temperature control that can be adjusted to temperatures ranging between 33 to 50 F. If the kegerator you choose cannot control the temperature, you can purchase one separately. 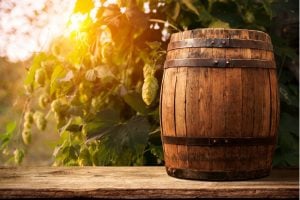 Now that you’ve put beer in a keg, it’s time to drink it! For best results, open the faucet completely before pouring your drink.

Reduce the CO2 pressure if you feel that your beverage is excessively carbonated. Increasing the keg pressure will help freshen up a beer that has become too flat.