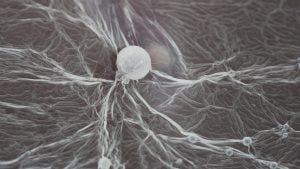 Infected beer presents itself with some clear-cut signs. However, identifying these signs is one of the biggest headaches of homebrewers. Homebrew infection occurs at every skill level of brewing.

In this article, you will learn how to successfully identify infected beer and effective ways of avoiding such infections.

How To Tell if Beer Is Infected: Signs to Watch Out For

Some characteristics tell you that you have contaminated beer. Therefore, you should monitor your wort during the fermentation process to help you identify issues early.

Some signs you should look out for include the following:

These are biofilms formed by bacteria and yeasts on the surface of a fermenting beer. Pellicles form in the area where air comes in contact with the beer surface.

They mostly have a fine, white chalky appearance like yeast floating in beer. Other times, they appear to have medium-sized bubbles or strings that look like spider webs.

Sometimes, they even look similar to normal fermentation. You need to taste a sample to know what to do with your beer. If it tastes okay, you can bottle it and drink the beer as soon as possible. However, you should toss it out if it tastes too sour to enjoy. 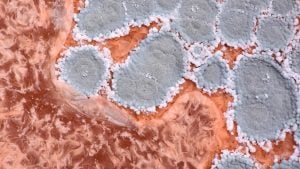 These are white, blue or green dots that appear on top of your wort. If you notice some fuzzy, hair-like patches or foam on top of fermenting beer, then you likely have molds on the beer. Molds grow rapidly and can ruin the beer.

Suppose you discover it early, and, upon sampling your beer, it still tastes alright. In that case, you can gently scoop the mold off with a sanitized spoon. Otherwise, if the taste is not palatable, you should dispose of the beer.

This means that the beer gives a final gravity reading much lower than it should be. The presence of wild bacteria and yeasts can over-ferment the sugars in your beer that standard brewing yeasts won’t. When this happens, your beer will become over-attenuated.

This often suggests the presence of a lurking bug in one of your equipment. If you don’t detect attenuating microbes early, they may continue to ferment sugars inside the bottle. Such continued fermentation may turn the beer into a gusher or cause it to explode.

Infected beer may not show outwardly visible signs of infection, but it may taste really bad. This is the tell-tale sign of contamination. A beer with buttery, sour or vegetative notes is likely to be infected.

Other signs of contaminated beer include the following.

Causes of Infected Beer: When Does Beer Infection Happen?

Most beer infections occur during the fermentation process. This is the period where the conditions support bacterial and yeast growth. Boiling the wort after fermentation and the alcohol present often kills any bacteria.

The common causes of contaminated beers include the following:

Sometimes, beer infection can also occur after fermentation if the beer comes in contact with contaminated gear such as siphoning hoses, bottles or kegs. You do not necessarily need to dump beers that were infected after fermentation, but it may not taste as intended.

The signs of after-fermentation beer infections include off-flavors, presence of mold, haze and over-carbonation. The most likely ways beer can get infected after secondary fermentation include the following:

What To Do With Infected Beer: Is It Safe To Drink?

An infected beer is often safe for drinking, although the word “infection” rings a frightening bell. Some infected beers may not taste downright unpleasant. The brewer has the choice to either toss the whole batch away or make the most out of it.

Moreover, infected beers may correct themselves during the fermentation process, so you may decide to give the beer a few weeks to condition. When a beer starts to produce molds after fermentation, it will unlikely make anybody sick. Such beers already have alcohol, which will prevent the penetration of the brew by the mold.

In this instance, you can just easily scrape off the top of the brew. The carbonation process after fermentation may also help clear up some haze, but it might not change the flavors. Furthermore, homebrewers with enough experience and understanding of aromas and flavors may use oils, seasonings or other adjuncts to remedy the infection.

These additions may disguise or balance out notes. Then, you can identify the point of introduction of the infection. Once you identify the source, you either get rid of it or do something to prevent future occurrences.

Review your brewing methods and use the following tips to prevent having infected beer.

A thorough and sound cleaning process is one of the best practices for homebrews. Clean your utensils by scrubbing, rinsing and soaking them in a hygienic solution. When freshly cooled wort enters your fermenter or your fermented beer is racked off into glass for aging, you must ensure that your vessel is completely clean.

There are various options available. Bleach is a good, inexpensive, but slow cleaning agent that takes about 20 minutes to kill bacteria effectively. B-Brite is also very effective and works very quickly, about 15-30 seconds. It’s a carbonate cleaner that also needs to be rinsed.

Iodophor (an iodine-based cleanser) is a powerful, broad-spectrum pesticide that kills in 30-60 seconds. However, it’s best to soak it first before rinsing; take note that this will stain plastic. Percarbonate cleaners are also very effective on glass, metals and plastics, but they can sometimes be toxic.

For small cleaning jobs, isopropyl alcohol comes in handy. Some examples are cleaning the opening of a bottle, the top and the exterior of a yeast vial or package. Star San is one of the most widely used sanitizers by homebrewers as it is rapidly efficient, non-toxic and safe for food contact.

Remember to rinse your gear with purified water after sanitizing to remove every remaining trace of the sanitizer.

Soaking will not be enough to release all of the organic residues. Cleaning a home brewery requires the most perseverance and elbow grease. Closed fermentation is achieved in carboys, which are the ones that most closely resemble a professional brewing setup.

The main reason for this is that they feature smooth, low-friction surfaces that are not exposed to the environment. Whether the beer is in primary or secondary fermentation, the yeast soon gets to work, creating CO2 and expelling all of the oxygen from the vessel. This is ideal for brewing that is clean and successful.

Oxidation occurs when you introduce oxygen into your beer during fermentation. The most typical technique for beer to oxidize is to oversplash it while transporting or packing it. Always calmly rack your homebrew, prevent splashing, and submerge your clean transfer tube into the next package.

This also applies to bottling. Your completed beer will require priming sugar (a small amount of sugar used to make CO2 in the bottle).

Using inappropriate yeast has thrown many a good recipe and sound brewing process into disarray. As a result, beginner brewers almost always start with hopped-beer kits. They’re simple to make, and everything you will need is already included in the container.

They frequently come with a package of generic yeast under the plastic lid fastened to the top of the can. It may have a weight on it, such as 10 grams, but no further markings or labels. Unfortunately, some of these packs do not come with any labels, and you have no idea what you might be using.

Always use clearly labeled fresh yeast for the best results. 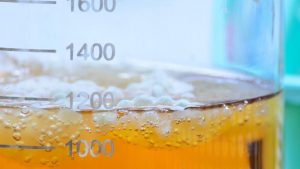 Dealing with infected beer can be a headache for many homebrewers, but proper sanitation and attention to detail can be helpful. In this guide, we discussed how to tell if beer is infected, including the various ways of preventing it from happening.

Here’s a summary of our discussion:

Identifying early signs of infection will help you know the right approach to brewing, but effective preventive measures are always the best way to go.

Skunked Beer: Everything You Need To Know About This Unique Reaction

Beer Sediment: Should You Be Worried When You See It?