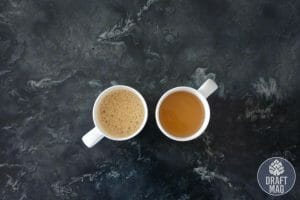 Stout vs Imperial Stouts is the go-to pick for beer enthusiasts who like a nice, strong, and complex brew. Traditionally, stouts were always dark-toned and malty. But with so many new variations of stout hitting the market, you now have plenty of options to choose from, the most popular being imperial stout.

Want to know more about stout vs imperial stout? Keep reading to learn all about them!

What Are the Differences Between Stout and Imperial Stout

The main difference between a stout and imperial stout is that the latter is full-bodied and bigger. They contain more complex flavors like caramel and chocolate with a slight roasted or smoky hint. They are also comparatively stronger than regular stout beers.

What Are Stouts Best For?

Stouts are best known for having both a bitter and a sweet taste, together with the heavy-roasted coffee aroma. On the other hand, they are best qualified with the way they pair perfectly with both cheese and dessert options, hence they go well with sweet and savory.

If you are looking for the perfect balance between bitterness and sweetness, a classic stout is a great pick. The recipe manages to strike the perfect balance between roasted malt and hops flavor notes so that you get a flavorful glass of beer that’s not too bitter. Most of these recipes also come with additional flavor notes of dry fruits, caramel, chocolate, and coffee.

Another thing that you will definitely love about stouts is the quintessential velvety, rich mouthfeel that leaves you feeling full and refreshed.

The color of a traditional stout beer can range from tan to dark brown (it might even range to black, depending on the style). They are usually opaque but with a clear look. Much to the pleasure of beer enthusiasts, stouts get a fairly steady foam head with subtle grainy remnants of add-ons like coffee and dry fruits. You will notice its thick, full-bodied, and creamy texture when poured.

As a beginner, it might be hard for you to differentiate between the different aromas of stout beers and imperial stout. But, if you observe the aroma carefully, you will find it heavily laden with dark, roasted coffee notes. Now, the exact aroma will depend on the style of stout you have chosen. It is one of those recipes that has gone through countless variations. But no matter which bottle of stout you pick, the roasted aroma will be constant.

The food that goes best with stout will again depend on the type of stout you picked. In any case, you can never go wrong with cheese or chocolate. To be safer, go for something roasted, grilled, or barbecued. Whether it’s chicken, beef, lamb, or even fish, anything smoked tastes great with stout.

It’s also one of the few alcoholic beverages that taste great with seafood like oysters. If you are trying to keep it simple, plain french fries and salted peanuts would also be great.

We have been discussing how the flavor, aroma, food pairings, and everything depends on the type of stout you have picked. Below we have a quick overview of the different stout styles:

These stouts are balanced and have a bitter taste because the unfermented malt does not add much sweetness on its own. It has the usual dark brown color with a smooth, velvety texture.

If you want the sweet and creamy texture of lactose in your beer, the milk stout is perfect for you. It has a soft, smooth texture with the final flavor notes similar to a milkshake/

This has to be the most unique variation of stout. The oysters bring in the flavors of sea salt mixed with a chocolaty taste with a hint of caramel.

A lot of people want their stout beer to be sweet without adding too much sugar. In that case, you can opt for the oatmeal stout. Adding this cereal grain also gives it a heavy and filling mouthfeel.

Can’t get over your caffeine addiction? Extend your love for coffee to beer with a coffee stout. Since coffee already has a bittersweet, chocolaty flavor, it pairs brilliantly with stout.

Pastry stout is exactly what it sounds like. These stouts are inspired by pastries and cakes. These stouts also have a high ABV to meet the high standard of sweetness. Strong beer tasting like your favorite dessert – can there be a better combination than this?

Stouts are comparatively stronger than most other beers. With an ABV ranging between seven to eight percent, they can be labeled as one of the premium beers that give you a nice high without making your head hammer, unless, of course, you go for too many rounds.

What Are Imperial Stout the Best Known for? 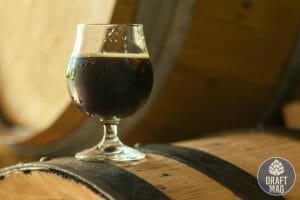 The Imperial stout is best known for its complex taste, it has a sweet and roasted taste at the same time. Furthermore, it is also best for having a darker color than the rest of the stouts, and as you pour it, the carbonation has low moderation.

Imperial stout has a rather complex taste. A blend of hoppy bitterness, sweet and roasted malt, and other flavor add-ons through dry fruits and caramel. The flavor profile of stout and imperial stout is quite similar, with the only difference being that the latter is too sweet.

It has a rather bitter, beer-like taste. If you want to enjoy imperial stout without bitterness, try an American imperial stout with vanilla and maple syrup add-ons. It has a strong, tantalizing mouthfeel that lingers for a long time.

A lot like the standard stout, imperial stout is too dark, almost black, and completely opaque. This type of stout beer also gets a nice thick foam head. The foam formation on pouring indicates that it has low to moderate carbonation. The texture is smooth, thick, and full-bodied, just like a regular stout.

Imperial stout has a similar aroma profile with a few complex add-ons. Depending on the ingredients added by the brewery, you might notice subtle tobacco, chocolate, or coffee notes along with the usually roasted malt aroma.

The best thing about having a glass of imperial stout is that you have plenty of food options to choose from. Since it’s slightly bitter than regular stout, a lot of people like to pair it with some sweet and creamy dessert. If you do not have a pronounced sweet tooth yet want something to compliment the bitter taste, cheese, don’t worry, any cheese of your choice is also a great idea.

For the main course, you can try any of your favorite beef dishes. A classic steak or briskets roasted with your choice of sauce will go well with an imperial stout. You can pair your beef steak with truffle fries or garlic bread.

They are known for their rich malt content, complex aromas, and extra sweetness. They often carry additional flavor notes of maple syrup, chocolate, or vanilla.

If you are trying to look for something a little more strong, the imperial stout is a great choice. With an ABV of nine percent, they are slightly stronger than regular stouts and bring in the same feeling of pleasant high.

– What Brand of Stout Is Most Popular?

Guinness is one of the world’s most popular and best-selling stout beers. It’s known for its creamy texture and long-lasting foam head. Made from barley, you will surely enjoy its intense hop flavors.

Guinness is one of the oldest and most popular imperial stouts known for its robust body and strong flavors. It has a roasty, velvety mouthfeel that leaves behind hints of its flavor long after the drink is gone. Some high-quality Guinness is also known to have subtle bourbon, coconut, or vanilla flavor.

– Is Stout Healthier Than Beer?

First of all, stout itself is a type of beer. Secondly, many dark beers like stout and porters are considered healthier than regular lagers and ales because they have a higher concentration of antioxidants, Vitamin B, and probiotics. This unique combination of nutrients also makes it much safer for your stomach compared to other alcoholic beverages.

Despite belonging to the same family of beers, stout beers, and imperial stout are starkly different and definitely meant for different taste buds. If you are a fan of sweet, dark beer with a rich texture, go for a standard stout. On the other hand, if you would like some little bitterness and complex flavor-add-ons, go for an imperial stout. 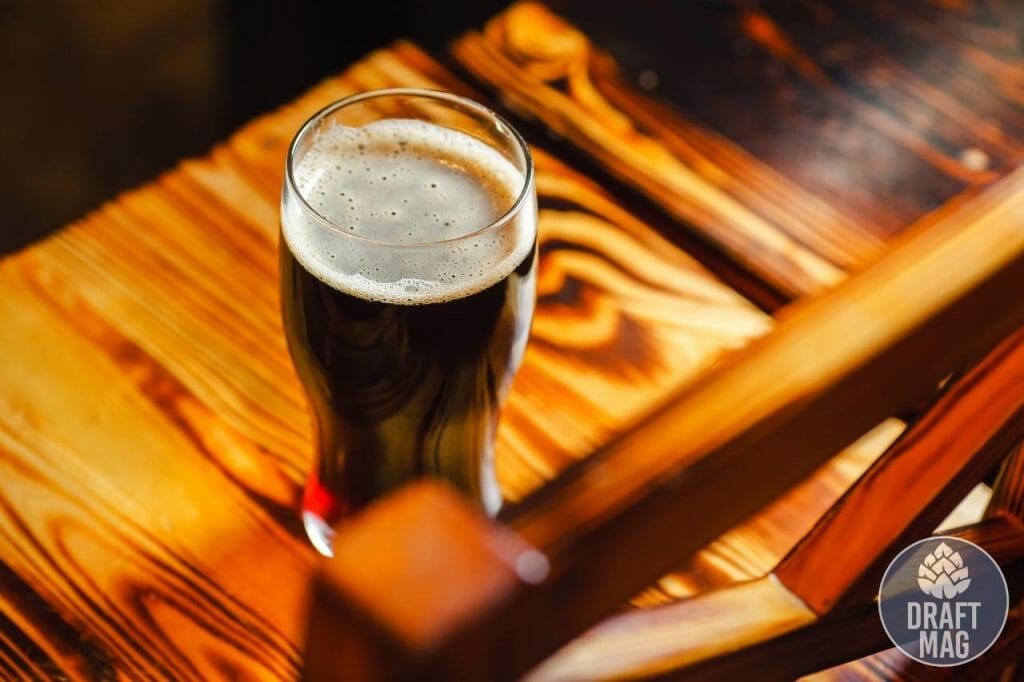 Any stout that is slightly fuller and has a wider range of complex aromas and a higher ABV can be labeled as an imperial stout. Both of these alcoholic beverages have a commendable shelf life which takes one huge concern off your plate. However, if you are looking for a little more variety, go for a standard stout.