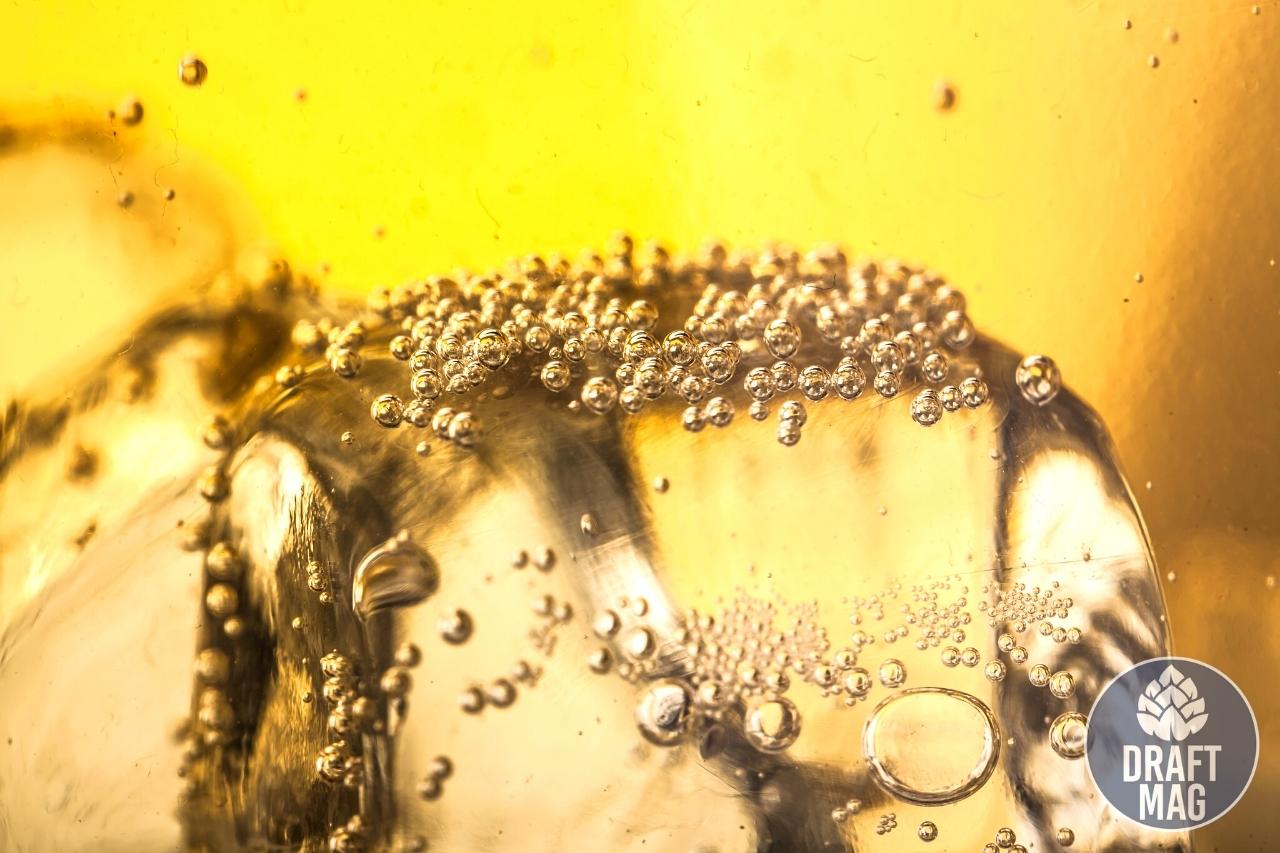 “What is ice beer” has probably crossed your mind at least once, and you’re not the only one. When you hear ice beer, it doesn’t mean adding ice cubes to your beer or drinking those frozen in the fridge.

Many beer lovers aren’t sure about this beer style, but there isn’t much complication around it.

Our article will shed more information on what ice beer is, how to make it, and some popular brands in the market, so read this guide below.

What Is Ice Beer?

Ice beer is a beer style made by using fractional freezing during production. They are strong lagers, and ice crystals are created in the beer because they are brewed at sub-zero temperatures. The ice crystals are drained out of the beer to remove extra water and other impurities.

Ice beer became popular in the United States, the UK, Canada and Japan in the 1990s. Keep in mind that pale lager is also called ice beer in Canada. The process of making ice beer is called freeze distillation.

During the process, water freezes at a higher temperature than ethanol, so the ice obtained from the beer is made up of water and not alcohol. When the ice is removed, there’s a lot of alcohol left in the beer. Making ice beers is also used to make German Eisbock, a solid beer.

If you don’t want to make your own ice beer or are just curious about how this beer tastes, here are the best ice beers you can try out today.

Molson-Coors Canada Inc. makes Molson Ice Beer, and you can be assured that this is of high quality because it comes from one of the largest brewing companies in the world. The beer has won multiple awards and was made with a slow fermentation process.

The fermentation is done with lager yeast, also made by Molson, and then ice-filtered with the process we mentioned above before bottling. When looking at the style profile of this beer, you will notice a golden amber color on the appearance. It seems clear, with a lot of lacing against the cup and decent foaming.

You will perceive hints of hops and corn on the nose, dominated by sweet malt. There’s a lot of carbonation on the mouthfeel with a combination of sweet, dry and hoppy taste lingering on the finish. The ABV is 5.6 percent.

Another recommended beer is the Kulmbacher Eisbock, which has a high alcohol content of 9.2 percent. At first glance, you will notice its rich and clear amber color, but the taste will offer you something completely different. The dominating alcohol scent is combined with aromas of plum and raisin.

One of the benefits of choosing this beer is its drinkable character, as it offers you a robust flavor of roast and caramel with malt and barley once you taste it. After this comes the hoppy flavor, which tastes like subtle pepper and finishes with brown sugar.

Finally, we also recommend the Busch Ice Beer, which is made with a combination of imported hops and American hops. This is made with malt and corn, giving you a balanced taste and pleasant flavor.

It tastes sweet with a smooth finish and offers an above-average alcohol content of 5.9 percent. The smooth-tasting ice beer is best for any occasion, whether drinking at home or enjoying a fancy scene, with a cold feeling and a strong character.

How To Make Ice Beer

Preparing the proper ingredients and following a freezing process are important steps to making a perfect batch of ice beer. 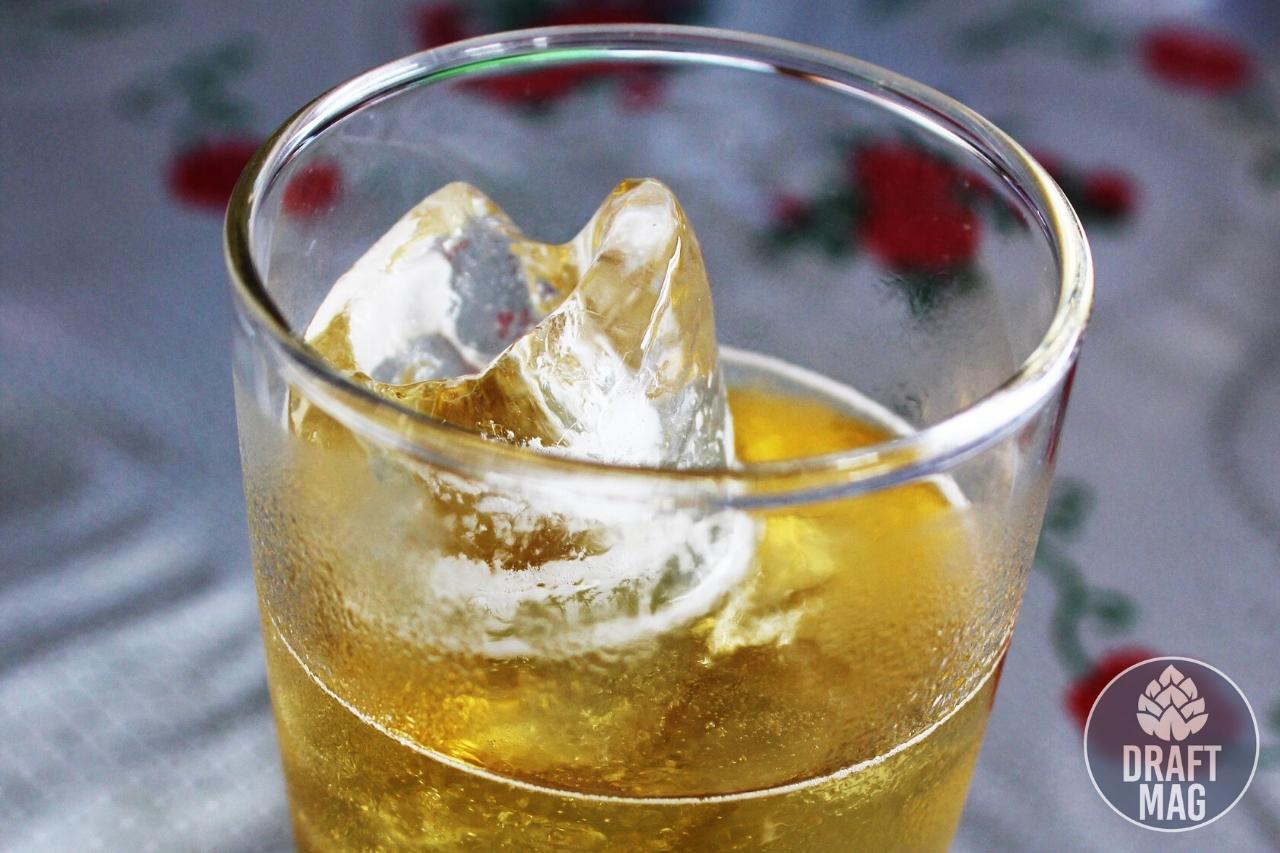 If you’re a homebrewer who is interested in making ice beer in your kitchen, you can follow our recipe guide below to get started.

This is an all-grain recipe with complete information on the ingredients, hop schedule and recommended yeasts. You can fill in the gaps depending on the type of beer you want to make.

– What Type of Hops To Use

When making ice beer, you should use the average amount of flavor hops you were planning to use, but make sure to lower the IBU levels by more than the concentration percentage you were going for. You should avoid a linear reduction. Instead, multiply your anticipated concentration by 1.25 and reduce your IBU based on that.

The best yeast for an ice beer is a clean one. If it’s a lager, you can use pure lager yeast, but for ales, you can use a German Ale or American ale type of yeast.

You can also make Belgian beers with yeast, although this is uncommon. You can go for a Belgian strain yeast like the Belgian Ardennes.

You can follow the general steps below to make an ice beer with all your ingredients on hand.

After making the beer, you might notice a sharp flavor in the younger versions, but after a while, they will smoothen out. With the right recipe, you can create a delicious and drinkable beer that’s perfect for you.

Ice beer became famous in 1989 in Canada when the Niagara Falls Brewing Company, a microbrewery, created it. The brewery followed the freezing method as mentioned above on dark, strong lagers, causing them to increase the alcohol strength.

The main difference between an ice beer and an average beer is their alcohol content, as ice beer has more alcohol content than regular beer because of the brewing process.

When making regular beer, the alcohol is produced by fermenting the yeast naturally, leading to alcoholic content as high as 8 to 15 percent. But with ice beer, fractional crystallization allows you to make the most of the alcohol by removing only the water from the beer.

Other flavors like sweetness hops or even the off-flavors are also more concentrated in ice beer because of the brewing process.

Why Is So Popular?

Ice beer is popular for many reasons including its high alcoholic content and the traditional brewing method it uses.

Unlike other processes, the unique addition to the standard brewing method for ice beers sets it apart. It won’t be surprising that many beer lovers go for this brew out of curiosity. It even gives you more concentrated flavors and a new experience if you’ve been looking for one.

Ice beer also comes with more alcohol than standard beer, so you don’t have to look for high ABV beers that are specifically expensive. They are still as affordable as regular beers, except with the higher alcohol content and tastes.

– Made By Large Breweries

Since large breweries like Molson Coors make the beer, it’s not surprising that it has made its rounds around most enthusiasts. There are many award-winning ice beers too, and these brews can be easily found on the shelf of the nearest store if you’re looking for one.

– Easily Made at Home

Homebrewers are not left out of the fun with ice beers as this brew isn’t complicated to make at home. You can always try it out with your lager recipe and compare it with some of the best choices on our list. 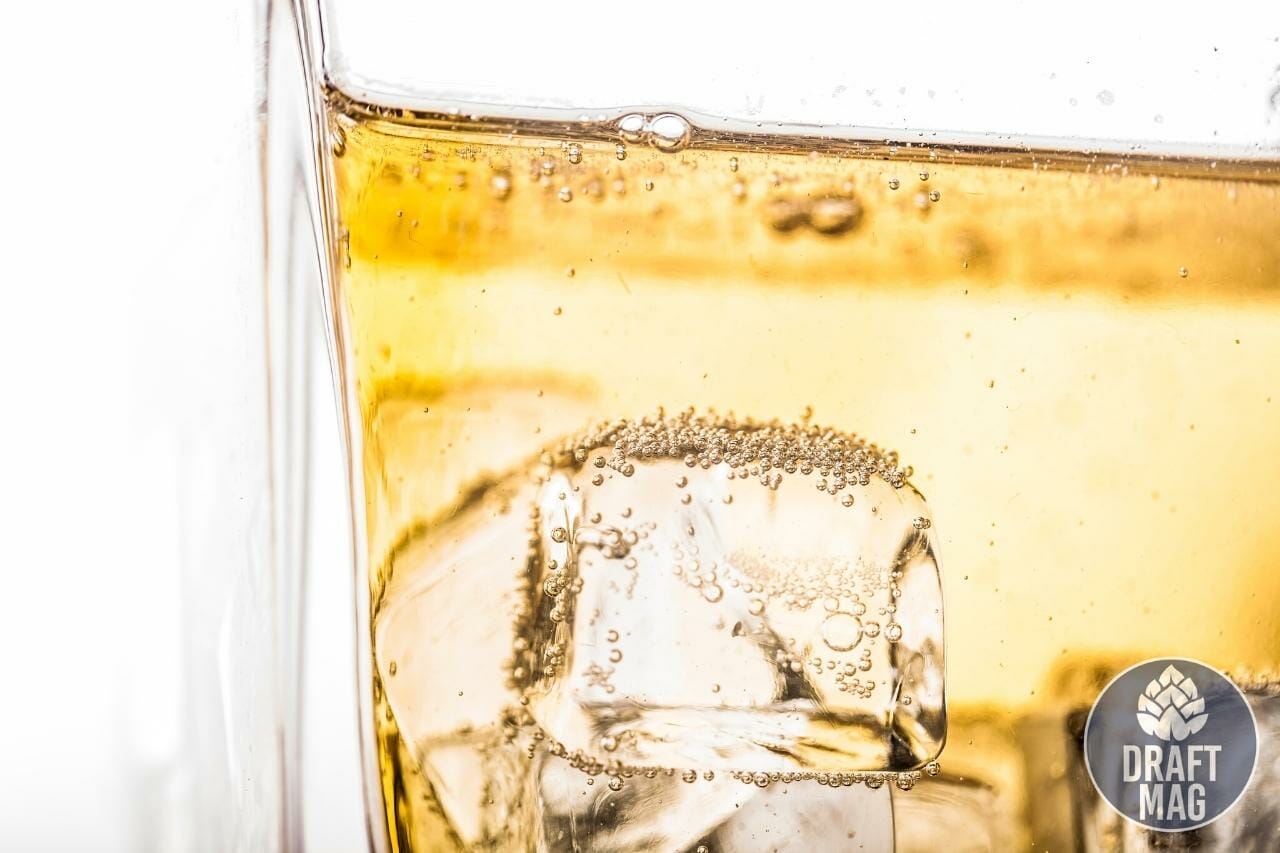 Whether you’re making an ice beer or purchasing one, it doesn’t change the fact that this is a unique experience and a delicious drink.

Check out our top ice beers today, or prep your homebrew kitchen to make yours.