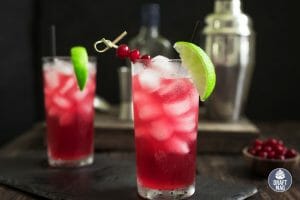 Vodka beer cocktails are badass, versatile, and delicious at the same time. With the right recipe and ingredients, you can add a twist to your favorite beer and spice things up. However, you need to be careful about the alcohol content (ABV) of the resultant mixture.

This guide touches on similar vital aspects that you can not afford to miss, along with some popular beer and vodka cocktail recipes.

How To Make Vodka Beer

Let us start this guide by saying that it is not harmful to mix liquor and beer. As ethanol and water are the common ingredients in every alcoholic drink, it is perfectly fine to mix them. However, mixing hard liquors increases the alcohol content (ABV) of the beverage by a large percentage.

Therefore, the only reason mixing beer and vodka would be bad is if you intake more alcohol without realizing it.

Beer could be an excellent base for your next cocktail. After all, beer is not only for drinking straight up. Try some of the delicious and refreshing classic beer and vodka cocktail recipes mentioned below to be the life of the party!

Born in the 1940s, this classic vodka and ginger beer cocktail is a part of a family of cocktails called a buck. Sometimes, it is also referred to as vodka buck. When garnished with a slice or wedge of lime, it becomes a perfect drink for any party or get-together. Moreover, it is easy to make.

The main essence of a Moscow mule comes from the carbonation in ginger beer, so there is no need to mix this in a cocktail shaker. You will need a copper mug to prepare this cocktail traditionally.

Yes, this vodka beer cocktail is refreshing, bold, and easy to make. This cocktail has the potential to brighten up any hot summer night. However, you have to be cautious about the alcohol quantity of the final mixture. As the ABV of vodka ranges from 40 to 60 percent, it may increase the ABV of the mixture.

Similarly, whether you choose lemon or caffeine, do not overdo it. Try to balance out the mixers in the right quantity. You also need to be more careful when choosing flavored vodka or beer to make cocktails, as these drinks are already infused with flavors. In this case, minimum additions can do wonders.

Interestingly, Vodka and beer cocktails are the easiest to prepare. Sometimes, beyond vodka and beer,  all you need is one slice of lemon or lemonade. Just mix it in a glass and serve chilled.

This vodka cocktail, pilsner, ginger, and lemon juice is a great companion for a bright sunny day. It can be made with minimum ingredients and effort. Follow the following steps to prepare five servings of Shandy beer cocktail.

The porch crawler is highly customizable, refreshing, and easy to make. This name often pops on the top when searching for a beer and vodka cocktail. Interestingly, you do not have to stick to the rules or need specific beer or vodka to make Porch Crawler. It is a perfect kind of drink to make at home.

Beer of your choice (One part)

Have fun trying out a dozen different combinations of this cocktail. 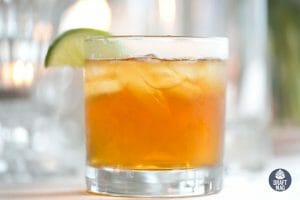 This beer cocktail is very popular in Germany, America, and Poland. The sole aim of trying this recipe is to get drunk.

U-boot in German means unterseeboot or submarine. As a shot of vodka is dropped into a pint of beer, the vodka at first sinks to the bottom and then “surfaces” while the cocktail is drunk.

Steps To Making a U-boat Cocktail

This fruity concoction is a burst of freshness that comes from fresh raspberries and raspberry lemonade concentrate. Follow the steps to brighten up your next party.

Mixing vodka with beer can be fun. With minimum ingredients and effort, you can customize your drink however way you want. Garnish it with some lemon slices or mint leaves and serve it chilled for the best results.

Vodka beer is the term people love to use when referring to a beer and vodka mixture. In Russia, this combination has a dedicated name — Yorsh (or Mora Grogg). It is a beer-based Russian cocktail drink in which vodka is mixed thoroughly in a generous quantity. Generally, people in Russia consume this drink in social gatherings in one go.

Vodka is a clean drink with minimal flavor. Although mixing beer with vodka does not alter the beer’s flavor profile, it may increase the ABV of the mixture. You get an instant kick after drinking a Yorsh. There are several other vodka beer brands that offer delicious drinks as well.

It is safe to mix beer with vodka as both alcoholic beverages are a mixture of ethanol and water along with some flavoring agents. Therefore, there is no harm in mixing beer and vodka, but keep the following things in mind while preparing a vodka beer drink.

– Can Beer Mix With Vodka?

Yes, there is no reason to avoid mixing vodka with beer, but you need to be careful about the ABV of the resultant mixture. As the average ABV of vodka ranges from 40 to 60 percent, it may increase the overall vodka beer alcohol percentage. Therefore, it is advisable to use measurement glasses for the best results.

– What Is Vodka and Beer Called?

While people love to call it Vodka beer, in Russia, there is a particular name for a vodka and beer cocktail called Yorsh (also known as Mora Grogg). Yorsh has a beer base in which vodka is mixed in a generous quantity and consumed in one go. Russian people prefer this drink on social occasions.

Similarly, when vodka and beer are mixed to prepare a cocktail, the name changes accordingly depending on what kind of cocktail it is.

– How Many Beers Is a Shot of Vodka?

– Will Mixing Beer With Vodka Make Me Sick?

Contrary to popular belief, mixing beer with vodka won’t make you sick. After all, beer is not only meant to be drunk straight up — you can also use it to make refreshing cocktails with any drink.

According to popular belief, mixing different types of alcoholic beverages makes you sick. However, it doesn’t until you are advised to avoid alcohol at all. All you have to care about is the cocktail’s increased alcohol content (ABV).

Interestingly, some people prefer mixing beer with vodka to get drunk faster. The most important thing is the amount of alcohol you are consuming within a period. The bottom line is to drink responsibly. 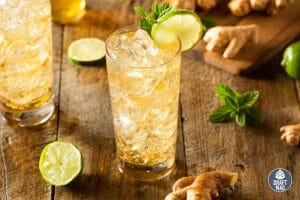 We hope that after reading this guide the haze around mixing beer and vodka is now clear. Vodka beer cocktails are common and popular around the world, and it is called different names depending on where you are.

Now you can go ahead confidently try a new Vodka Beer cocktail. You have the freedom to customize your drink or try one from our list, but in any case, the key is to drink responsibly.