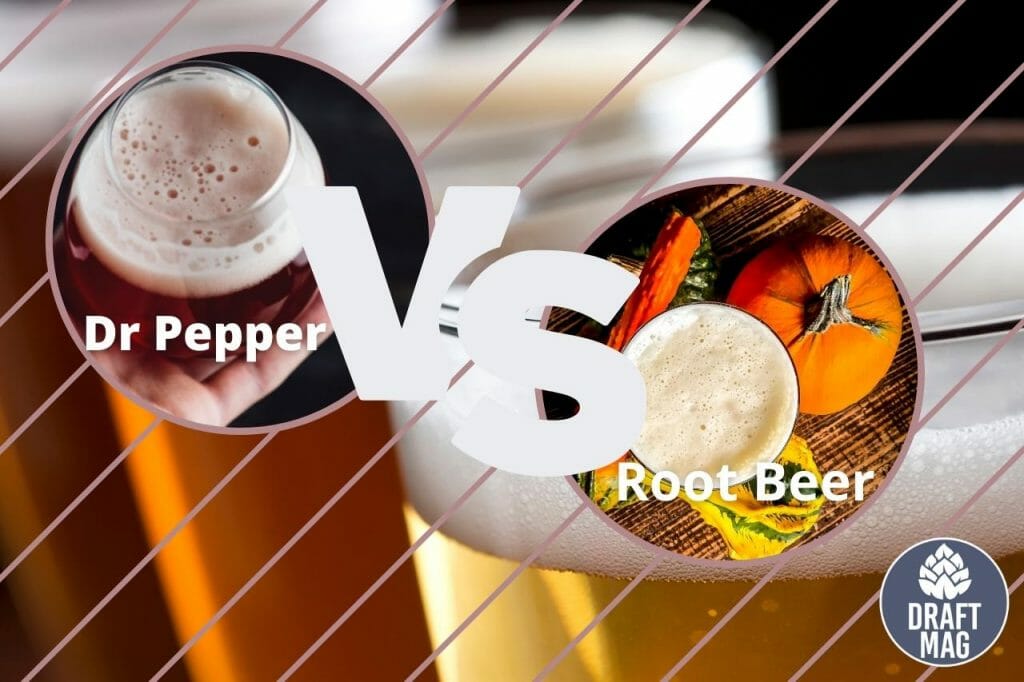 What Is the Difference Between Dr Pepper and Root Beer?

The main difference between Dr Pepper and root beer is the ingredients, as the latter is made with the distinct sassafras tree bark and tastes like wintergreen, anise, cinnamon, molasses, honey, licorice, and cherry, while Dr Pepper features 23 different flavors and tastes like cherry, allspice, and licorice.

What Is Dr Pepper Best For?

Dr Pepper is a carbonated drink that dates back to the 1880s. The drink is best categorized as a spiced cherry by the company, making it one of the unique drinks out there. which makes this soda its own category of fizzy drinks or sodas.

Dr Pepper dates back to 1885, and was invented by Charles Alderton. He was trying to make a soda syrup with a flavor that could replicate the smell of his shop. When making the soda, he kept notes in his journal, which detailed the ingredients. The journal was lost for a while, but then found in 2009.

However, this soda was marketed nationally in the United States for the first time in 1904. Now, it is sold in Europe, North and South America, and Asia. Then in South Africa, Australia and New Zealand, it is sold as an imported good.

There are different theories behind the name of this flavorful drink. One main reason behind the name is that, at that time, most companies were adding the word doctor or the acronym to the name of their drinks to make them sound healthy, or a healthier choice for a drink, because a doctor is recommending it.

Charles Alderton named the soda and stated that it was an ode to his colleague. Before being named as doctor, the drink was ‘a Waco.’ But the company decided that the drink could only attract sales if it had a catchy name.

There is also a legend that Alderton’s boss, Wade Morrison, had a love affair with Pepper’s daughter, but this is only a myth since the eldest daughter was about 8 years old at that time. Despite all these unauthenticated stories, Charles Pepper was a real person.

Since this drink has a complex flavor, it’s hard to identify the tasting notes. But, if you concentrate, there are different flavors that you can notice while drinking. Vanilla is one flavor in the soda that is widely agreed upon.

Aside from this, other tasting notes include almond, cherry, and amaretto. Blackberry, apricot, and licorice. There is no source that authenticates the exact 23 flavors that you can find in the mixed taste of this soda.

The ingredients in this drink continue to remain a secret, so no one knows the exact secret formula of the soda. Despite this, there is a list of ingredients at the back of the can. These include carbonated water, caramel color, sodium benzoate, natural flavorings, high-fructose corn syrup, phosphoric acid, and caffeine.

One of the top famous drinks out there would be Dr Pepper and has remained this way for over 140 years. With its unique taste and flavor, many people enjoy drinking it at any time.

The flavor of Dr Pepper is difficult to describe since it’s a unique soft drink. There are hints of cherry and licorice, but since there are 24 different flavors, it might be hard to identify which is which as you drink.

The exact ingredients used to make the drink are unknown too, so there’s no way to properly recreate the recipe. There is a shortcut to it, where people use cola like Pepsi, vanilla extract, and almond extract to make your fake one.

It is not specific what adds flavors to Dr Pepper since the ingredients are unknown. But fans speculate that it is made with almond, amaretto, black licorice, caramel, blackberry, carrots, cherry, cola, ginger, molasses, orange, plum, tomato, clove, juniper, lemon, nutmeg, prune, raspberry and vanilla.

What Is Root Beer Best For?

Root beer is a sweet soft drink that originates from North America. It is traditionally made using the root bark of the sassafras tree or the vine of the Smilax ornate. Despite the name, this drink is non-alcoholic, sweet, caffeine-free, and carbonated.

This non-alcoholic drink is dated back to 1875 and was first marketed by Charles Elmer Hires, a pharmacist. Before this time, this drink can be traced to pre-colonial times, when tribes made beverages with the sassafras roots. It originates from the small beers made by American colonists, as they used what they had.

Some traditional small beers aside from these drinks include birch beer, ginger beer, and sarsaparilla. Then, Charles Hires successfully marketed a commercial brand from in 1875 and initially called it root tea. It debuted at the Philadelphia Centennial Exposition in 1876 and started selling the extract.

Despite being called root beer, it does not classify as a beer. Hires named it root tea at first, with the root got from the main ingredient, the sassafras root. Before the Philadelphia Centennial Exposition, he changed the name to root beer in order to make it appealing to the working class.

The name of the beer was targeted at coal miners in Pennsylvania, who wanted to drink something similar to beer without getting drunk while at work.

The flavor of this nonalcoholic beer depends on the manufacturer that made the beverage. The main flavor that all root beers have is wintergreen and mint, and this is common among most brands. Then, other flavors you can expect include vanilla, licorice, anise, honey, cherry bark, nutmeg, cinnamon, and sweet birch.

You will notice that the flavor of the drink overlap, in cases like vanilla and licorice. This similar taste makes people compare them to each other.

The main ingredient of the root drink is the sassafras root or bark, but the other ingredients depending on the manufacturer. Other ingredients to expect include allspice, coriander, ginger, hops, different roots, spicewood, wild cherry bark, vanilla beans, molasses, and more.

Keep in mind that it is not legal to consume sassafras, so the drink manufacturers don’t use them. Instead, they use alternatives to the root and artificially carbonate it, you would still feel the carbonation, but again, it isn’t a real one instead its a synthetic one.

Root beer is healthier than other sodas when you consider the pH level. But this depends on the ingredients in the soft drink and whether it was made with artificial flavoring and acids. Root beer is also healthier than cola. This is because it hardly contains harmful acids in other kinds of sodas, which reduces the effect on teeth.

It is easier to identify the flavor of root-beer, but since it is made by different companies, the flavor also differs. The color of the drink goes from red to dark brown, and they are usually called small beers since they offer a good experience but without alcohol.

This drink is also popular for its health benefits, although this is only when it’s made traditionally. Nowadays, it consists of artificial flavoring which takes away the medicinal benefits that you might have enjoyed.

No, it’s not. Despite the similarities in taste, Dr Pepper does not classify as coke or a root beer. It is also not made with the two beverages.

In our Dr Pepper vs root beer review, the two beverages have different similarities and differences. The main difference is that root beer is made with the sassafras root which is specific to it, while Dr Pepper isn’t made with this.

Although some brands of root beer have a flavor similar to Dr Pepper, both beverages are not the same. Their ingredients and drink categories are also different, although the exact ingredients of Dr Pepper are unknown. So when next you try out these drinks, you should keep the differences in mind.