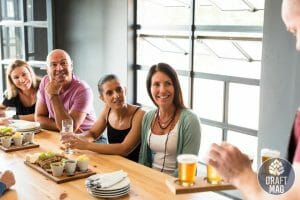 West Coast vs. East Coast IPA is an age-old debate amongst beer admirers. Both West Coast IPA and East Coast IPA have unique characteristics like level of bitterness, maltiness, and sweetness. The terms East and West IPA are coined after the two coasts of America, and the rivalry between the two has been for decades.

Read this article as we give you a better insight into the difference between these beers.

What Are the Differences Between West Coast and East Coast IPA?

What Is West Coast IPA Best Used For?

The West Coast pale ale is best used for culinary recipes and great food pairings, the taste that it gives with the excess hop in the flavor of the beer. In addition, the brewing process that this goes through is what it is best known for.

Spicy food like Asian and Jamaican cuisine. The bitterness of the West Coast IPA beers is cut down by the spicy and hot flavors of the food and makes the better drinking experience wholesome.

It can also be paired with cheese like blue cheese and brie discs. Additionally, you can also pair the West IPA with Mexican food like tacos, tortilla chips, and burgers for a beach day.

This beer also goes well with barbecued and smoked food like roasted chicken, lamb, pork, or beef. The smokiness of the food works very well with the meat flavors and beer taste and makes a great pair.

You can also make a quick grilled chicken with your favorite West IPA to infuse this beer into your cuisine and eat the beer while also drinking it.

Use three to four chicken thighs, use your choice of fresh herbs like rosemary or thyme (one tablespoon), and add a little salt and pepper. Use one tablespoon of ginger garlic paste.

Mix all of the ingredients in a zip lock bag and mix well. Let this bag sit for two to four hours inside the fridge. Let the meat soak in all the spices.

Put the marinated chicken thighs in a grill tray and put it inside the oven at 350 degrees Fahrenheit. Grill for over one hour. The top should be dark brown before you remove it from the heat.

Serve hot and enjoy with mayo or cheese dips and serve with a pint of West IPA of your choice.

The main characteristic feature of a West Coast IPA is its heavy bitterness due to the excess hop usage. Brewmasters of craft beer styles are known to use a variety of bitter hops to bring about the exclusive flavor profile of this beer. But the hops in any West IPA are generally always added during the boiling process of the beer wort. This is the main difference it has from the East IPA or other IPAs, for that matter.

Most West Coast IPAs are dry but also have a clean finish. But due to the heavy bitterness, the flavor lingers on your tongue for a long time.

Most West Coast IPAs have a very similar brewing process to American IPAs or Hazy IPAs. The brewers use extra heat to extract hoppiness from the hops used. Hence the hops are added during the boiling process when the temperature of the wort is at its highest.

What Is East Coast IPA Best Used For? 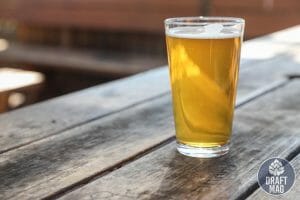 The East Coast IPA is best used for different food pairings and recipes, as it has a more enhanced flavor. the food that it gets paired with, the unique taste of both bitterness and sweetness at the same time. Lastly, because of the aroma it releases during brewing.

Here are a few options to try and get the best idea about the true flavors of this craft beer.

Since the East IPA is a balance between bitterness and sweet maltiness, it pairs well with subtle food like grilled fish and other slow-cooked seafood.

You can also pair it with simple desserts like chocolate cakes and fruit desserts. Furthermore, you may also try to make a quick beef steak gravy recipe with this beer.

Use six cloves of chopped garlic, two pints of your favorite East IPA, salt and pepper, and three tablespoons of butter. One stem of fresh thyme, a splash of vinegar, half an onion, and cornstarch. Also, use some meat broth for flavor.

Use the butter to fry the onion in a pan, add the garlic, saute for a while, and add all the other ingredients except cornstarch. Let it simmer for two minutes. Then add the cornstarch. Keep stirring to avoid lumps. Serve it hot with your beef steak and mashed potatoes.

The East Coast IPA is very similar in taste to the New England IPA. It is not overly bitter and finds a perfect balance between malty sweetness and bitterness from the hops. Some IPAs are also spicy and fruity in flavor. As the bitterness is on the lower side, there is a lot of room for experiments with different flavors. This allows craft brewers to play around with the flavors and create new flagship beers.

To make this beer is low in bitterness; the hops are not added during the boiling process. It is mostly added at later stages of the brewing process to get the various aromas of the hops and cut down on the bitterness.

As we found out in this West Coast vs. East Coast IPA analysis, the main difference between these India Pale Ales is the hoppy taste and brewing process. 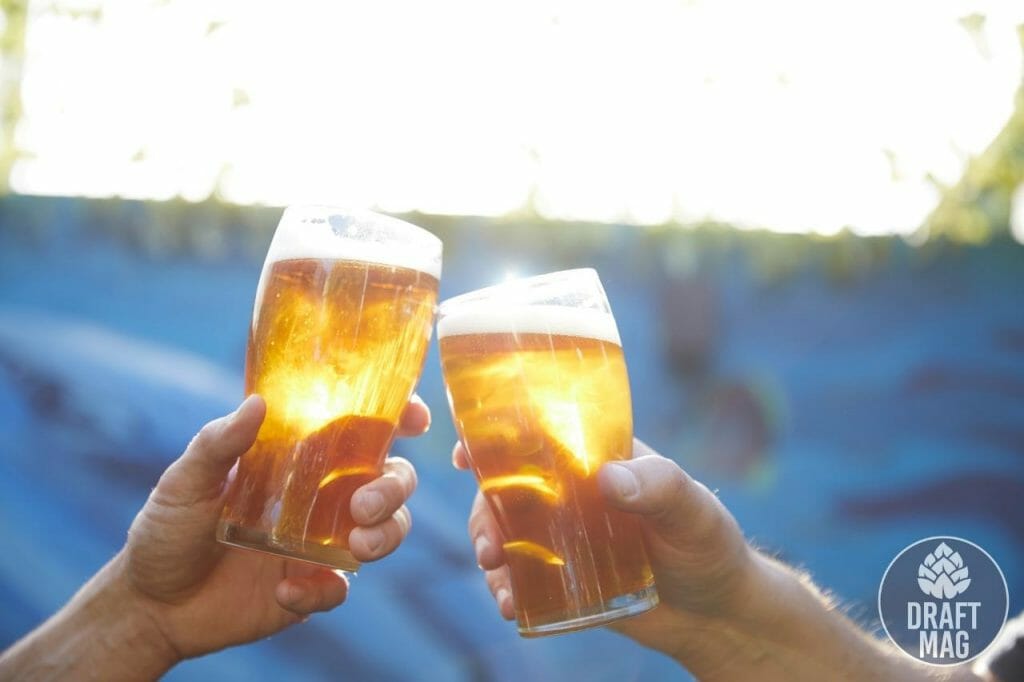 If you are a hoppy beer lover, then the West Coast IPA is a perfect choice. But if you are just starting out on your craft beer tasting journey, go for the East Coast IPA. It is low on bitterness with distinct layers of flavors, which can help you adapt to the IPA beer style. But before you form an option about the two beers, you should try a few options of both.