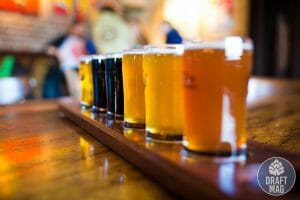 The Double IPA vs. Imperial IPA comparison can be a confusing one. However, they are actually the same thing called with two different names across various regions. Double IPA or Imperial IPA has a little added extra kick of alcohol over a regular IPA. Read on to learn more about Double or Imperial IPA.

What Are the Differences Between Double IPA and Imperial IPA?

The main difference between a double IPA and an imperial IPA is in their names alone. These two beers are the exact same thing when it comes to characteristics and features. They are both a type of India pale ale whose alcohol level has amped up for a better kick.

What Is a Double IPA Best Used For?

All Double India Pale beers are very high in alcohol and potent beer. They are also very high on the bitterness level, which makes them a stronger drink than other beer styles like classic ales and lagers. But if you are an ardent beer lover, try the Double IPA.

You can try pairing them with food, use them as a party drink or use it for cooking decadent culinary recipes. The options are endless. Here are a few things you can try.

Since Double pale ales are very strong on their alcohol game, you must try to pair them with bold food like spicy Asian or Indian food. The hot effects of the chili and spices will cut down on some of the alcoholic effects, making it easy on the throat. You can also pair it with Mexican and Cajun cuisines. They are all heavy, oily, and fatty options that will neutralize some of the heavy alcohol effects and cleanse your palette.

All kinds of roasted, grilled, or smoked food, especially meat products, make great combinations with Double Indian pale ale beers. You can also make a grilled burger or meatloaf, a toasted and meat-loaded sandwich to go with this beer. This beer works well with most outdoor barbecue day food options. Some of the Double IPAs can also be paired with decadent dessert options like burnt creme brulee, caramel pudding, flan, dark chocolate brownie or moist cakes, etc.

Most Double beers have diverse hop usage with high bitterness levels. The hops have taste notes such as floral, citrus, stone fruit, spicy, pine/resin, tropical fruit, berry, and melon. This sometimes leaves a refreshing earthen smell in most Double beers. As the bitterness and alcohol levels are quite high, the taste of malts is not very noticeable. Even if you do notice the taste, they are very subtle and come as an afternote.

The malts exhibit grainy, roasted, and toasted flavors. Some of them can even have a burnt caramel effect. Since the malts’ sweetness is overshadowed by all the bitterness and alcohol content, the hops’ floral, spicy, or citrus effects balance out some of the bitterness.

These beers are mostly dry and have a medium to heavy-bodied finish. Since the alcohol levels are generally so high and craft beer versions come with many added flavors, some beers can be drunk easily.

The first and most prominent smell you observe is alcohol and heavy hoppy bitterness. But you can also distinctly smell the other subtle notes of the hops like citrus, floral, stone fruit, spicy, tropical fruit, and berry. The beautiful aroma of the malts used is also present, but they are very subtle and can sometimes be mellowed down by the other smells.

The malts mostly have a roastly smell. Some of them have a burnt or caramel aroma too. If any of these Double pale ale beers are dry hopped, they can also have a resin-like smell.

This beer has medium to high carbonation levels, which gives rise to fast-rising bubbles and has fizzy effects on the tongue. The texture is generally very smooth.

Most double beers are pale in color. They can range between pale yellow or golden and can go up to a light bronze or orange color. Some of these beers have excellent clarity. However, unfiltered or less filtered beers may lack clarity. They also form an excellent foamy head when poured on a serving glass, but it only has low to moderate retention. 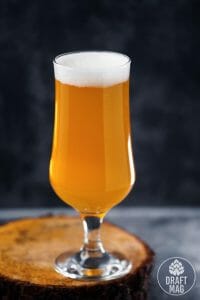 There are many Double pale ale options out there, especially with the booming beer industry. Here are a few you must try to understand this beer better.

What Is an Imperial IPA Best Used For?

An Imperial IPA is best used for food pairings and recipes. As this is a very strong drink, it needs to be handled with care even when used as a part beverage. Some of the fruity effects in craft beer versions of Imperial IPA can make it easy to gulp down, but drinking them slowly is advisable.

There are many food options you can try with the Imperial IPA. Here are a few you can start with. Fatty fish options like salmon, whitefish, striped bass, etc. can be great combinations with the Double pale ales.

If you want to do a casual light party and keep it simple, you can pair this beer with light cheese options. You can include blue cheese, a brie wheel, Stilton, other blues, and Limburger. These cheese will go well on your cheese board with cold cuts, fresh berries, olives, and such and make an immaculate palette.

All kinds of meat products work wonders with Imperial IPAs. The meaty flesh and oily portions of lambs, pork, or beef steaks cut through some of the harsh bitterness of the beer and make the beer-drinking experience much smoother.

This beer can also be paired with dark chocolate dessert options like chocolate pies or burnt caramel pudding and creme brulee.

The taste and sweetness of malts are not very discernible in this beer because of the bitterness and alcohol content. Even if you detect the taste, it is faint and appears as a final note.

The taste of the diverse hops balances some of the bitter taste. Some craft versions also have a lot of experimental flavor profiles and extreme variations.

The scent of alcohol and a strong bitter hop aroma is the first and most significant one. These two smells predominate over all others. However, you can also clearly detect the hops’ other, more subdued aromas, such as citrus, floral, stone fruit, spicy, tropical fruit, and berry.

The malts typically have a roasted aroma, while some also have a burnt or caramel scent. These IPA beers may also smell like resin if dry hopped. Although very mild and occasionally overpowered by the other fragrances, the lovely aroma of the malts is still present.

The Imperial IPA is medium to highly carbonated, which gives rise to bubbles. But the overall feel is very smooth and clean.

The majority of IPA beers are light in color. They might be as light as golden or pale yellow and as dark as light bronze or orange. Some of these beers are very clear, but others that are unfiltered or only lightly filtered may not be. When poured into a serving glass, they likewise produce a good foamy head, but it has moderate retention.

These are some of the Imperial IPA beers you must try.

As we learned in that Double IPA vs. Imperial IPA article, these two are the same beers and offshoots of the bigger IPA category of beers. They are very strong beers and must be drunk carefully. 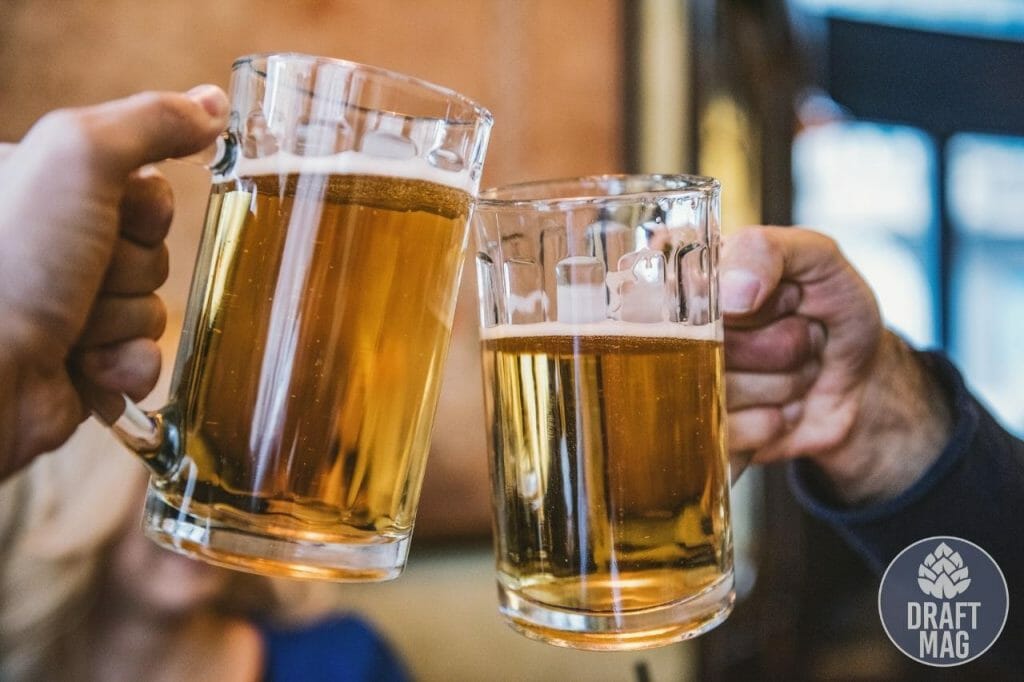 The Double or Imperial IPA is a typical party beer with a high ABV level. Hence if you are going for a game party, this can be a great fit. But since this is strong alcohol, you should try a few options before forming an opinion.