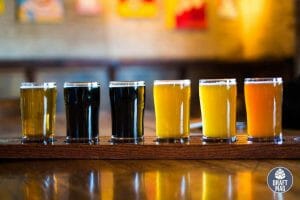 The hard seltzer vs beer comparison makes sense when most people are searching for a low-carb and healthier alternative to beer. But a lot of people will tell you that drinking alcoholic beverages is not always about health — the overall experience is what matters most. Having said that, this guide will help you in picking up the drink of your choice without any second thoughts.

What Are the Differences Between Hard Seltzer and Beer?

The major difference between hard seltzer and beer is that hard seltzer is made from fermenting cane sugar or sugar with water, whereas beer uses malted grains as the primary source of sugar. While both are brewed and fermented alcoholic drinks, there are differences between flavor profile and calories.

What Is Hard Seltzer Best For?

Hard seltzers or spiked seltzers are best for those looking for a boozy version of seltzers, a flavored, carbonated drink. It is an easy-to-drink, fruit-flavored, fizzy, and low-alcoholic beverage with low-calorie and low carbs. Due to these facts, the hard seltzer market has been growing exponentially in the US.

The brewing process starts with fermenting pure sugar sources such as cane sugar (sucrose), agave syrup, glucose, liquid invert sugar (a blend of glucose and fructose) or honey in water. The high-quality and viable strains of yeasts are used to convert sugar into alcohol and carbon dioxide.

Next, the fermented alcohol is filtered thoroughly to get a colorless, odorless, and flavorless alcohol base. This highly clear liquid act like a  blank canvas for the addition of natural or artificial flavoring agents. Afterward, this liquid goes through a carbonation process, which makes it fizzy.

Typically, it is the infusion of spring water with carbon dioxide gas under very high pressure which leads to the formation of tiny bubbles that makes your taste buds tickle on every sip. Among several seltzer brands, White Claw is the most prominent and well-received one.

Here is what you can expect from a glass of hard seltzer.

Although every hard seltzer starts with a sugar and water mixture, brewers get the freedom to add an array of flavors after fermentation.

Hard seltzer comes in a rainbow of flavors ranging from lime, passion fruit, watermelon, coconut, and even black cherry. So, to simplify, we have categorized the food pairings that will go well with these drinks:

A 12-ounce can of hard seltzer contains about 100 calories, 2 grams of carbs, and 5 percent ABV. As it doesn’t contain grains, it is gluten-free. Furthermore, it is also a good alternative for those who want to enjoy a non-bitter and gluten-free alcoholic drink.

Beer is best for those who are looking for a refreshing and flavorful alcoholic beverage that has a lot of variety for events or just hanging out. Beer is an alcoholic drink produced from the brewing and fermentation of grains. During the brewing process, hops are added as a flavoring and stabilizing agent.

Beers are broadly divided into two subcategories: lagers and ales. While beers come in different colors, flavors, and alcoholic strength, some of the general characteristics of beer are as follows:

The beer brewing process starts with the selection of grains. Usually, brewers choose one or a combination of barley, oats, and wheat. The grains go through the malting process and are then transferred into the mashing tun.

Here, it is mashed to make wort (a liquid containing sugar). Afterward, this liquid is boiled (most brewers add hops at this stage) and cooled. Finally, brewers transfer the brew to fermentation tanks and add yeast.

Here is what you can expect from your bottle of beer.

On average, a standard serving of beer (12 oz) contains calories ranging from 150 to 200, no sugar, 15 grams of carbs, 2 grams of protein, and 2 grams of potassium. Beer alcohol content falls between 2 percent to 12 percent ABV.

The main ingredients in beer are:

Beers, especially lagers, are known for palate-cleansing qualities, whereas ales pair well with rich and heavy foods. While there are no hard and fast rules, here are some recommendations.

– Is Hard Seltzer Better for You Than Beer?

Hard seltzer is better for you than beer if you are looking for a low-calorie, flavorful, and gluten-free alcoholic beverage. However, being a  flavored drink increases the chances of you consuming more alcohol unknowingly.

– Are Seltzers Better Than Beer for Weight Loss?

Yes, a standard 12-ounce serving of hard seltzer contains 100 calories, whereas a beer of a similar serving contains calories in the range of 150 to 200. So hard seltzers are an excellent low-calorie, low-sugar alternative to beers.

In addition, hard seltzers use carbonated water and contain fewer sugars and carbs than beer, so compared to beer and other alcoholic drinks, it ranks better in keeping your fluid levels up. But remember that alcohol content has a diuretic effect similar to other alcoholic beverages. 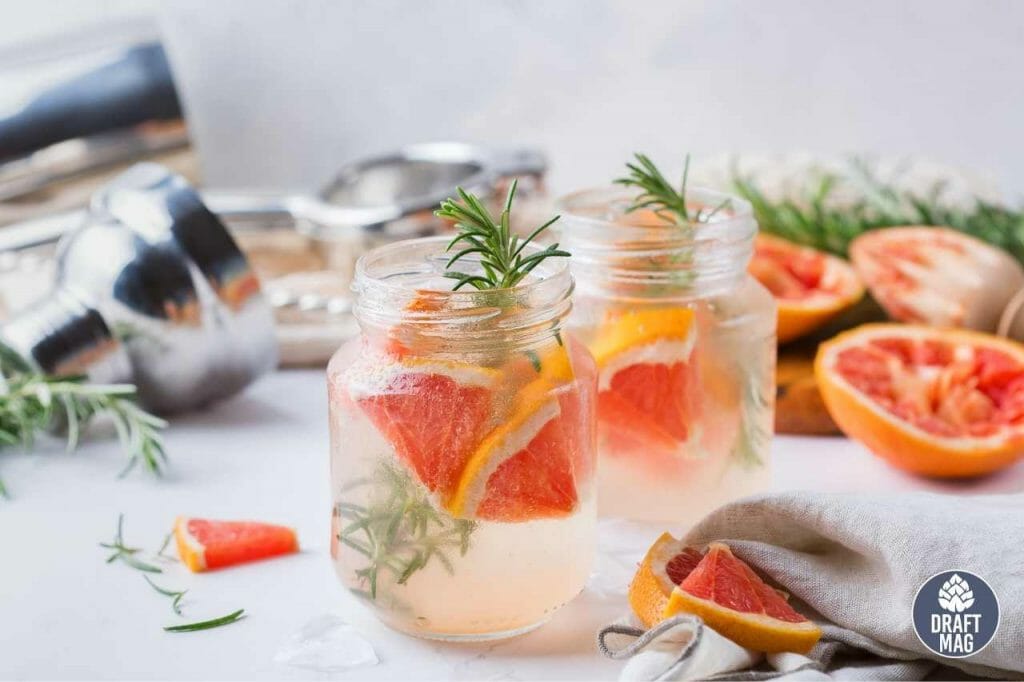 From a health perspective, hard seltzers are far better than a beer due to their low-carb, low-sugar, and gluten-free properties. However, it is not as filling and satisfying as a clean and crisp beer. Also, you can find light beers like Michelob Ultra with similar features. Regardless of the differences, both beverages are alcoholic drinks and should be consumed in moderation.