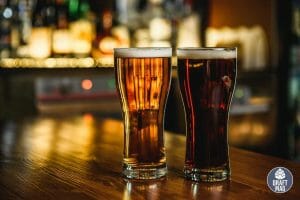 IPA vs beer, their differences and similarities, is an age-old debate between beer mavens across the globe. While beer is one of the world’s oldest alcoholic drinks and beverages, India Pale Ale or IPA is a newer form of beer.

The first evidence of beer being brewed is from the pre-historic ages, but the IPA is a more recent discovery that came into being during 18th Century England. Read this carefully curated guide to get a detailed comparative study between the two.

What Is the Difference Between IPA and Beer?

The main difference between an IPA and beer is that all IPAs come under the category of beer, but all beers can not be called an IPA. Any IPA is basically a subcategory of the broader category of beers. Beyond that, let us check out the other differences and similarities in the guide below.

What Is IPA Best For?

IPA is best for those who are looking for a hoppier, more flavorful style of beer than the usual. There are a lot of varieties when it comes to IPAs, and they usually pair well with roasted, grilled, and spicy dishes.

As a standard, most IPAs are always on the hoppier side. The amount of hop usage is always much more than any other beer. This leads to a very strong, bitter flavor in most IPAs. Beer lovers often believe that drinking an IPA is an acquired taste due to its strong flavor profile.

They can be quite harsh on the tongue, making it a little harder to drink than other light beers like lager or pilsners. IPAs generally also have a strong taste of alcohol in them to balance out the strong hoppy flavors. Due to the advent of the craft beer industry, IPAs can have a lot of variety other than the original English IPA.

Here are some of the most common IPA types:

Here are a few food pairings for IPAs to make your beer-drinking experience more enjoyable.

Pale ales, in their original form, have been in the beer market for centuries, but the 18th Century IPA that we drink today came into being due to a major experiment by British colonizers. When the East India Company soldiers and traders set out on the sea to reach India, they wanted to carry their own beer from England.

This was hard because it took months to reach by sea, and the beers turned stale during the journey due to the weather change. So, as an experiment to make the pale ales last longer during this voyage, brewers started adding extra amounts of hops.

This made the beer more resistant to weather changes, and the hops acted as a natural preservative. The taste became bitter, but the beer reached the Indian shores without turning rotten. This resulted to the name India Pale Ale and a new version of pale ales.

Beer is best for those who are looking for a refreshing alcoholic drink that has a lot of varieties available. From salty, sweet, nutty, sour, roasted, caramel-like, and bread-like, beer can have a wide variety of various flavors depending on the brewer and ingredients used.

Beers mostly have a taste balance between the malts or grains, the hop used, and the other flavoring agent the brewers choose. Beers are of many different kinds, making a major difference in their flavor profiles. From salty, sweet, nutty, sour, roasted, caramel-like, and bread-like, beer can have various flavors.

Beer is a carbonated and fermented drink made with grains of various kinds like barley or wheat. It also uses hops and typically uses yeast for the fermentation process. It is one of the oldest forms of alcoholic beverages in the world, making it quite popular all across the globe.

Long-term consumption of beer can make you gain weight. This is mostly because beer contains a lot of calories, fat, and carbs. But these days, due to the advent of the craft beer industry, there are many low-fat beer options. If you are a health-conscious beer lover, they are a must-try for you.

Beers mostly have two broad categories of divisions, lagers, and ales, which have their own subcategories. Here is a quick glance at them.

Here are the types of lagers available:

Here are the different types of ales:

Since beer has a lot of varieties, it can very well be paired with an endless number of foods. Here are a few quick suggestions.

Beer is one of the oldest alcoholic drinks humans have ever made. Fermentation and brewing have been going on for quite some time now, but the first evidence of beer brewing can be traced back to 3500 – 3100 BC at Godin Tepe in the Zagros Mountains of western Iran. In the early years of beer invention, it was only domestically brewed and only used for personal consumption.

They could not be preserved because they lacked any kind of hop usage. Hops were first used in beer brewing during the 822 in Europe. During the 1500s, many more regulations to the beer brewing process came. In the later half of the 19th century, brewers even started using glass bottles to store beer and sell it locally.

As we found out in this IPA vs. beer review guide, if you want to know all about the taste and characteristics of beer, you must taste IPAs too.  As we learned, all IPAs come under the broader category of beer. Like lagers, ales, stouts, and other beers, IPA is just one subcategory. 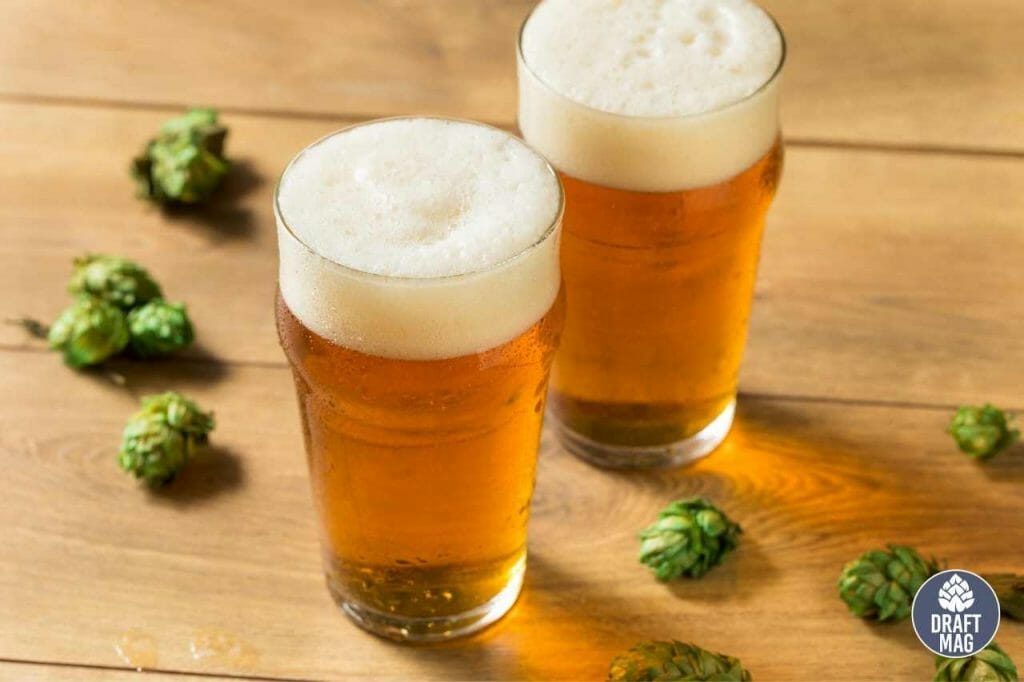 If you are a strong bitter beer lover, tasting a range of IPAs is a must. IPAs in any form are always high on hop usage, hence the extreme bitter taste. But if you want milder tastes and more varieties, then beer has various choices to offer. It is better you try all varieties before you form your opinion on whether beer or IPAs are the best fit for your taste buds.