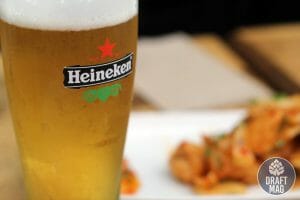 Heineken vs Budweiser comparison never seems to end, especially in the American market. Being quite popular, both these lagers have earned a name for themselves, leading us to ask which is better in the long run. When it comes to the comparison of beers, there are a lot of factors to consider.

Let us find out the differences so that you can choose better.

What Are the Differences Between Heineken and Budweiser?

What Is Heineken Best For?

Heineken is best known for being a pale lager beer that originated in the Netherlands, Heineken Lager Beer comes with an alcohol content of five percent ABV in a fancy-looking green bottle with a single red star. Loved by beer connoisseurs worldwide, this perfectly carbonated lager is magic in a bottle.

Heineken is a comparatively stronger lager style of beer available all over the world. The straw yellow-colored lager is of premium European quality that has a good body and a smooth mouthfeel when served cold. The strong, slightly bitter balanced taste is what most people like about this lager. The beer head is minimal, and the quality of the beer is maintained by proper carbonation and an age-old standardized brewing method.

Best served ice cold, this beer is smooth and among one of the most famous brands available in the market. If you are a fan of strong beers, this lager produced by the Dutch brewing company Heineken N.K. is sure to put a wide smile on your face.

Heineken is a balanced lager that is slightly on the bitter side compared to most lagers. The strong biscuit and malt flavor predominate the palate, with slight hints of green apple and sweet corn. It is key to keep in mind that one hundred percent natural ingredients give this lager its characteristic taste. This iconic premium quality lager beer has a strong characteristic bitter taste that distinguishes this beer from the rest.

Heineken lager beer is best enjoyed with salty and spicy dishes containing both veggies and meat. Pairing your delicious pizza, steaks, and barbeques with the lager will turn out to be a sure hit.

Salads, in particular, pair extremely well with cuisines like Mexican and Indian. However, if you are a cheese-lover, you must try pairing some with your favorite cheese, be it Swiss, Cheddar, Edam, or Havarti.

A bottle of Heineken (12 oz) consists having 142 calories, no fat, and no cholesterol. For the total carbohydrate, 11 grams, for protein, it has two grams, and for sodium level is eight milligrams.

Heineken lager beer, popularly called just Heineken, was introduced in 1873 in the Netherlands. In 1864, the haystack brewery in Amsterdam was bought by Gerard Adriaan Heineken, who, with the help of Dr. Elion, helped create the first Heineken beer by developing the Heineken yeast.

Heineken sales topped after being awarded “Medaille D’Or” at the International Maritime Exposition in Paris in 1875. The sales crossed 1.7 million gallons that year, making it the leading beer exporter in France.

Since its introduction, Heineken has been brewed in the United Kingdom, Ireland, Serbia, Serbia, Australia, New Zealand, India, Costa Rica, and Saint Lucia. Heineken was introduced in South America in 1883, after which its expansion began to other continents, entering the Asian markets in 1929.

The first international acquisition by Heineken was that of the Austria-based Brau-Beteiligungs. Nowadays, more than 200 countries are known to sell and serve this premium quality lager.

Heineken maintains its original pale lager recipe irrespective of the location of its manufacturing plant. This five percent ABV beer is kept original by using imported ingredients from the Netherlands and other European countries; therefore, make sure that the lager stays Dutch in the truest sense. 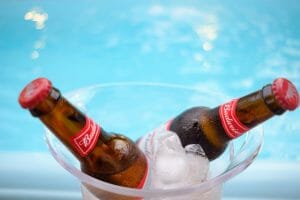 Budweiser is a crisp American-style lager, Budweiser is a medium-bodied, flavorful beer that has rightfully earned its place among the very top in the beer market. Premium ingredients, including barley and hops, make for this pale lager’s superior quality, containing an alcohol percentage of five percent ABV.

Budweiser lager, the flagship beer of the American brewery brand Anheuser-Busch is a pale lager that is the pure definition of a crisp standard dry beer with a mild aroma of bread and a touch of fruity, citrusy goodness. The mild aroma makes the beer enjoyable among all beer connoisseurs. The lager containing about 30 percent four-row barley malt and 40 percent six-row malt is ultra-smooth and the taste is a bit on the sweeter side, thanks to the 30 percent rice grits.

The malty sweetness of Budweiser pale lager is the most prominent taste. The subtle notes of malt and hops, along with hints of citrus and fruit profiles, make the aftertaste fruity and clean. Heavy carbonation and the addition of rice make this lager tilt on the sweeter side of the beer taste spectrum.

This American pale lager is the perfect complement to fried foods and meat dishes, thanks to its sweetness. The crisp taste pairs too well with fatty foods, providing some relief to the heavy flavor profile. Budweiser has the perfect amount of citrusy punch to combine with spicy foods traversing multiple cuisines worldwide. Italian cuisine and any other that is cheese heavy is a perfect pairing for this American-style pale lager. The most common dishes to pair will be steaks, hamburgers, roasted chicken, etc.

Budweiser pale lager derives its name from Budweis in Bohemia, which is now in the Czech Republic, famous for brewing beers since 1265.

This Bohemian style lager was composed and developed in the United States by German-born Adolphus Busch and his friend Carl Conrad in 1876. The inspiration came from a trip to Bohemia, leading to the formation of the ultra-light pale lager called Budweiser, meaning “from Budweis” in a brewery, Anheuser-Busch, in St. Louis, Missouri.

Ultra-light and smooth to sip, Budweiser is now one of the best-known beer brands in the present liquor market. The addition of rice makes the taste more suited to most palates, thereby gaining a solid foothold among all types of beer connoisseurs.

The finest ingredients make Budweiser the “king of beers” with a distinct flavor that is a treat to the palate. This pale lager is made of 5 percent ABV and the remaining volume is made up of the purest quality water.

Heineken and Budweiser are both popular beers that have been around for quite a while. As discussed, their main difference lies in how they smell, taste, and feel. If you like smoother beers with fancy flavors, Budweiser is the one for you with its signature mild aroma, fruity flavor, and soft body. If you like the classical strong beer characters, you should opt for Heineken owing to its strong aroma and slightly bitter flavor. 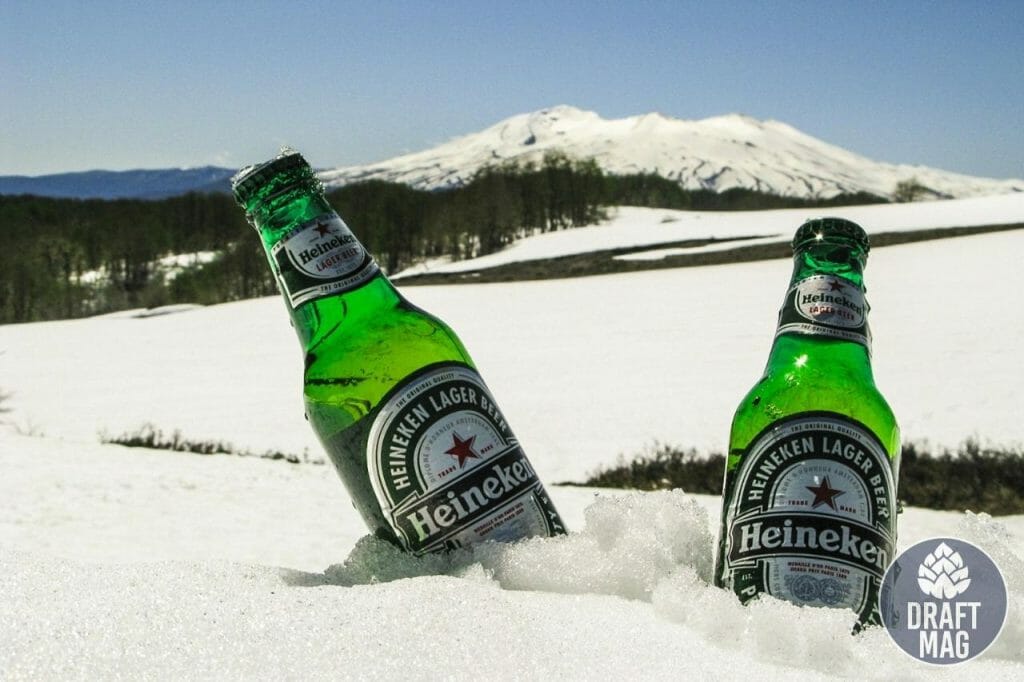 The best way to resolve the debate on the better beer is to try out both for yourself and see. Both Heineken and Budweiser have their fan bases and there are good reasons for that. You can now make an informed choice depending on the characteristics of both lagers.