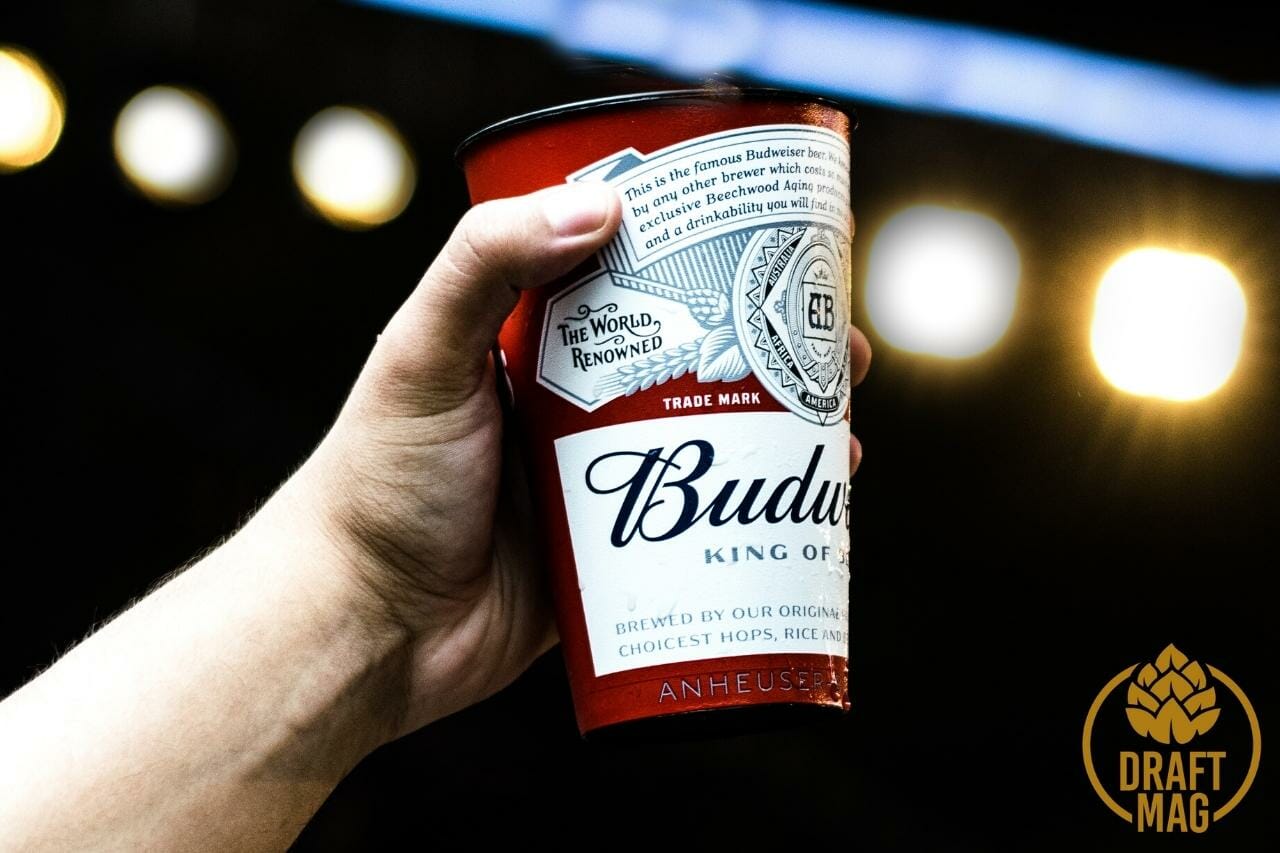 This Budweiser review will give you a better understanding of the smooth and refreshing beer. Budweiser, also known as “The King of Beer,” is an American-Style lager perfect for all kinds of people.

If you find Heineken or Miller lite too expensive, you might want to consider Budweiser as the best alternative. Let’s get right into the details of the superior-tasting Budweiser beer.

Here is a quick overview of this beer’s features:

Here are some of Budweiser’s most notable features, including its aroma, mouthfeel, flavor, and the dishes that pair perfectly well with it.

All American lager beers are famous for their exceptional clarity, majorly because of the lagering process. Budweiser beer has a thin but sparkling white head, making it stand out from the pale gold beer. The overall physical characteristics of a glass of Budweiser beer are:

Budweiser’s aroma is very faint. It is expected that all American lagers should have a low to medium maltiness resulting from the sweetness of the rice aroma. You will also notice a light fruity and floral ester on the nose.

American lagers, just like other types of lagers, are peculiar for their drinkability and clean flavors. Budweiser does not have high expectations for hoppy flavors and maltiness but has some unique tastes, including: 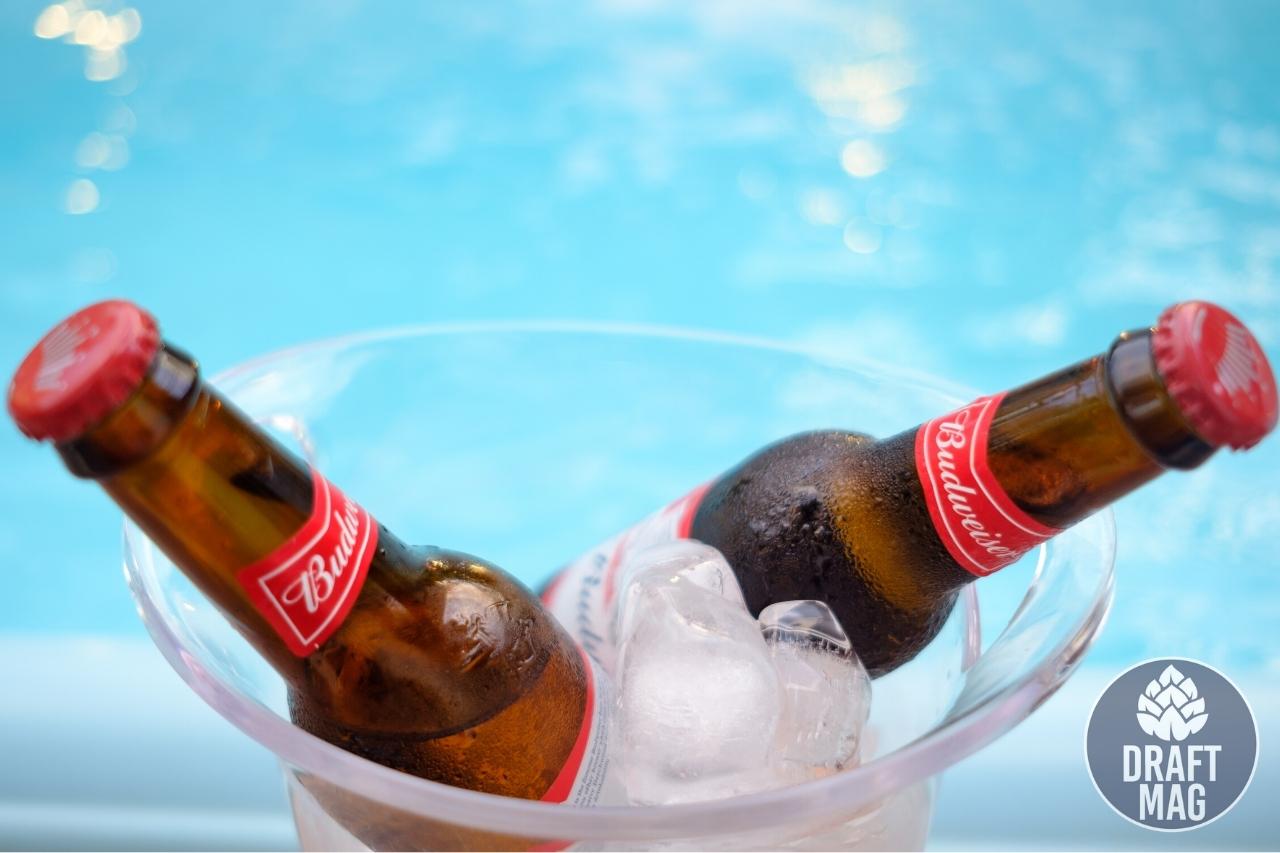 Some people even say that Budweiser tastes like water. The long fermentation process produces a beer that can easily go down the throat, just like water.

The rice in Budweiser’s recipe produces a sweet, starchy, gummy bear flavor. Other flavors present are banana flavors, which result from the high amount of carbon dioxide.

Budweiser is enjoyed best when combined with classic bar fare. When eating spicy, fried or salty food, the perfect combination is a beer with a slight taste and aroma, effervescent and neutral. You can also take this beer with chocolates, cakes or fatty foods. The carbonation of the beer will cleanse your palate.

Here are some other foods you can pair with Budweiser:

Spicy food goes well with Budweiser. A refreshingly cold beer will help cover the food’s spiciness, and a high level of carbonation can cleanse your mouth.

Here are some spicy foods to eat with this beer:

Salty foods are perfect for Budweisers since the clean, crisp beer keeps you refreshed. Most of the classic bar snacks are salty.

Seafood is another perfect combo for Budweiser. Like salty food, the beer’s flavor is enough to overpower the fishy seafood flavor. Seafood and lagers are lovely beachside summer treats.

The kinds of seafood perfect with Budweisers include:

Just like with salty and spicy food, the beer’s carbonation cleanses the palate, thereby overpowering the fatty flavors.

Examples of fatty food that goes well with Budweisers are:

Ingredients: What Budweiser Is Made Of

While the type of Budweiser beer may vary, the ingredients are similar.

Here are the various Budweiser ingredients:

Water is essential in any beer production since it ensures uniformity of all ingredients. The water used has to undergo a series of filtration processes. Only pure water can give the beer consistency and premium quality.

Rice is the primary ingredient that gives Budweiser its unique taste. The clean, crisp taste of Budweiser is because of the rice. Rice does not add to the beer flavor, it only adds to the color, making it light-colored and giving the beer its dry and clean aroma.

Adolphus Busch added rice to his beer recipe to make it different and unique from other lagers in the market. To date, Anheuser-Busch is the biggest buyer of rice in America.

Yeast gives life to Budweiser, as with other beers. Aside from giving life to this beer, it also adds to the flavor. The Anheuser-Busch brewing company uses its yeast strain that comes directly from the indigenous yeast culture used by Adolphus Busch in 1876.

This gives the beer its aroma and bitterness. It also helps to provide a balance between the bitter and sweet malty flavor. Budweiser’s brewers meticulously select clusters of cones from the best field in Idaho, Europe and the Pacific Northwest.

Budweiser ABV is about 5 percent. Budweiser alcohol content is quite perfect as it correlates with other Lagers, which are usually between 4 – 6 percent ABV. The alcohol content makes it enjoyable for any beer lover, whether you like double IPA or light beers.

American Lagers are served cold compared to ales, meaning that the lower the ABV, the lower the serving temperature. The best temperature to serve a Budweiser is 55 degrees Fahrenheit. A 12 fl.oz bottle of Budweiser contains 11mg of sodium, 146 calories, 118mg of potassium, 11mg of carbohydrate, 1.8mg of protein and 0g of fat.

History: A Brief Overview of Budweiser

Budweiser beer has always been the king of beers for a very long time, and it remains so until today. Budweiser is one of the United States’ national idols, and it is also a forerunner of the expert industry, Anheuser-Busch InBev. The growth and result of Budweiser date back to the 19th century in St. Louis Missouri, when Adolphus Busch, a German immigrant, built his brewing home.

Later, he collaborated with his father-in-law, Eberhard Anheuser, who also hails from Germany. They then created the Anheuser-Busch brewing company. Busch launched Budweiser in the United States in 1876. Over the years, Anheuser-Busch has developed various brewing techniques including pasteurization, which gives the beer a longer lifespan and better quality.

At a period when black Americans preferred dark beer, they produced their first lager. The brewery got suspended in 1920-1923, and they had to make a series of non-alcoholic drinks. Immediately after the ban was lifted, they regained their position as the king of beers. In 2008, InBev acquired Anheuser-Busch, and together, these two companies have created the world’s largest brewery.

– Why the Name Budweiser?

When Anheuser-Busch started, Busch traveled around Europe. He went to learn more brewing methods and study the current brewing techniques. He traveled to Ceske Budejovice, a city in the modern-day Czech Republic. He brewed his first beer there.

It was the tradition of the Czech people to name the first beer after the production location. Busch named it Budweis, which is the German interpretation of Ceske Budejovice.

The Europeans still use the name to promote their product, even with the way Anheuser-Busch trademarked the name. This caused many legal issues, but a consensus was made in 1907. Anheuser-Busch gained the right to use it in North America, while Czech brewers were allowed to use the name in Europe. 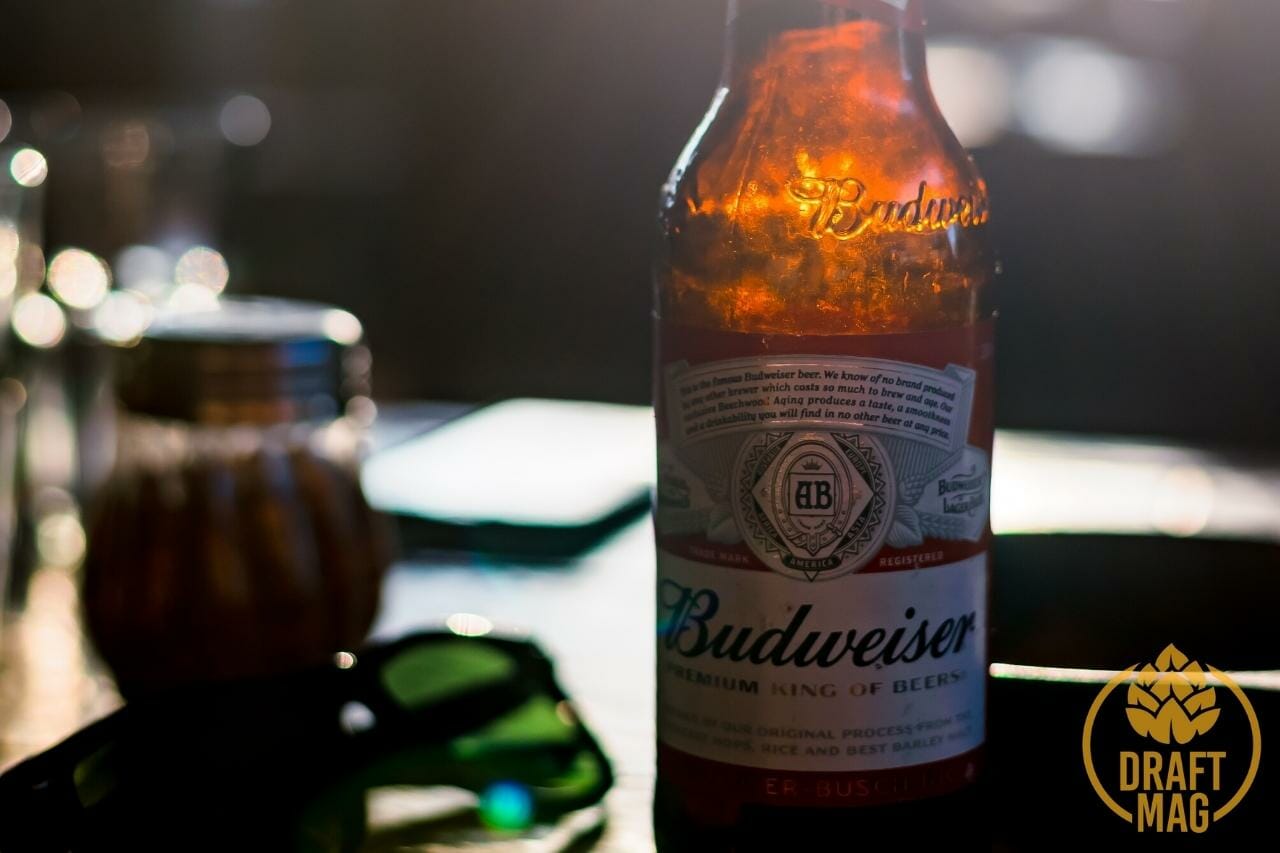 This Budweiser review has given you a clearer insight into the Budweiser beer. Now, you should better understand the beer and know if it’s the best choice for you. Let’s have a quick recap on some of the essential points discussed.

If you want the best beer with standard, top-notch quality, get a glass or bottle of Budweiser today.