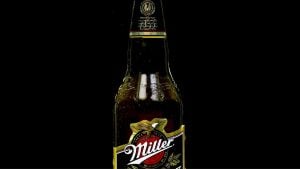 The Miller 64 beer is usually mentioned among the popular beers that gain a lot of attention from customers and beer drinkers. Known as MDG 64 before 2012, the light lager is well-known for its low calorie and alcohol content, making it a perfect choice for health-focused drinkers who want to enjoy it all day long.

If you’re one of those drinkers, you will enjoy a glass of Miller 64 whenever you want to drink beer. If you’re still not sure or don’t know enough about htis beer, continue reading our review to know more about it.

Pros and Cons of the Miller 64 Lager

Miller 64 Review With a Focus on Your Senses

You can enjoy drinking Miller 64 whether you’re trying to lose weight or don’t want to consume a lot of alcohol. Moreover, lager is best drunk when poured into a flute or a pint glass, and it gives a complete experience from the taste and smell to the look and feels. Since the calories have been reduced, it does not taste exactly like beer that you might be used to, but it is still delicious.

The Miller 64 lager has a straw yellow appearance when looking at it from clear glass. You will see the bright white foam head looking similar to the glossy foam of the ocean. Even as you drink this lager, the lacing and head retain themselves for a while because of the high carbonation level.

As for the smell, you will perceive a vague hint of apple and oats when you take the lager to your nose, along with the scent of corn. Aside from this, it is not aromatic because of the low Miller 64 alcohol content and cut-down calories, but you can benefit from the low calories either way.

This delicious lager tastes similar to the traditional Miller but is a muted version instead. It also has a diluted nut-like taste and sweet hints on your tongue as you swallow. Those who enjoy drinking more robust beer flavors won’t be impressed with the Miller 64 alcohol percentage and light taste, as it is a bit washed down than other options.

Aside from the delicate fizz you taste when you drink Miller 64, the beer has a light and watery feel on your palate as you drink.

Miller 64 is a light lager beer from Miller Brewing Co and is available all year round. As seen in the name, the calories are very low, set at 64, but this does not affect the taste.

It is considered a low-calorie variant of other beers and targeted towards those who don’t want to consume many calories. As for the alcohol percentage, it is a low value of 2.8 percent, making the beer perfect for partying all night without getting drunk quickly.

The beer is made with hops from the northwestern areas of the United States like Oregon, Washington, and Idaho. They are used to preserve the taste and freshness of the beer naturally.

Then, water acts as the base of beer, and Miller Brewing uses only the purest water, sometimes treated with chemicals to meet the company’s standards.

Another key ingredient in this beer is barley, which will go through malting like other similar beers. After the barley is processed to become full of starch and then heated, it stops growing. Then, the barley is combined with yeast to metabolize it into ethyl alcohol and carbon dioxide. Thus, yeast is another one of the key ingredients in Miller 64.

Since Miller 64 has a light and watery taste, they go well with foods with more depth and spice. If you want to drink your beer casually with friends while you watch a game or any other similar occasion, then this beer will go well with salty nuts. 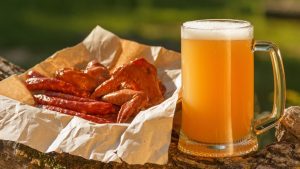 Besides nuts, pale or light lagers like Miller 64 are compatible with rich and bold dishes like herby chicken, spicy foods, rich fried food, and the like. This gives excellent contrast to your palate since Miller 64 is light and crisp.

You can also enjoy this beer with other foods like noodles, hot dogs, fried fish, Buffalo wings, french fries, and basically everything that contrasts its light nature. As you can tell, due to the refreshing and light flavor offered by Miller 64, you can pair it with basically most foods you enjoy.

How to Drink Miller 64

Whenever you have a bottle of Miller 64 ready to pop open, you can follow these tips to get the most of this light lager. Keep in mind that the alcohol content is pretty low, so you can drink more for a longer time without getting too drunk.

When pouring your Miller 64, set the cup at a 45-degree angle and pour it in a way that the beer slides down the cup. As you pour it, the head will also become very foamy, and you can set the cup upright once you have the right amount of foam you want. Keep in mind that you don’t have to frost your glass before pouring the lager.

Don’t down your Miller 64 in one gulp but drink it in small sips so that you can get the most of the light flavor. You should also ensure you’re drinking it with foods that go well with it.

Furthermore, don’t leave your beer open for too long under the sun, and don’t drink it cold either. Instead, ensure it is just above the room temperature so you can enjoy it properly.

For one, it’s not good to store beer for too long, whether it’s a Miller 64 or not. Storing it for too long will change the taste and make it feel off, so ensure you drink them quickly.

If you’re keeping some beer in the fridge for later, you should keep them standing up rather than lying down. If you don’t keep it in the fridge, your Miller 64 should be held in a cool and dry place.

What Caused the Shortage of Miller 64?

The shortage was caused by cyberattacks which interrupted the production and shipment of beers for a short period. Between April and July of 2021 there was a massive deficit in Miller 64 and other beers from Miller Breweries Co, but not to worry, as the company is doing just fine combating that issue.

The cyberattack adversely affected the brewing operation of the company, and it took a while before the global system was up and running again. This isn’t the first time a leading brewery company has been hacked, and this attack affected other businesses running on similar software. So, the Miller 64 shortage has been dealt with, and you can easily find delicious beers at stores near you.

Yes, they do. Many people love drinking Miller 64, but like for everything else, tastes and preferences differ.

Although Miller 64 is a popular beer, customer opinions cut right into the middle. The beer does not appeal to those who want a solid and deep taste of alcohol with every sip, as it is on the lighter side. Also, those who want a high alcohol content avoid drinking the Miller 64. It has also been criticized for being a washed-down version of traditional Miller beers, but many drinkers disagree.

Other people love drinking Miller 64 because of the watery and light taste. Customers have praised the Miller 64 calories count, too, as it allows them to drink beer when trying to lose weight or focus on their health.

It’s also a pretty good-to-drink beer just for the taste and to avoid getting drunk or drink it at social events while remaining sober, as other customers have stated. This is because it gives you a great flavor without all the downsides of beer.

So, if you fall into the following categories, you will be part of the latter that enjoy Miller 64:

Conclusion: Find Out If Miller 64 Fits Your Taste

So, is Miller 64 the best beer on the market? 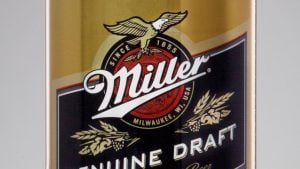 If you are someone who prefers a deeper beer taste, then it’s probably not the one for you. However, if you’re a bit more cautious with your health and what you consume, or even if you don’t like consuming alcohol often and just prefer to sip on something light, then this beer is just the one for you.

All in all, we definitely do recommend Miller 64 to all those of you who are looking to try a lighter beer that won’t have you tipsy from the first sip and that prefer an overall light mouthfeel to their drinks.

Pabst Blue Ribbon Review: Read this before Buying Your Next Bottle

Michelob Ultra Review: What Makes This Beer Stand Out?

New Belgium Trippel: A Cursory Assessment of This Belgian-style Ale