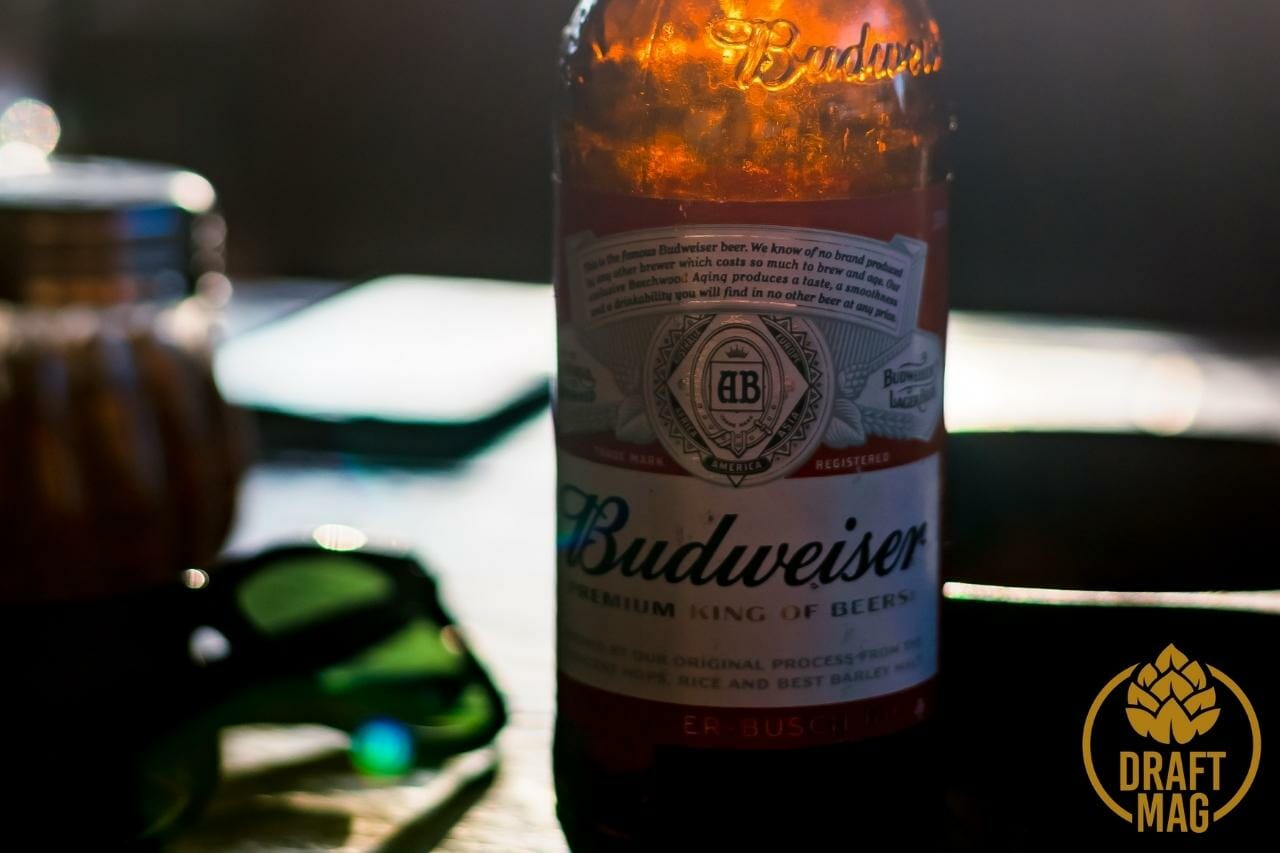 If you’ve been looking for a Budweiser zero review, you’ll love our complete guide to this popular non-alcoholic, low-calorie beer. In this article you will learn everything there is to know about Budweiser 0.

Almost every commercial brewery is developing recipes for alcohol-free beers; from Millers to Coors to Boston Beer Co. and Budweiser, people are now opting for healthier options.

So grab a bottle and discover everything about this non-alcoholic beer below.

Here are some important facts about the Budweiser Zero to get you started.

Budweiser 0 is an American-style Pale Lager produced by Anheuser-Busch. This is a beer with no alcohol content, zero sugar and bare minimum carbs. The Budweiser zero alcohol content is only 0.5 percent with only 22 g carbs.

Even their tagline says “zero alcohol, zero compromise.” It was formerly called “Prohibition brew,” and with newer beers being brewed every day, it doesn’t come as a surprise that brewers are trying non-alcoholic beers more often than not. There are plenty of non-alcoholic beers available in the market.

Here are some characteristics of Budweiser 0.

This beer pours a crystal clear, pale golden yellow in color. It has a generous white head with low retention. There is a moderate amount of active visible carbonation that can be seen coming through the bottom of the glass.

The beer is fizzy and foamy in nature. There is decent lacing at the rim and across the face of the beer. It looks just like a regular Budweiser.

The beer smells of bread and cereal. There are light aromas of green malts and some rice, alongside some slight grainy sweetness. There are aromas of corn potatoes and shortbread cookies as well. If you’re drinking this beer from a can, you will find it to be shockingly devoid of smell.

On the other hand, if you’re drinking this beer from a glass, you would get similar notes such as Bud Light. There is also a slight pinewoods smell, mainly due to their wood stave aging process.

When it comes to non-alcoholic beers, not everyone prefers them. For a Budweiser without alcohol, this beer is not bad at all, and it tastes better in a glass than in a can. There is high carbonation which is clearly visible once poured into a glass, and the taste of sweet potatoes is stronger in a can than in a glass. It’s an extremely light and breezy beer perfect for a family summer outing.

It’s almost natural for anyone to dislike this beer unless they taste it for themselves. Once you taste it, you will know how perfect this beer is as a refresher. This beer is less watery than Bud Light, but if you’re a fan of Bud Light, you’ll definitely enjoy this drink. If you are on a diet and craving an ice-cold beer, Budweiser 0 would do the job.

On the first sip, this beer has lots of grain cereal, slight oak flavor, some sugar cookies and moderate notes of bread. There are light aromas of rice ingredients and the beer has a grainy sweetness that likens the flavor to a Budweiser Light.

Midway through the sip, there are some pretty good malt biscuits and oak-like flavors. There is extremely slight, almost hidden hoppy floweriness.

On the back palate, there is a heavy malt biscuit note and some German hop butter notes. There are undertones of sour lemon that tend to balance the overall equation of the beer.  The overall flavor profile of Budweiser 0 is clean, crisp and dry with minimum hop presence. There’s a slight residual candy-like sweetness in the aftertaste.

This beer goes well with dishes that are savory, salty and spicy. Some foods you can serve with the Budweiser Zero include roasted chicken, hamburgers and spicy tacos. 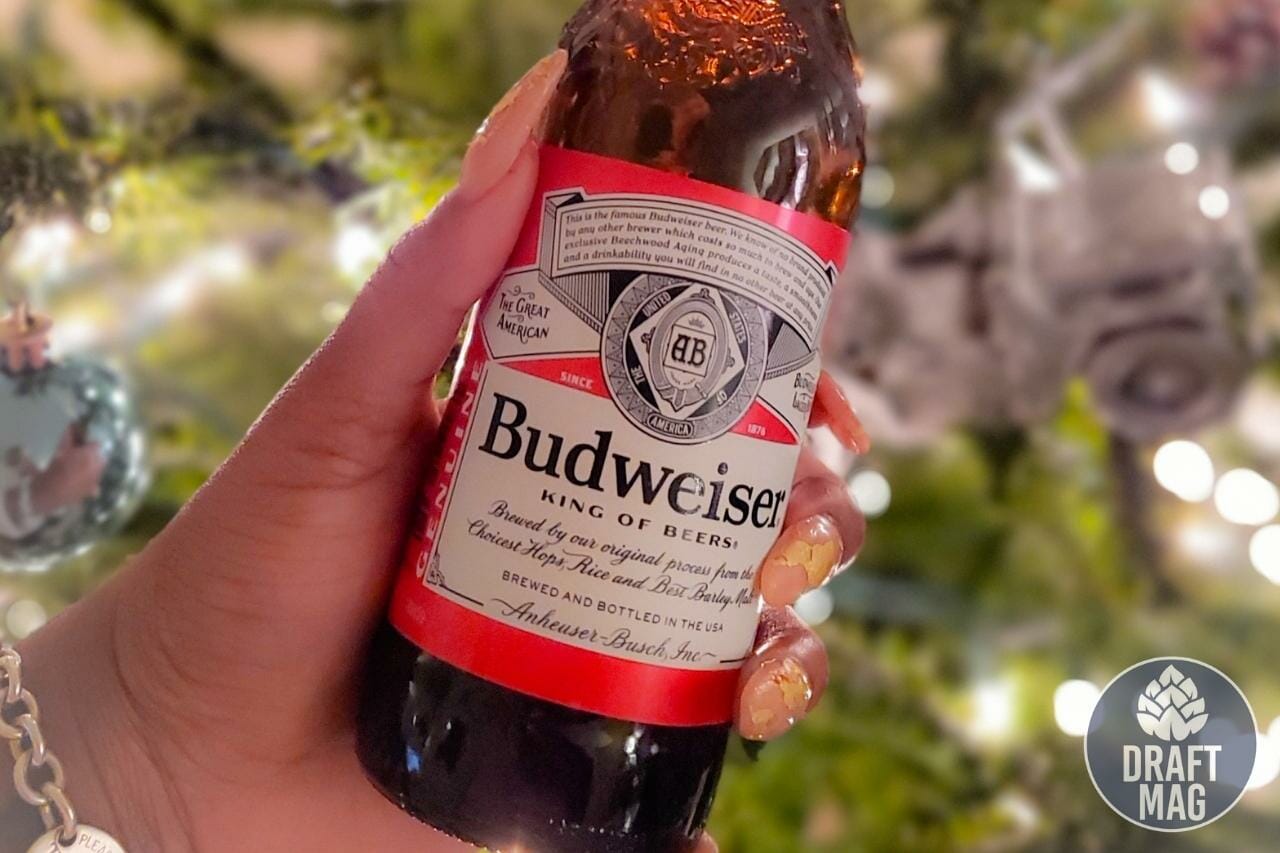 Looking at the label, you would expect something fascinating out of Budweiser Zero ingredients, but this is not a craft beer. The main ingredients in this beer are water, barley, rice, malt and hops.

The term zero stands for natural flavors, which means this beer is free of any artificial flavorings.

Rice is a common ingredient in such beers because it makes the beer light and is almost non-flavored. There are no hop or malt extracts in Budweiser Zero.

As stated above, the Budweiser Zero is considered to be non-alcoholic and lower in calories compared to most beer brands in the market.

Here is what the Budweiser Zero nutrition label includes:

Budweiser Zero was launched in 2020 by the popular American brand Budweiser. This beer was created in partnership with NBA legend Dwyane Wade, who says that he had the hardworking athlete in mind while conceptualizing this drink. It boasts of zero sugar, a low 50 calories, and 0.5 percent ABV, all wrapped in an attractive white packaging.

The popularity of non-alcoholic beers has seen an uptrend amongst millennials. As a general rule of thumb among beer enthusiasts, any beer is that is alcohol-free is considered healthy. While nutritionists say these cannot be considered “health drinks,” they believe these are a healthier alternative to traditional beers and view it as an occasional pleasurable drink.

Most regular beers have a calorie count between 145-180, and some craft brews even touch a high 200 calorie count. But when it comes to non-alcoholic beers, there are some health benefits that may surprise you.

Here are some of the known and researched health benefits of non-alcoholic beers:

Researchers believe that non-alcoholic beers lead to a healthier heart. These types of beers contain polyphenols that help maintain a good heart. These beers reduce blood pressure and inflammation. They also produce stem cells that repair and maintain the endothelial walls of the blood vessels.

If you are a fan of golf or billiards, you know how much fun it is to play them with a side of some chilled beer. Also, when it comes to some physical sports, a non-alcoholic beer after the sport can help in hydrating the body. It also benefits post-exercise recovery.

A deficiency of copper can lead to joint pain and weak bones. One of the many benefits of a non-alcoholic beer is its promotion of copper metabolism. It doesn’t allow the body to be copper deficient.

Did you know the hops used in beer promote good sleep?

Just like that, consuming non-alcoholic beers reduces anxiety and stress.

Silicon is a component of non-alcoholic beer. Consuming these may increase bone mineral density and reduce the risk of osteoporosis. Experts recommend picking a beer with the best and highest quality of malted barley and hop to gain all the benefits.

Hops are what bring character to different beers. They are an essential ingredient in any beer-making process. Hops contain a specific compound called xanthohumol and myrcene which have sedative effects.

These are thought to promote healthy sleep patterns. Hops increase the activity of GABA acid, and when GABA acid levels go up, the neural activity decreases, leading the brain to relax.

It is a known fact that breastfeeding mothers should not drink alcohol, but a quick reminder – Budweiser Zero has no alcohol. Needless to say, breastfeeding mothers can enjoy this drink after all. We have seen the number of benefits a non-alcoholic beer has, so it is safe to say that mothers can enjoy a pint or two as a refresher or a breather between their rigorous lives.

Researchers say that non-alcoholic beers may be able to increase antioxidants in breast milk. This in turn can act as stress relievers in the body of a new mother. 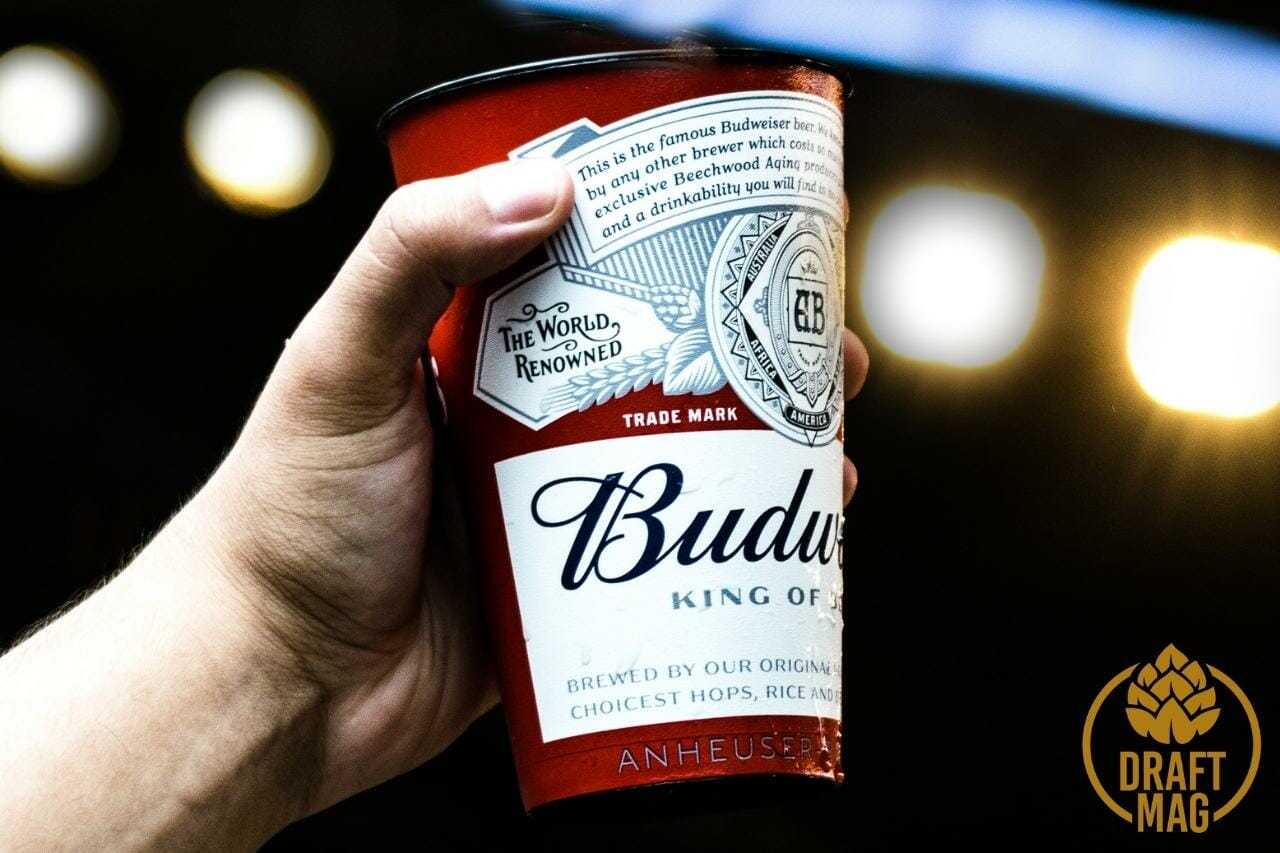 As mentioned before, this is a perfect drink for a warm, sunny day as it is a neutral-tasting lager, and while some people enjoy hoppy, fruity beers, there is a niche for these types of beers.

This beer is a good catch for people who want to taste the beer but don’t want to have alcohol. Non-alcoholic beers are a great alternative to regular beers as they keep you away from any harmful effects of alcohol.