German monk beer goes way back to the 17th Century when the Paulaner monks crafted their first sud to sustain them during Lent fasting. Since the monks were not allowed solid food for the next 46 days, they came up with the idea of crafting a German monk beer fast recipe that was rich enough to keep body and soul together for the entire time. 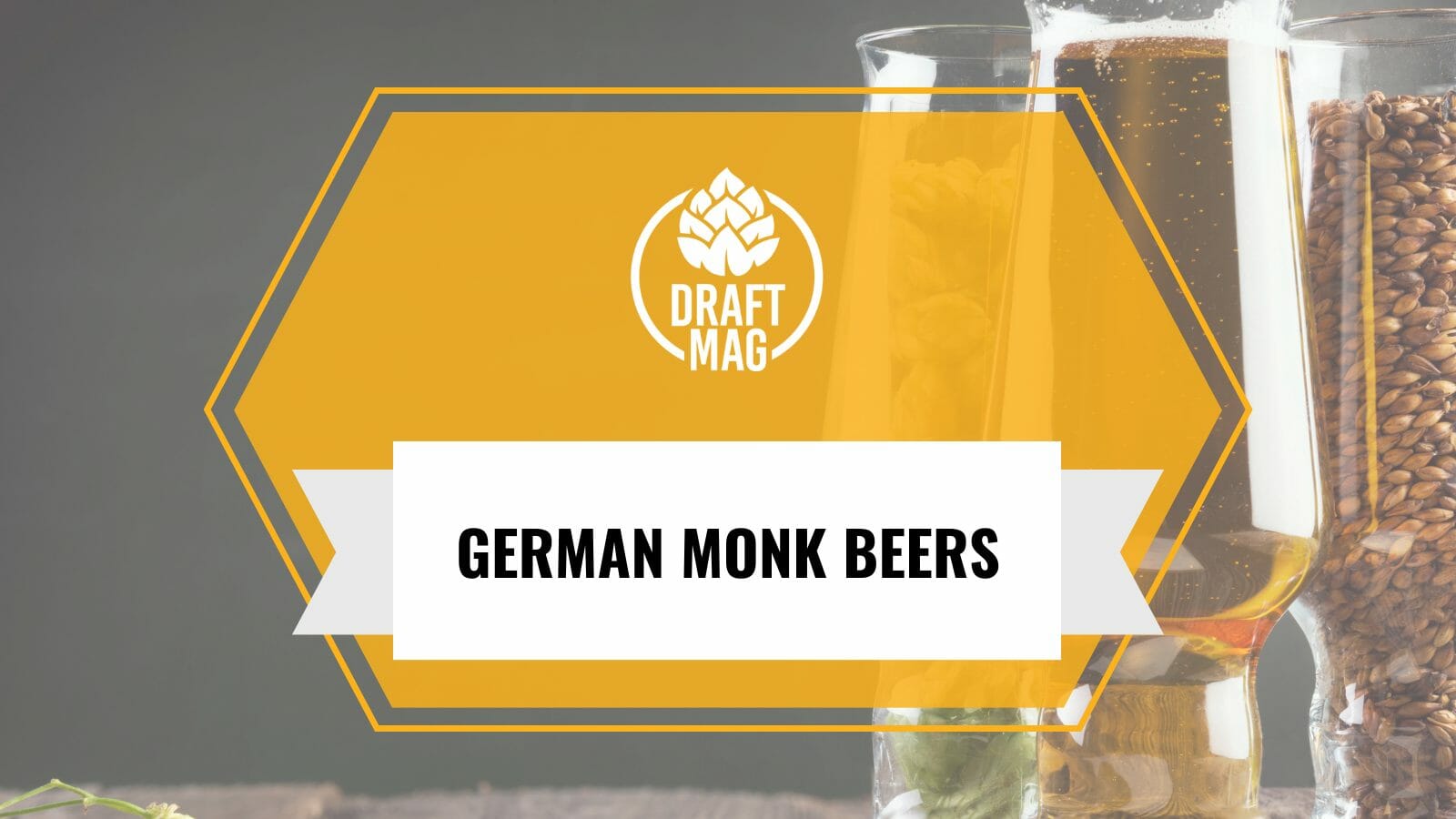 Therefore in 1636, the monks came up with a beer that they nicknamed “liquid bread” due to its rich constituents. Discover the smell, taste and appearance of seven of the best German monk brews.

We have compiled a list of the top-selling beers either brewed by monks or brewed in the traditional style of the monks. Interestingly, these suds are being crafted today and one can enjoy a rich tradition of a “religious” ale as it was made over 400 years ago. However, note that these beers are different from Trappist beers which were crafted by Trappist monks.

From the Holy Mountain of Bavaria comes this centuries-old doppelbock Dunkel which features a dark color with a fine tan head that sticks on the upper lip. The German beer has tight bubbles that accentuate its firm body which is as steady as rock. The aroma tickles the nose as it is dominated by dark fruit esters with nuances of figs, dried fruits, molasses, grain and herbal hops. The taste harmonizes malts, figs and cocoa powder with notes of candies, molasses, vanilla and grassy hops which gives it an initial sugary taste embraced in cocoa powder and ends with hoppy bitterness. 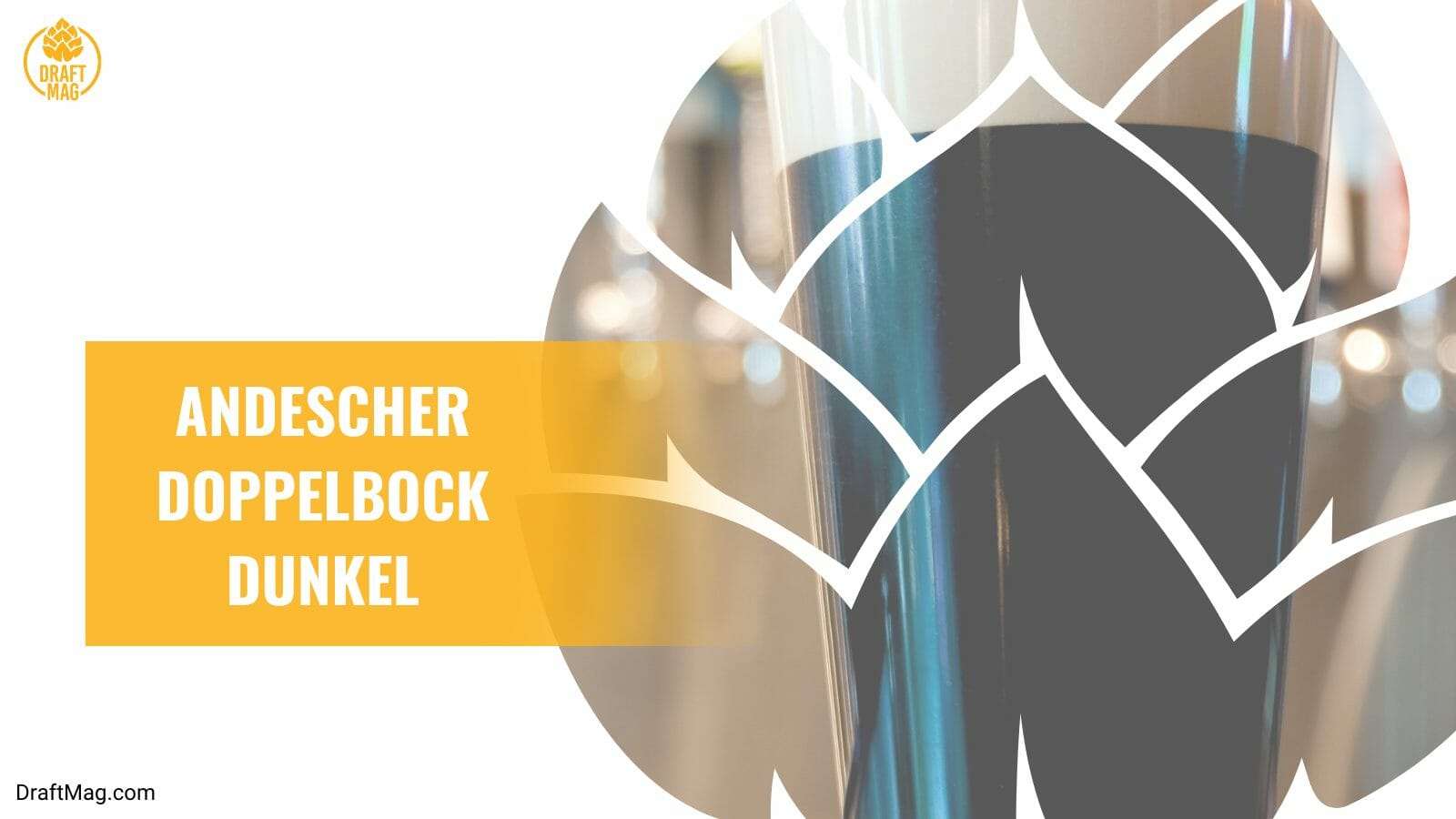 The brew has a dry finish with a powerful punch that leaves a chocolatey aftertaste that takes a while to disappear. It is meant to be savored hence its thickness, thus rushing it down could cause some stickiness down the throat. It is smooth with an ABV of 7.1 percent, a medium body and light carbonation. Overall, the Andescher Doppelbock Dunkel is a delicious beer that is very filling and pairs well with parmesan pizza or roasted pork with barbecue sauce.

The German monk beer Kreuzberg is crafted at the Kreuzberg monastery in Bischofsheim in de Röhn. The popular beer resonates with a lot of connoisseurs as it has a good rating of 5 stars out of 5 for its delectable taste which gives an unforgettable experience. Served in a beer stein, the beer showcases an amber color with a nice effervescence that forms a thick creamy head. The scent is fairly weak with faint floral notes, cereal grains, breadiness and malt nuances — at least that’s what the nose could pick up. 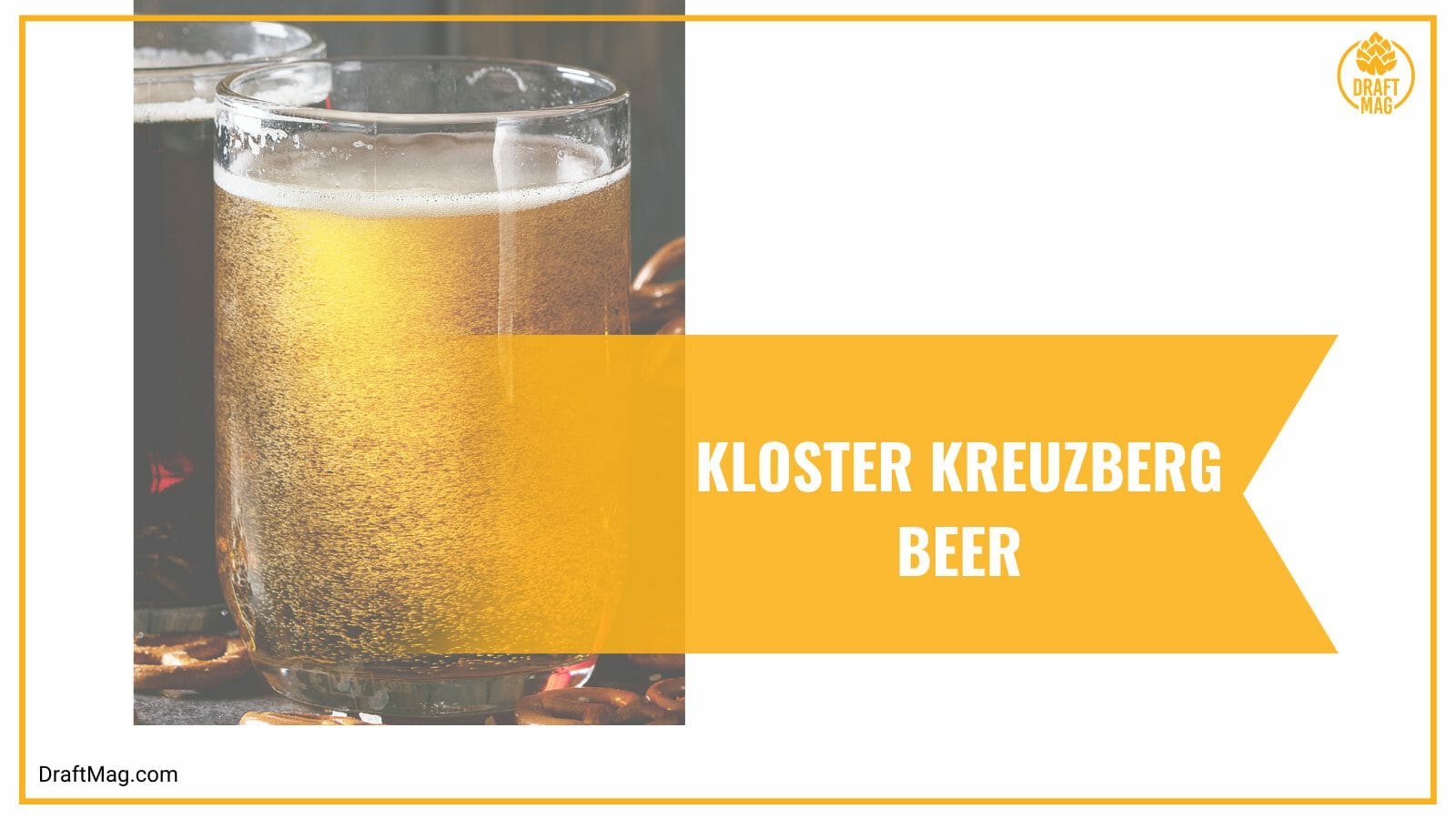 The delicious taste features a rich combination of hoppiness with candy sweetness and malt complexity that leaves a refreshing feeling and a lingering bittersweet taste. It is an expertly brewed beer that goes down easily, thus you could chug quite a lot in a few minutes without noticing it. A great beer by all standards and perfect for cold winter evenings or keeping the conversation going while you host friends or relatives. This beer is sure to give you an experience you’ll remember for years to come.

From the Spaten-Franziskaner-Bräu comes this famous monk beer that delicately balances fruity sweetness with hop-flavored bitterness. The color of the beer is hazy golden amber with a three-finger froth that sits above the delicious ale. Its aroma is banana-forward with hints of apple, pear, yeast, and honey with a bit of mustiness that is probably from the wheat. The beer has a very clean taste with a dominant banana flavor and nuances of wheat, apple, and yeast. 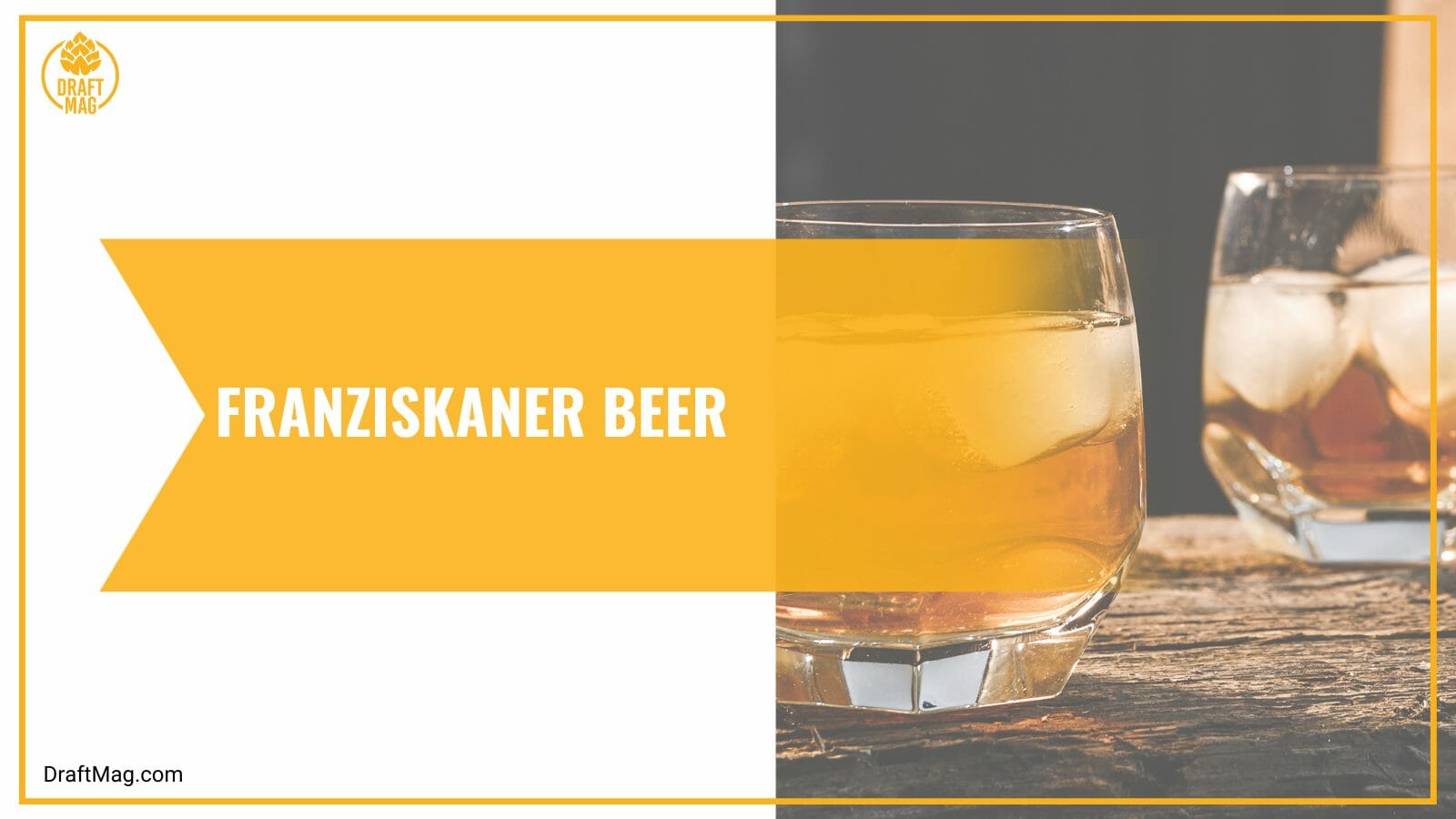 Franziskaner is Weissbier that has a creamy and smooth mouthfeel with soft undertones. It is a full-bodied wheat beer with good carbonation and a sweet finish with a slight lingering bitter aftertaste. It has a 5 percent ABV and pairs well with salad, cheese, pork, and seafood dishes and is great for a warm spring evening. This is a refreshing and crushable wheat beer with a little bit of spiciness.

Export Dunkel from Klausterbrauerei Andechs in Germany features a chestnut hue with a firm and finely pored head that lasts till the last sip. The aroma is that of dark malts with cocoa and grains and nuances of fruity yeast. The beverage showcases rich flavors of dark malts followed by plain chocolates which blend effortlessly with sweet caramel and grains. The beer is full-bodied and thick on the palates but goes down easily leaving a slightly bitter aftertaste. 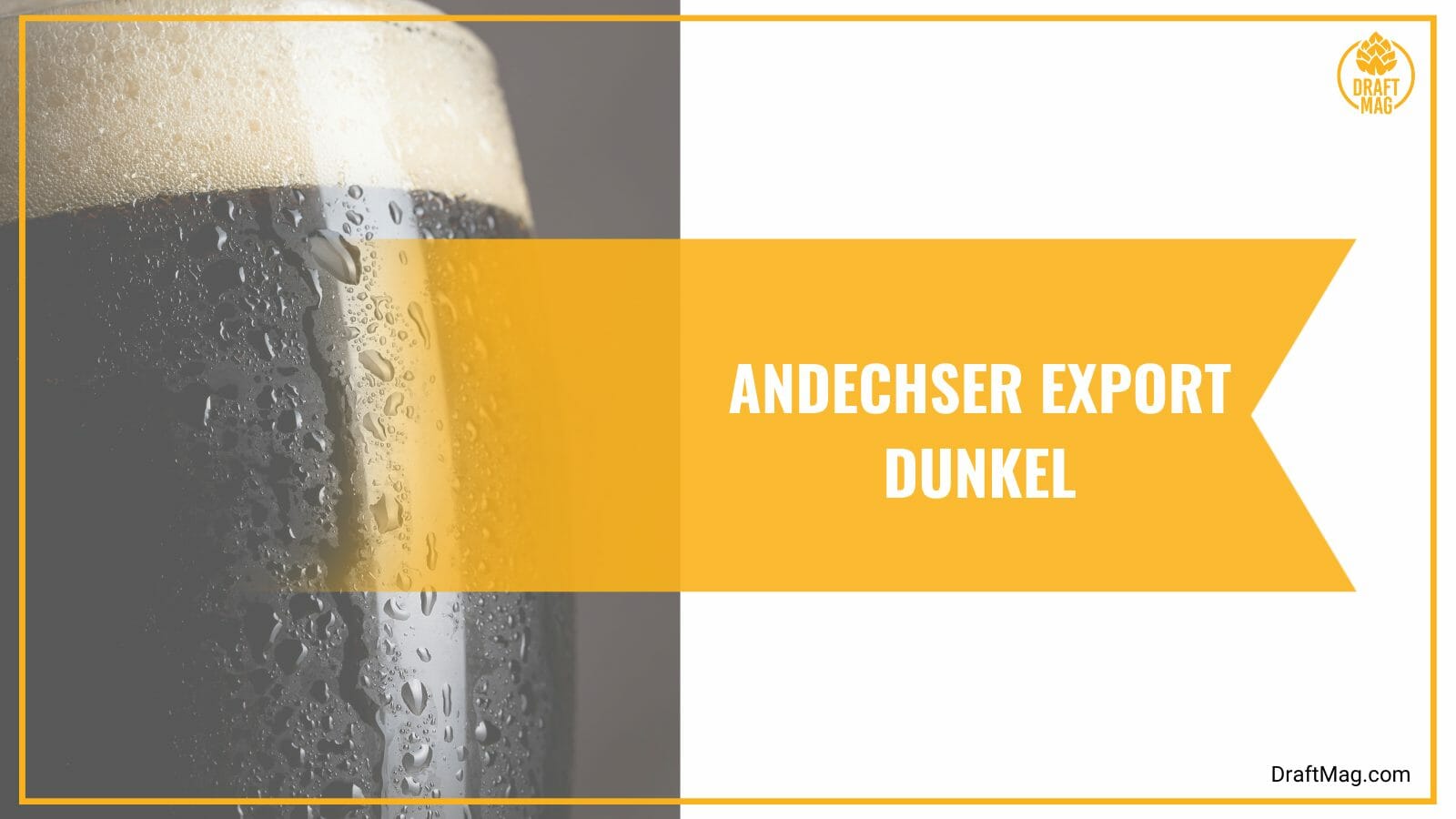 With an ABV of 4.9 percent, Export Dunkel can keep you company for a while before you get tipsy. Its 19 IBU means it is a predominantly sweet beer that harmonizes with malts and hops to balance the sweetness. It has a tad more malts than the average Dunkel, which adds to its wealth of great nutrients. The beer matches with beef in black sauce or mussel and is perfect for a warm summer afternoon.

This beer has a 375-year rich history of quality aroma, taste, and all-round excellence packaged in a 375 ml sparkling bottle. The Paulaner Salvator still stays true to the brewing tradition the monks used that brought it its fame. The doppelbock features a quick-dissipating thin tan head that beautifully rests atop a dark chestnut-colored beer with little lacing. The aroma is that of bread and biscuits with hints of sweet-smelling caramel malt and chocolate that trigger the salivary glands. 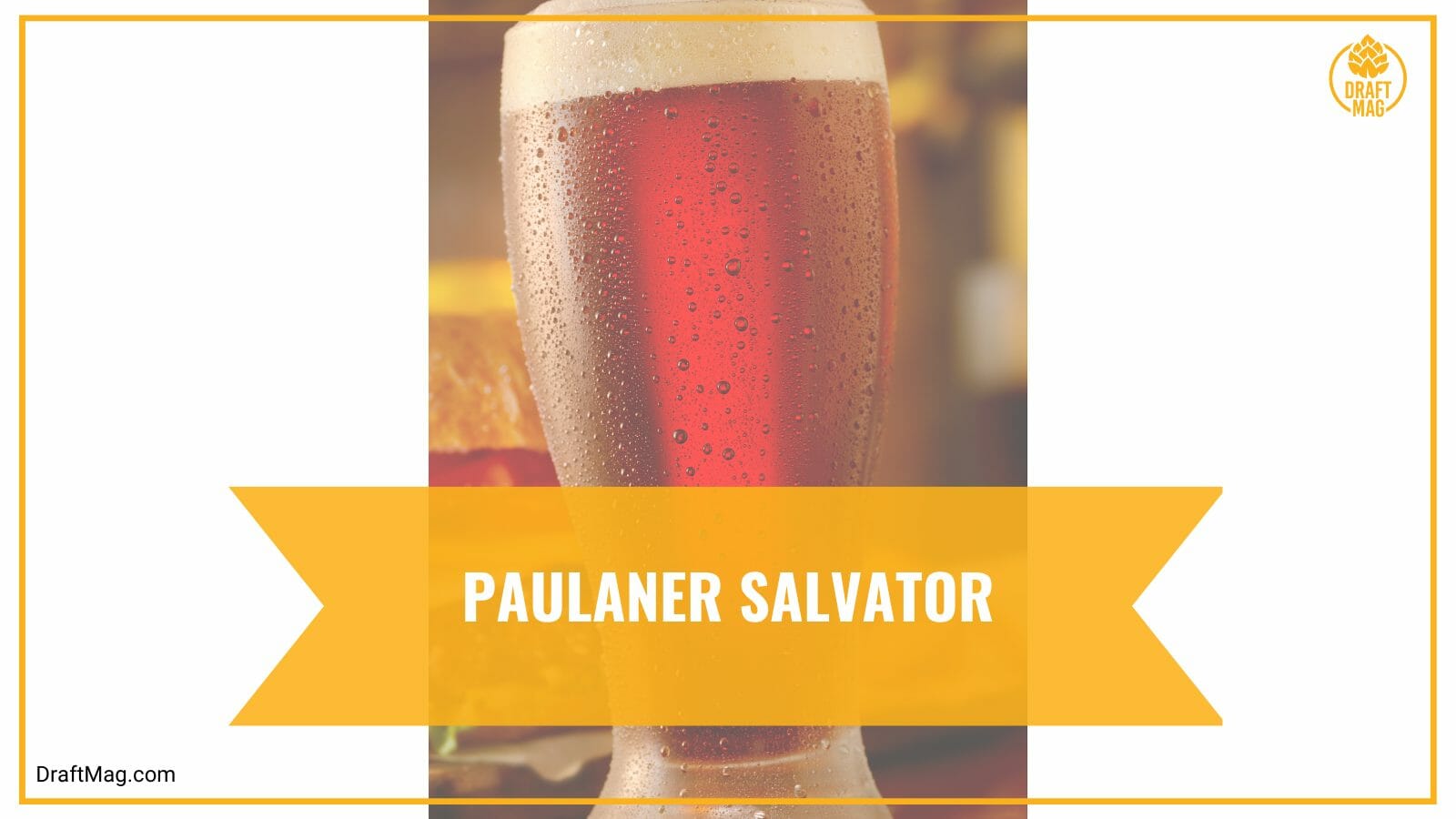 The taste is generally sweet and features toasted caramel, bread and chocolate with slight astringency to ensure it’s not sugary. The beer is thick with a soft texture and good carbonation that gives it a fine firm body and an awesome mouthfeel. Paulaner Salvator is smooth with an initial sweet aftertaste on the front of the tongue and slightly bitter at the back. The beer has an ABV of 7.9 percent and is great for the warm weather that characterizes the Autumn season.

Arguably the best doppelbock on the block, the beer reflects the heartiness of the monks as they labored to invent this style centuries ago. Brewed by Ayinger Privatbrauerei, the beer’s fragrance is sweet with malt nuances and notes of raisin bread in the background. The flavors follow the nose with a malt-dominant taste followed by hints of dark ripe fruits and a chocolatey-coffee finish. The appearance is alluring as the deep red beer is beautifully crowned by a medium off-white creamy foam that gracefully lines the glass. 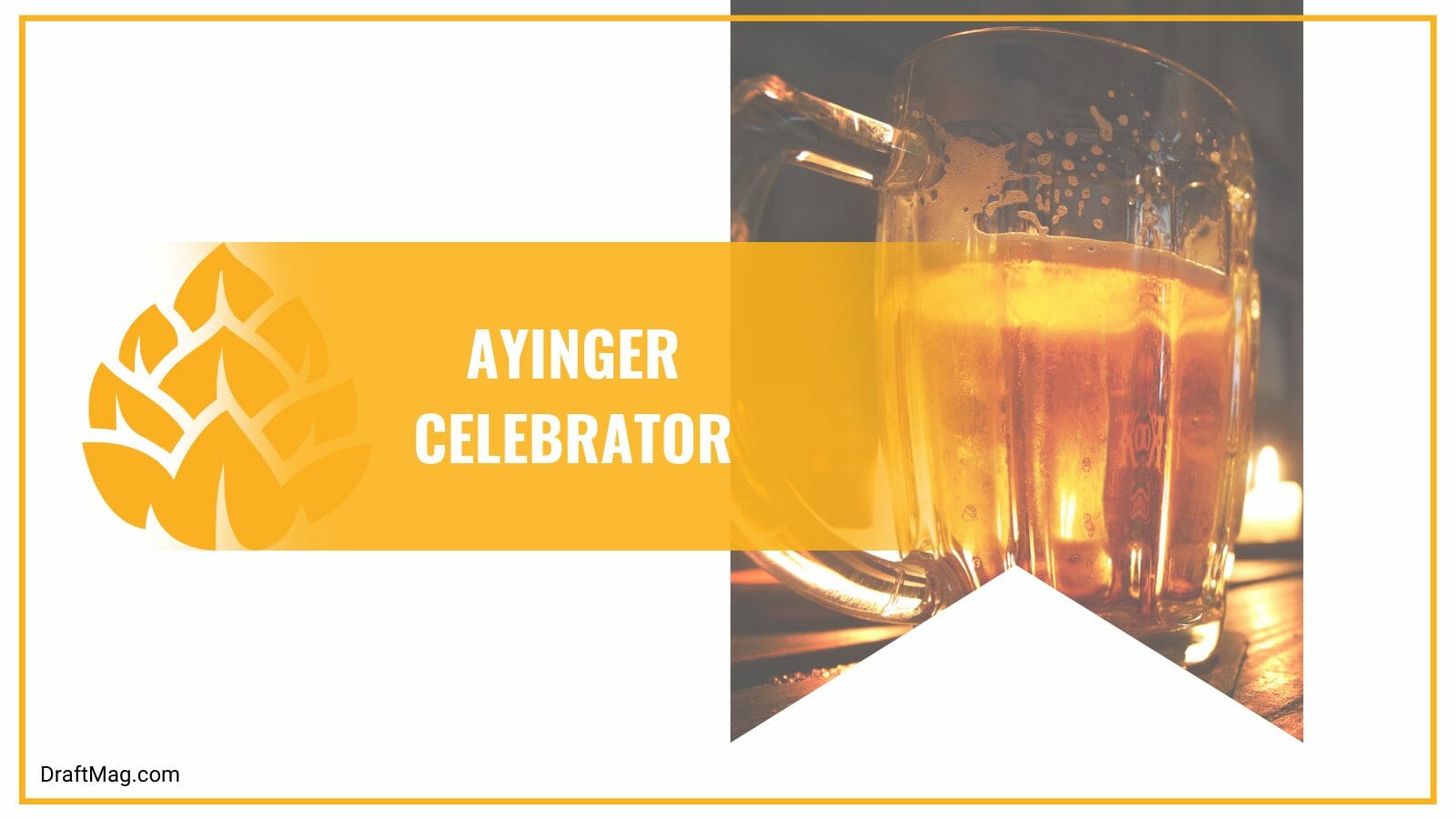 The beer has a medium to full body and features a creamy texture that coats the palates and leaves hints of roasty bitterness. The carbonation is pretty high but appears to calm down as the mouth gets used to it and it goes down smoothly as well. Celebrator has a pumpernickel finish with a slightly bitter aftertaste excellently balanced by the candy-like sweetness. A great beer to chug during a heavy rainstorm or any unfriendly weather.

Augustina Maximator, brewed by the prestigious Augustiner-Bräu, pours a translucent golden color with a large beige head constantly fed by awesome effervescence. The beer features strong malty and bready aromas with hints of roasted nuts, caramel and pecans. The flavor is a mix of roasted nuts with toasted bread and caramel and a tint of earthiness. One can also taste the alcohol, though it is a bit vague which is expected of a 7.5 percent ABV Doppelbock. 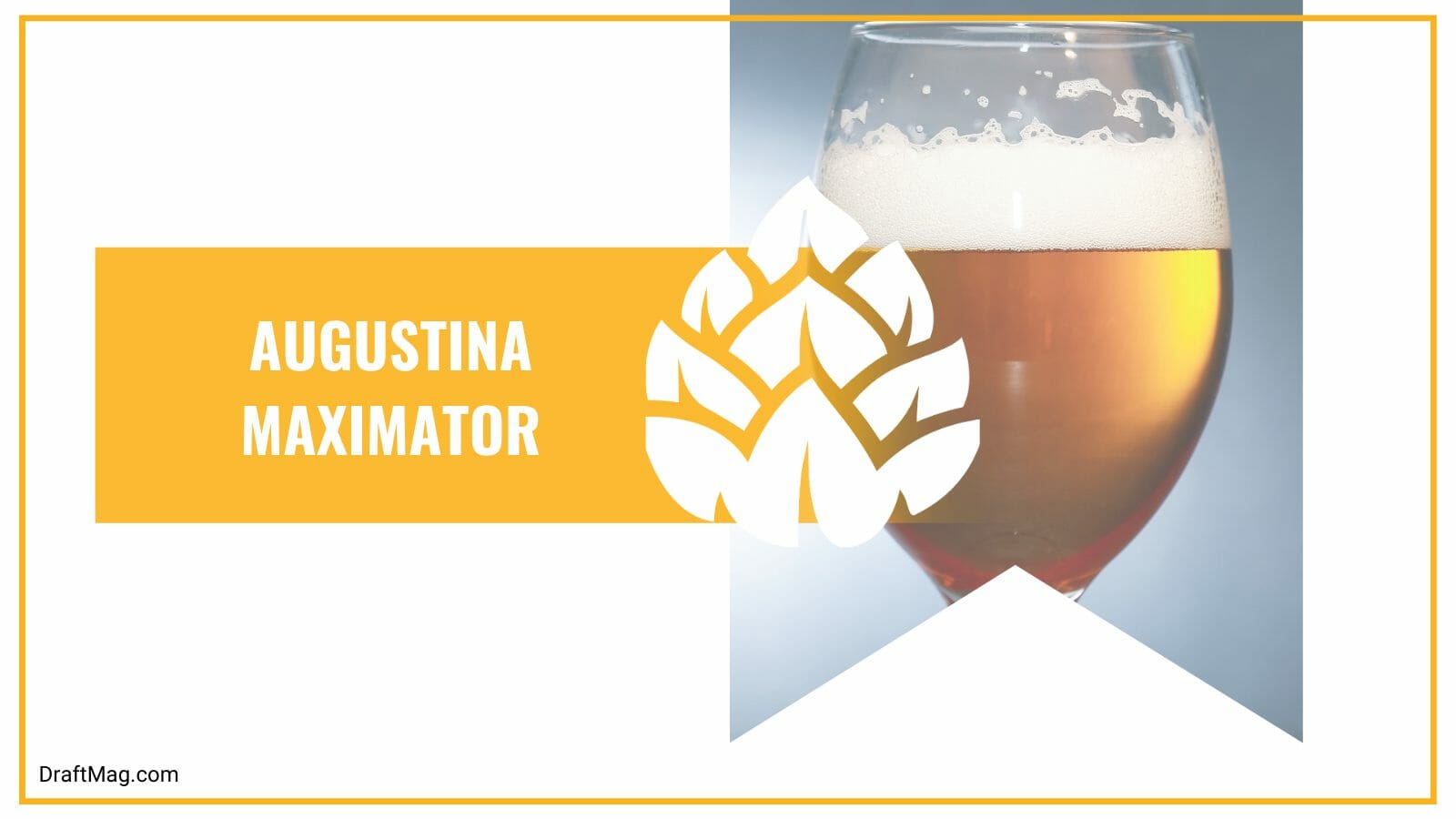 The body of the beer is medium with soft carbonation that is gentle on the palate and ends with a dry crispy finish. This beer is a little bit on the sweet side than normal doppelbock though the herbal flavor helps to balance the sugariness. A thick beer that makes great company during a cold spring night or while reading your favorite book. The beer pairs well with meat such as venison, duck or boar or fish and pasta.

The Animator comes in a 12 oz brown long-neck bottle with a brown label on which the word “Animator” is boldly printed. The color is clear deep amber with a silky thin head that vanishes once the beer begins to warm. The beer features vague aromas of malt, butterscotch and candy with subtle hints of dark fruits, chocolate and roasted malts. The taste is similar to the smell with a malt-forward flavor featuring highlights of chocolate, dark fruits, yeast and grain. 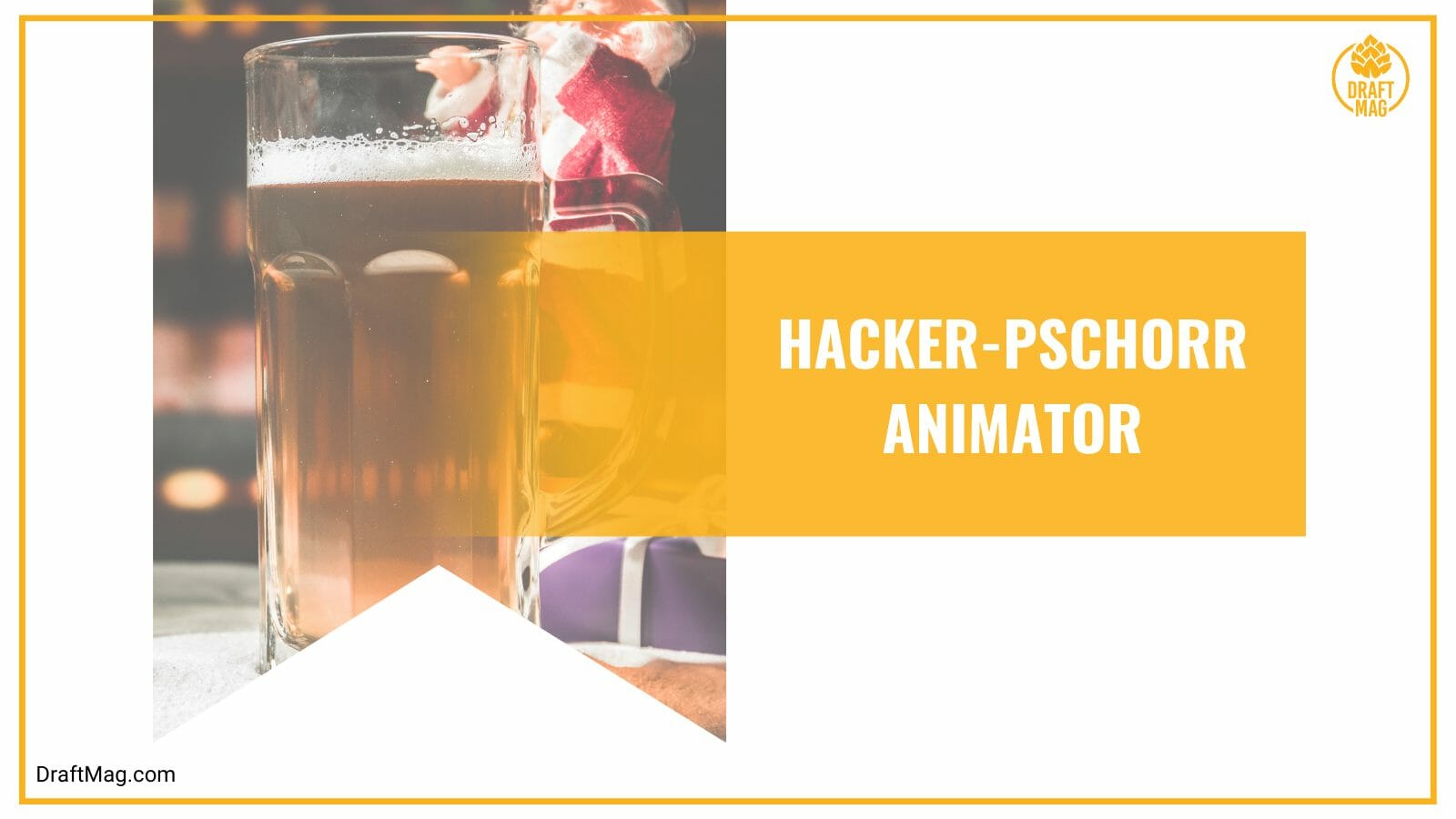 The mouthfeel is somewhat creamy with a light body and moderate carbonation and it finishes with a dry alcohol taste. The heavy beverage has a smooth texture that makes it easy to swallow and is quite sugary as well. Overall, it is a nice soothing drink with well-hidden alcohol that peeks through in the aftertaste. The rich beer pairs well with pork and potatoes or gamey meats such as grilled rabbits, roasted duck or venison.

So far, we’ve covered the history of monk beers and have discovered the essential characteristics of some of the best doppelbocks in the country. Here is a summary of all that we’ve covered in this article:

These monk beers are either black or deep red, with a few having the golden color with mostly large and creamy heads leaving behind beautiful lacing. They are famous for their rich aromas and delicious tastes, which give drinkers an experience of a lifetime.