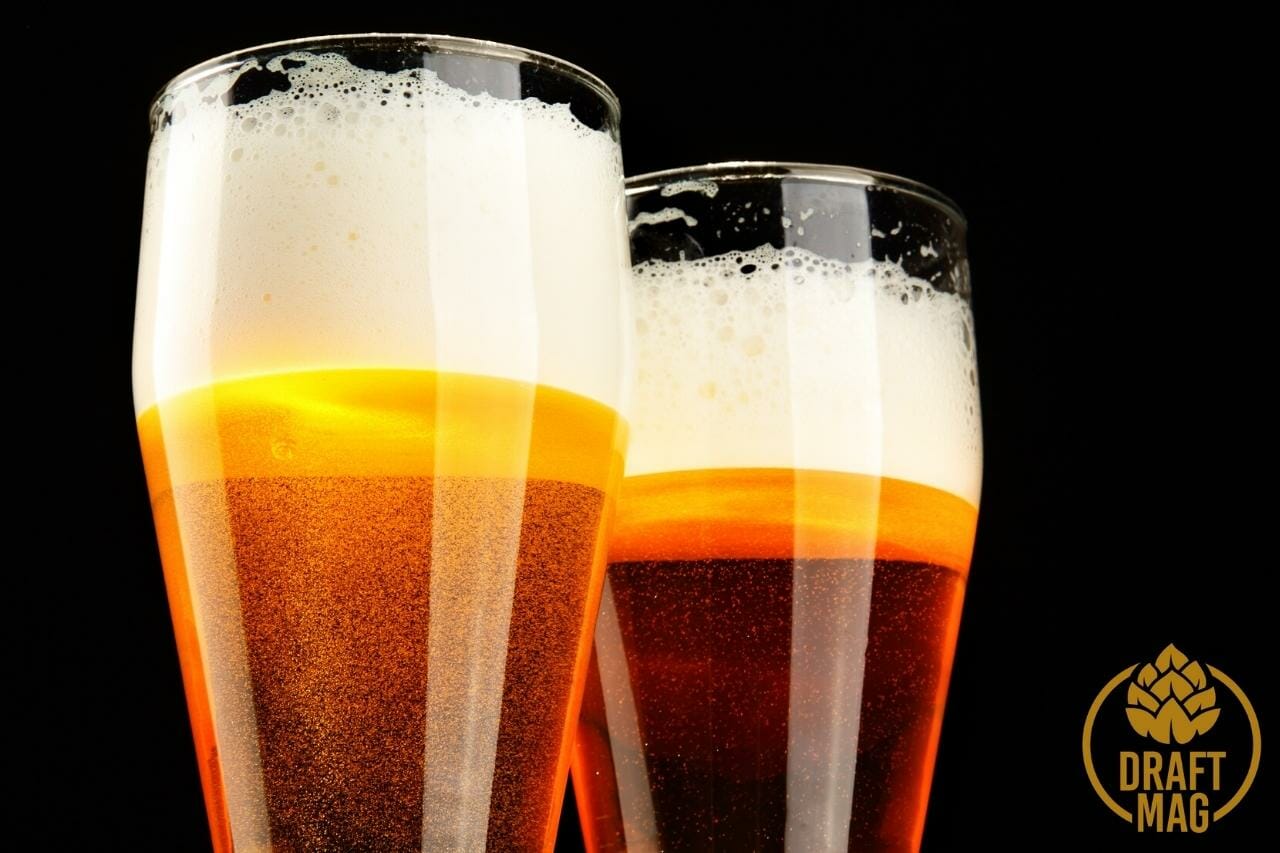 Amber Lager is a medium-bodied, amber to light copper-colored beer known for its signature caramel-malt flavor. The distinguished amber color comes from the use of toasted malted barley during the brewing process.

It remains the first choice for beer lovers who shy away from hop-forward, boozy IPAs.

Let’s explore in-depth what amber lagers have to offer:

Amber lager’s aroma, flavor, and hoppiness vary from beer to beer depending on the brewers’ intent. Still, the focus remains on the malty side with a fuller body.

Amber lagers pour golden-amber to darker shades of red. Over the body sits a dense, off-white head that shows low to moderate retention.

The beer is clear with low carbonation. This beer style is also known as Red Lager in America, due to its amazing color.

An amber light beer has low to moderate malt and caramel-sweet aroma. The toast-malty aroma can be grainy. It has a less to no hop aroma with hints of floral or spicy character. Overall, the beer portrays a typical, pleasant and clean profile like a standard lager beer.

Malt’s profile is low to moderate, with notes of caramel and toasty bread becoming more prominent. You can taste low to moderate spicy, herbal, or floral characters when it comes to hop flavors. Hop bitterness will not bother you and blends well with the malt character.

The finish is dry, and the malty flavor lingers until the end. As it is a lager, fruit esters are not present.

The beer has low to moderate carbonation and a light to medium body. Overall, it is a clean, crisp, and smooth beer.

Its malt-forwardness, pleasantly sweet, and caramel-like characteristics tend to pair with any type of food.

Still, the most popular food choices to pair with an amber lager are:

Amber lagers are best served in a tulip glass at a temperature range of 45-50 F.

Traditionally, amber lager beers were the drink of choice at the arrival of the first cold snap. It was a beer of choice for the harvest festival of Oktoberfest. It is a fantastic beer to enjoy on cool fall days. The blend is slightly higher on the malt side yet well-balanced to enjoy with any type of food pairing. However, craft breweries in America try different hopping levels according to their recipes.

Amber lager style can vary according to the region and brewery. Amber lager beer is a popular, sessionable beer style that highlights both hops and malts. However, a standard American Amber Lager is brewed with the following ingredients:

The base of this malt-forward beer consists of two-row or high-protein six-row malt. Amber, victory, and crystal malts give a signature amber color to the beer. Further, toasty, biscuit, and cracker-like characters can be achieved by the use of Munich malt.

The hops are not permitted to outshine in amber light beers. Therefore, the selection of hops is pretty simple. Any type of light flavor and aromatic European or American hops are helpful to achieve desired results. 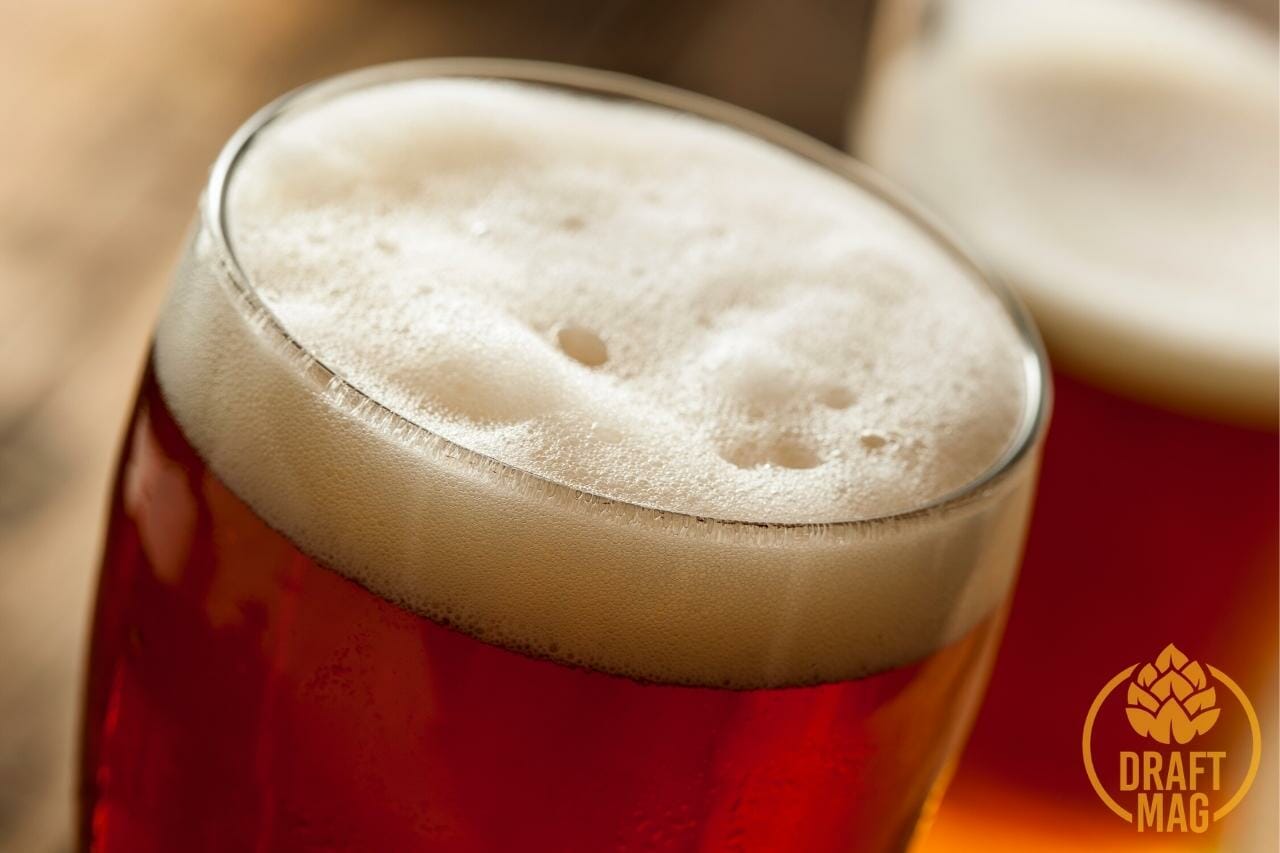 International brewers prefer German Noble hops to maintain the perfect harmony between the malts and hops. However, American Amber lagers use a suitable alternative of Noble hops.

Whatever the choice may be, try to avoid dank, tropical, citrusy, piney, and overly bitter hop profiles.

This beer-style history dates back to the mid-nineteenth century in Vienna. Sometimes due to striking similarities, American Amber Lagers are also called the successor of Vienna Lagers.

The credit for discovering the amber lagers beer style goes to Anton Dreher. He developed this style in Vienna in late 1830.

Over time, the popularity of Vienna lager spread at a global level. Some German immigrants introduced this to the United States, and several US-American lager breweries started copying this beer style.

In 1872, Oktoberfest-Märzen was the first amber-colored beer developed by Franziskaner-Leistbräu. It was a Vienna-style beer but brewed to some higher strengths.

This beer style has survived to date in the U.S, and all credit goes to the rapidly growing microbrewing, the craft beer scene, and home brewing.

– How Is Amber Lager Popular?

This beer has something for everyone. This beer is smooth, malt-forward, light, and refreshing. Moreover, Lager beers are considered the perfect choice for beginners. A humble ABV range of 4.5 to six percent and a low IBU range of 18-35 do not go harsh on taste buds.

The same is the case with borderline hop bitterness, which is present but constrained by the malt sweetness. Overall, the amber lager beers are loved for their simplicity and delicacy.

– What Is the Difference Between Amber Lagers and Amber Ales?

Ales are fermented at warm temperatures with yeasts that have the potential to thrive at much warmer temperatures. They are more resistant to alcohol and work at the top of the fermentation tank. Thus, often “top-fermenting” is the term used when talking of ales.

Contrarily, lagers utilize yeast thriving at cooler temperatures. They are less resistant to alcohol and mostly work at the bottom of the fermenting tank. Thus, often “bottom-fermenting” is the term used for the lagers. 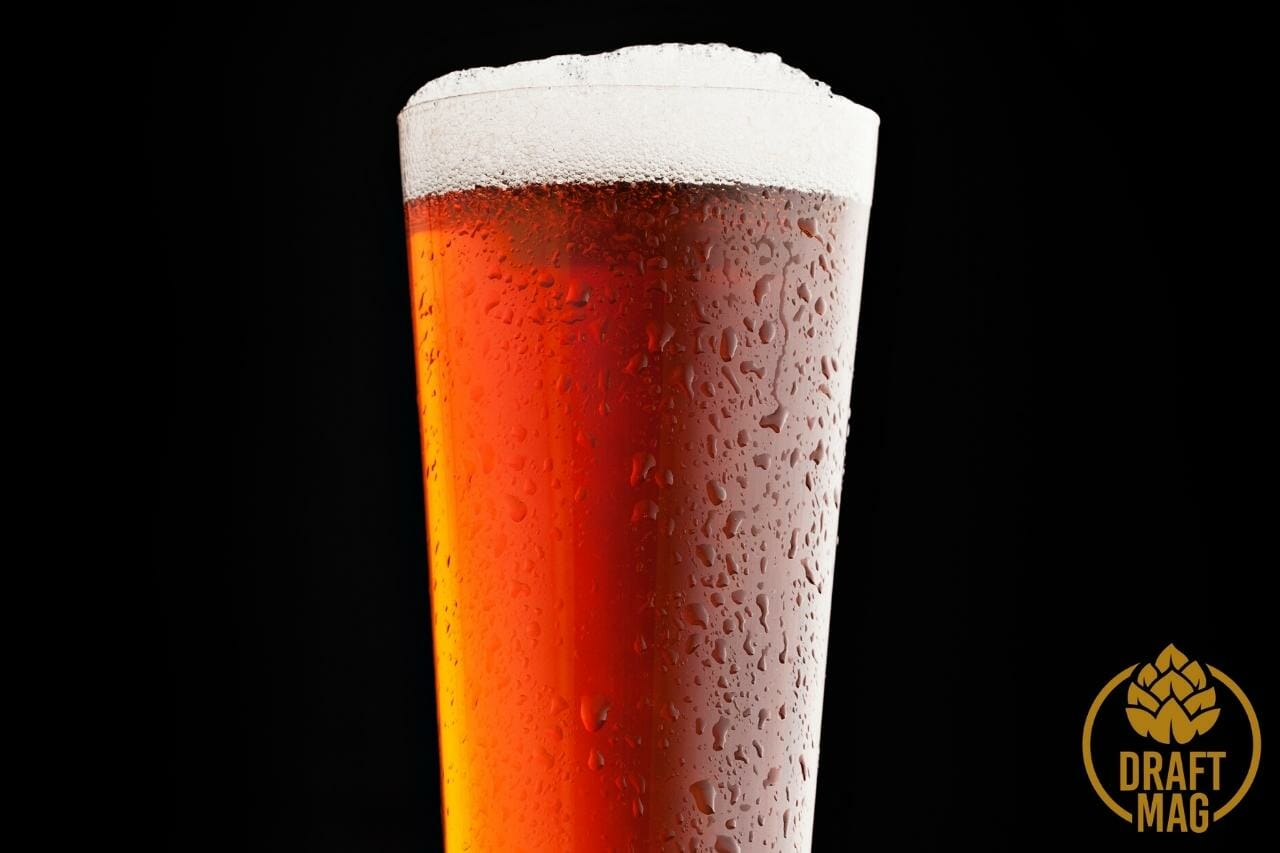 It remains the first choice of beer lovers who want to taste a smooth, easy-drinking beer that can be paired with the food of your choice. However, a section of people looks up to amber lagers as a bland beer style. The reason is mainly because of the missing appeal of intense IPAs or the mind-blowing sours in lagers.

But, in the light of modern crafts, this specific beer style can be exquisite, bursting with distinct yet attractive flavors, and is ready to be enjoyed as easily as any other drink around you.