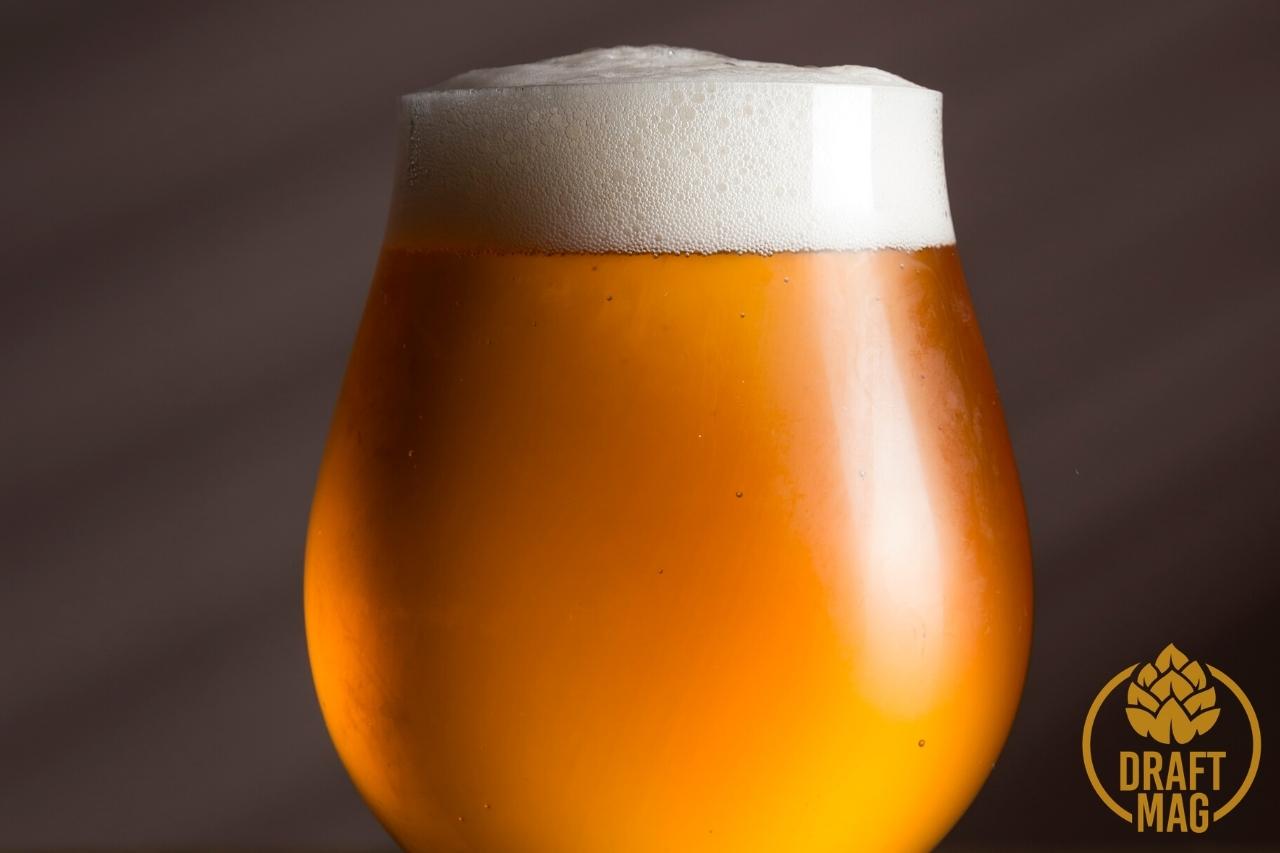 Hazy beer is one of the most widely sought after craft beers offering a visual treat to any beer lover; the unique feature of the hazy pale ale, as the name implies, is its cloudy appearance.

Unlike other beers, you can’t see through it.

Beer styles come and go, but the hazy beer crafted its own welcoming style in the brewing industry. Let us dwell deep and clear all the haze surrounding the hazy beers in this comprehensive guide.

What Is a Hazy Beer?

A hazy beer is a pale ale with a distinct, cloudy appearance and a mild bitterness followed by a tangy flavor. Compared to other IPAs, hazy beers are a perfect combination of tropical juiciness and refreshing fruit flavors with a smooth, low bitterness. Each sip of Hazy IPAs leaves a tangy taste of orange pineapple or any other ripe citrus fruit.

Hazy beer, Hazy IPA beer, New England IPAs, Cloudy beer, Juice Bomb beer – you might have heard these names in pubs, bars, beer journals, and on social media. There are many kinds of Hazy Indian Pale Ale (IPA), a hoppy beer style. You can easily recognize hazy beer due to its foggy appearance.

Let’s talk about the characteristics of hazy beers.

Many hazy beers have a light golden haze to thick orange color, but after bottling, there are some noticeable changes. Within four weeks, they turn into dark gold.

The opaque golden color is due to the yeast strains used during the brewing process. The yeast also creates a rich, juicy mouthfeel, apart from imparting a distinct color to the beers.

The taste of a hazy beer depends on the type and amount of hops used during the brewing process. Hazy IPAs are characterized by a mild bitterness followed by a tangy flavor. Being a full-bodied beer, it imparts a distinct creaminess to the beer. Here, the term “body” refers to the thickness or weight of a beer.

Depending on the type of hops and flavor, the alcohol by volume (ABV) of hazy beer varies between 5-8 percent. For instance, Fantastic Haze Imperial IPA has 9 percent ABV, while Summer Break Session Hazy IPA has 4.6 percent ABV.

The carbohydrates produced during the brewing and fermentation process contribute to the calories in a hazy IPA.

During the mashing stage of the brewing process, hot water and malts (wheat and oats) are mixed to extract sugars. The yeast converts the sugar into alcohol during the fermentation process.

However, the yeast does not break down specific amounts of sugars, which are left as carbohydrates. Also, the nutritional values of hazy beers depend on the target alcohol content and the fermenting time.

For example, the nutritional values of Fantastic Haze Imperial IPA are:

How to Brew a Hazy IPA

Any standard hazy beer available at the supermarket near you contains three components.

So, what does it take to brew a hazy IPA? 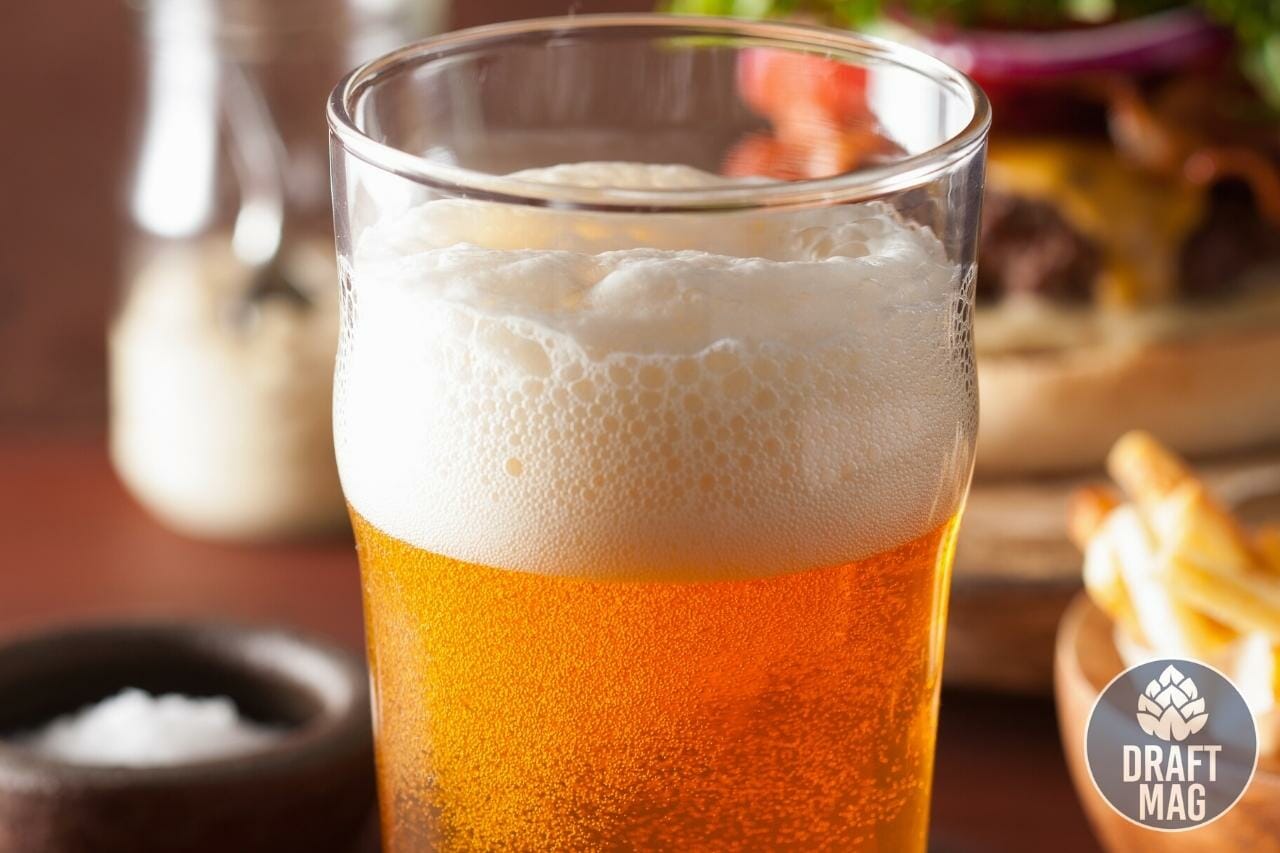 The addition of high protein grains such as wheat, barley and oats gives the beer a silky and creamy mouthfeel.

Apart from creating the beer’s characteristic foggy appearance, the grains help to offset some of the hop bitterness. The balanced combination of grains and hops is vital to develop haziness.

It is no surprise that hops’ sound quality is essential to determining hazy beers’ taste, appearance and aroma. Typically, hops are added to the brew during the dry-hopping process. As discussed earlier, this procedure imparts the taste and smell like citrus and tropical flavor profiles to the beer.

Breweries use specific yeast strains to produce hazy beers. Yeast cells prevent flocculating, keeping the beer from clumping together. A low flocculating yeast will help keep the yeast in your brew rather than aggregating with other yeast particles. The yeast also adds to the foggy look of hazy beers.

Some of the popular yeast strains for hazy beers are:

Traditionally, hazy ale has more sulfites than chlorides. A chloride-to-sulfate ratio of 2:1 leads to a full-bodied hazy beer. Brewing the beers with water with many sulfates makes hoppy beers taste more bitter. Moreover, adding calcium will keep the yeast healthy.

To minimize the bitterness and concentrate on aroma, it is always better to use water with a high chloride content.

Hazy IPAs are highly susceptible to oxidation. Improper storage or bottling of hazy IPAs can change the taste, mute the aroma, and make the beer look different.

Kegging the beer is critical to eliminate the oxygen present in the beer that would otherwise oxidize the alcohol.

Apart from the key ingredients, some breweries add other materials to hazy beers to enhance their cloudiness and mouthfeel. For instance, adding lactose to a hazy IPA makes them more turbid. These hazy beers are referred to as Milkshake IPAs.

Now that we have listed the ingredients, let us break down the basic steps to brewing the perfect hazy IPA.

Matching the strength or intensity of hazy beers with food is a fundamental aspect. The food served cannot be more assertive (in terms of taste/flavor) than the beer and vice versa.

Try out your favorite hazy IPA with the below food pairings to smoothen your taste buds:

As a relative novice to the game, hazy IPAs have taken the market by storm. Breweries worldwide are now trying new versions of the hazy IPAs with different flavors and aromas.

Compared to regular IPAs, hazy IPAs have become popular among beer lovers and casual drinkers given their peculiar taste profile. Though it shares the same structure and preparation as an IPA, hazy IPAs are distant.

Here are some hazy beers you should try:

The signature appearance of hazy beers is due to the combination of malts and hops. The proteins and polyphenols from the raw ingredients are combined to form a non-microbial colloidal haze. This also plays its part in imparting a classic aroma and flavor to the hazy beer.

The term “colloidal” refers to large molecules or insoluble particulates that do not settle in the medium. This insoluble material suspended within the beer causes turbidity or the cloudy appearance of the hazy beers.

Vermont Pub & Brewery in the North-eastern part of the United States started to brew IPAs with a cloudy appearance in the mid-1990s. But it was in 2003 that John Kimmich, the co-founder of The Alchemist brewery in Stowe, Vermont, brewed the “Heady Topper,” widely known as the original cloudy IPA.

The unique appearance, taste and flavor of the Heady Topper revolutionized the beer market and created a new category of beers — the New England Style IPA. With breweries across the country beginning to produce their versions of IPAs, the Brewers Association, in 2018, added hazy IPA as a beer category in their Beer Style Guidelines.

Why Brew a Hazy IPA? 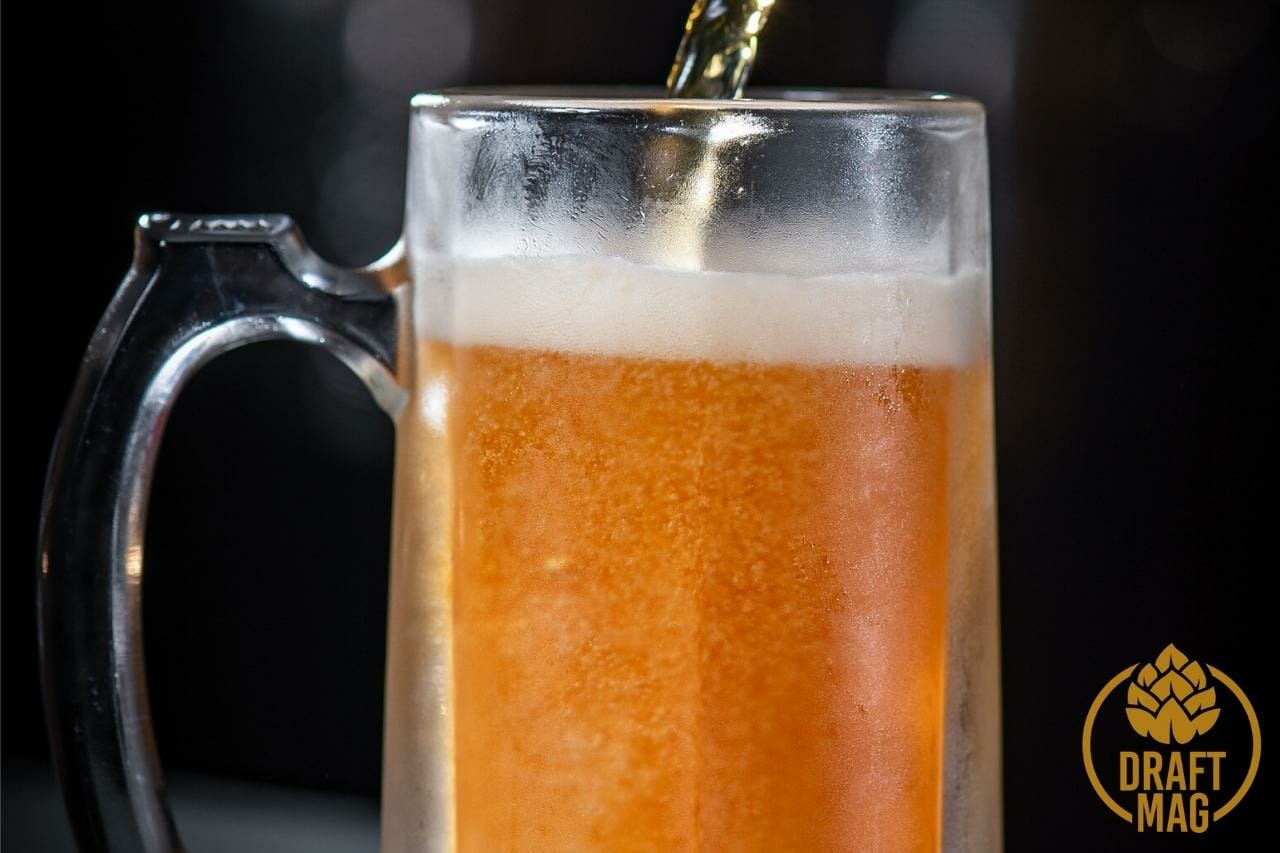 Given their generally low bitterness and ease of consumption, hazy IPAs appeal to a larger public than any other traditional beer.

The aroma from the hops clings to the organic compounds in the beer, making both the taste buds and olfactory receptors want more.

Are you a heavy-hitter or want to keep things low-key?

You have multiple options to explore in hazy IPAs. If you are curious to jump into the haze craze, locate the nearest pub serving hazy IPAs and bring your friends along!