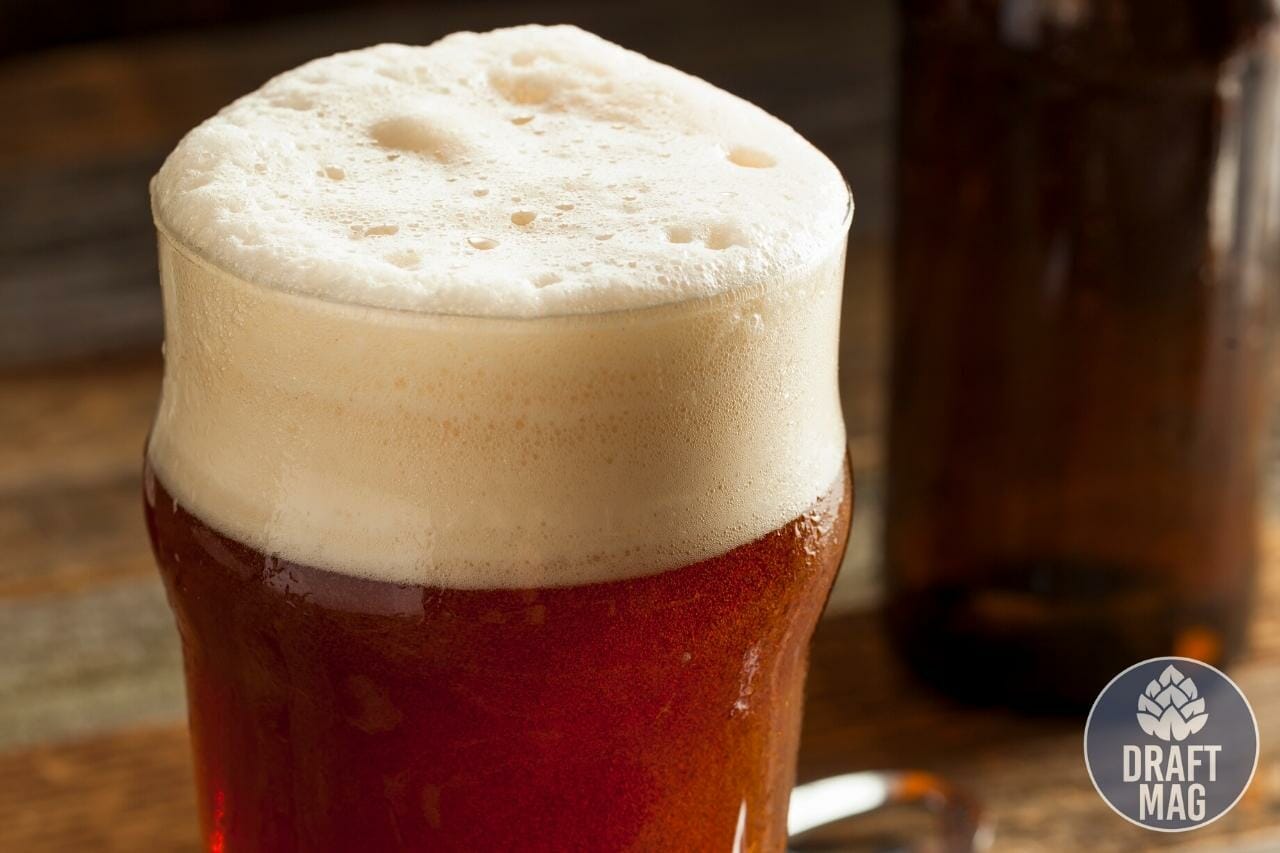 American Brown Ale is a dark, malty but hoppy formulation inspired by the classical English brown ale and porters.

This Brown ale beer style is a little more on the bitter side due to characterful, American-variety hops usage. But, it is complemented with notes of caramel, toast, and chocolate from the malt.

Let us dive deeper to understand the rich heritage and unique flavors of this modern US brown ale.

The BJCP refers to this unique beer style in their guidelines as category 19C as an Amber And Brown American Beer. Here is everything about the taste profile of this American Brown Ale.

As the name suggests, all types of brown ale pour darkish ranging from light to dark brown. It appears clear with a low to moderate off-white to lightly tanned head. Mostly toasted amber or crystal malts are dedicatedly used to lend it a dark brownish color.

Chocolate malt, black malt, or roast barley are a few of the darker grains employed to supplement this flavor, increase color and offer chocolaty or roasted flavors.

American Brown Ale shows a robust expression of dark malty character compared to other types of brown ale. Still, this style isn’t overly on the porter-like side. It has a perfect blend of balanced hop and malt characters.

This beer style has distinguished caramel-malt richness with aromatic notes. These combine perfectly with notes of toasty, nutty, and chocolaty traits.

Twists of chocolate and caramel add more colors to the style. Instead of clashing with malt characters, hop flavor and aroma complement the blend.

In a medium to medium-full body, carbonation ranges from moderate to high. The bitter styles have resiny and drier characters. The medium to dark crystal or caramel richly malty ingredients offers the finished beer its distinctive toffee to caramel flavor.

American brown beer is a beer with a robust expression of malt richness, above-average alcohol content, and smooth mouthfeel. All thanks to the careful selection of malt and innovative brewing process.

Medium to medium-high hop bitterness with medium to high malt-sweetness or malty-rich flavors. You may also notice complex malt characteristics such as chocolate, caramel, nutty, and/or toasty. 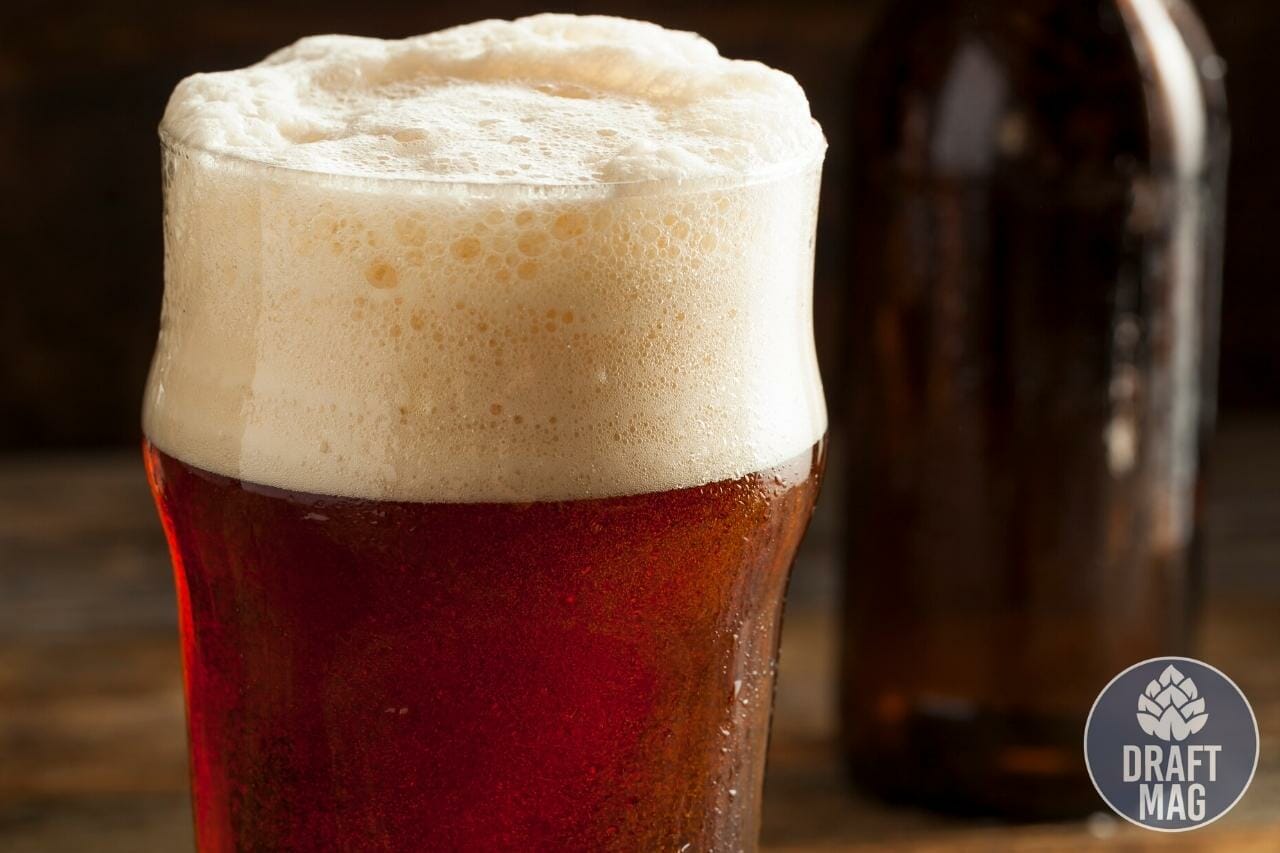 American brown ale represents a perfect balance of moderately intense roasted malt and caramel or chocolate-like characters in terms of aroma as well as flavors.

It showcases a low to medium hop aroma and flavor, along with the right balance of medium to high bitterness due to hops.

It has a light to moderate hop flavor. Generally, it has a citrusy, tropical, or fruity character. However, brewers take the freedom to use any hop flavor that maintains harmony with the malt. Fruity esters are low to moderate in U.S brown ales. The finish is medium to medium-dry, with characters of malts and hops lingering throughout.

Compared to American pale or amber versions, brown ales are more chocolate and caramel flavored. It showcases slightly less dominant bitterness, hops character, and alcohol content. However, it is hoppier and bitter than the English brown ales version.

Brown ale beer is best served chilled (50 to 60 F) in pint glasses. The glass of choice could be Noninc Pint with a narrow base and wider top. It is suitable to hold a one-inch thick head.

The standard perception to pair up food and beer could range from matching intensity, complementing each other, to offering a striking contrast.

When it comes to brown ales, their food pairing is versatile as they pair up perfectly with almost anything. Having said that, a few of the dishes to complement chocolaty and nutty brown ales flavors are:

However, you must avoid extra-spicy food.

Here is what the American Brown Ale is made up of:

It all starts with a well-modified pale or mild malt to which crystal malt in the range of 10-12 percent range is added. Amber and crystal malts are also a good selection.

Other specialty malts such as Aromatic, Special B, special roast, toasted, chocolate and black malts in the range of 5-15 percent of grain bill could be used as ingredients of brown ales recipe. Lesser the malt, the darker the color.

Cascade, Mt. Hood, Willamette, US Goldings are a few of the most exciting varieties of American hops. Often, the beer incorporates multiple hop varieties, including dry hops as well.

Despite using the American hop varieties, there aren’t any other hard and fast rules to follow.

This recipe is made clean with no too little yeast flavor. It utilizes clean, high-attenuated American yeast, dry german strains, or other clean and good dry yeasts like Danstar Nottingham or Safale US-05.

A 330-milliliter serving of American Brown Ale consists of 130 calories, 15 grams of carbs, 1 grams of fat and 1 gram of protein.

It is a unique, American interpretation of English brown ales with a higher hop character. Though the beer is termed “American”, the specific style has its roots in European brewing history.

It has two brothers, both English. The roots date back to the 1700s when porters and stouts were extensively popular in England and considered brown ales.

It is inspired by English brown ales and dark porters. Homebrewers in the U.S. came up with a typical flavor ranging between both styles but more on the bitter note. 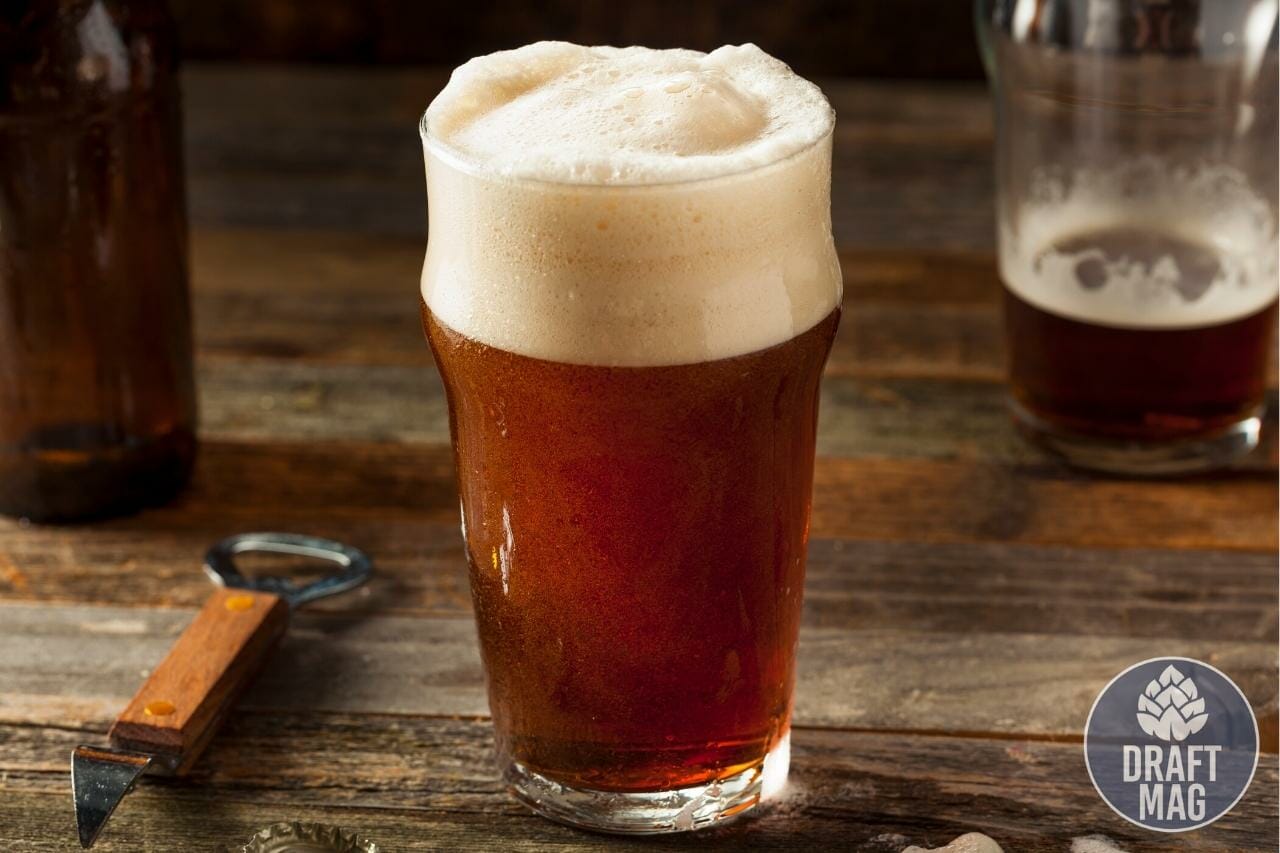 It has all the ingredients to outshine any beer style.

Undoubtedly, it is a delicious beverage for beer lovers of any background or taste. The American craft brewery revolution has added more spice to the classic brown ale style.