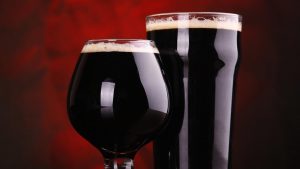 Stout vs porter has their own similarities and differences. The beer movement gave birth to a plethora of new brews. The movement’s innovation is inspirational, but it also makes it difficult to differentiate between beers, especially those with similar qualities.

Most individuals know that porters and Stouts are heady, dark, and rich, but few understand the distinctions. In this article, we’ll spill the differences between porters and Stouts, and many styles of both and how they came to be what they are now.

In this table, we’ll spill the differences between porter versus stout:

What Are the Differences Between Porter and Stout?

The main difference between Porter and Stout is that Porters use light-colored malted barley while Stouts use unmalted dark-roasted ones. This results in Porters having a medium-light to medium-bodied mouthfeel with no bitterness, while Stouts are usually creamy and thick with roasted grain bitterness.

What Is Stout Best For?

Stout is best for pairing with red meat meals (beef, lamb, pork). This releases all of the great tastes while also helping to enhance the dish’s deliciousness. Grilled or smoked meat, in particular, will standardize with this beer line. Green cheese combines well with Stout too.

Let’s dive into the features of Stout beer:

The alcohol level in the drink can range from four to 14 percent. The brewer and the porter or Stout subtype determine the ultimate ABV of the beverage. 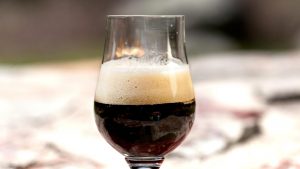 Any porter beer that is unusually powerful, thick, or rich is called Stout. The tastes and textures of Stout beers are bitter, milky, dry, sweet, and creamy. The scent can be gritty with traces of coffee, molasses, chocolate, and licorice with no noticeable hops.

The flavor should be rich and substantial, similar to the aroma. It should not have a watery mouthfeel. Many breweries now include natural flavors like chili pepper, wood, coconut, and even actual chocolate throughout the brewing process. Stouts may be smooth, full-bodied, and creamy.

The ingredients in Stout beer are the same four elements as regular beers: malted barley, hops, yeast, and water. The preparation of these ingredients distinguishes a Stout from other beers.

The barley is responsible for the distinctive characteristics of the Stout: its rich coffee hue. The beer color and rich flavor come from roasted barley combined with chocolate malts. Other ingredients include various additives, ranging from coffee to oatmeal to milk sugar.

The rich brown or black color of most Stouts is due to the roasting of the malts at a very high temperature. It has been kilned “to the point of carbonation,” or around 392 degrees Fahrenheit. Thus, frequently referred to as black malt. Even without cocoa or coffee beans in the brewing process, the scorching temperatures can give the brews chocolate undertones or harsh coffee characteristics.

Looking to try the different styles of Stout beer?

Here are your best options:

Due to the usage of roasted barley, Dry Stout is a dark beer with a dry and roasted flavor. Much of the profile is due to the coffee-like roasted barley scents and a small number of roasted malt notes. The bitterness of the hops is moderate to intense. Brewers use nitrogen gas taps to serve this beer, giving it a smooth, creamy mouthfeel.

Oats are added to the mash during the brewing process, resulting in a Stout similar to a typical Stout but maltier sweetness and a silkier texture. The caramel and chocolate flavors of roasted malt give it a smooth feel and are not bitter.

The scents of roasted barley and malt are reminiscent of coffee. Depending on the percentage of oats used, the Oatmeal Stout’s flavor profile features undertones of nutty, bready flavors.

A Milk Stout is prepared by brewing minimal bitterness and adding non–fermented sugars or mixing lactose to the fermented beer. You can expect a chocolaty, roasty, and coffee-like aroma akin to those found in a typical dry Stout. Their sweetness gives the Milk Stout a dessert-like flavor.

Stout is a warm-fermented ale known for its dark color, usually opaque deep brown or black, and a characteristic roasted flavor that tastes like dark chocolate or coffee.

These characteristics stem from the addition of roasted grains in the brewing process. Traditional English Stout recipes depend on roasted grain bitterness to generate a dry finish and, as a result, have minimal hop flavor.

The earliest recorded usage of the word Stout was in the Egerton Manuscripts of 1677. The term Stout denotes a strong beer, not a black beer. Before the emergence of Stout, most people were fascinated with the porter beer style.

– A Variant of Porter

Stout began as a vibrant variant of porter, and it was initially known as Stout Porter. It gradually established itself as a distinct kind of beer, with greater complexity due to roasted barley.

The majority of excellent Stouts are complex, with low alcohol content and a hint of toastiness. Drier Stouts are more palatable and gratifying, while sweeter Stouts are velvety and well-rounded and ideal for an evening with a barbecue and friends.

What Is Porter Best For?

Here are the features of porter:

Porters can be imperial, with 10 percent ABV, or regular five percent ABV. By modern standards, the early London Porters were likewise strong beers, with an ABV of roughly 6.5 percent. As a result of growing tax issues, the ABV was reduced to the mid-5 percent level by the 1900s. 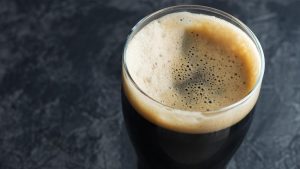 You can feel mild aromas of toasted grains, chocolate, and toffee on the nose. You can also find undertones of coffee or licorice with a thin texture.

The flavor is usually mellow, with no Stout-like harshness or bitterness.

Most porters, particularly those crafted in the brown porter tradition, have a chocolate flavor to their roastiness. Robust porters may also have a nutty, roasted flavor with a hint of spiciness. Porters exhibit a wide range of roast characteristics due to the large variety of darkly roasted malts and grains.

The rich ruby brown to black color, dark malts that typically contribute chocolate and caramel tastes, and well-balanced, hearty qualities distinguish these beers. Since porters are brewed with black and brown malts, they can range from light brown to dark brown when held against the light. Some lighter porters can have a rich red color rather than a dark brown, though this is less frequent.

Here are the different types of porter available on the market:

You can notice the original elements of the porter style in English brown porters. The brew is often quite dark brown, with some having a crimson hue. It is virtually opaque. But when light does get through, it becomes transparent.

Brown Porter is malty rather than hoppy, with characteristics such as caramel, bittersweet chocolate, or coffee, and no roasted barley. Fuggles hops and British pale ale malts, including brown, crystal, and chocolate malts, are commonly used in these porters.

They fall outside the porter ale category since Baltic porters are lagers and cold-fermented with lager yeast. In these strong beers, the maltiness of a brown porter meets the roasted crispness of a schwarzbier. Baltic porters are full-bodied, with a smooth, creamy texture and a blend of smoke, roasted malt, and hops bitterness (35 to 45 IBUs) in the flavor.

American Porters, inspired by English Porter, expand the depth and complexity of the classic porter style into the unknown, artisan brewed territory. Fruity esters can range from mild to non-existent. They frequently have a mild sweetness from caramel, chocolate, and malt and go well with native American hops.

There are also undertones of mid-strength malt taste profile with some burned malt character, coffee, and chocolate. Dark roast grains can give the malt profile a sharpness, but they shouldn’t be too harsh, bitter, or burned.

Porter is a typical English beer that dates back to the 18th century. The term stems from its rumored popularity among Central London street and river porters. It was called the entire butt or three threads and made from sour or stale ale, pale or brown ale, and mild ale.

It was the first beer style to be made around the globe, having breweries in North America, Ireland, North America, Russia, and Sweden. A porter is a black beer that originated in the 1700s in London, England.

Porter beer is distinguished by its brown to dark color, formed from malted barley and dark malts, and leaves a chocolate flavor on the palate. Brewers add a dark malt-like black malt to a light malt base to achieve the trademark dark brown-black hue.

Porters are brewed with barley malt and are frequently top-fermented with ale yeast, which means the fermentation takes place towards the top of the tank.

Stouts and porters are different beer types, although they look and taste similar, which leads to misunderstanding. Brewing Porters and Stouts may seem similar, but the process varies considerably. 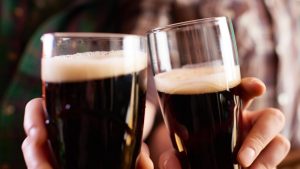 The most noticeable difference between the two is the use of malted barley and roasted barley, but ultimately it boils down to the name the brewer chooses for it. With so much ingenuity for both beers, the lines are likely to become even more blurred in today’s craft beer scene.

That’s fine as it means beer lovers may go into new taste territories!