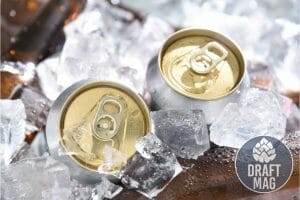 Coors Banquet vs. Coors Light is a question that interests most beer enthusiasts.

Everyone who has had their fair share of Coors original will agree that the biggest differentiating factor between Coors Banquet and Coors Light lies in their tasting notes such as color, nose, palate, and finish.

However, before we draw a detailed comparison between the two American lagers, let’s learn about the history of the brewing company: its heritage, process, and brewery.

What Are the Differences Between Coors Banquet and Coors Light?

What Is Coors Banquet Best For?

Coors Banquet is referred to as Coors Original lager because of its rich history and is considered the most iconic American lager. Legends say it acquired its name from the crowds of thirsty miners who ordered it en masse and coined the nickname, “The Banquet Beer.”

Coor Banquet is as old as the brewing company. Brewed with 100 percent Rocky Mountain water and Moravian barley cultured by generations of family farmers, the beer is brewed only in one, in the Golden brewery, Colorado. Interestingly, Coors original’s first brewery in Golden, Colorado, is still the largest single brewing facility globally. 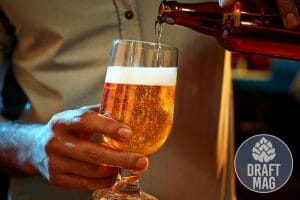 Many traditional techniques are still used to produce Coor banquet as the maker believes there’s no sense in changing what works so well. Coors Banquet is brewed in classic Huppmann kettles, fermented in the closed horizontal box, and filtered using Enzinger filters which is a slow, traditional method that requires quality time.

It comes mainly in a retro stubby brown bottle but is also available in cans or cold pint glass.

Unfortunately, Coors Banquets are no longer sold in Canada.

What Is Coors Light Best For?

Coors Light is best for spicy appetizers, BBQ ribs, grilled chicken, and meals such as salads or fish.

Coors Light is also famously called the ‘silver bullet’ because of the beer’s silver-colored iconic can designed by a Cuban-American artist, Marc Barrios. Reviewed as the second largest selling lager in the US, the beer was introduced by Coors brewing company in the 1970s and is considered the world’s most refreshing beer to date.

With 4.2 percent (U.S.) ABV and less hoppy than the original version, Coors Light is a healthy light beer. It can get you drunk, but it will take at least five cans or four bottles to get you tipsy.

The Coors Light is also known for its eye-catching graphics with a cold certification label on the can and its recyclability. The bottle’s wide mouth’s convenience and resealable closure make it further consumeristic. The one outstanding feature of Coors’s light packaged bottle/can is the design of the white mountains on the label that turn to blue whenever the pint’s temperature goes down to four degrees Celsius.

Established in 1873, Adolph Coors and Jacob Schuler started Coor American brewery and beer company as “The Golden Brewery” in Colorado. Brewed from Rocky Mountain spring water, the main ingredients of Coors regular lager are a homegrown variety of Moravian barley, a blend of Chinook, Herkules, Hallertau, and Taurus hops and yeast.

The company witnessed many ups and downs, including the historic 13 years national alcohol ban era, recession during the second world war, etc. However, it managed to survive and thrive successfully. Interestingly, Coors was initially termed a regional brand in America as it catered to only Western states. It was also the first brewery in America to present the lagers in environmentally-friendly aluminum beer cans.

It was only after the mid-80s that the company changed its business strategy and started its nationwide distribution, and finally emerged as the third-largest beer producer in the U.S. As far as its international outreach is concerned, Coors entered the U.K. market first, and then into several other European and Asian countries.

The merger with Canadian brand Molson (in 2005) and SABMiller (in 2007) further strengthened its global network. The brewing company currently enjoys annual sales that constitute about 30 percent of U.S. beer sales.

The brand is committed to providing high-quality styles of lagers both for the mainstream market and specialty beers segment worldwide. Coors uses a different dilution process to avoid the existence of gluten making in its lagers. Hence it may be set aside as a gluten-free beer to a large extent.

Impressively, Coors introduced the idea of recycling to the American public by offering a penny for every can returned to the brewer. In present times all of its breweries are “landfill-free.” 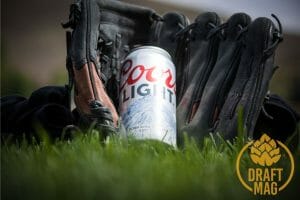 Both Coors Banquet and Coors Light are light lagers that may not be soaring your senses high but are appreciably the best ones for beer fans who like to just unwind after a long hard day. Coors Banquet has dominated the American beer industry for decades, whereas Coor light dominates popular public opinion.

Coors Light is the lighter-than-light beer from Coors and can be super refreshing if served very cold on a hot day. The Coor original may be termed the old-age drink compared to Coors light that is far younger and refreshing. However, the Coors banquet is a fuller-bodied American adjunct lager with vibrant characteristics and rich flavors compared to Coors light with a thin, watery flavor profile.

So, all said and done, which one to choose?