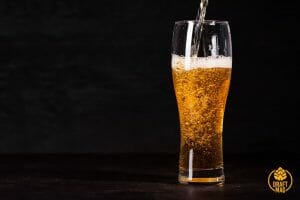 ESB beer stands for “Extra Special Bitter,” but it might come as a surprise to some that this beer is not actually very bitter in taste. This beer is heavy on bitterness due to its extra hop usage, but at the same time, it is not very overpowering or undrinkable.

ESB beer is quite earthy and rustic — a style that originated in Britain in the early 1600s. Read this complete guide to learn about the unique style, characteristics, story of its origin, and the best ESB beers you can try.

What Is an ESB Beer?

An ESB beer or Extra Special Bitter beer is a finely balanced beer made with malty grains and bitter hoppy effects that is exclusive to the English bitter family of beers. It has a delicious blend of tastes and is not very heavy on the taste palate. It is a very subtle combination of flavors but never very aggressive.

What Makes an ESB Beer Stand Out?

The holistic taste created by the bitter hops and sweet and malty grains is a revelation in this beer that makes it stand out from all other beers. The ESB beer is a unique style of English ale that has an almost herbal taste.

The yeast used in an ESB beer is always a top-fermenting exclusive variety. This gives it a very rich and aromatic smell and flavor, almost rustic and earthy in nature. This is also what gives the ESB beer its unique characteristics, making it distinct and well-loved by enthusiasts.

In the following section, we’ll be talking about the in-depth characteristics of an ESB beer and why this brew is so special.

Over the years, this beer has found many new varieties across microbreweries, but some of its core characteristics remain the same. Here are the factors that make this beer distinct.

This beer has a color that ranges from light golden to a molten dark copper-like look. The clarity of this beer is great and has no haziness. It also has low rising bubbles due to the low carbonation. This beer also forms a thick off-white head when poured in a glass and has good overall retention. 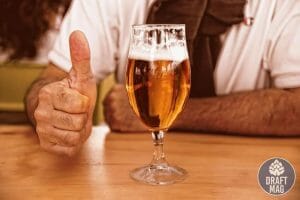 You can taste a sweet caramel flavor initially and then the bitterness hits. The malty sweetness is also quite evident and the bitter and exclusive English hop flavor is there to balance it out. It also has taste notes of some fruitiness due to the yeast and esters used in the fermentation process. The mild carbonation also creates a fizzy effect in the mouth.

The malty sweetness and bitter hops strike a perfect marriage of flavors, with none of them dominating the other. Unlike the name, the bitterness is low to medium, making this beer quite an easy drink. Depending on the malt used, you can also notice some taste notes of bread and a roasted cracker or biscuit-like flavor. The earthen flavor also leaves a smoked woody flavor to this beer, and there is absolutely no taste of phenols in this beer variety.

ESB beer tastes mildly bitter and ranges between low to medium sweetness from the exclusive malt usage. It also has taste notes of caramel and roasted grainy smells and some layers of fruitiness from the yeast and esters used.

You can clearly smell the exclusive malts used and the exclusive English hops. The bitterness of the hops does not hit the nose very aggressively. The sweetness of the malt used balances it out perfectly.

You can also smell some fruity ale yeast and esters that give this beer a very country smell. The woody roasted malt aroma can be found in some varieties, depending on the type of malt the brewer uses.

Malts used in brewing an ESB beer are British Pale Ale and Crystal exclusive malts. They also use top-fermenting ale yeast that sometimes has a fruity essence. Brewers also use fresh water in the brewing process and it can sometimes have a good quantity of calcium sulfate.

The most commonly used hop in an ESB is Kent Goldings, which gives it a unique smell and flavor profile. It also uses fruity esters that give it the earthen taste, but no phenols are used in the fermentation or brewing process.

There is low carbonation that causes a mild fizzy effect. The ESB beer has a moderate body and a short finish. It also has a medium to high but slightly bitter after effect on the mouth, which is not very distinct.

The English bitter beer originated in the early parts of the 1600s, but it became popular among the masses in the 20th century. Local factory workers in the town of Burton on Trent in East Staffordshire in England started the first production of this beer.

The workers were using freshwater from local streams and ponds. There were high amounts of calcium sulfate in this water, which caused the extra bitter taste. They got an almost hop-like taste with the use of this water.

During the war in 1930, it became very popular and fashionable among soldiers and locals to drink an ESB beer, but it was yet to gain global popularity. In the 1970s, Fullers Brewery started a craft version of the ESB and won many awards for its great taste, and that is when it started gaining popularity across the globe.

There are many ESB beers in the market with the rise of the craft brewing industry. Here is a carefully-curated list of the best ESB beers from across the world that you must try to understand its true flavors.

Many homebrewers and enthusiasts have taken to brewing some exclusive beers in their homes, but an ESB beer is much more complex to brew than any of its counterparts. Nonetheless, here is a simpler recipe to help you get started on making your own exclusive ESB beer. This recipe will yield around 18 to 20 liters of great ESB beer.

The essential ingredients in home brewing ESB beer are:

– Using some Irish moss is also an option if you like that flavor and smell.

Freshwater is needed in gallons. Extreme beer enthusiasts insist that calcium sulfate-induced water is crucial to brewing an authentic ESB beer, but this is not so. You can brew it with any kind of freshwater.

Start the brewing process with these easy steps.

The rise in the temperature at the later stage of the fermentation will help keep the fruity notes of the esters and cut down on some of the bitterness. This gives the beer a butter-like smoothness.

The brewed liquid should not come in contact with any light or additional heat during the brewing and fermentation process. This can spoil the whole batch and throw it off balance and you will have to start all over again.

ESB beer has gained popularity over the years and has found many uses. From pairing it with great food to making amazing culinary recipes with it, its uses are diverse.

Here are a few of its popular food pairings that can heighten your overall beer drinking experience.

Due to its subtle combination of tastes with sweet maltiness and bitter hop flavor, it can pair well with roasted chicken, fish, and grilled red meat like lamb or pork.

It also goes very well with caramelized puddings and cakes due to its caramel-like malty flavor profile.

There are endless recipes that can be made with a good old ESB beer, but we have listed the best find among the lot for you to try.

Follow the process mentioned below to get the perfect braised beef dish.

No, ESB forms a balance of flavors with sweetness and bitterness from malts and hops, but an IPA is always very hop forward, very high on the bitterness level, and does not let the malt flavors shine.

– What Defines an ESB Beer?

ESB beer means “Extra Special Bitter.” This name originated during the 1600s when it was not the norm to have a bitter beer. Back then, this level of bitterness was quite strong for people’s taste palate, but now the scene has changed. The bitterness now ranges from low to medium, but the name has remained, which can be deceiving for new beer lovers.

The ESB beer might be a little complicated taste for new beer admirers to understand because it has a very complex brewing process, making it difficult to find in the American craft beer scene. The ESB has been overshadowed by the IPA and adjunct lagers in America, but ardent beer lovers swear by the subtle tastes of the ESB beer. 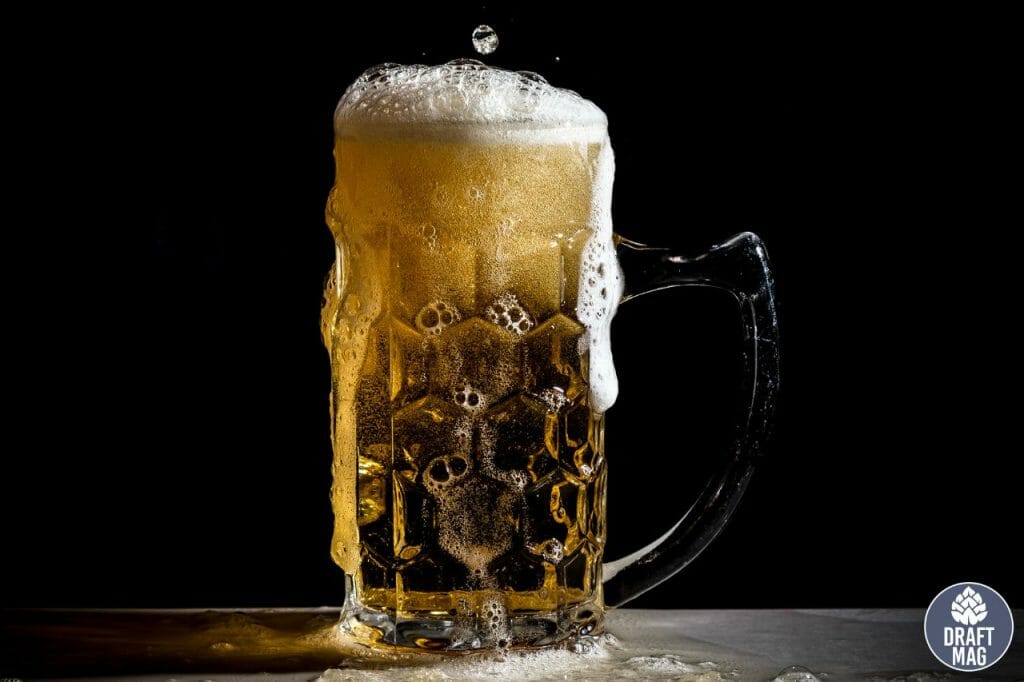 You must try out one or more of the ESB beers listed above before forming an opinion about them. Remember to appreciate the layers of different flavor profiles while you do so.