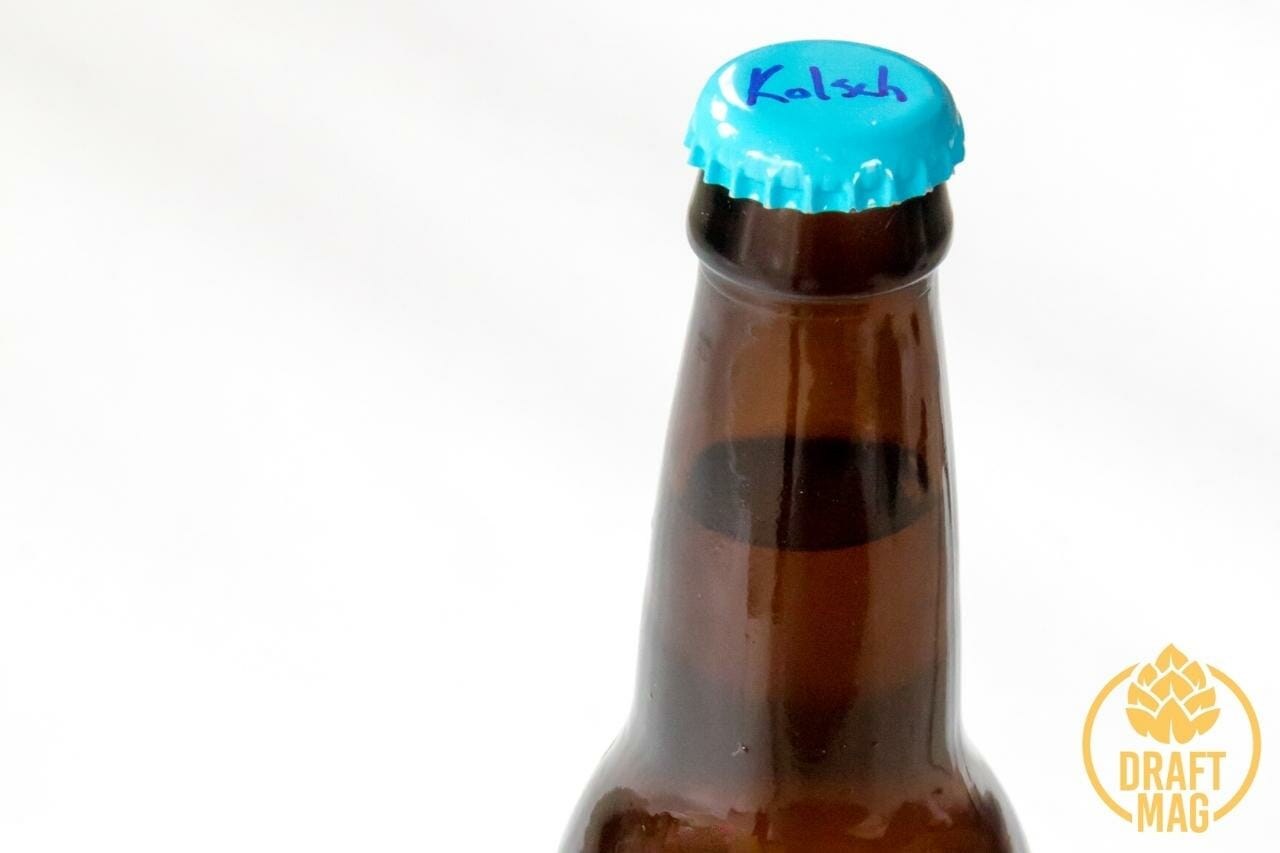 Kolsch beer is the best way to enjoy the warm weather because this beer is light, refreshing, and perfect for a hot summer day by the pool. Kolsch is one of the best fermented pale ales brewed in Cologne, Germany.

You will learn everything you need to know about Kolsch beers in this complete article.

What Is a Kolsch Beer?

Kolsch beer is a refreshing, low-malt ale hybrid that combines the best of both beer styles as it is brewed in the same way as ale, with top-fermenting yeast and at a temperature of 70 F. This gives it a subtle complexity, which includes fruit fragrances such as cherry, apple, pear and wine-like aromas.

Additionally, Kolsch-style beer results in a clear, crisp and smooth finish. As a result, the Kolsch style ale combines the richness of ale with the thirst-quenching attributes of a lager.

Kolsch beers are often light in color, with delicate hops and a touch of tart fruitiness. As with a pale lager, it’s ideal for easy refreshment on a sunny day.

Many craft beer enthusiasts still enjoy Kolsch beer taste in the summer. They’ve introduced more fruit flavors, various malts, and even some coffee flavors occasionally. These innovations all make this clean-drinking beer enjoyable, interesting and exciting to brew and drink.

The malt should be the most prominent taste when having a Kolsch beer. There should be a bit of sweetness, generally with a fruity note. Finally, you should taste the bitterness that gives a smooth finish at the very end.

The Kolsch fermentation procedure results in a light to medium body beer and is typically served chilled. As a result, it has a high carbonation level. It’s a delightful beer that does not overwhelm you with strong flavors.

These beers have low alcohol content, ranging between 4.4 and 5.2 percent. They often contain an IBU of 20 to 30, making Kolsch beer taste slightly more bitter than a Budweiser but less harsh than most pale ales.

You’ll note that this German Kolsch beer has a fruity aroma, which is a byproduct of fermentation. In addition, most Kolsch smells of cherry, pear and apple. A craft beer lover will also detect malt and hop, but this may vary based on the brew. Occasionally, you may even taste notes of yeast flavor.

This brewing Kolsch beer has a golden or light tan color. In most cases, the whiteness of the head vanishes within a few moments. In addition, it’s a crystal-clear beer, and you won’t have to worry about sediment obstructing your view of it.

If you’re looking for Kolsch beer that goes well with almost anything, don’t go further than the list below.

Laser Loon, named for the state bird of Minnesota, has been one of the best Kolsch beers to drink. It’s crisp and refreshing, with gentle flavors of honey, barley, hops and citrus. The approachability and flavor of Laser Loon make it the ideal Kolsch-style beer for summers. It is pale yellow color with a bubbly body, and it has little carbonation and smells of green apples.

Even though many American brewers manufacture a Kolsch beer, few do it properly. The beer is light on both bitterness and sweetness. With low acidity levels, it also has a head that fades quickly and leaves a dry finish. Its appearance is similar to apple cider, with a lot of bubbles and no lacing. 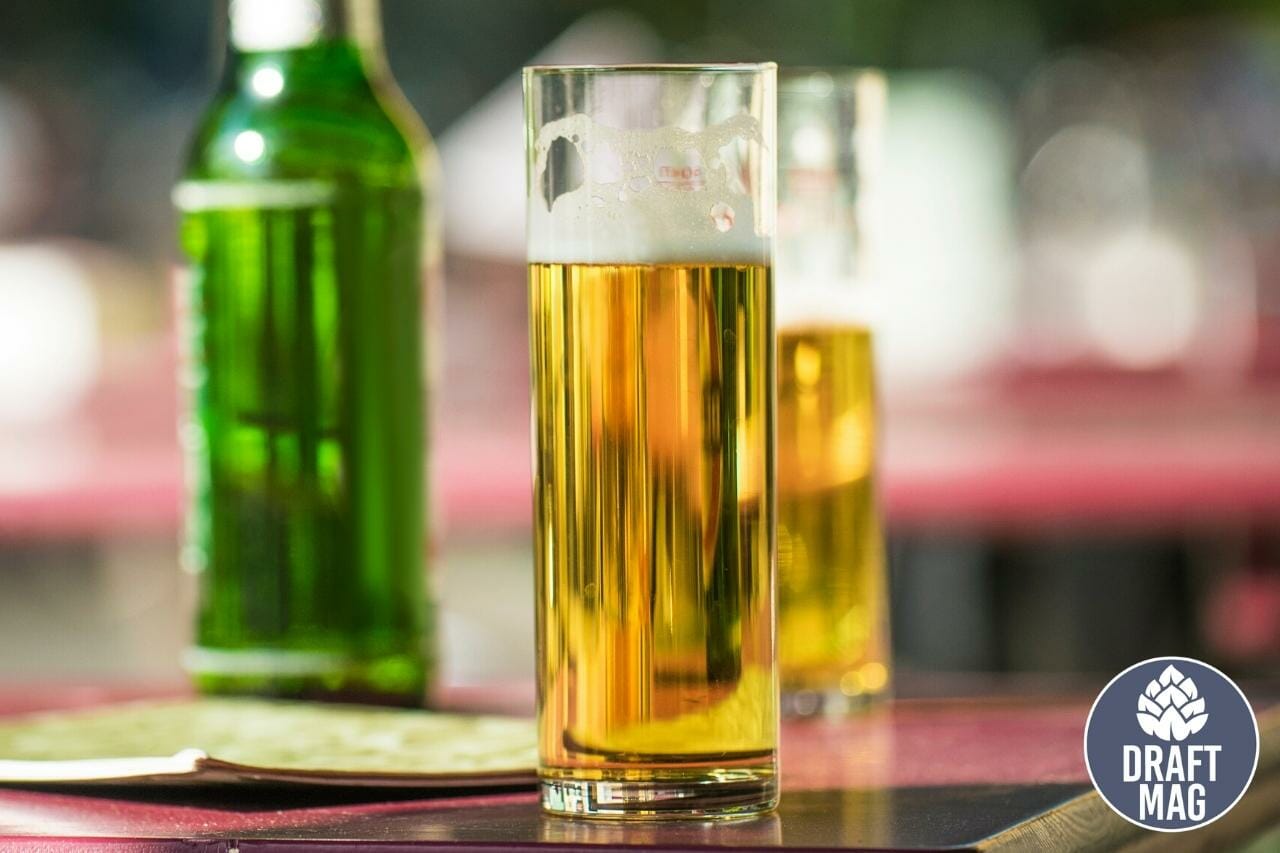 Gaffel Kolsch, brewed in Koln, is one of the best Kolsch beers available throughout the summer. Gaffel Kolsch is a clear pale golden yellow beer with a robust lager-like flavor and a hint of sulfur. It is a smooth, crisp beer with moderate bitterness, a clear malt character, and restrained yeast esters.

You get to enjoy the smell and feel of the fruity aromas. Additionally, it is dry, yet the wet finishing and subtle fragrances make it ideal for mixing with any food.

Solemn Oath Lu is a Kolsch-style beer that is perfection. It’s pretty well-balanced, with just a touch of hoppiness and sweetness. It is pale yellow in color, with a fruity smell similar to champagne.

When you compare bitterness to starting gravity, you would ideally want it to be in the range of 0.04 to 0.06. Therefore, you should choose German noble hops whenever possible.

Beers should start slightly sweet with a well-balanced taste profile and a dry finish, so avoid using hops that have a citrus or catty flavor.

Only a tiny amount of wheat malt gives a gentle bread flavor and helps head retention. Additionally, you can add extra Vienna or Munich malt, depending on your preference. Finally, certain brewers utilize a pilsner-style malt extract or another light malt extract which attenuates quite well.

Select your yeast carefully and ferment at a low temperature to get a delicate flavor. Fermentation temperatures should range between 58 F and 62 F.

It is recommended to use Wyeast 2565 Kolsch yeasts and WLP029 German Ale/Kolsch yeasts, with a low-ester profile and a dry finish. Since both Kolsch yeasts don’t flocculate quickly, you need to let the beer settle near-freezing for a month to clear.

Since Kolsch-style beers are light, the ideal food combination is only limited by your creativity. If you want to stick to German tradition, the Halver Hahn is the way to go. This is a half-chicken with cheese, rye bread and a squirt of spicy German mustard on top. In addition, raw onion rings are frequently added.

This beer is best experienced in hot summer weather, and you do not usually need any food to go along with it. However, a salad and some fruit can help make this Kolsch beer taste better. Nutty cheeses, bratwursts and bread are some foods that go best with this Kolsch-style beer. Fruit-based delicacies like tarts and pies will taste much better when served with Kolsch fruity deliciousness.

You can pair this Kolsch beer with just about any type of food because of its lightness and ease of consumption.

When one speaks of Kolsch beer, one can refer to a distinct yeast strain or, more specifically, to a distinct style and brewing traditions. This beer style was founded in the brewing heritage of Cologne, Germany, which is currently home to Kolsch style ale. The seeds for today’s Kolsch were cultivated in this city in the 17th century.

Hops are antibacterial and function as a preservative in beer. Hops are used in modern beer because of their taste and bittering properties.

The way Kolsch beer is served in a Brauhaus is almost as essential as its brewing method. They are served by Kobes, which are traditionally male bartenders who work in Cologne’s pubs. Their costumes include plain white or blue shirts, a long blue linen aprons, and a leather money pouch. They’re known for being blunt and dry, and they exclusively offer Kolsch, so asking for something else won’t help.

Kolsch is served in a special glass known as a stange (meaning “rod” or “stick”). It’s tall and narrow, like a pilsner glass, and it’s meant to highlight the beer’s clarity.

Since Kolsch is best served chilled (38 degrees to 45 degrees Fahrenheit) and fresh, the glass only holds 200 milliliters (about 7 ounces). With these small quantities, there is no room for a warm, stale beer when drinking Kolsch.

The beer is delivered to the table in a specially designed tray, and the Kobes bring a fresh one as needed, putting a tick on the coaster. After you’ve finished drinking, place the coaster on top of the glass. It’s a request for a server to bring the bill because you’re ready to pay.

You can find this custom in several pubs in America, particularly in areas with substantial German heritage communities and beer festivals.

While the lagering technique adds time to the aging process, it is not as long as a standard bottom-fermenting beer takes. Therefore, less time spent on the beer usually results in a lower price for the eager buyers.

Brewing Beer in the Kolsch Style

The process of brewing Kolsch beer is pretty straightforward as the recipe is quite simple. However, even a minor brewer’s mistake might be highlighted with its light body. Choose malt and hops with continental tastes, and take note that American citrus hops should be avoided. Noble German hops are excellent additions to your hop choices.

Beginners should use single pale malt, and as you get more experienced with the procedure, you’ll be able to enjoy some variation. Some recipes include wheat to give the beer a more noticeable head, but this is not very popular.

There are now more fruit-forward Kolsch alternatives available and brews that incorporate additional and unique hops to add fresh tastes. Brewers can experiment with flavors such as coffee and vanilla, and wheat malt is an ingredient that is sometimes included in recipes. 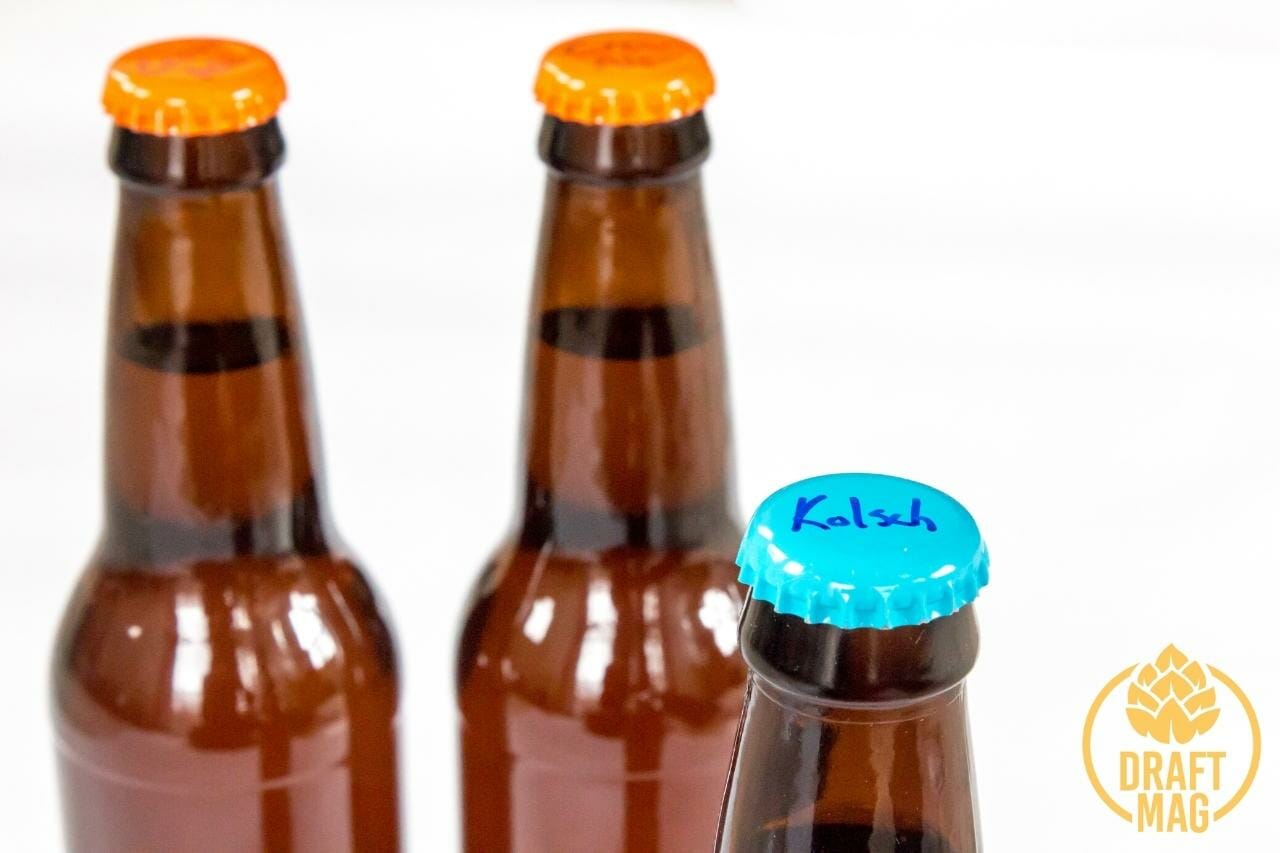 The Kolsch-style beer is a popular choice for brewers since it is easy to consume. Craft beer’s rise in popularity has resulted in several options for relaxing on a glass.

Kolsch beer is one of those options if you want to try something different on a hot day. It’s easy to drink and prepare but challenging to master.