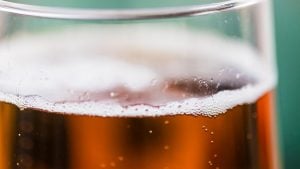 Whether you are new to the world of beer, have some experience in homebrewing, or are a seasoned drinker, you will find some helpful tips and tricks to brewing your very own blonde ale here.

This detailed guide will tell you everything you need to know about the drink, from its unique characteristics and taste to the most popular blonde ales in the market. Get ready to deep dive into the world of blonde beer.

What Is a Blonde Beer?

Blonde beer is a beer style named for its color, which resides somewhere between pale yellow, light orange and deep gold. Although this beer gets its name from its color characteristics, many other beers also have a similar color.

This is where the Beer Judge Certification Program (BJCP) makes a grand entrance. They have listed a set of characteristics to specify what makes a blonde beer.

Characteristics of a Blonde Beer: What Makes It Special

Here is a quick table of blonde beer characteristics:

Blonde beer has a high complexity and is a clear, slightly sweet and dry beer. It has an ABV ranging between 5.8-8 percent and is pale in color with low levels of bitterness. It is also called a mid-strength ale and is best served in a tulip glass between 5-7 degrees Fahrenheit. American cream ale tastes very similar to the stronger versions of blonde ales.

Overall, these beers have a crystalline appearance with a dense and lasting foam.

Each beer style derives its aromas from the brewing process it goes through. This is the next attribute in describing this beer form, and they are mostly malty, hoppy, spicy, floral or fruity. The blonde beer category portrays characteristics of a fruity and malty nature. They eliminate a creamy, buttery, butterscotch-like aroma at the end.

The flavor is what decides if the beer goes into your favorites list or not. The flavor profile of a blonde beer reaches sweet maltiness with plenty of hints of caramel. There are some hidden flavors of light bread wheat and biscuit, and low to moderate fruit esters can also be felt as an aftertaste. The hop flavor in this style of beer should never cross the moderate line.

This refers to how the beer feels in the mouth.

Wouldn’t you like your beer to be wholesome and moderate-bodied?

This is exactly what a blonde beer is.

It feels medium-light and has a medium body. There is low to medium carbonation, and the drink almost goes down smoothly. There are almost no notes of bitterness, and it leaves a nice creamy mouthfeel overall.

The Roots of Blonde Beer: Let’s Dive Into History

Blonde beer is a roof under which there are plenty of other types of beer, such as blonde ale, American blonde ale, golden ale beer and many more. This type of beer was brewed first during the early 19th century in North America.

Its ancestral roots lie in centuries-old traditions of pale ale and Kolsch. The blonde ale came into existence as a rather lighter version of pale ale and came to be known as the sparkling ale.

Did you know that beers came into existence through ancient monasteries?

Beers started as extremely nutritional drinks made for monks that had very little alcohol content and were dark in color. The malt sugars in the beer were considered to be nourishing, but as the drink became more popular, the brewing methods got wilder. This meant an increase in alcohol content and a decline in the overall nutritional value.

The “blonde” in blonde beer doesn’t merely stand for its color. There is so much more depth to this style of beer than just its light coloration. Let’s dive in further to know more about this stunning-looking drink. 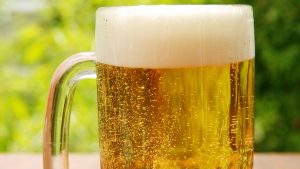 With an ABV ranging from 3.7 to 7 percent, American blonde ale is usually deep gold in color. It has high carbonation levels and a lasting head.

It usually comes with mild flavors of spices and fruits, and is also called the summer ale. It is light, fresh and refreshing.

Types of Blonde Beer: The Best of Golden Ale Beer

These are some of the best and absolute must-try beers in the blonde beer category:

These are some of the best blonde beers you can find in the market that come highly ranked as well. These beers contain up to 25 percent malt flavor and a variety of hops. Fruity yeasts are often used in the fermentation process.

Tips for Brewing the Best Blonde Ale: Learn From the Experts

If you are a homebrewer and are looking for some expert tips on brewing blonde craft beer the right way, here are some things to keep in mind. These beers are usually entry-level beers, which means they are pretty easy to brew if you follow the right recipe, steps and measurements.

Here are some tips to help you brew it right:

This is one of the most important parts of starting a brewing process. The base malt is a deciding factor as to how malty your beer is going to be. Different types of malt lead to different types of beers.

If your end goal is to brew an American Blonde Ale, it’s best to use domestic pale or domestic 2-row as your base malt. On the contrary, if you want to brew a European Blonde, then a European Pilsner malt is your best bet. Pilsner malts give an overall full body. Your choice of malt will depend on the flavors you want your beer to have.

You can also mix two types of malts, as long as you select the best possible quality for the best overall beer quality. Take your time in picking the malt. Taste it, smell it, make tea with it, whatever leads you to the right answer.

Pick the right extracts. The right ingredients can make or break your beer, so take your time with this and check which extracts and ingredients have worked well previously. Keep specialty grains to a minimum.

For a blonde ale, you cannot go all out with specialty grains, as they might bring out loud flavors in the end. Stick to some bits of Vienna or light crystal malts. Munich malt would also work here, but keep in mind that you should be using small quantities, ideally less than 15 percent.

– Pick the Right Quality of Water

If your water has high acidity, it might ruin your beer. For blonde ales, use soft water as the alkaline levels in your water may overpower in lighter beers. Moreover, alkaline water also requires more hops, which only reduces the quality of the beer even more.

It is extremely important to prepare the mash at the right temperature. This step involves mixing grain with water. When you have good quality grain and water, the temperature at which you prepare the mash will affect the body of the beer. As in the case of Blonde ales, they vary from light to medium bodied.

For a light brew, prepare the mash at 148 F for 60 to 90 minutes. Alternatively, if you want a fuller body, increase the temperature to 152 F for 60 minutes. Remember, higher temperatures create a higher malty flavor and fuller body.

Hop styles can vary from one brewer to another. For an American blonde ale, use hops of American varieties. Remember to stay away from harsh and bitter flavors as blondes are well balanced in hop content.

Also, it is best recommended not to use more than two hops and to pick hops with a low alpha acid percentage. Too many hops may end up giving you a pale ale instead of a blonde ale.

Experts advise using yeast that is moderate to high attenuating in variety, which will help convert the sugar to CO2 and alcohol. This type of yeast will also give a less fruity overall finish. Ferment the yeast at low temperatures to get the best out of the fermentation process.

For an American blonde ale, Wyeast 1056 or White Labs WLP002 would do the magic. The temperature in this process matters greatly, as the lower the temperature, the lighter and clearer the beer will be.

After the primary fermentation is complete, opt for a second round and then bottle or keg your beer. Add priming sugar for carbonation and let it sit for a few weeks at 35 to 40 F. 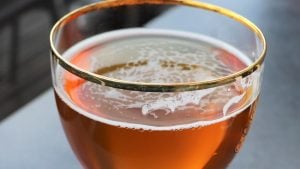 Blonde lager is one of the many blonde beer styles available to explore in the market.

Here are the important points we learned from the article above.

Now that you know how blonde ales are made and what steps you can take for the perfect brew, you can put your skills to the test and make the perfect summer drink!