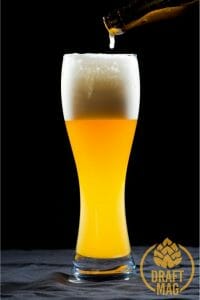 Weiss beer, also referred to as Weissbier, is a typical wheat beer from Bavaria. It translates to “White Beer” in German. If you’ve visited German beer halls lately, chances are you’ve tasted a weiss beer.

This German white beer is an excellent example of a refreshing drink that can be enjoyed at any time of year but more so during hot summer days. It is typically served with boiled sausage and pretzels.

Here is everything you need to know about this refreshing drink:

What Is a Weiss Beer?

Weiss Beer is a top-fermented German wheat beer. The term weiss beer refers to the yellowish-white hue generated by barley malts and pale wheat used to make the beer. Top-fermented is a method where yeast cells rise to the top of the fermenting beer at temperatures between 60 to 68 F.

Breweries use specific yeast strains to impart distinctive clove, banana, and bubble-gum flavors to the beer. Weiss beer gives a fluffy and excellent creamy mouthfeel when you sip it.

Wondering about the appearance and taste of wheat beer?

Wheat beer was traditionally produced using light 2-row wheat. As a result, the beer is golden to mild yellowish. The beer appears to be hazy owing to the wheat’s high protein level.

This variety of beer has a less transparent and opaque look due to top-fermenting ale yeast. You can also observe a large, creamy head of the beer, ideally roused before drinking.

The aroma of weiss beer will differ from place to place and depends on the type and combination of ingredients. The classic Bavarian wheat beer has prominent banana and clove flavors mildly bitterly tempered by hops.

A low to a moderate number of hops make Weiss beers well-balanced and enjoyable. The beers may have a strong taste of banana and clove based on the flavors. Some beers with vanilla or bubble-gum flavors may render a sweet taste. The aftertaste of this beer is usually somewhat dry.

Mouthfeel refers to the in-mouth experience of any drink. Weiss beers have a complete and creamy mouthfeel, owing to the beer’s high concentration of wheat proteins and yeast.

Weiss beer usually goes well with many different foods since it doesn’t have a lot of hops and isn’t very bitter. The beer pairs nicely with various cuisines, including chicken, sole, salads, and spicy dishes like Vietnamese and Thai.

According to Bavarian tradition, Obazda, a cheese delicacy, is recommended with Weiss beers. It is also one of the few beers that go well with desserts. Thus, don’t hesitate to try Berliner Weiss alongside a slice of rich chocolate cake or cheesecake. 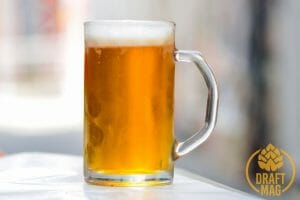 Before we get into the different types of German weiss beers or wheat beers, it’s essential to understand that they’re all ale styles and include a proprietary yeast strain that imparts their distinct flavors, tastes, and aromas.

Your taste buds will be piqued by the sight of Hefeweizen, a classic German wheat brew. It’s hazy and pale yellow to gold in color, with an alcohol concentration of 4.5 percent to six percent.

Hefeweizen has a high wheat content, and the word “hefe” means “yeast,” indicating that it is prepared with unfiltered yeast.

Kristalweizen is produced by filtering the hefe (yeast) from the Hefeweizen beer. It may appear to be the same beer, but it is somewhat more transparent. The beer’s color ranges from clear to dark gold, giving it a crystal Coke-like appearance.

The word “Dunkel” means “dark” in German – Dunkelweizen is a darker form of Hefeweizen beer. It comes from Bavarian culture, well-known for its black wheat beers.

This beer has an extraordinary flavor, mainly attributable to the high proportion of wheat and the addition of Vienna or Munich malts. Additionally, you can observe a hazy appearance and the copper to a deep brown tint.

Weizenbock is different from other weiss beers as it has more alcohol than most wheat beers in Germany.

It is dark orangish to brownish and has an alcohol content of seven percent to 10 percent. Since this beer is also made with wheat, it has a fruity flavor with a spicy, chocolatey, bready, malty, and bready taste.

Witbier, which refers to ‘white beer,’ is a pale Belgian-style wheat beer. When breweries refer to a beer as “white,” they merely suggest that it contains significant wheat.

They’re usually made with citrus, coriander, or other spices, which help balance out the bready, fresh wheat overtones.

Berliner Weisse may be traced back to northern Germany and Poland. The beer is made from partly malted wheat. One of the key ingredients in the manufacturing process, lactobacillus yeast, is typically added at the end to hint at acidity.

Berliner Weisse beers are highly carbonated, ultra-crispy, and foggy like other wheat beers. They have an ABV of roughly 3.5 percent.

The most recent form of wheat beer is American Wheat. They are also known as American wheat ale and were popular in the 1990s. The beers are made with at least 30 percent malted wheat. They are the American version of German wheat beers.

The top-fermenting lager method is used in the brewing process of American Wheat, making it somewhat more bitter than German Wheat.

Certain types of “Hefeweizen” beers sold in the US are entirely different from those brewed in Germany.

Some of the well-known weiss beer brands are listed below. These brands are available in most regions across Europe and some select cities around the world:

How To Serve a Weiss Beer

Almost everyone is familiar with the standard wheat beer glass with a tall, slender body and a thick glass base.

Wheat beer stubs are generally used to serve these types of beers. The design of the stubs guarantees that the carbon dioxide remains suspended in the drink for an extended period, keeping it fresh and tart. Additionally, the strengthened base protects the particularly tall glasses from toppling over.

Weiss beers foam more than other varieties of beer due to their higher carbon dioxide level than other beers. This guarantees the customary foam head, but it also needs a unique pouring method. Four steps to pour the beers in the right way:

Tips To Brew a Weiss Beer

Next time you plan on brewing your German-style weiss beer, follow these tips.

– Choose a Variety of Wheat

Consider the wheat variety you wish to add to your brew. Do you prefer the delicate, light flavor of white summer wheat or hard winter red wheat? If you are brewing a Weissbier or Weizenbeir, it is better to add 50 percent wheat and fill the remaining with any light-colored malt.

Carefully choose your yeast strain to get the taste and aroma you prefer. Different stains impart varied quantities of esters and flavor components to wheat beers. Pick a strain that enhances the desired qualities. Some popular choices are Danstar Munich Wheat and SafBrew WB-06.

Reduce the bitterness and taste of the hops to allow the wheat and yeast flavors to show. Choose a German variety of hops. Hallertau and Saaz are some popular hops used in brewing weiss beers.

The phrase “mash” refers to the initial stage of the brewing process, during which crushed grains are combined with water to make a porridge-like combination.

The quickest method is to mash it between 105 F and 110 F, hold it there for five minutes, and then increase the heat up to 152 F to 154 F for saccharification.

The Brewing History of Weiss Beer

Weiss beer is one of the oldest and most traditional beers available today. It was initially produced in Bohemia and is part of a 500-year-old Bavarian heritage.

The beer was initially known as “Weisses beer,” and it was the only beer prepared from wheat throughout the summer. As a result, Weiss beer became extremely popular from the 16th through the 18th centuries.

Duke Maximillian established the first wheat beer brewery in Munich. However, its popularity quickly faded due to the introduction of pilsner-style light beers and higher-quality brown beers around the end of the 18th century.

It wasn’t until the 1960s that Weiss beer began to be restored. Weiss has regained popularity in recent years and is considered a refreshing drink on hot days.

The weiss beer alcohol content is five percent to six percent. It also contains 11 to 14 degrees Plato in their initial wort. Beers with an alcohol concentration of above eight percent and a wort content of up to 20 degrees Plato are also available for those with a strong appetite.

Yes, the alcohol-free weiss beers are the most popular liquor-free beers out there. This is because even though it doesn’t have alcohol, it still tastes and smells great. 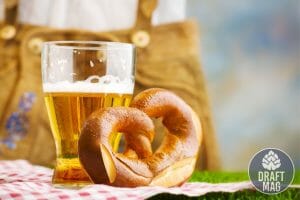 An authentic Weiss beer is a mouth-watering treat for your senses. You are not confined to a single variety of beer with this one, which is the most charming aspect.

Next time you plan a trip to Germany or any European country with your buddies, plan bar hopping to try different types of Weiss beers. Or you can simply get one in a bar near you.