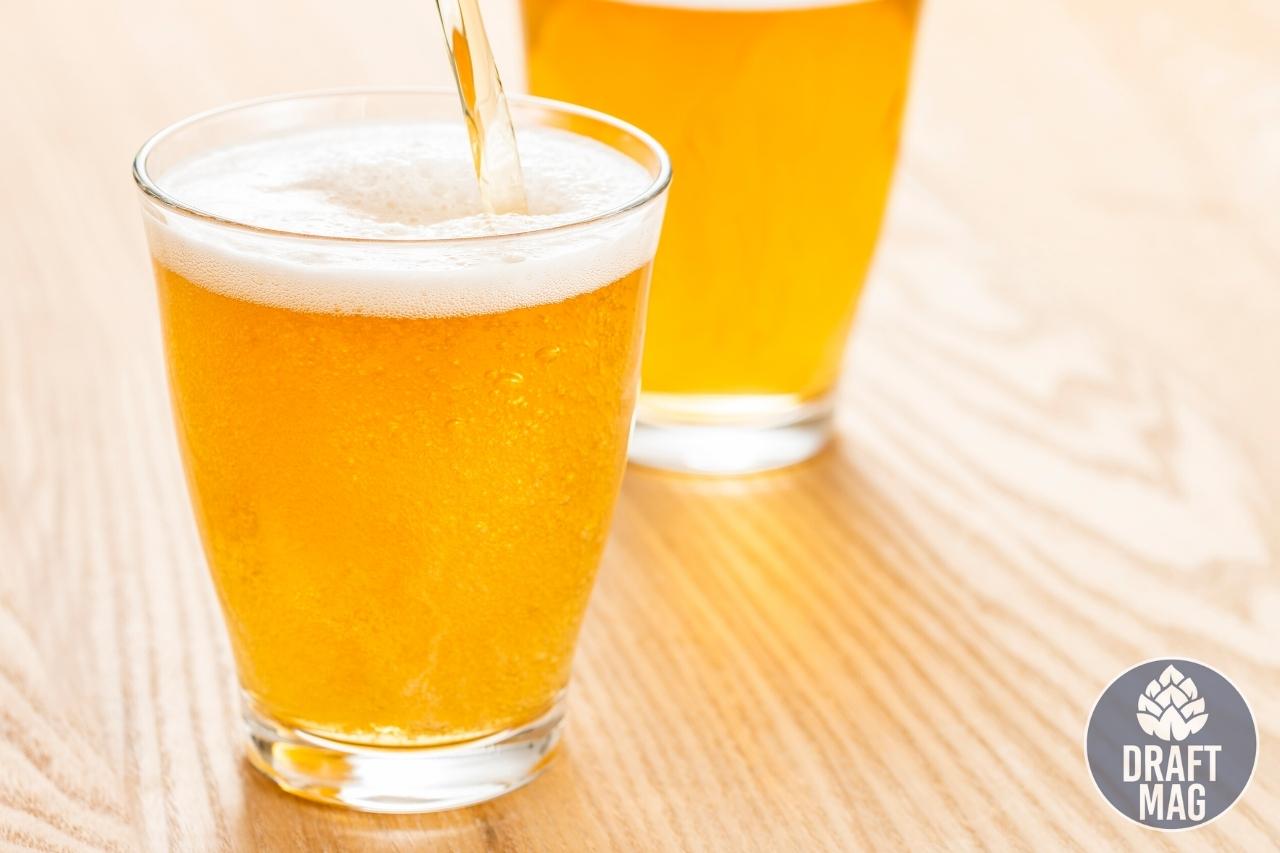 Non alcoholic beer has gained massive popularity these days as people are becoming more conscious about the side effects of consuming too much alcohol.

Thankfully, making non alcoholic beer at home comfortably and without lowering its unique quality is possible within hours, and our beer experts have shared their step-by-step guidelines on the non alcoholic beer-making procedure.

How To Make Non Alcoholic Beer

Although many people think that it is impossible to brew non alcoholic beer, the reality is entirely different. You can indeed homebrew non alcoholic beer at home with ease. First up, you need to brew the beer just as with any regular beer. After that, you will need to remove the alcoholic chemical from the freshly-brewed beer, and you can do this using the evaporation mechanism.

However, you need to keep the quality of the beer intact while removing the alcoholic particles from the drink. And that’s where the only complexity of making non alcoholic beer exists.

But fret not; we will discuss all the expert tips and tricks to do his successfully, including retaining the beer quality while eliminating the alcohol from the beer.

Whenever you plan to execute any project at home, you should arrange every tool you need beforehand. It will make your project easier, and this also applies to make alcohol free beer at home. The list to make non alcoholic beer at home includes fermenting yeast, jug, etc.

When you are familiar with the brewing kit parts and how it works, you can proceed to the brewing process of alcohol free beer. Also, don’t forget to clean the brewing spoon, kettle and oven to avoid any unclean and unwanted particles. 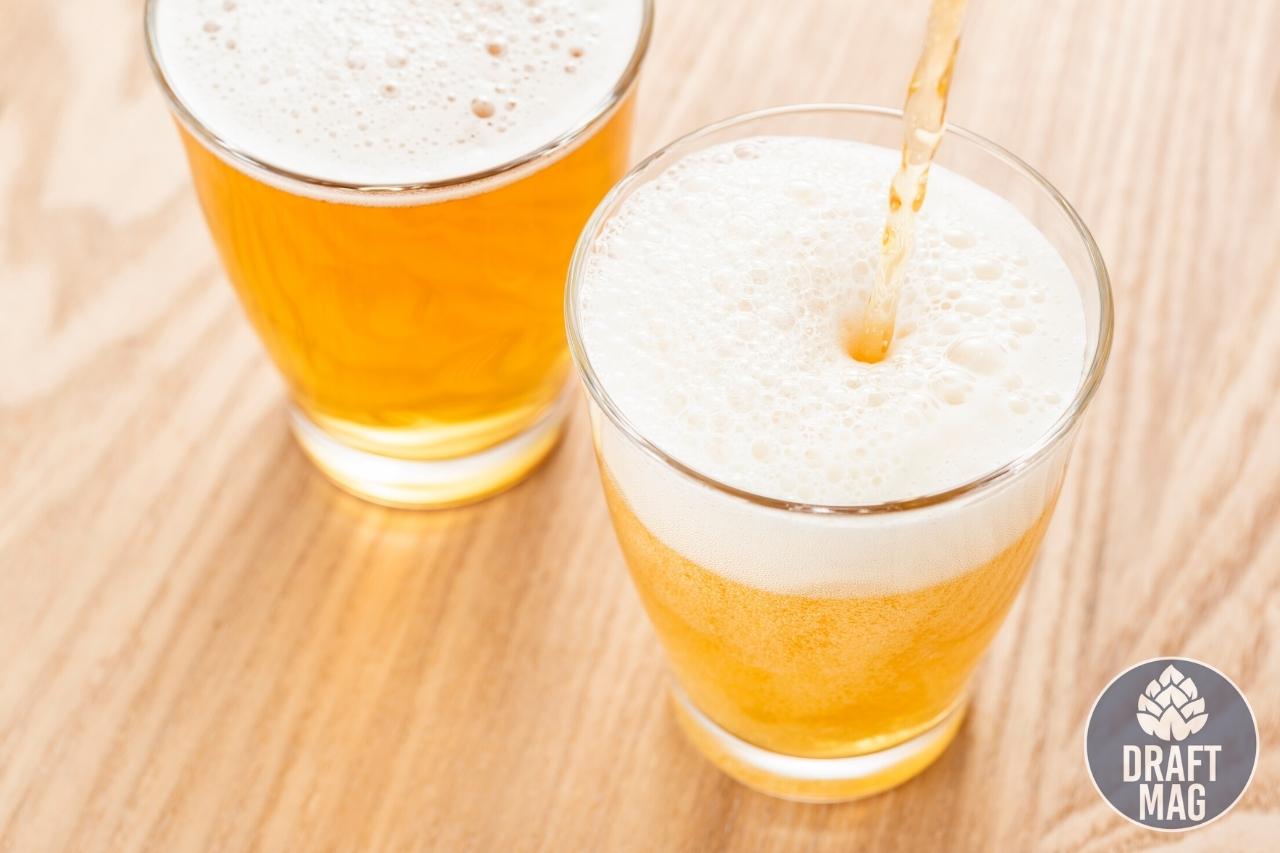 Nonetheless, you should find a beer recipe for this process.

There are multiple beer recipes you will find on the internet, but not all these recipes will be ideal for making non-alcoholic beers, especially those containing higher sugar content.

The starting yeast used in the fermentation process will ferment the sugars more and increase the alcohol percentage of the beer, making it hard for you to remove the alcohol parts from the beer.

Therefore, you should avoid using maltose and glucose to brew beer at home. These sugars have a high-fermentation capacity and the starter yeast will process them readily — this will increase the alcohol percentage.

On the contrary, complex sugars won’t be fermented easily, so sugars like dextrin are the perfect choice for alcohol free brewing beers. Also, dextrin is preferable as it improves the fullness of the beer. The fuller the beer is, the better its taste will be.

Finally, be careful about using the hops. It would be best if you used half of the recommended amount of beer in the recipe. Hops will increase the bitterness of the beer, and when you remove alcohol from the beer, its bitterness increases rapidly.

Thus, using the full amount of the recommended hops for the recipe will turn your alcohol-free beer even more bitter than IPAs, making it unpalatable.

A few yeasts have low-fermentation ability, so keep the ABV level of the beer pretty low. It makes the alcohol removal process easy and quick.

Once you have fermented and brewed the beer, you will have to remove its alcohol parts. There are three main methods to remove alcohol from brewed beer.

The boiling method is the most familiar and similar to the boiling off method you have practiced in your college chemistry class. You will need to heat the beer at 173 degrees F, and once it reaches the evaporation point, the alcohol will start evaporating from the beer.

This method is highly preferable for home brewers as you don’t need too many tools. However, it may make the beer a bit flat and have a duller taste, so be aware of this.

Next up, the reverse osmosis method uses a complex filtering system with a permeable membrane. As the beer passes the membrane, it will separate the alcohol parts and water. The alcohol parts will be removed from the water when you have filtered the entire beer. You can then add it for the fermentation process and get your alcohol-free home beer.

The best thing about the reverse osmosis method is that it won’t reduce the quality and taste of the beer. However, it is an expensive method and requires much time for completion, so this isn’t an ideal option to homebrew non-alcoholic beer.

The process reduces the evaporation temperature of the beer to 120 degrees F and speeds up the evaporation process. The good thing about the vacuum distillation system is that it won’t reduce the taste of your beer. However, this isn’t the perfect option for home brewing beer.

Now that you know about the alcohol removal process of the beer, it’s time to heat it. As you might guess, we have opted for the boiling-off method to remove the alcohol parts from the beer.

For heating and evaporating the alcohol, there are two alternatives:

The heating procedures of the beer, including the two processes, are described below.

Light up the stove and carefully set the beer on it. Now, check the thermometer and maintain the stove heat accordingly so that it doesn’t cross 175 degrees F.

If the temperature crosses the recommended limit, the beer might develop a funny or bad odor, so be careful about it and check the thermometer ardently.

Since the stove doesn’t allow you to control the temperature easily, using an oven to heat and evaporate the alcohol is a great alternative. For this, you will need to use the brew kettle.

Also, you should heat the brew kettle for at least 20 minutes to 30 minutes. The heating process will evaporate the alcohol parts from the beer.

When you heat the beer to remove alcohol from it, the evaporation process will also remove some of the flavor and aroma of the homebrewed beer. Thus, the beer becomes flat, and it will not taste very interesting to most people. Therefore, you need to find a way to boost the flavor and taste of your homemade non-alcoholic beer.

The carbonation process will be a great help for this purpose. Carbonation refers to adding carbon dioxide to any beverage at high pressure. It is also crucial since boiling the beer to remove alcohol will also eliminate some carbon dioxide from the beverage.

There are two types of processes for adding carbon dioxide to the beer.

For the forced carbonation method, use an injector. Inject the carbon dioxide with the beer into the keg using the injector. However, the injector may not be readily available at home for home brewers, so the force carbonation process could be problematic for brewing non alcoholic beer at home.

The fermentation process will add sweetness to the beer. It is also a great help if you have used too many hops during brewing and made a bitter beer.

Choosing the right recipe is crucial when making non-alcoholic beer at home. If you choose the wrong beer recipe, it might make your beer too bitter, surpassing the bitterness of the IPAs. Thus, it would help if you avoided the IPA or Pale Ale beer recipes to keep the bitterness level in an optimal state.

So, which beer recipe should you choose?

Well, you could pick Brown Ale or White Beer recipes as these beer recipes use the least hops and won’t add bitterness to your original beer.

Although we have discussed the ways to make non alcoholic beer at home, we must admit that it isn’t possible to homebrew non alcoholic beer with 100 percent success. There will always be a minimal amount of alcohol present, even for alcohol free beers.

In fact, beers that contain less than 0.5 percent alcohol of the total volume of the beverage are considered alcohol-free drinks. Hence, when you homebrew non alcoholic beer, the key is to lower the percentage of alcohol within the beer.

But note that no homebrewed beer will be 100 percent alcohol free. The aim is to keep the alcohol presence within the beer as low as possible and even lower than 0.5 percent. It won’t have enough alcohol presence to be called an alcoholic drink. Also, it won’t give you any dizziness and nausea.

The tradition goes back to the Middle Ages, during which time people used to drink slightly alcoholic beers to save themselves from poor sanitation. The table beers with 1 percent ABV became popular at that time in European countries.

Also, these days, people drink non alcoholic beer to enjoy the uniqueness of the beverage without experienceing any buzzy or dizzy feelings. Undoubtedly, beer has many crucial health benefits, including reduced heart diseases and improved immunity, but for this to take effect, you need to drink the beer in a moderate amount.

Therefore, many people prefer drinking non alcoholic beer that contains less than 0.5 percent ABV to avail themselves of the health benefits while not developing alcohol dependency.

Last but not least, non alcoholic beer will help you develop alcohol tolerance gradually. So it is important for those who party and drink a lot but don’t want to get drunk.

Here are some answers to your questions about non-alcoholic beer. 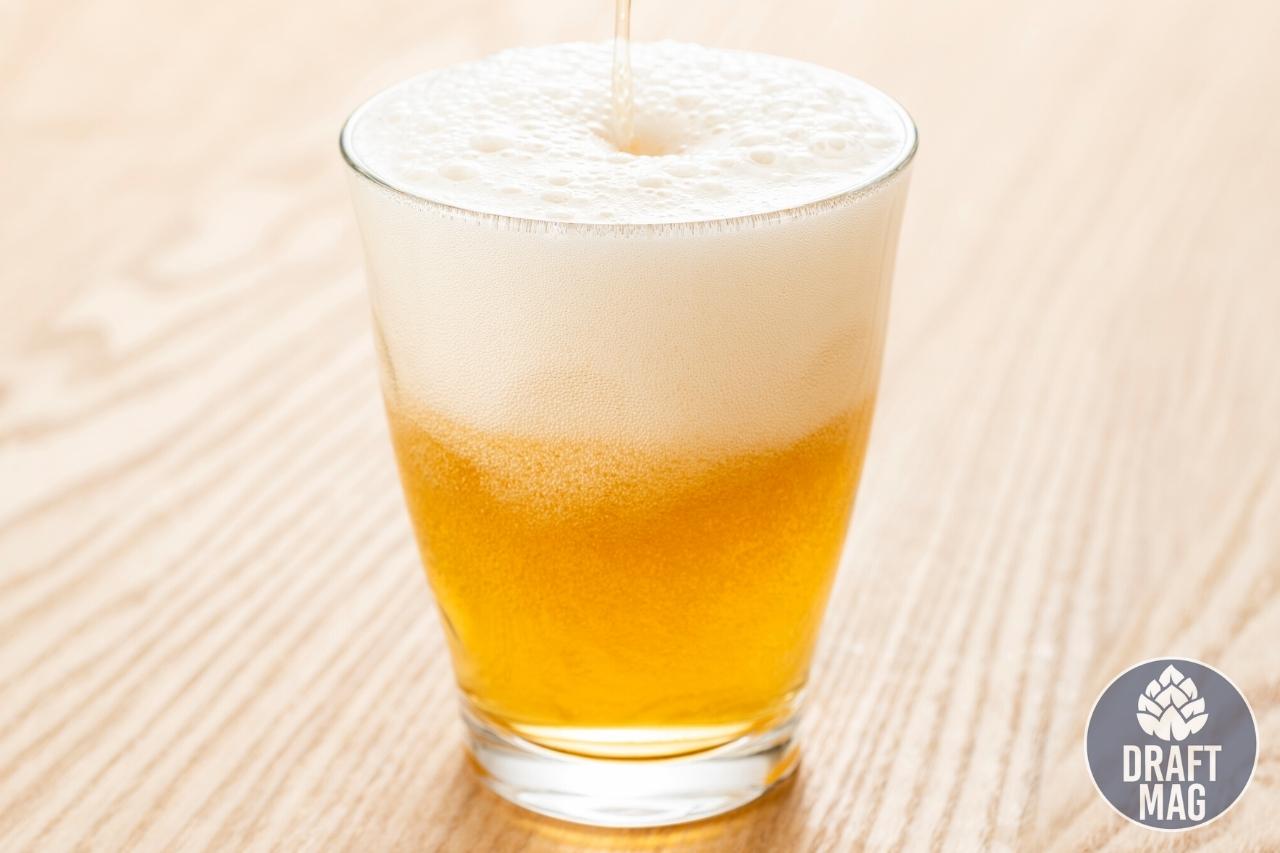 Homebrewers with zero skills in brewing can easily and successfully brew a batch of non-alcoholic beer by following our complete guide. The key is to choose the right grains and yeast and follow the alcohol removal process thoroughly.

Non alcoholic beer with enough carbonation will surely satisfy your beer palate and have you remaining in full control of your senses, so forget those embarrassing moments due to drinking too much alcoholic beer.

It’s time for a non-alcoholic beer!