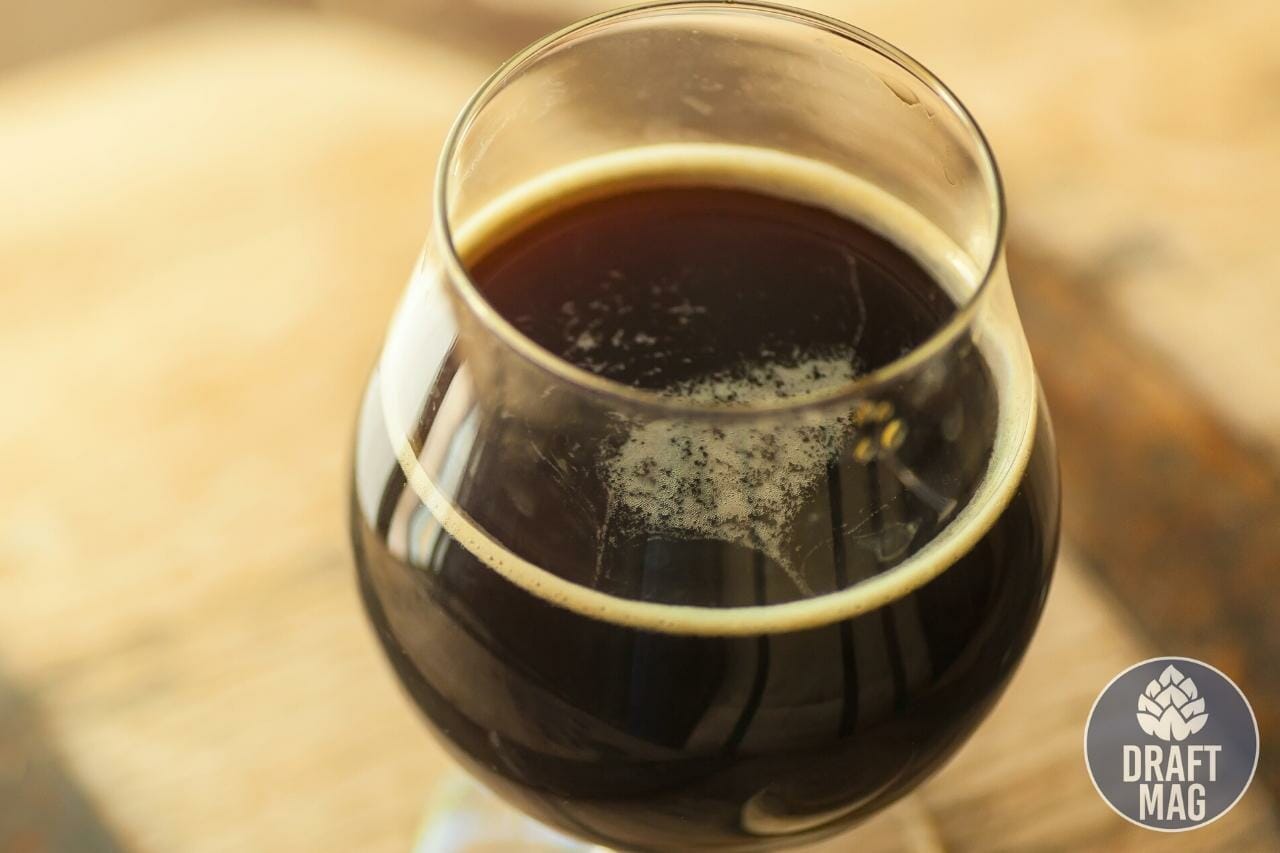 American stout originated in England in the 16th Century. Back then, it was called a porter. To date, there is an ongoing debate about the two names among beer enthusiasts.

A stout is highly popular among the British and Irish alike.

American stout beer is mainly a branched-out version of its original European version. But over the past 30 years, the American version has found its place in the beer scene.

An American stout has seen many different versions across craft breweries in the USA. But some characteristics form the core of any classic American stout beer.

Here are all the characteristics you need to know about this exclusive stout beer:

American Stout is one of the darkest and most thick beers available in the American beer market. This makes it a perfect drink for cold winter nights.

Extremely dark hue, ranging from a molten bronze look to a dark black color. When poured out, an American stout beer necessarily has a firm and long-lasting frothy foam above it in coffee-like color.

The use of citrus hops and roasted malts gives American stouts a very distinct aroma. The aroma ranges from notes of a sour and fruity smell to a minimal burnt smell from the roasted ingredients.

You can also smell ingredients like chocolate, fruits, coffee, molasses, and licorice. Esters are optional, and the smell is never too strong when used. The notes of citric hop smell can be distinguished, and the alcohol smell is quite mellow. None of the fragrances is overpowering, which strikes the perfect balance.

The American stout flavor is creamy and dense-bodied. Generally considered a strong drink, it has a creamy texture with a dry finish. Some breweries serve American Stout with a toasty, almost burnt finish.

The use of oats and wheat as malts gives it this densely creamy finish. The flavors are not very overpowering. It is high in carbonation and has a strong alcoholic texture. Every sip has a medium to dry mouthfeel.

The stout craft beer has a roasted taste, almost bordering dark chocolate, coffee and mocha. A stout is an excellent canvas for brewers who want to work with dark and heavy flavors which are somewhat bitter or burnt in taste, like most nuts and coffee.

The caramel chocolatey feel in some American stouts gives a natural sweetness. It has a bitter and sour aftertaste due to the general use of citrus hops. But the sourness is not very overpowering on the taste palette.

Due to its dense texture, roasted smell, and mouthfeel, American stout pairs well with all kinds of smoked food. This is an excellent addition to any game night where you light a little barbeque with your group.

From grilled seafood to smoked pork or lamb, your favorite stout can be paired with most BBQ food. It also works well with grilled food because of the roasty feel.

It can pair well with a rich, moist, dark chocolate cake or fruity desserts. Popular pairings also include fresh cheese. 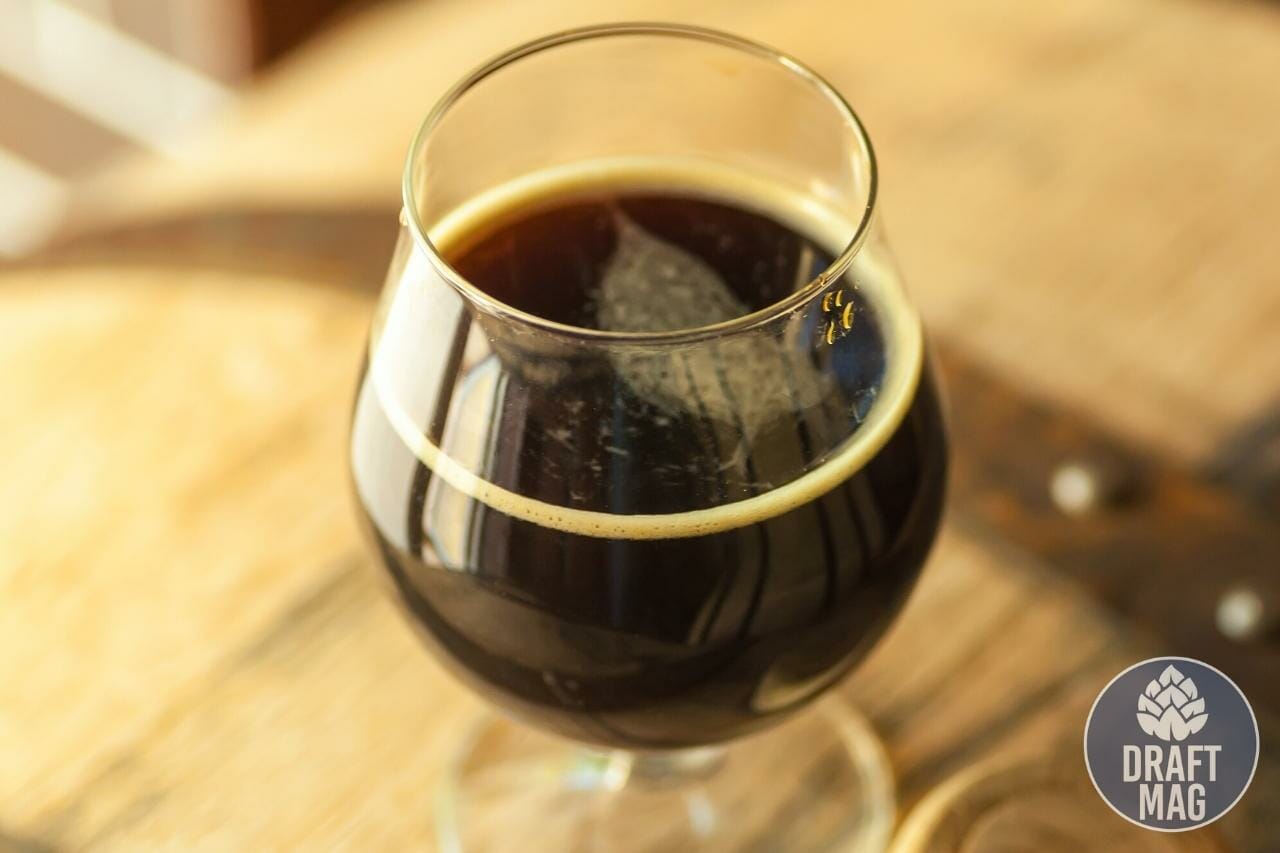 An American stout beer uses top-fermenting hops and takes much less time to brew than a lager.

This beer is brewed in relatively hotter temperatures between 55 – 77 F. A classic American stout uses unmalted roasted wheat or oats, sometimes even barley, for fermentation.

Some stouts use various ingredients like milk to make lactose stout, or a dark stout uses chocolate for a deep finish.

However, the general composition includes the following:

Stout beer, also known as the “butt beer”, first originated in England around 200 years ago. There is a considerable debate among beer enthusiasts about the overlapping characteristics of a stout and a porter.

But the American stout beer became popular in America in the last few decades, in the late 1970s. It came to America with European traders and found its own unique new characteristic features.

– What Are Recipes With an American Stout Beer?

There are endless recipes that you can make with your favorite American stout. Here are a few exciting ones to get you started.

The sugar levels in a stout are high. This allows you to cook it with spices, bring in new flavors and use it as a sauce like a base for many meat-based recipes. You can use an American stout beer-infused reduced sauce in meat stews and grilled meat recipes.

Stew or soup – If you are a one-pot dish lover, this one’s for you. You can use an American stout beer to make a rich, creamy soup base for your red meat stew or even a simple onion soup. The dark beer will seep inside the raw ingredients and make a riot of flavors in your mouth.

The American stout flavor makes it an excellent ingredient for an indulgent dessert to finish your meal. You can use it moist in a dark chocolate cake or even a red velvet cake. But you must remember that using a stout might make these dishes intensely flavored and leave bitter notes.

You can replace the milk content in your cake recipes with stout for the alcoholic richness. You can even soak the dry fruits of your dessert in the stout beer and let them soak in all the alcohol. This brings a heavy depth of flavor into the desserts.

An American stout has more roasted flavors and aroma than its European original counterparts. Some American stouts are so roasted that they almost feel like strong coffee. This roasty factor makes an American stout look dark and deep in color, almost like a dark molten metal.

– What Are The Types of Stout Beer?

With the great boom in the craft beer industry, there are endless possibilities of a classic stout that you can explore. Here are some of the best recommended American stout beers that you should not miss out on:

– What Is The Difference Between Porter vs. Stout Debate?

The core difference lies in the fact that a porter uses malt grains to brew while a stout uses unmalted grains. Both these beers have a dark hue, a strong kick of alcohol. Both use roasted malt ingredients to brew, making them similar in taste, appearance, etc.

The struggle between a porter and a stout beer is generations old. Beer enthusiasts worldwide feel that these two beers have many overlapping features, making their debate so strong. 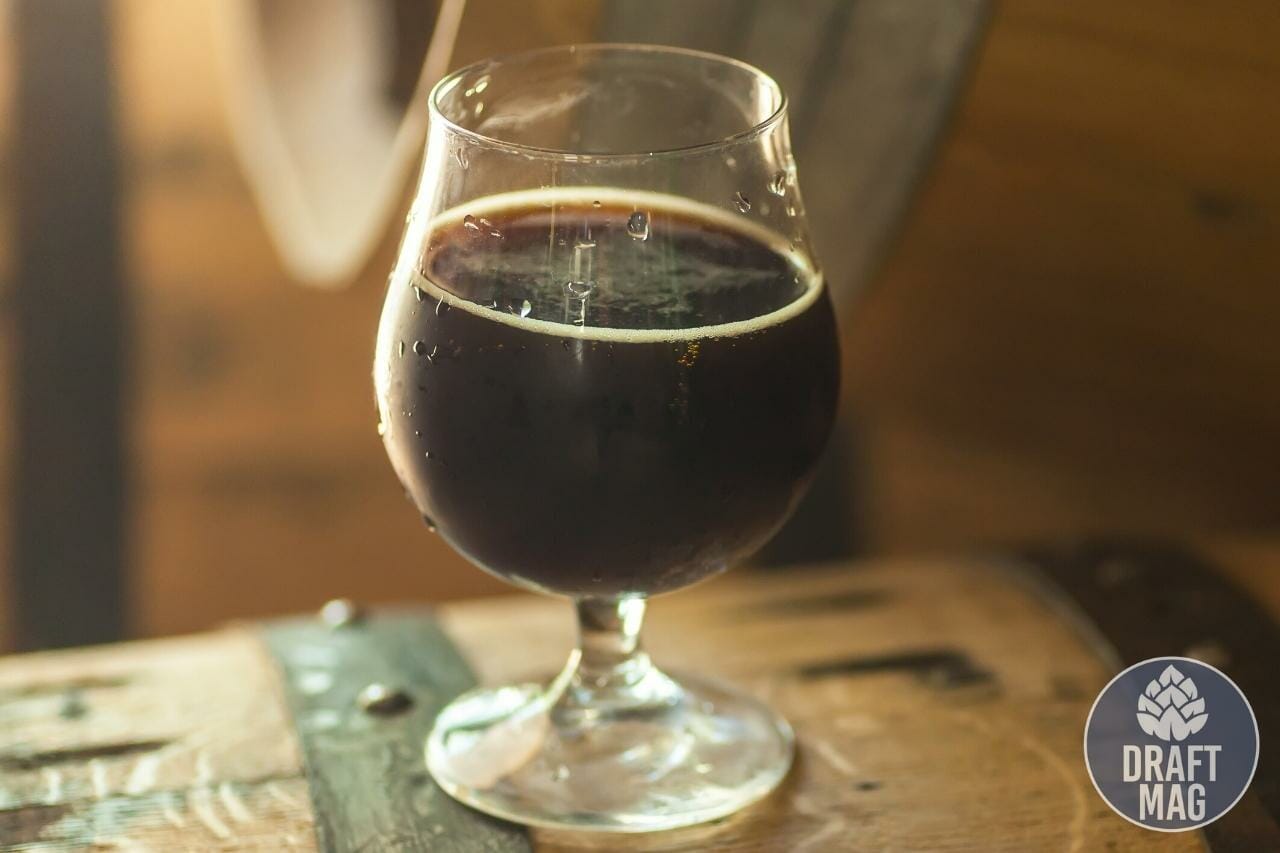 As an American stout beer is very high on the roasted element, it can have an overpowering effect when fresh. This is why having a stout can be an acquired taste.

To conclude, here is all that you need to remember about your American stout the next time around:

When you start, beer connoisseurs advise you to let the beer settle for a few weeks after brewing to let the intense flavors ease out a bit.