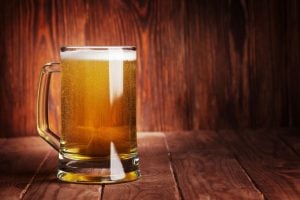 Choosing between Witbier vs Hefeweizen is not an easy task, but it all comes down to each one’s flavor. Naturally, the perfect type of beer, especially during the summer and a grand family reunion, comes down to those two that belong to the wheat beer family.

If you are unsure of the meaning behind their names, their flavor profiles, and their alcohol content, then our article is for you. Keep reading to find overviews of each beer style as well as the differences between them.

Here are some of the terms to know in this beer category that will give you some insights with regards to their content and their color:

Witbier vs Hefeweizen: Key Properties of Each Beer

What Is A Hefeweizen?

The Bavarian Hefeweizen is a classic wheat beer that started during the 18th century. During that time, it was a monopoly of the Bavarian Royal Brewery. The reason behind it was to control the use of wheat; the governments needed to make sure that there was enough for bread-making.

However, the popularity ended in the 19th century, since that when the right to brew this type of beer was given to the commoners. However, after a few decades, German Hefeweizen regained its popularity.

It is a malted wheat beer with 60 to 70 percent ABV, has a dry palate, and is heavy in creaminess, yet the light taste is brought due to the hopping.

What’s more, some brewers are trying to bring different flavors by offering special editions. So, today, newer versions are not sour and spiced. The traditional ones used regular yeast that offers an allspice flavor, bubble gum kick, and a banana endnote.

The final flavor of a mix depends on different factors such as yeast strain selection, brewing process, and fermentation temperature. In any case, every brewery wants to achieve its unique aromatic balance. Older versions of wheat beers are pale amber color, while the newer ones resemble cloudy pilsner.

Also, you can opt for filtered versions, but many weizen drinkers choose unfiltered beers. Furthermore, you can choose from a darker to a lighter version, keeping in mind that the darker beers are suitable for cold weather.

Hefeweizen was initially produced in Germany, but it became very famous in the United States because of immigrants from Germany. The traditional German qualities of the beer were lost because Americans made their own version of the drink.

The American and German versions are very different in taste due to the type of yeast used. In particular, American brewers choose American yeast strains that give it a maltier taste compared to German.

– How Is Hefeweizen Served?

Today, you can buy it on draft, but traditionally it was bottled. In the past, it was served in a tall curvy glass, also known as a vase. Moreover, there is a traditional way of pouring that gets the attention of drinkers inside bars and restaurants. Here is how you can do it and impress your friends too:

American drinkers choose to drink this beer with a lemon wedge on the rim of their glass or within the glass. The tart taste makes it a suitable drink during the summer season. Unfortunately, traditional drinkers do not like the citrus idea, since they believe that the acidic effect destroys its genuine taste and stops forming a perfect foam head.

The good thing is that this beer can be paired with any food that you want to eat when you are out. If you’re going to make the most out of the experience, sweet and spicy food compliments it best. You can also enjoy a platter of cheese, vegetables, and seafood with this beer.

Hefeweizen for You to Try 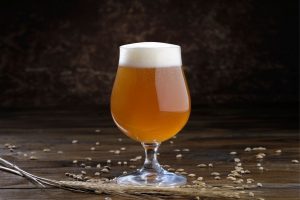 There are wide ranges of both traditional and not very traditional Hefeweizen to try. These are some good recommendations we have for you:

It is a premium beer that is at the top of its class. The beer is brewed using fine yeast and the Bavarian beer-making process. In the end, Erdinger Weissbier will give you an unforgettable taste that deliciously lingers in the palate.

It has a reddish amber color that uses the traditional brewing method passed down from generations of expert brewers. If you enjoy both good taste as well as a stunning color in a beer, then Maisels Weisse Original is for you.

What Is A Witbier?

This type of drink is another ancient beer that originated in Central Belgium. It was an everyday drink but lost its popularity in the 1960s. So, a man named Pierre Celis reinvented the beer.

We owe him the fact that it became a favorite again until today, not only in its homeland but also around the world. Furthermore, it was the Coors that widened its audience using the Blue Moon brand, and hence the reason why it is popular around the world today.

– How Are Sour Beers Made?

It is a sour beer that is becoming a new trend, but its production is not new. The beer is produced by letting the yeast strain into the brew, unlike the modern brewing process that uses a sterile environment to avoid the formation of wild yeast. The result is an acidic beer with a tart taste. The most common style of sour beer is Belgian wheat beer. In ancient times, all beers were made using wild yeast that floats around the air.

The traditional way of producing this beer is with pale barley malt, unmalted wheat, and some oats. The mixtures of grains offer a creamy milkshake-like texture that makes it a popular choice for many avid beer drinkers. The older version only has 4.0 percent ABV while the newer ones have about 5.0 percent ABV.

Hopping is light and uses fruity yeast strain giving spiced coriander and a bitter orange taste. According to historical articles, this white wheat beer has a higher acidity. Witbier offers a very fine opalescent sheen if the brewing process is right due to residual starches from the mashing process.

– How Is Witbier Served?

The best way to serve it is with the use of a short tumbler. There is no special way of serving the beer because high-quality Witbier will grab the attention of drinkers.

However, you should be careful before you do serve the beer, as there are several subpar Witbier producers out there. The difficultly in dealing with the proportion of unsalted grains to achieve the creamy texture makes managing it very hard. Some may even have an off-taste, flat taste, and too aggressive spiced flavor.

Because of its velvety taste, the beer is a perfect drink for delicate dishes like raw crustaceans and other seafood dishes, fresh cheeses, meat, and desserts like dried pastries and fruit tarts. Wheat beers are very versatile alcoholic drinks that you can pair with any food that you wish to eat.

Witbier for You to Try

These are our top picks of Witbier that you should try next time you are on a beer adventure:

It has a bright gold color and fresh flavor and aroma that will excite your palate. The best part about it is that, when served, it resembles eating a banana with whipped cream on top and a ladyfinger with candy lemon note.

The beer offers a very light and bubbly orange taste and it is perfect for those who hate a strong malt taste.

What Is the Difference Between Witbier vs Hefeweizen?

Both the Witbier and Hefeweizen are American wheat beers, so some may say that there isn’t an apparent difference between the two beer styles, but there are some that you need to know.

These beers are brewed using a huge proportion of wheat, which is when the difference comes in.

Wheat beer is any beer with a considerable portion that uses wheat for brewing. Average craft beer is brewed using malted barley, and it is an easy process. However, beers made with wheat have a strict brewing process because of the starch and protein binding. It is the same protein responsible for bread making.

Naturally, these two beers are different as they use different yeast strains that bring them their undertone flavors!

Let’s illustrate this with an example of the American wheat ale that started in the 1960s with brands such as Pyramid and Widmer. It is different from the classic European style wheat because it uses all-purpose ale yeast.

As a result, it offers a different kind of creaminess without a very complex aromatic flavor profile typically found in European wheat beers. It is a new generation craft beer like the Goose Islands 312. 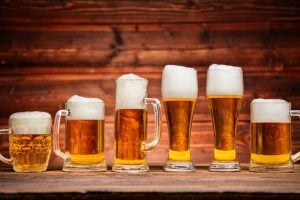 The extra hurdle of brewing with wheat is worth it because of its plentiful benefits to the end product. That is why both Witbier and Hefeweizen have high-quality taste compared to other types of beers. The important things to remember between the two are that both Witbier and Hefeweizen are unique in their own right and flavor. Moreover, the huge similarity between the two is they are both brewed using wheat but from entirely different regions.

On the other hand, having a different origin makes the end product taste and smell different. Consequently, your personal preference is a huge factor in selecting which one is the best for you. Keep our comparative guide close and make your choice next time you go out for a drink.