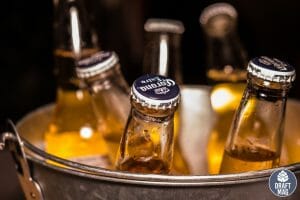 Corona Premier vs Extra is an ongoing argument among light beer lovers, and we are here to help you pick your best fit. Each Corona beer has its unique characteristics, and we will present all of them to you in this complete guide. Let’s uncover the important differences between these two Mexican beers to help you select your preferred brand.

What Are the Differences Between Corona Extra and Corona Premier?

Corona Premier is best for its high nutrition value, containing lesser carbohydrates than its counterpart. This advantage ensures that you can enjoy this beer without risking health issues. As a result, the beer is compatible with shellfish, Mexican-style food, pork, citrus-infused dishes, and chicken.

This Premier beer is the lightest product of all beers produced by Corona. It is well balanced with a splash of sugar and a smooth, dry finish. This light lager beer has a straw-colored hue, pale yellow, and the same ingredient as many other Corona offerings. This beer has a known aroma of fresh grass, and it is pungent on the nose.

It has many of Corona’s favorite grassiness but what mostly surfaces is sweetened water with hints of corn. This will make you feel like you’re taking a seltzer instead of beer. After settling in a glass, Corona Premier also possesses an oxidized smell of wet cardboard.

This beer is good for someone on a strict diet because it has low calories and carbohydrates. It has no fat content and low protein content. Corona Premier beer is suitable for events and gatherings. Corona Premier ABV is 4 percent and it has an IBU of 7, making it ideal for you if you prefer lighter beers.

Corona Premier alcohol has a crunchy and refined taste, but its taste is watery and mild profile when compared to full strength Corona Extra. When poured into a pint glass, it has a light head that disappears within a short period. The beer has a fruity aroma with a touch of malt, making it a smooth and drinkable beer.

Immediately, the beer collides with the palate; it livens the tongue, giving plenty of carbonation. The hoppiness disappears within seconds immediately after swallowing. The high carbonation washes the palate totally as a faint bready sweetness passes through. You can add lime to the beer to add flavor to it.

The ingredients used to create this popular beer include hops, barley, malt, corn, and yeast. The brand also included antioxidants and propylene glycol to further improve your enjoyment of this beer.

Corona Premier is produced by the Constellation Brands in the USA. Its production began in 2018, and it immediately became a fast-growing product. The production of this beer aimed to meet the ever-growing demands of the beer world.

– How To Drink Corona Premier

There are five basic steps to drinking Corona Premier. They are:

On opening the beer, it should be stored in a cool, dry place away from light. The average temperature range is 53-59 degrees Fahrenheit. Avoid temperatures higher or lower than that.

The best way to enjoy the Premier lager is to drink it cold. That should be around 32 degrees, about 20 degrees below the optimum temperature. This simply means if you want to enjoy the beer, drink it straight from the fridge.

Although the beer is widely available in cans and bottles, you can grind them as draft beers on some beaches. It is best to drink it from the container; it makes it easy to add your desired lime.

Unlike other beers like Extra stout that have to be taken with caution, this beer isn’t like that. You can have as many gulps as you like, but don’t forget to drink responsibly.

What Is Corona Extra Best For?

Corona Extra is best for its crisp, refreshing taste and relative mildness to the palate. Therefore, it is a perfect companion for salty dishes and fried snacks. It is also nutritious, and you won’t have to worry about getting drunk when enjoying a couple of bottles. 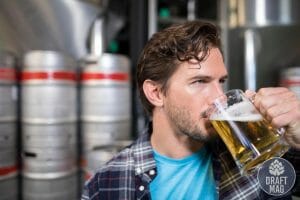 It is a pilsner-style Mexican lager beer with a clean taste. It is named after the sun, hence the name “Corona.” The “Extra” in the name is because the bottle is different from other Corona products. The beer is golden blue with evenly distributed crispness and a balanced, refreshing flavor. It appears pale yellow when poured into a glass because of the straw copper.

It is a mild, refreshing beer that barely leaves hangover effects if consumed properly. It is packed with probiotics and antioxidants, making it a healthy beer. With an IBU of 18 and alcohol content of 4.5 percent, it is one of the healthiest beers you can find. It has about 99 calories and a low amount of carbohydrates and protein with no fat content.

You can recognize the beer by its quick effervescence that begins at the tip of your tongue and goes upward. After the fizz, you begin to feel the sweetness increase, and bitterness comes in. The beer contains mild notes with mutted citrus and a bit of grain. It has a bitter finish that fades away quickly, leaving a sugary taste and bubbles at the back of your throat and on the tongue.

The ingredients used for this beer are the same as those used for Corona Premier. They include hops, malted barley, yeast, corns and filtered water. All these combine to give you the ultimate Corona taste.

This Extra beer has been in production since 1925 before its debut in 1981 in America. Although A.B. InBev manufactures it, brands in America also boast of its production. The beer has a link between Mexican and German lagers. This is because Adolf H.Schmedtje, the first brewer who was a German immigrant, absorbed the flavor and traditions of his country.

This Extra beer leads the market in Mexico, but it is not the best beer produced by the makers of Corona beer. This beer is distinct from other Corona beers, and you can only get this feeling from taking it.

No, they’re both light beers and have the same alcohol level. The Premier lager is super light with fewer carbohydrates and calories, while Corona Light is the standard light lager.

– How Drunk Can You Get off a Bottle of Corona?

You won’t get too drunk with just one bottle of Corona. Most Corona offerings have their alcohol content set to 4 percent except the Extra, which is 4.5 percent. You can feel the effect and start feeling tipsy after a few bottles.

– How Long Can You Keep Corona Beer if It’s Not Open?

An unopened Corona Beer can last up to two years if it is well refrigerated and kept away from sunlight. Although the producers set the shelf life to about six months, you might have to drink it within 24 hours if you open it. 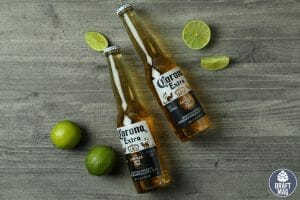 As discussed above, the two Corona light beers have quite a number of differences. They both have a nice refreshing taste with a balanced mix of delightful aromas. The main difference is that Corona Premier has fewer carbohydrates and alcohol than Corona Extra.