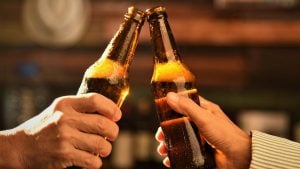 Understanding Coors Banquet vs Original has been confusing for beer lovers. Many people try to differentiate the beers while others consider them the same.

Are they different beers or do they have the same characteristics?

Continue reading as we reveal the secrets of the hot-selling craft beers.

Coors Original vs Banquet: Are They Different Beers?

Besides the few changes to the containers’ label artwork, there is no other significant difference between Coors Banquet and Coors Original.

A Complete Look at the New Coors Original Beer

A Short History of the Coors Banquet

The oldest brand in Coors’ stables is Coors Banquet (now Coors Original), which was first brewed in 1873. This is the beer that began the Coors empire, made by Adolph Coors in the foothills of the Rocky Mountains. Like the other big brewers’ flagships, Coors Banquet has been significantly outstripped by its Light counterpart in terms of market share.

Coors Banquet eventually faded into oblivion while Budweiser and MGD remained well-known brands. Because of this, Coors launched an initiative to transform Banquet into a nostalgic brand in recent years. The need to reintroduce this exciting craft beer to the market gave birth to its rebranding to Coors Original.

The Birth and Nostalgia of Coors Original

Coors Original is as comfortable as an old college hoodie that we can’t bear to part with. Drinking the beer is like reuniting with old friends, where we always know what we’re getting — although sometimes with more resignation than joy. Coors isn’t attempting to be anything other than itself.

At the very least, the highly carbonated Rocky Mountain rainwater version of this American lager has a bite that its rivals don’t. It brings back memories of Rockies games at Coors Field, Jazz at City Park, and summer cookouts, proving that it’s a vital element of Colorado culture.

Original Coors has a distinct brightness that distinguishes it from many other domestic lagers in the market. A malt backbone supports its fruity nature, with delicately sweet aromas that you won’t see in many lagers. In addition, some lively and sharp carbonation ensures a rather clean, crisp finish.

Of course, no one would tell you that this is the most complex beer on the market. However, once you understand how simple it is to finish one after a hard day, it’ll be evident why so many beer lovers were so drawn to it.

Like the Banquet, Coors Original is a full-bodied lager with vibrant features that help make it a distinctively pleasant sipper of a beer. One smell or sip should be enough to convince anyone who has other thoughts, so let’s get to the tasting notes.

This beer has a crystal-clear straw to the gold-colored body with a medium fluffy white head that immediately dissipates and leaves no lacing. 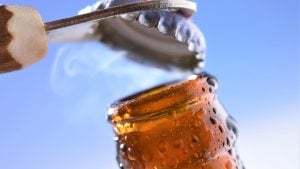 Coors Original gives aromas of pear, creamed corn leaf, and banana peel from the glass, which is remarkably fruity for an adjunct beer. Behind the dazzling flash, hints of wood chips and damp grain emerge.

Just as you have with the nose, lemony, grassy hops dominate the flavor profile, which is balanced by a sweet, grainy malt backbone. There is no way not to notice the upfront sweetness of this beer, which isn’t overpowering or cloying so much as comforting in a way that many lagers fall short.

There’s a slight hint of butteriness in here, but it doesn’t remain long enough to be identified. In terms of intensity, it’s about average for the style. Fine and sharp carbonation keeps the beer’s fuller mouthfeel from becoming syrupy.

The generally clean finish is crisp with a hint of husky malt. There are more prominent darker malts and cereal notes on the finish. Thanks to the carbonation, the sweetness lingers like a film of caramel on a ripe apple. Long after each drink, the rich creamed corn flavors linger on the tongue.

Are There Other Types of Coors Beers?

Asides from the regular Coors Original (formerly Banquet), there are some other popular types of Coors beers.

This beer is the longest rival of the Coors Banquet. It has a clear, golden appearance, and although this one isn’t nearly as watery as Miller Lite, it does have a nice gold-yellow tint.

The large bubbles floating upwards and the crackling carbonation during the pour indicate that this beer has a lot of carbonation. The head is white and disappears fast after the pour.

Notes of corn adjuncts, grain, white bread and some minor hop flavors dominate Coors Light’s aroma. There is also a gentle and subtle metallic note. The nose is clean, with no fruitiness or cloying smell while the flavor is grainy with white bread notes.

There are also rounded green apples, mineral water and corn adjunct notes with some sweetness. However, it does not have the cereal or caramel sweetness that Pale Lagers are famous for.

In the background, there are faint hop notes that give some citrus characteristics. With an ABV of 4.2 percent, Coors Light is an enjoyable option.

This beer is a lager that is doubly brewed and contains less than 0.5 percent alcohol. “Beer” and “natural flavors” are the only components stated.

Like Coors Light and Coors Banquet, it pours a clear, golden straw body with a good level of carbonation. A rim of light white foam appears by the side and center, but that’s about it for the head.

Upon opening the can, you can’t help but notice the corn aroma, with notes of barley and a little sugar. Unfortunately, it also has an aroma of light saltine crackers. It’s sweet at first, with a sharp barley presence, but then it fades away, leaving a hint of creamed corn and bubble gum in its wake.

It feels watered down in flavor, but it tastes like other regular beers from the Coors line of products, which is a plus. Like the aroma, there’s a strong saltine cracker flavor in here and the mouthfeel is dry. Coors Edge tastes just like you’d expect from a light lager. Its 0.5 percent ABV makes it easy to drink and enjoy without getting drunk.

This one is a relatively new offering, arriving at the market in April 2020. It contains a few ingredients including yeast, citric acid, cane sugar, sodium citrate, carbonated water and some natural flavors. Each Coors Seltzer serving has 4.5 percent alcohol content and 90 calories. This makes it an excellent light beverage for various occasions.

The Lemon Lime flavor has a delicious lemonade entry with lime and yeast rolls. It fades to a sweet lemon, tangy lime and cream cheese finish with a hint of bittersweet.

In contrast, the Mango variant has a mango nectar aroma that also has a mango bubblegum flavor with a bittersweet taste.

Coors Grapefruit Seltzer has a fresh grapefruit aroma with an orange flavor and semi-dry finish.

Coors Pure is a lager made from organic ingredients. The delightful drink contains 3.8 percent alcohol, making it appropriate for drinking during the day and on special occasions. The officially stated Coors Pure ingredients are organic hops, organic barley malt, yeast and water.

It is cold-filtered to preserve the beer’s flavors and to ensure that it tastes its best when it reaches the customer. Coors Pure has a mild flavor with a trace of malt sweetness, a low bitterness, a faint tang, and a clean, crisp finish. It has a light scent that reminds you of barley grain overtones. Some variants have a slight berry flavor with citrus hop notes and a light aftertaste. 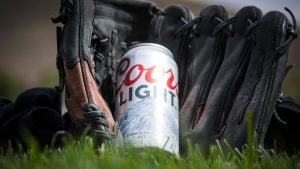 The popular Coors Banquet beer is now available to beer lovers as Coors Original. This beer may not be one to send your senses soaring, but it has rich, fruity and bright flavors, making it an excellent option for lovers of light beers. Here are some of the most important things we learned from the article above.

Coors beers are looking to stay relevant in the lager beer section, and Coors Original seems to provide that, so why not grab a can of this refreshing beer today?