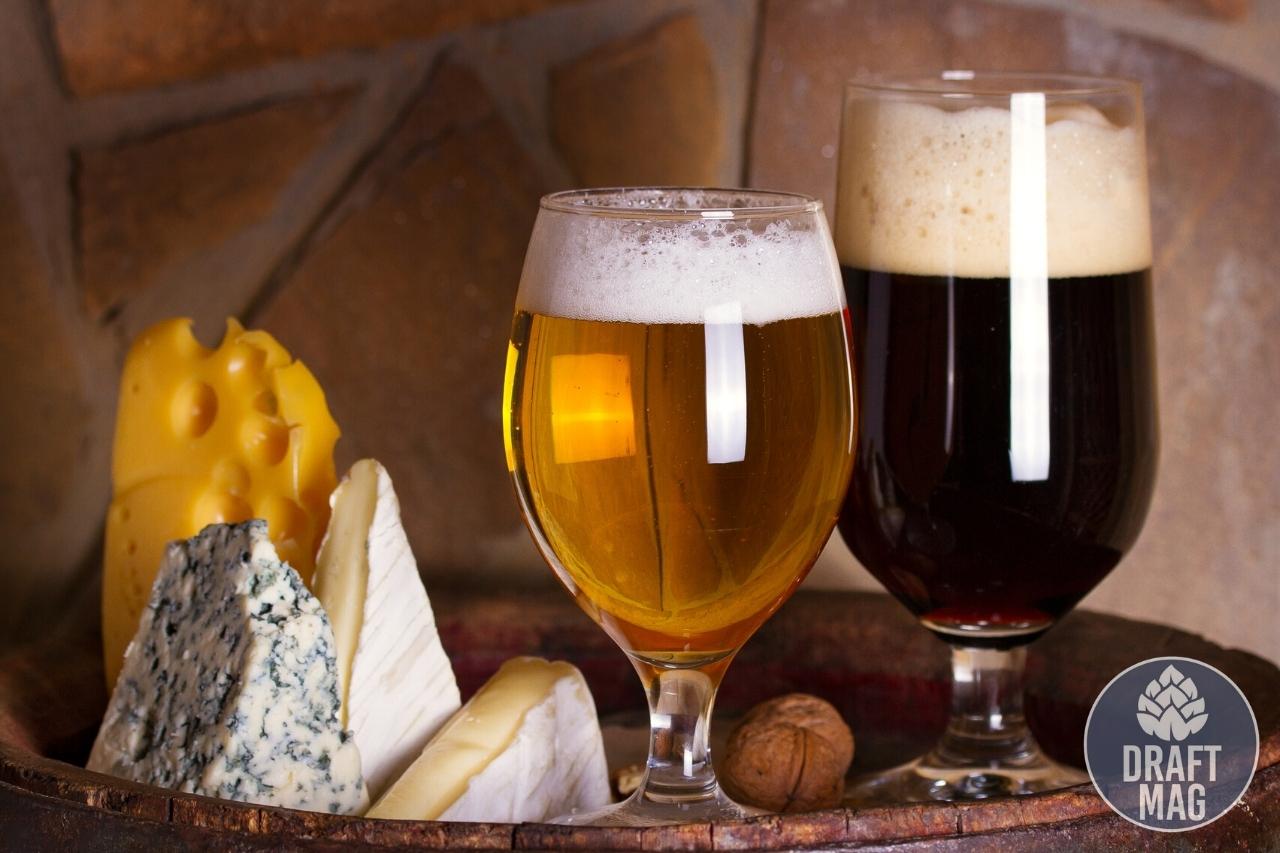 The argument of Modelo vs Modelo Negra is popular among beer enthusiasts, especially those who enjoy imported Mexican beers.

If you’re having trouble separating one from the other, we can help you with that.

Although many beer lovers like them, these two beers have distinct characteristics that appeal to different drinkers. Continue reading this guide to see the difference between these delicious Mexican brews.

Here is a comparison table detailing the distinct differences between these two beers.

What Are the Differences Between Modelo and Modelo Negra?

The main difference between Modelo and Negra is that Modelo is a lighter, pilsner-style lager beer while Negra is an approachable Munich Dunkel. The Modelo features an evident hop profile with a rich palate of malt, honey and maize while the Negra impressively balances its nutty malt flavor with hints of caramel sweetness.

What Is Modelo Best For?

Modelo is the best beer for drinkers who want a lighter pilsner without worrying about the taste being watery or dull. The beer is an International Pale Lager or Adjunct Lager and is famous for being a more approachable brew than other styles.

This crowd-pleasing beer is easy to find in many markets. It features a sessionable ABV, and its versatile taste makes it suitable for pairing with different foods. Although the Modelo is characterized as a light beer, it might be too rich for those who want standard light beers because of its complex flavor.

– What Is Modelo Made From?

Modelo is made with malted barley, corn, hops and yeast. It is also brewed with filtered water, specifically premium two-row barley malt. The ingredients will create a rich and full-flavored character, with some sweetness and light hop flavor. The brew is also well-balanced and has a crisp finish since it is heavily carbonated.

The popularity of the beer is due to its rich flavor and crisp finish. Its complex blend of flavors would also give you a rich and full mouthfeel that makes it stand out from other domestic lagers. The Mexican beer is refreshing and shippable, standing firmly in sessionable territory.

Modelo Especial has an aroma and flavor of malt, honey and maize, with a creamy and fizzy taste due to the heavy carbonation. The beer has a 4.4 percent ABV and a refreshing taste, making it ideal for long drinking periods.

The Modelo brew has a dark straw to gold color, but the honeyed hue is more than regular Mexican pale lagers. Its color is expected due to its rich character. You will also notice all the bubbles from the carbonation and a small, foamy head.

Like other international pale lagers, the Modelo has faint aromas typical to lagers. There’s a subdued aroma of hops on the nose, but it is mainly overwhelmed by notes of honey, creamed corn, and fresh biscuits. If you’re sensitive, you might also notice the herby aromas.

When you first sip the Modelo brew, you will notice the heavy carbonation which contributes to its crispy taste. The clean flavor washes over the tongue, but this isn’t all. The beer’s rich and malty taste is also dominant and highly sippable when you drink it.

Aside from the balanced taste of honeyed malt and maize, they also seep into the finish and linger against your tongue.

The Modelo Especial has a fizzy mouthfeel due to its carbonation and medium body. There are notes of honeyed malt biscuits on the finish, while the earthy hop flavors might emerge. It finishes crisp and refreshing.

The Modelo brew has fewer calories than the Negra, set at 143. It also has about 14 grams of carbs but only one gram of protein. The beer has no fat but contains about 15 mg of sodium, which is good for balancing bodily fluids and keeping the muscles running smoothly.

Those on the keto diet should avoid this beer because of its large carbs. It is also made with barley, which has gluten, so it’s not recommended for those on a gluten-free diet. Those with wheat and corn allergies should also avoid this beer.

Although the Modelo brew was released in 1925 by Grupo Modelo S.A. de C.V in Nava, Mexico, the beer became even more popular in 2013 when Constellation Brands obtained the exclusive rights to import six of the twenty top beers in the country, including Modelo. After a short time, Modelo became one of the most popular beers in the USA.

Today, the Modelo Especial is the number one imported beer in America and has been among the top five beer brands in the country since 2018. Modelo is more popular in Chicago, San Diego, Oakland, Dallas, San Francisco, Los Angeles, Sacramento and Las Vegas.

What Is Negra Best For?

The Negra Modelo is best for lovers of dark beers and malt-driven flavors. This is a Munich Dunkel beer made by Grupo Modelo, the same company that makes Modelo. It is often seen as the younger sibling of the Modelo brew, as it was released one year after.

Although the Munich Dunkel style is usually tricky to pull off, Modelo does a great job balancing the brew. It is refreshing and medium-bodied, with malt-driven aromas and flavors. But beer lovers usually complain about the sweetness, which can mask the hop flavors and become too pronounced as the beer warms up.

– What Is Negra Made From?

The Negra Modelo is made from barley malt, non-malted cereals, hops and water. Specifically, the hops are galena and super galena. It also has caramel malt, two-row and six-row malt barley, and black malt.

When all these ingredients are brewed together, it gives the Negra Modelo a rich amber hue and medium body. The Negra is also brewed for a longer time than average beers, which contributes to its rich flavor.

The Negra’s style profile is driven by malts and nuts, with hints of caramel and a medium-bodied character. It features a 5.5 percent alcohol content higher than that of the Modelo, so you can expect to feel drunk after a little while.

The color of this beer ranges between rich copper and dark chestnut brown but has noticeable amber hues. Sitting on the top is a small and white foamy head with good retention, so you can expect it to remain for a while. The head also leaves light lacing on the cup.

As expected from a Dunkel, the Negra beer has a complex web of aromas, which is very evident from the moment you pour the brew. You will notice the dominant flavors of roasted nuts and freshly baked brown bread.

There are also some hints of banana and caramel, but all of it is overshadowed by the roasted malt. There are no hoppy aromas in this brew.

The flavor of this good beer follows the aroma, with dominant tastes of roasted malt and nuts. When you first taste the beer, you will notice the smooth texture caressing your tongue and the fine bubbles from low carbonation. There is also a hint of caramel and dark fruit, but it’s very slight.

On the palate, the beer has a dry character evident in the finish. It also has a clean taste that washes through your mouth, and the flavor lingers for a long time in the aftertaste.

Like the Modelo, the Negra beer is not gluten-free and shouldn’t be consumed by those on a keto diet.

The Negra Modelo was first released in 1926 but was only imported to the USA in the 1980s. It has now become a famous alternative to domestic light beers. This brew is a Dunkel, which is inherently a German beer.

Even if Modelo is a Mexican brand, it still brilliantly follows the Munich Dunkel style. You might notice it’s more delicate than the average Dunkel beer, but this can be traced to its Mexican background. The beer has 19 IBUs, unlike normal Dunkel brews going as high as 30 IBUs.

Here are some commonly asked questions regarding these two beers.

– What Beer Is Similar to Modelo Negra?

Bohemia and Dos Equis Dark are similar to Negra, and Mexican lagers are also suitable substitutes for the Negra beer.

– Is Negra Stronger Than Modelo?

Yes, Negra is stronger than Modelo as it has a 5.5 percent ABV, as compared to Modelo’s 4.4 percent ABV. Negra is also more robust than most Mexican brews.

– What Is the Best Food Pairing for Modelo? 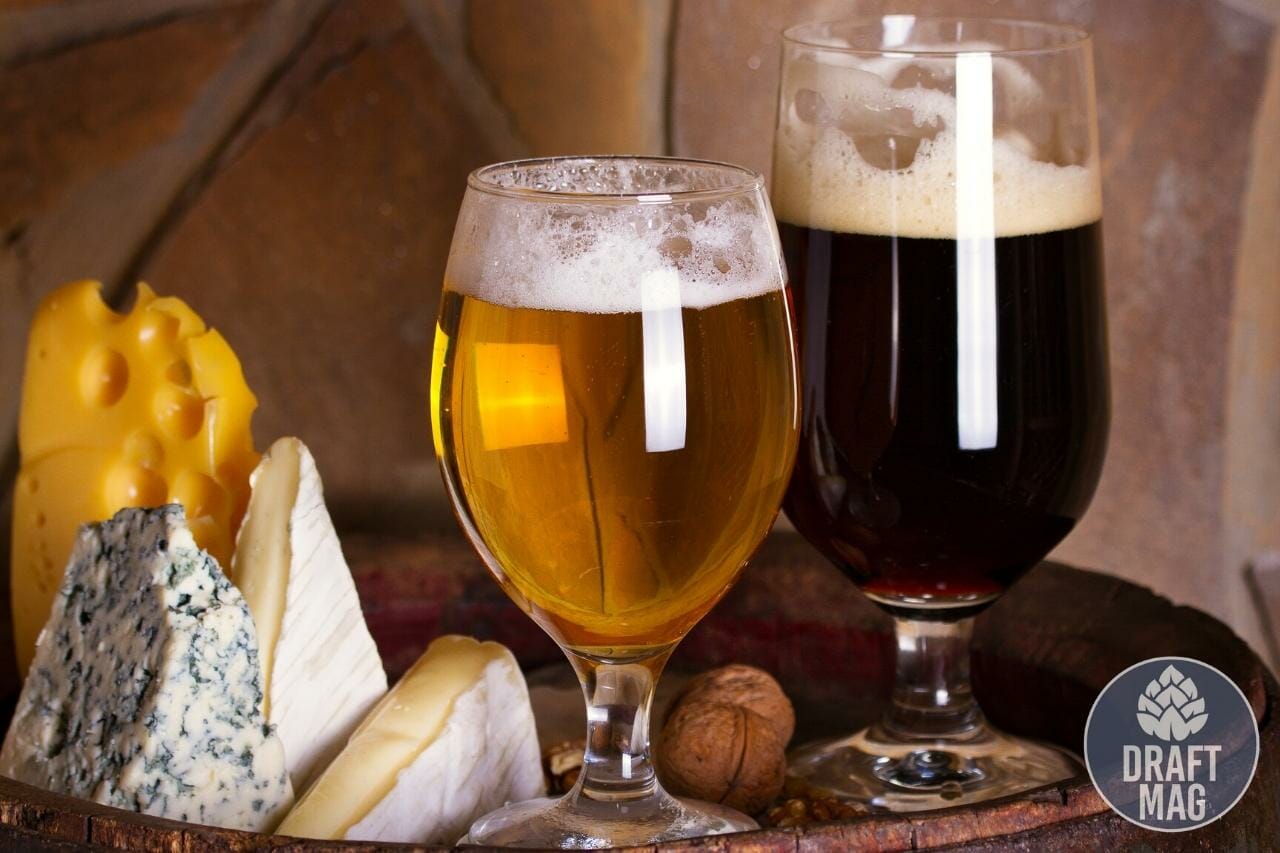 Evidently, in this Modelo vs. Negra review, these two Mexican beers are similar but have many differences in style and flavor.

The main difference is that the Modelo is a pale lager while the Negra is a Munich Dunkel Lager.

If you’re looking for a light and crisp lager to pair with spicy food in a cookout, the Modelo beer is ideal. However, the Negra is perfect for anyone looking for a solid and dark beer.

Blue Moon Review: A Look At The Most Popular Beer in America

Stella Artois vs Heineken: Comparing Two of The Most Well-Known Beers