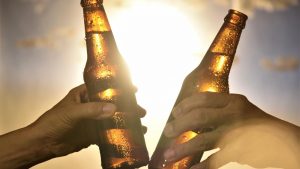 Modelo vs. Corona debates have been divisive, but they don’t have to be. One of the most common comparisons is which tastes better between Corona and Modelo beer. Although people argue for both sides, there isn’t a definite answer because good taste is subjective.

In this article, we’ll discuss all the differences experts have found between Modelo and Corona beers and how to judge which one tastes better.

Before we get into the nitty-gritty part of this review, here is a quick comparison overview of both beers and their components. Here we can see the key differences both beers have, as well as the various similarities they share.

What Is the Difference Between Modelo vs Corona?

The main difference between Modelo and Corona beer is that Modelo has a richer, fruitier flavor while Corona has a crisper, cleaner taste profile. Although there are striking similarities between the Modelo Especial and the Corona Extra beer, they are both unique in even more ways such as their nutritional components and types.

There’s no definite answer to which beer tastes better between Modelo and Corona. While many people prefer Modelo beer because of its richer and stronger taste, that isn’t enough to pick a side or make a consensus.

Because Corona Beer is also widely in demand and is one of the best-selling imported drinks in the U.S.

It all boils down to individual differences. If you’ve had both, your preferred taste in beer will determine which one you think is better for you. For example, if you don’t like beers with a strong smell when you drink, you’d be better off drinking Corona beer, but if your preference is a strong, fuller taste, you should probably go with Modelo.

Modelo beer has a solid and richer flavor that leaves a lasting taste in your mouth after downing a pint or a bottle. It also has a fruity composition and a slight hint of herbs to give it that exceptional taste.

On the other hand, Corona beer has a unique, crisp taste and aroma that makes it stand out from other beers.

Corona beer alcohol content, on the other hand, is only slightly lower than that of Modelo. The most common type of Corona, Corona Extra, has an alcohol content of 4.5 percent.

The Modelo and Corona beers are considered low-alcohol drinks and hence good for your health when taken in moderate quantities. First of all, the main ingredients in both beers, barley malts, hops, water and non-malted cereals, are used to reduce the cholesterol and carbohydrates in these drinks.

With that being said, these beers are relatively safe for your heart and do not increase the risk of obesity or other issues associated with unhealthy beers. In addition, both Modelo and Corona contain vitamin B6, which reduces the risk of heart disease. Despite this, it is always a good idea to drink alcohol in moderation.

Modelo, however, is not gluten-free but considered friendly for vegans since its ingredients are wholly plant-based. Corona beer is also a healthy beer in that regard, thanks to its plant-based ingredients.

Corona beer contains gluten and ingredients made up of barley malt, water, hops and non-malted cereals, making it a healthy and excellent choice for drinkers, including vegans. It also has nutritional content of 4.8 – 13.9g of carbs and about 0.8 – 1.2g of protein. This beer contains 99 – 148 calories and alcohol content between 3.4 – 4.8 percent.

Although Modelo and Corona beers are the most famous Mexican beers, both drinks have several alternatives. If you’ve had too much Modelo beer and want to try other options, here are some similar beers you can drink instead of it:

There are other beers like Corona that you can also try.

Some alternatives to drinking Corona beer are:

All of the beers mentioned above are Mexican beers which you can drink instead of Corona or Modelo. If you want something entirely different, you can also spice things up with some German beers such as Kölsch, Pilsner, Dunkel or Berliner Weisse.

What Is Modelo Beer Best For?

Modelo Especial is best for those who are looking for beers with hints of honey, maize and malt with a refreshing, delicate and crisp taste. This makes it one of the best-selling imported beers ever. All Modelo beers have a rich, robust aroma and flavor that leaves a lasting taste in your mouth after every sip.

Pros and Cons of Modelo Beer

Aside from being the second best-selling international drink in the U.S., Modelo beer is known for its rich taste. It’s a favorite among native and foreign drinkers because its fuller taste sets it apart from other Mexican beers.

Although there is a faceoff between Corona and Modelo, both beers have the same manufacturer. Modelo might be a trendy beer among American drinkers, but the beer has its origin in Mexico City, where the Cerveceria/Modelo Grupo company brews it. The same company also brews the popular Corona beer, but the two beers are very distinct.

What Is Corona Beer Best For?

Corona beer is best for those who are looking for a beer with a clean aroma. Its versatility is a bonus because the Corona beer is an excellent choice among expert bartenders when it comes to making the much-loved Margarita and Michelada drinks.

Pros and Cons of Corona Beer

Corona beer is the best-selling imported beer in the United States and other countries and is well known for its crisp, clean taste and refreshing flavor. It is a favorite summertime drink and an excellent choice for both heavy and light drinkers.

Corona beer is a pale lager beer, and it is one of the most popular imported beers in the US. Like we mentioned earlier, the Cerveceria Modelo Grupo company also produces it.

The most common Corona beer in circulation is the Corona Extra with active ingredients like yeast, hops, barley malts, corn and so on. There’s also the Corona Light, which contains fewer calories than Corona Extra. 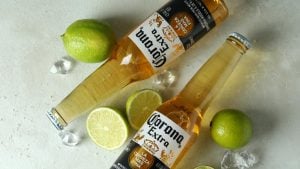 Other variants include the Corona Familiar and the more recent Corona Premier. Most Corona beers are sold in bottles, although some are now available in cans. It has an unmistakable, clear taste that you can pair easily with any food without it tasting weird.

Here is a list of its pros and cons: 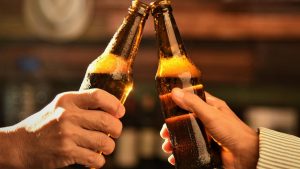 Since individual preferences differ, there is no definite response to whether Modelo tastes better than Corona beer.

Let’s go through the factors we have discussed in the article above to summarize the key points about both beers:

From the points highlighted above, it’s clear that there is a lot of difference between Modelo and Corona beer. You can go for Modelo’s rich taste or Corona’s crisp taste; either way, you’re in for a treat.