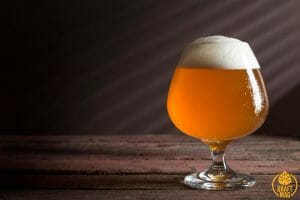 Filtered vs Unfiltered beer is a comparison that most beer enthusiasts are usually not privy to. However, most of us are familiar with clear and murky beer and undoubtedly have our own preferences towards them.

In this complete guide, our expert will cover the main differences between the two types and will hopefully try to answer any questions that may pop up in your mind.

What Is Filtered Beer Best For?

Filtered beer is best for those who want a fresh, light, and less caloric beer that is free from any leftover sediments. In the case of a filtered beer, whether ale or a lager, the remaining sediments from the fermentation process are removed through a filtration process just before bottling.

Most mass-produced beers are filtered beers where the filtration process is done mechanically.

There are different methods of filtering beer, and often they decide the final characteristic, including the appearance and flavor.

Surface filtration of beer can be done in two ways – nominal with a minimal depth capacity or absolute filtration. The process employs a thin membrane either on its own or covered with a polyethersulfone or a polypropylene layer. This membrane helps trap particles in its pores within the filter medium.

In the case of the depth filtration technique, the depth structure of the filter medium is responsible for the removal of particles within the beer. There are two ways this happens. In the first method, the particles are absorbed on the surface of the internal pores contained within the medium of filtration.

In the second method, the particles are trapped mechanically. Furthermore, there are two types of filtration medium, a fine powder made of a substance like diatomaceous earth or even pre-made filtering sheets. For a powder filtration medium, the substance is introduced and re-circulated within the beer past screens to ultimately form a filtration bed.

Another uncommon method of filtering beer includes the cold filtering technique. Here, all the organic matter and proteins within a beer clump together with their exposure to lower temperatures. This makes the sediment easier to remove.

The filtration technique used ultimately determines the style of beer to be produced. Rougher filters often lend the beer unique characteristics. For example, a rough filtered beer may have some murkiness, but that will still be far lesser compared to unfiltered beers. Filtration of beers, irrespective of the filtration process employed, stops any further conditioning of beer, rendering it stable produce.

For beer lovers looking for a fresher, lighter, and less caloric drink, filtered beer may be the best option. Many patrons are also partial to the clear taste that a well-filtered beer offers, not to mention the attraction many have towards the slightly translucent golden brew.

What Is Unfiltered Beer Best For?

Unfiltered beer is best for those who are looking for a sublime beer experience with flavors and aroma. As per world-famous breweries, unfiltered beer is less clear and murkier than filtered beer as it does not undergo an extra filtration step before bottling.

There is a strange misconception about unfiltered beer that it is dirty or unfinished. However, there is no truth to such rumors. Even though filtered beers taste cleaner and are substantially more refreshing, they tend to miss out on more complex traits like a distinct flavor or aroma of an unfiltered beer.

For many years, the common belief was that the crystal-clear body of filtered beers made them a superior product. Not only were they considered a higher-grade product, but the brewery in charge of brewing filtered beer was also considered a much more professional and proficient brewery.

However, the trend is shifting these days with more and more breweries opting to eschew the filtration process altogether in favor of a brew that has substantially more character.

Many health-conscious people often wonder, “Is unfiltered beer bad for you?” However, nutritionists consider unfiltered beer to be food instead of a drink as it is considered a rich source of nutrition. Unfiltered craft beer has several health benefits when consumed in moderation. Some of them include:

On the other hand, a distinct lack of proteins and yeast in filtered beer reduces the overall nutritional value. Drinking only filtered beer would deprive you of the vitamins and minerals unfiltered beer contains.

Some brewers consider unfiltered beer to taste better than filtered beer. Since unfiltered beer retains the raw compounds from the brewing process, including remnants of ingredients like hops, barley, and even yeast, it carries a strong and distinct aroma and flavor.

Moreover, the presence of yeast and microbes means that unfiltered beer keeps processing even after bottling, lending them a deeper texture and flavor.

– What Is the Difference Between Filtered and Unfiltered Stella?

Unfiltered Stella beer did not go through the removal of hops or yeast, on the other hand, filtered Stella underwent complex filtration processes which remove remaining hops and unwanted yeast.

– Why Does Beer Need To Be Filtered?

Many brewers prefer to filter their beer before bottling as filtering removes the leftover hop and yeast sediments from the beer. However, filtering a beer is not always important. For anyone concerned about cloudy beer, beer finings can help clear the body of even an unfiltered beer.

Many people generally prefer that all solids are removed from the bottled alcohol so that it maintains a pristine look and feel. That is why alcoholic beverages like beer and wine are treated to a process of filtration prior to final bottling.

Another reason why many prefer filtered alcohol is that it removes all the microorganisms from the final brew, including the yeast, that is required for the brewing process.

As we have tried to highlight, filtered and unfiltered beers have distinct differences despite being versions of basically the same beverage with similar ingredients. Here is a quick round-up of this guide:

No matter which beer you can find, beer connoisseurs will undoubtedly enjoy a mug of their golden-hued favorite beverage.