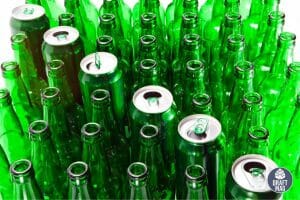 The whole beer cans vs bottles conundrum has been a continual discourse ever since beer in its current form became available throughout the world. There are pros and cons at both ends and your choice depends on several variables. In this complete guide, our experts take a good look at the various aspects of beer in cans vs in bottles and help you make an informed judgment.

What Are the Differences Between Beer Cans and Beer Bottles?

The main difference between beer cans and bottles comes down to the material: while beer glass has its benefits, when it comes to storing and dispensing beer, metal beer cans are your best bet. This mainly comes down to higher portability and better preservation of flavor.

What Are Beer Cans Best For?

Beer cans are best for those who want to have more portability in their beer containers. Aside from being easier to carry around, beer cans also do not alter the flavor of the beverage inside, and the beer stays fresher inside cans as well.

– Beer Flavor Is Not Altered

It’s a common misconception that beer tastes significantly better straight out of a bottle. Several blind taste tests have proved this to be nothing more than an illusion as there is hardly a consistent difference between a beer that is canned vis-à-vis beer that has been bottled instead.

A 2016 test conducted with around 150 beer aficionados conclusively proved that the differences were all made up with an evenly split voting result after a blind taste. However, if you ever feel the flavor of canned beer is metallic or tinny, it is hardly ever the can’s fault. The off flavor of the beer likely stemmed from a fault during the brewing process like improper ingredient storage or water chemistry issues.

All beer cans are mandatorily lined with a protective coating that preserves the quality and flavor of the beer. Also, it is worth noting that the best practice of drinking beer in beer cans is never to drink them directly. Instead, you should always first pour it into a glass and then proceed to enjoy your beverage.

There are several reasons behind the lower environmental impact that beer cans have. First, research suggests that while only 26.4 percent of recycled glass is reused, aluminum numbers are substantially higher at 54.9 percent. This means that most communities have a comparatively more robust aluminum deposit and recycling program than they do for glass. 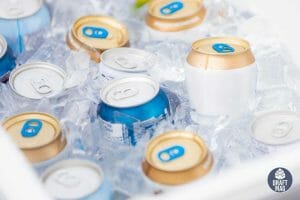 Anyone that has ever picked up a six-pack of beer knows it — bottles are way heavier and more fragile than cans. While an average six-pack of cans weighs around 5 pounds, the same six-pack of bottles weighs north of around 7 pounds.

While on the surface this may seem like a small difference, think about large quantities being shipped and hauled around. It will also be considerably less fun to bear the burden of beer bottles while hiking several miles toward your picnic spot.

Beer does not fare well if exposed to ultraviolet light for longer periods. It leads to an unpleasant smell and flavor in the beer due to oxidation. And while glass bottles that fashion amber or brown glass do block out a significant amount of UV light, clear and green bottles are far less effective. Overall, glass bottles fail to block out harmful UV, potentially causing distasteful notes in beers.

Beer cans, on the other hand, have two distinct advantages here. First, the canning process creates a more airtight container as compared to bottling. The total seal prevents any further oxidation that can alter its flavor. In contrast, most beer bottles keep letting in tiny amounts of air, which has the potential to add up over time and cause oxidation in the beer. While this might be desirable in the case of some beers like a traditional Belgian ale, it is not recommended in the case of most beers.

Secondly, aluminum cans are completely opaque and do not let in any UV light whatsoever. This means they better retain the original and intended flavors as any UV-induced oxidation is eliminated.

On January 24, 1935, the first beer can was officially sold by the Gottfried Krueger Brewing Co. This was a result of their two year long collaborations with the American Can Co. as a part of their effort to create a proper packaging for beer in the canned form and was obtained after many ordeals and several rounds of trials across the nation. At a time when even beer has rapidly embraced the beer can over the past few years, the American brewing community still comes together to celebrate “National Beer Can Appreciation Day” every year on January 24.

Since the popularity of beer cans has moved past major pilsners, you see a proliferation of different cans across beer aisles. Such is the popularity that many breweries are considering switching to a can-only business model, and this is hardly without its reasons.

What Are Beer Bottles Best For?

Beer bottles are best for those who want aesthetically pleasing beers in containers that are BPA-free. While beer cans do have their benefits, bottles aren’t too far behind. Let’s look at some of their common advantages here.

All cans of beer look alike; all bottles do not. Cans are aimed at being cheaper, more efficient, and more regular, unlike beer bottles that can feature several distinctive shapes, styles, and designs. They can also be sealed using a lot of different cork or cap types, further enhancing the aesthetic quality.

Whether it’s large global breweries or craft beer manufacturers, using beer bottles allows them to create their brand-specific design and language. And even though cans can feature distinct labels, from a distance, they are just that — cans.

This is one of the main reasons bottled beer is perceived to be better and of higher quality than canned beer.

Cans are a relatively new packaging technology when considering the history of commercial beer brewing. And even though a significant number of breweries have adopted canning due to its portability benefits, those that strive to maintain their authenticity still go for bottling as well. If you are a brewer, bottling your brew will lend it an aura of originality that cans simply cannot replicate.

All beer cans are coated with a synthetic substance called Bisphenol A, or BPA, to prevent the metal from impacting its flavor and aroma. And although BPA is an odorless and flavorless substance, it can still have harmful effects. Most studies have shown the disruption of biological processes, including the nervous and the reproductive system, to be a possible aftereffect of the synthetic chemical.

Since BPA could easily get into the beverage from the can lining, the risks can be real. This is not the case with glass bottles, as they do not need any special lining or coating.

Since aluminum is a better conductor of heat than glass, cans can cool beer significantly faster than glass bottles. The flip side to this is also true. Canned beer gets warmer faster once opened as compared to beer in glass bottles. If you are someone that gets put off by warm beer, bottles are your best bet.

Even though it’s a speculation that cans can alter the beer taste, nothing concrete has been proven yet. However, bottling beer eliminates the chances of aluminum impacting the brew’s flavor altogether and is a safer bet to preserve the flavors.

And while UV light can get inside certain light-colored glass bottles, having dark glass eliminates the chances of light entering the beer and changing its taste. Bottles are still a worthy choice when it comes to preserving the freshness, aroma, and flavor of the beer.

As the article showcases, bottling beer and canning beers have their merits and demerits. The main difference stems from the material used for these two very distinct packaging processes. While aluminum cans are significantly lighter and stronger, glass bottles can be heavier and more brittle. 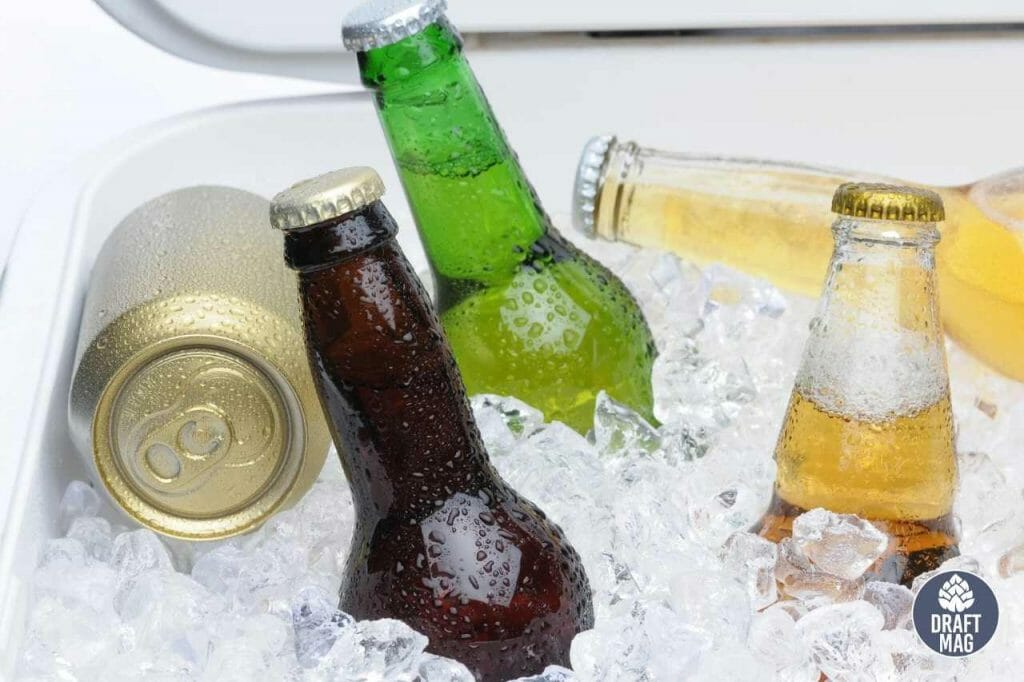 So if you are worried about the logistics and looking for hassle-free transport of beer, cans are your best choice. If, however, you prefer the traditional approach and consider aesthetics to be more important than mass-produced practical solutions, you should go for bottled beers. Ultimately though, it hardly matters in most cases as scores of beer lovers around the world can attest to both. Most would even tell you that as long as they get their beer, it doesn’t matter where it’s contained!