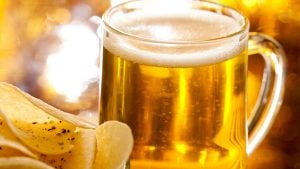 Lager vs amber are two different beer styles and their differences mostly relate to their colors, their flavors, and even the way their fermentation process takes place. If you are new to the world of beer and you want to have a point of comparison between these two before you try them, then our article is for you!

We’re going to give detailed explanations about each beer, along with a deep dive into their differences. Go ahead and keep reading our comparative article to find all of this out.

What Is the Difference Between Lager and Amber Beer?

The main difference between Lager vs Amber beer is the flavor; Lagers taste stronger than Ambers and that is something to note for any aspiring beer enthusiast. Moreover, they also differ in color, alcohol content, brewing time and fermentation. Thus, they have more differences than similarities.

Lager and amber are both beers with distinct alcoholic content, taste, brewing process, and even flavor. Whereas amber is a form of ale, beer is categorized into ale and lager.

The main difference between lager beer and amber beer is the process of fermentation. Whereas ambers are produced through top-fermenting yeasts, lagers are made from bottom-fermenting yeast.

The lager brewing process takes a longer time and occurs at low temperatures, usually less than 55 degrees Fahrenheit, to support fermentation. This results in lager beers with finer flavor than amber ales.

American amber ales range in color, a factor that also differentiates it from lagers. The beers, unlike lagers, are transparent in color.

Although pale ales and ambers were traditionally synonymous with each other, ambers got their unique place in the 20th century.

Lagers and amber beers also differ in flavor and taste. Lager beer taste is stronger and more aromatic than that of amber beers. The color of amber ale beer is darker than the color of lagers, which is often paler.

Furthermore, amber beers are rich in colored malt, giving them a distinct tone. Unlike the lager beer’s light and more mute color, the amber lager is brighter-colored.

Lager is a type of beer with a distinguishable taste and manufacturing process from that of amber beer. This type of beer is conditioned at a low temperature and ranges in color from dark to pale hues.

Furthermore, the bottom-fermenting of yeasts is the process used to make lager beers. Manufacturing industries produce lager beers at low temperatures (ranging from 35 to 55 Fahrenheit), and the beer takes longer to process because it requires lots of brewing time.

The slow process of fermentation results in a more stable beer you can store for longer periods than ales. The yeast used in fermentation has a low presence in the finished lager beer.

With the low alcohol content, lagers are perfect launching pads for new drinkers as a gateway beverage. The beer also has a distinct taste – light and a bit malty.

The taste of lager beer is more consistent, crispier, and cleaner, but not sophisticated. Well-made lagers present even better and stronger aroma, flavor, and taste with malt flavors and hops. Even if you’re fond of other types of beers, you’re likely to enjoy drinking lager beers due to their consistency in flavor.

Amber is another type of beer and one of the oldest drinks worldwide that’s also known as ale. Amber ale taste is different from lager beer taste because it’s made using a different manufacturing process.

Furthermore, the process of fermenting amber ale is the main differentiator between the two beer types. Amber is produced through the fermenting from the top of yeasts process. 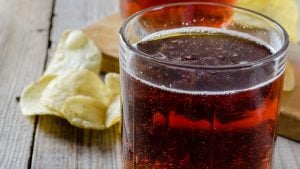 Amber beer has high alcohol content, meaning you’re more likely to get drunk from drinking this type of beer. Moreover, amber has no vivid color, making it easy to differentiate lagers from ambers. Unlike lagers, ambers are more transparent or clear in color.

Amber ale taste is also distinct, differing from that of lagers. Also categorized as light beers, amber ale lacks a strong aroma, flavor, or taste as is the case with lagers.

Apart from sharing the ingredients used to make lagers, ambers use additional ingredients, such as colored malt to impart a distinct tone in the beverage.

With a long history dating back many years, amber beer or “pale ale” was first produced in 1703 – high carbon coke and malts were the main ingredients used to produce beer during that time. As a result, the beer developed a lighter color than other beers produced during that time in history.

The sessionable style of craft beer presents both hops and malt, and that’s the reason behind their medium body and the fact that they have a toasty flavor or caramel-like character with hints of malt. The lagers also present hop bitterness ranging from medium-high to low taste.

Some amber ale brewers use dry-hopping and decoction mash to attain advanced flavors. The dark lagers are clean with the bold purity of a pale lager. A good example is Pilsner, an alcoholic drink popular for its rich, dense maltiness as in German beers.

Amber beers are produced through traditional brewing techniques, such as a decoction mash and a cool fermentation period then cold storage in cellars or caves. Interestingly enough, amber ales are often unappreciated and difficult to brew.

However, they strike a perfect yet delicate balance between flavor and taste despite their dark color. Moreover, the beers are popular among seasoned consumers.

Examples of amber ale include:

What Is an Ale?

A top-fermenting yeast process is used to produce ales at mid-range room temperatures. As a result, ales are stored under a temperature range of 60 to 75 Fahrenheit during the phase of fermentation.

With the fermentation temperature and type of yeast in use, ales develop a spicier and fruitier flavor than lagers. This makes ales more sophisticated and robust than lagers.

Moreover, examples of ales include:

What is Pale Ale?

Pale ales, unlike IPAs, contain a lower alcohol content level, along with being hoppy.

Examples of the medium-bodied, malty beers that are easy to drink include:

You may have noticed that amber ales are considered to be a subcategory of pale ales. However, you will notice that there is nothing particularly “pale” about them. They have a deep amber and caramel-y color, as you will gather from the section below. 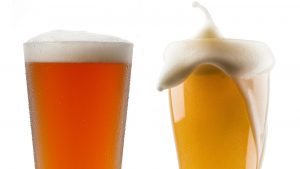 Whether your favorite beer is an amber ale or lager beer that you drink at family gatherings or special occasions, it’s worth comparing lager versus amber to successfully differentiate the two beers.

A summary of this lager vs amber comparison includes these key points:

At the end of the day, the better beer depends on your personal taste and preference, or whatever you crave at any moment. Any beer is good, amber or lager, as long as it tastes great without having any funny undertones that end up giving an unpleasant aftertaste.