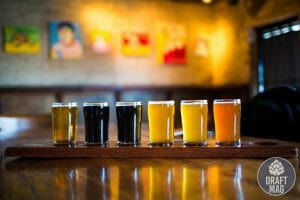 Sessions beers are different from the parent IPA since they are lower on the alcohol level, which is very rare for most ale or India Pale ale beers. To know more about their similarities and differences, read the article below.

What Is the Difference Between Sessions IPA and an IPA?

The main difference between Sessions IPA and other IPAs is that Sessions IPA is always on the milder side, which is not true for IPAs. IPA beers have strong alcoholic and bitter taste. Whereas Sessions IPAs are low on the alcohol level, hence it is an easy alcoholic drink.

What Is a Sessions IPA Best Used For?

The Sessions IPA craft beer is best used for light drinking. This beer is strongly mild but still has all the other characteristics of India Pale Ale. Thus, it can also be used with various foods. You can also infuse it with some culinary recipes to get more variety.

This beer pairs well with seafood like lightly grilled white fish, calamari, shrimps, crabs, etc. because these foods would brighten up the flavor of the beer.

In addition, you can also pair them with hot and spicy food like Asian dishes. The freshness of the Session beer clears the palate and cuts down on the intense spiciness of the food.

If you want to have an outdoor party, you can pair this beer with things like roasted and grilled barbecued food like burgers or meat options like lamb, pork, or beef.

Sessions IPA is quite different from West Coast IPA, American, East Coast style IPA, or the rest of the classic IPA beers. Session beers are generally milder, fruity, and have aromatic flavors. They are neither very hard on the palette nor very aggressive on the taste notes.

They find a perfect balance of subtle aromatic tastes and bitter hop flavors. They also use a variety of hops like most IPAs, but the usage is not overpowering. Hence it does not mask the other tastes of this beer.

Since this is a light ale, many new-age brewers have made multiple different craft beers and experimented on them.

You can clearly smell the alcohol and hops used in this beer. However, the smell is not very strong and does not hit the nose aggressively. This mild alcohol smell lets various aromatic hops smells shine and show form. It is common among Session ales to have a spicy, fruity, or aromatic fragrance from the different kinds of hops used in these beers.

Beer lovers debate that the name came from its story of origin. During a period of the alcohol ban in the UK, there were only specific slots and sessions where people were allowed to drink during the evenings, hence the name Session IPA. But which of these justifications is closer to the truth is still up for debate within the zythophiles community.

But other beer lovers have a different justification; they say that the Sessions IPA is also hop-forward like other IPAs, but low on alcohol, making it a very easy drink. This is where another origin story for its name comes in. Many zythophiles have insisted that since Session beer is so low on alcohol, multiple of these can be drunk within one session, hence the origin of the name. This has led to another debate that many beers (even if not IPAs), which are easy to drink, can be called Session beers.

– Session IPAs You Must Try

Here is a two of Session IPA craft beers you must try:

What Is an IPA Best Used For? 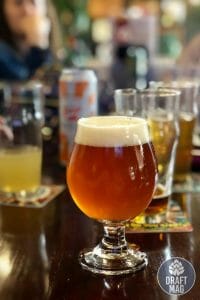 IPA are best used for its stronger side and has a hop-forward and strong alcoholic taste, they must be carefully paired. The many taste layers and aromas of IPAs make them an excellent fit for party food and other culinary recipes.

Check out some of the best options.

Oily fish and meat work well with this beer. Since most IPAs are thick and heavy, the oil content of the meat or fish strikes a balance and makes the beer-drinking experience wholesome. In addition, since burgers are greasy in nature, they pair well with IPA beers.

Since this beer’s flavors are so strong, you can also pair it with citrus desserts like lemon tart, orange cakes, lemon pies, etc.

The most dominating flavor in any IPA beer category is hop. The origin of IPAs was based on extra hop usage. So no matter the type of the IPA, the variety of hops used in this beer can be distinctly tasted.

The taste of alcohol is also quite strong to cut down on some of the bitterness of the hops used. But the variety of hop usage also leaves a lot of room for other flavors like fruity, spicy, earthen, and more.

The smell of hops and alcohol in a classic IPA is very strong. Due to the variety of hops used in the brewing process, these beers have various aromas like fruity, spicy, and earthen. The aroma of hops generally hits very hard on the nose, and so does the smell of alcohol. This makes IPAs a very strong and slow-drinking beer compared to other beers like light lagers.

The IPA beer was first discovered based on the original pale ale recipe. The English travelers and traders wanted to transport beer from England to India. But the long journey on sea sometimes spoiled the beer and altered its taste. To find a viable preservative, some brewers used extra hops as a natural preservative method. This is where the name and new type of beer, India Pale Ale or IPA, originated and made its mark in the beer market.

– IPAs You Must Try

Here are a few IPA beers you can try to understand these beers better.

– How Many Types of IPA Beers Are There?

Sessions IPA and IPA is an ongoing debate that beer advocates have yet to conclude. But as we found out in this article, the main difference between them is that the Session IPA is much lighter than other classic IPA beers. 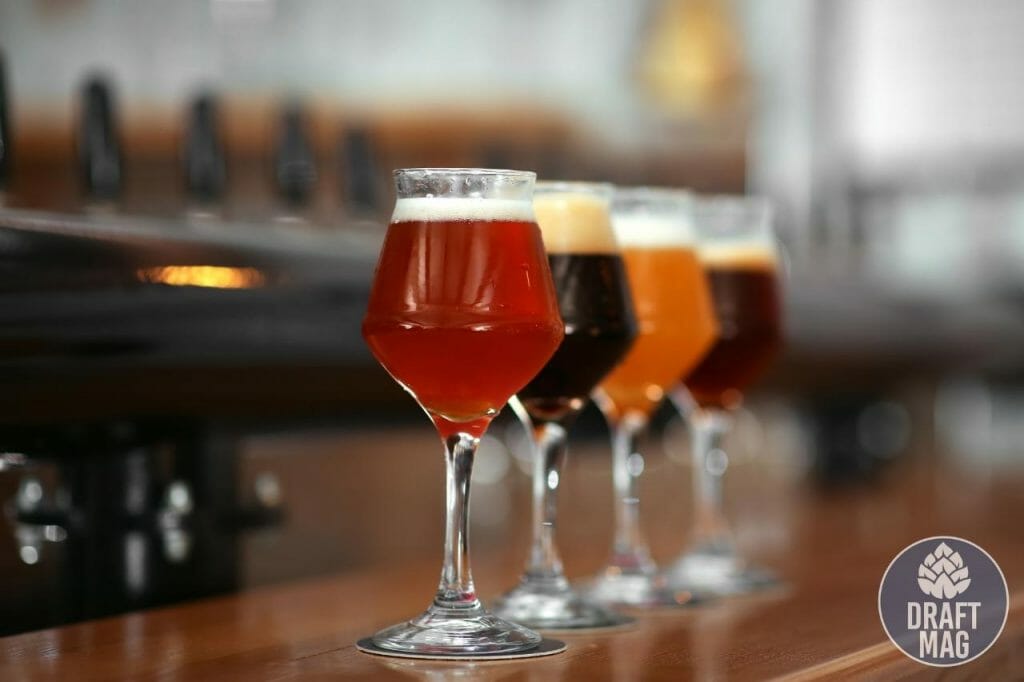 Therefore, if you want to get the feeling of an IPA beer yet not indulge in a heavy alcoholic beer, a Session beer is the best bet for you. However, if you are looking for a strong drink high on the bitterness quotient, IPAs should be an obvious choice. However, before you form an opinion about any of them, it is advisable to try out a few of them before you decide which is best for your palette.