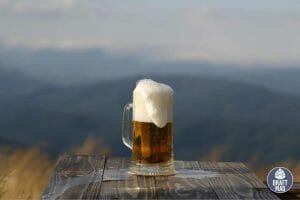 Stout vs porter beer is a comparison that has stumped even the most seasoned beer connoisseur. Both beers have similar looks and are well known to be mostly the same thing. Not to worry; we are here to clarify the differences for you, however subtle they may be. Read this complete guide to know more about the differences and what makes them great.

What Are the Differences Between Stout and Porter Beer?

Stout beer is best for those who want a top-fermented beer that is dark in appearance and has an espresso, roasted, almost burnt flavor. There are quite a few variations of stout beer, including an imperial stout, milk stout, oatmeal stout, and dry stout.

The name “stout” was assigned to the stronger porter beers typically containing 7-8 percent ABV. Even though they were originally termed as “stout porters,” the suffix was dropped later as stout gained its own identity and worldwide popularity.

Stout beer poured into glasses should be typically opaque. However, when light does shine through it, a clear profile should be visible across the glass. The head of the stout beer is usually tan or brown.

Before you taste the brew, you should detect aromatic notes of molasses, licorice, chocolate, and coffee. However, hops would be conspicuous in their absence. Your first sip would reveal a flavor profile that aligns with the aroma — rich, full, creamy, and silky. Good stouts rarely taste watery.

Here are some common stout flavors and what they taste like.

It is a sweeter stout that mimics the flavor and, at times, even the appearance of a dessert. The breweries that brew pastry stout often play with flavors like fruits, vanilla, maple syrup, marshmallow, and chocolate. The aim is to create a final brew with the aroma and flavor of popular sweet items.

This originated as a strong and dark version of the original stout beer that was brewed explicitly for the Russian royalty, hence imparting the moniker “Imperial.” They are usually among the darkest and strongest types of stout, with an ABV value above 9 percent. Today, it has found high popularity among American craft breweries.

This variety is brewed using a malt that is often darker and more aromatic called the chocolate malt. It is obtained by roasting or kilning malt until it has acquired the signature dark chocolate-like color. To justify the name, some chocolate stouts are indeed brewed with cacao nibs, chocolate flavoring, or even small amounts of chocolate.

It is a novelty brew created by blending oyster concentrate with stout beer first conceived in New Zealand. This was a nod to its origins when oysters were served commonly at taverns and public houses all around England during the early days of Stout. Since then, the popularity of Oyster stout has gone beyond the borders of New Zealand.

We get this drink when a proportion of Oats is added to the stout recipe during the brewing process. In some cases, oats form almost 30 percent of the brew, even though it creates a bitter and astringent flavor profile. And despite the bitter flavor, these stouts have unique smoothness owing to the presence of gums, lipids, and proteins derived from the oats.

These Irish stouts were brewed in contrast to the sweet milk stout popular across the UK and the USA. They were drier in taste as they lacked the oatmeal or lactose added to most milk stouts. Some of the best-selling stouts in the world are dry stouts made by Guinness in Ireland.

Also known as cream stout or sweet stout, this variant contains a milk sugar called lactose, imparting its signature sweet flavor. And even though its popularity dipped in the later part of the 20th century, it was revived by craft brewers in the 21st century to bring it back to the common discourse of beer lovers.

Stout beer can be enjoyed best with a wide range of dishes, including common beer accompaniments such as braised dishes, rich stews, oysters, salty fare, grilled/ barbecued food, and smoked and roasted food. Some uncommon food pairings include chocolate and desserts, although it is recommended that the beer should be sweeter than whatever you are pairing it with.

Stout traces its origins back to England in the 1720s when a dark and strong craft beer was first brewed. The same brewing process was applied to black patent malt resulting in an even darker brew termed “stout” — an adjective that means strong.

In the recent century, stout has seen a considerable rise in popularity owing to the prevalence of craft and regional brewers. They are constantly introducing new forms of stout beer to cater to the new generation of beer aficionados.

What is Porter Beer Best For?

Porter beer is best for those who are looking for a beer that has a flavorful and complex character and a substantial, malty dark body. Porter beers are relatively strong with an ABV of between 4-12 percent.

A glass of poured porter is a dark brown beverage usually lighter in color and alcohol content than stouts. They often feature a wide variety of aromatic notes, including caramel, coffee, and chocolate. However, they lack the roasty, burnt flavors and qualities that are a signature of the stouts. A porter can be described as an ale with a flavorful and complex character and a substantial, malty dark body.

With porter beer branching into several nations, they developed distinct styles and identities. Some of them are listed here.

Unlike other porter types like Baltic porter, German porter was a top-fermented beer that also involved the Brettanomyces yeast for mixed fermentation. This type of yeast has been historically associated with a secondary fermentation that lends the typical flavor to porter and stout beers.

The fermentation rules set in Germany allowed the beer to be only sold in bottles containing up to 100 g/hl of salt and up to 0.45 kg/hl of caramel coloring.

The Baltic porter originated as a version of the Imperial exported from Britain during the 19th century, which was then remodeled following local brewing standards and native ingredients. Many Baltic porters that have a high alcohol content going north of 10 percent ABV were first brewed with warm fermentation and later shifted to cool fermentation.

Today, other than in Baltic countries, the Baltic porter is also brewed in other countries like Germany, Russia, and the US.

Porter started its American sojourn across states like Pennsylvania and New England in the 18th century. Rather than the standard top-fermenting process, it was brewed with the already popular lager yeasts.

Moreover, they also included several adjuncts like Porterine, molasses, and maize. Porterine was added to the lighter beer worts that helped emulate the flavors and color of a porter.

The porter of Ireland is inherently tied to the Guinness Brewery, where all other forms of beer were ousted by the 19th century. In Dublin, Porter gained fame as plain Porter or just plain, while stronger versions were known as stout porters. In the early 19th century, Irish brewers started to prefer pale malt or patent malt over the standard brown malt used elsewhere, especially in England.

Porters pair well with a wide variety of desserts, cheese, and most meat dishes. However, they can also be enjoyed on their own as they feature a medley of complex yet mild flavors. Food pairings also vary with porter types. American porters work excellent with chicken while English porters work well with baked food, gruyere cheese, or grilled meat.

Porter beer was first brewed in England in the early 1700s. The main ingredient for brewing Porter beer was the brown malt which gave it a distinct dark appearance with a well-hopped aura. This is why it is often known as a brown ale or brown porter.

With the earliest form of the Porter beer brewed in the early 1700s, it came to be known as such owing to its popularity among London porters that were responsible for delivering products to the pubs.

Guinness acquired this style of brewing and added its twist to it. They infused pale malt with a well-measured amount of black malt to produce a burnt taste and the signature dark color of the porter. Ever since it was first brewed, it has gained steady popularity on the street and river porters of London, giving it the moniker used to describe beer around the world.

As we have tried to showcase through the review, although stout and porters have tons in common, there are subtle yet apparent differences. The main difference comes down to the key ingredients used to brew each of these beers. While porters are brewed using dark malted barley that gives them a dark brown appearance, stouts are brewed using black malt or un-malted roasted barley that lends an even darker appearance. 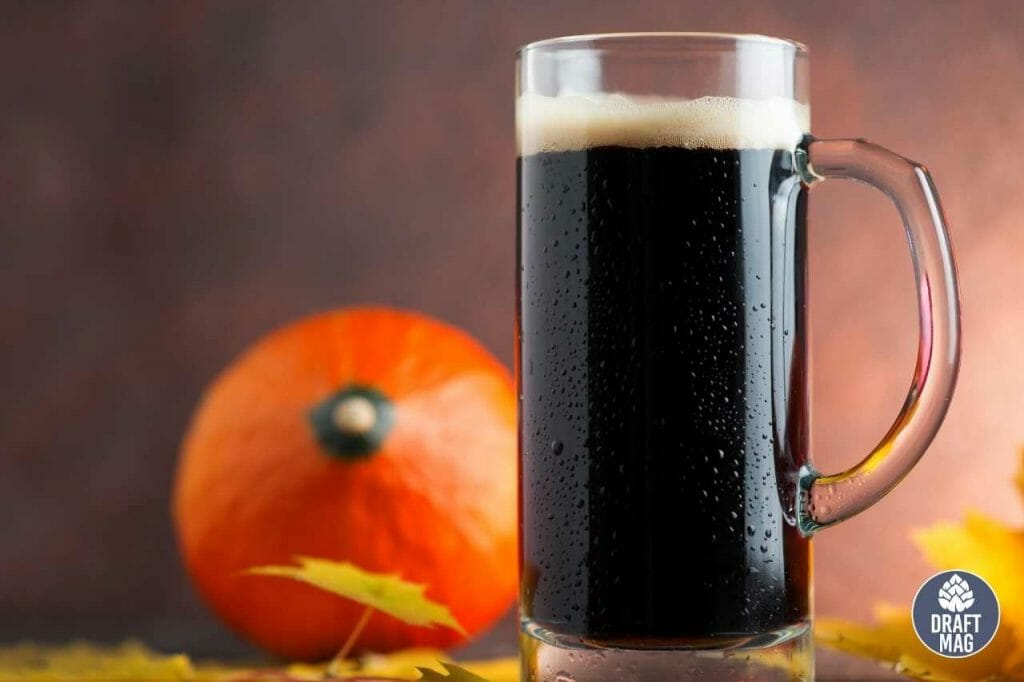 When it comes to flavor and enjoyability, both these beers are some of the finest brews you can sample. As beer lovers, we recommend that you try both of these beers and then gravitate towards the one that makes a more profound mark on you.