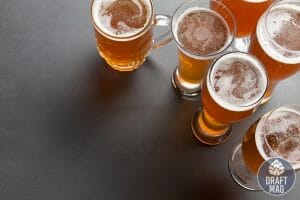 Dos Equis lager vs Amber is a long-drawn discussion between ardent beer connoisseurs. Though both these beers originate from the same Cervecería Cuauhtemoc Moctezuma brewery in Mexico, they are distinctly different.

The Dos Equis Especial lager is a classic American adjunct lager beer, while the Dos Equis Amber Especial beer is a Vienna-style lager. Read this article to learn more about their differences and similarities.

What Is the Difference Between Dos Equis Lager and Amber?

What Is Dos Equis Especial Lager Best Used For?

The Dos Equis Especial lager is best used as a lightly alcoholic beverage. On the other hand, to enjoy the true flavor of this beverage, you can pair it with different food and you can even make some culinary recipes with it.

The Dos Equis Especial lager beer can be paired well with many different food options.

This light Mexican lager beer can be paired well with all kinds of spicy Mexican food like steaks, burgers, and tacos. You can also club it with spicy food like Jamaican and Asian cuisines. The light lager beer flavor washes away the spicy flavor and cleans the taste palate.

If you want to pair this beer with some light food, you can opt for some fresh cheese and nuts of various kinds. You can also pair this light lager beer with fresh seafood like white grilled fish, crabs, oysters, calamari, etc. This beer also marries well with smoked and barbecued food like roasted meat and barbecued burgers, etc.

To complete the Dos Equis Especial lager drinking experience, you can also make a cocktail recipe with this beer. Here is a quick recipe you can try.

Use citrus salt, two ounces of tequila of your choice, one and a half ounces of lime juice, one tablespoon simple syrup, or triple sec. Use one whole bottle of Dos Equis amber. Ice cubes and a dash of chili.

Add all the ingredients to a blender, except the ice and chili, and blend well. Then put the blended mix into a cocktail glass then add the ice. If you like the kick of chili, then add the extra dash of chili before you serve. Drink cold and enjoy the layered flavor of this beer.

This beer is specially made with fresh spring water from local sources and brings about new life to the classic American adjunct lager beers. It also uses the choicest of hops and malted barley to get the depth of flavor. This beer has a very crisp and clean finish and an earthen aroma. The bitterness from the hops and sweetness from the malts come together to build a very holistic beer-drinking experience.

The color of this beer is shiny golden yellow as you pour it into the pint, it leaves a small white head, and after a while when the carbonation sets off, it leaves a lace of white as well. Hence, it is a lager beer, which clarifies that it is a high carbonated beer that has a very light beer.

What Is Dos Equis Amber Especial Lager Best Used For?

The Dos Equis Amber Especial lager beer is best used as a beach party beverage. Other than that, you can also use this beer to pair it with different foods and make cocktails with it. Here are a few options to work with. 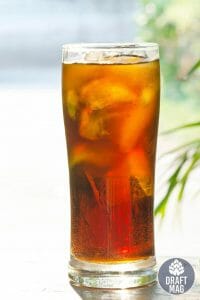 Since this is a stronger lager beer than the original Dos Equis Especial lager, it also has a lot of food pairing options.

All kinds of Mexican beach food like grilled shrimp, fried calamari, or grilled fish of all kinds. You can pair it with burgers, roasted lamb snacks, beef steaks, pork ribs, grilled chicken, and others.

This lager also goes well with spicy Asian or Jamaican food. You can also pair it with fresh cheese if you want to do a light outdoor party platter. If you want to further your Dos Amber Especial lager beer drinking experience, you can convert it into an exciting cocktail recipe and bring out its layered flavors. Try it out.

Use three ounces of any sour apple cider; it is better if it has an infused herb flavor. Use one tablespoon of freshly squeezed lime juice and one and a half ounces of tequila of your choice. Use one bottle of chilled Dos Equis Amber beer and thin apple slices. Also, keep a few ice cubes handy.

In a cocktail glass, pour the herb-infused apple cider, add the Dos Amber Especial beer, add the lime and tequila, stir and serve with the apple slices and ice cubes. Serve and drink cold.

The Amber beer is a classic Vienna-style lager and is stronger in taste and alcohol level than the beer. This beer uses specially roasted malts and has a very roasted and toasted flavor profile. This beer has a typical amber color from the caramel malts used. It also has hints of caramel flavor while bringing about a balanced bitter-sweet taste. None of the tastes or aromas are very aggressive, which makes it a very clean and crisp alcoholic beverage.

– Where Does Dos Equis Beer Originate From?

The founder of this beer, the first brewmaster, and head brewer, Wilhelm Haase, traveled all the way from Germany. He wanted to get a new variety of beer, mixing his original German brewing style and Mexican beers. Which is how he made the Cuauhtemoc Moctezuma Brewery, now owned by Heineken. Here they bring together the Mexican and German beer styles and make the most of both worlds.

– What Is the Meaning of Dos Equis?

When head brewer Wilhelm Haase started brewing this beer, it was named Siglo XX, which literally meant the 20th Century. This was a tribute to its origin and the long history behind it. Later the name was changed to Dos Equis XX, which also originates from the Roman number twenty (XX).

The main difference between Dos Equis lager vs Amber lies in their ingredients and brewing style. While the former is a classic American lager, the latter is a Vienna-style lager. 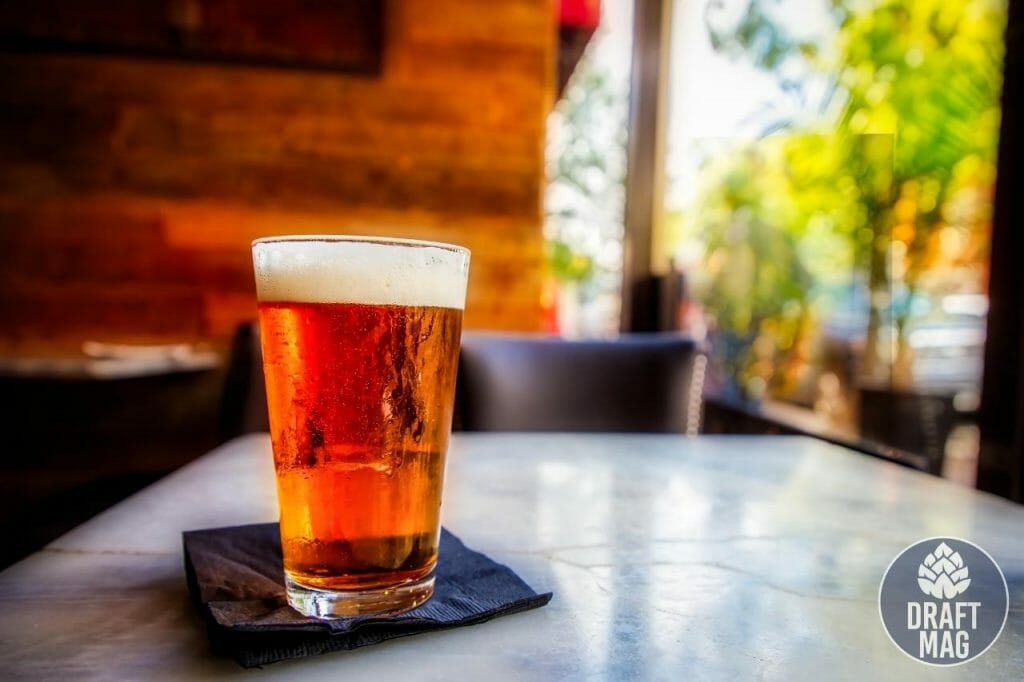 If you are a light beer lover, then the Dos Equis is a clear choice. But if you want to experiment with flavors and style, you can go for the Dos Equis Amber beer. But before you form an opinion, it is advisable to try both and decide which one fits your taste palate better.