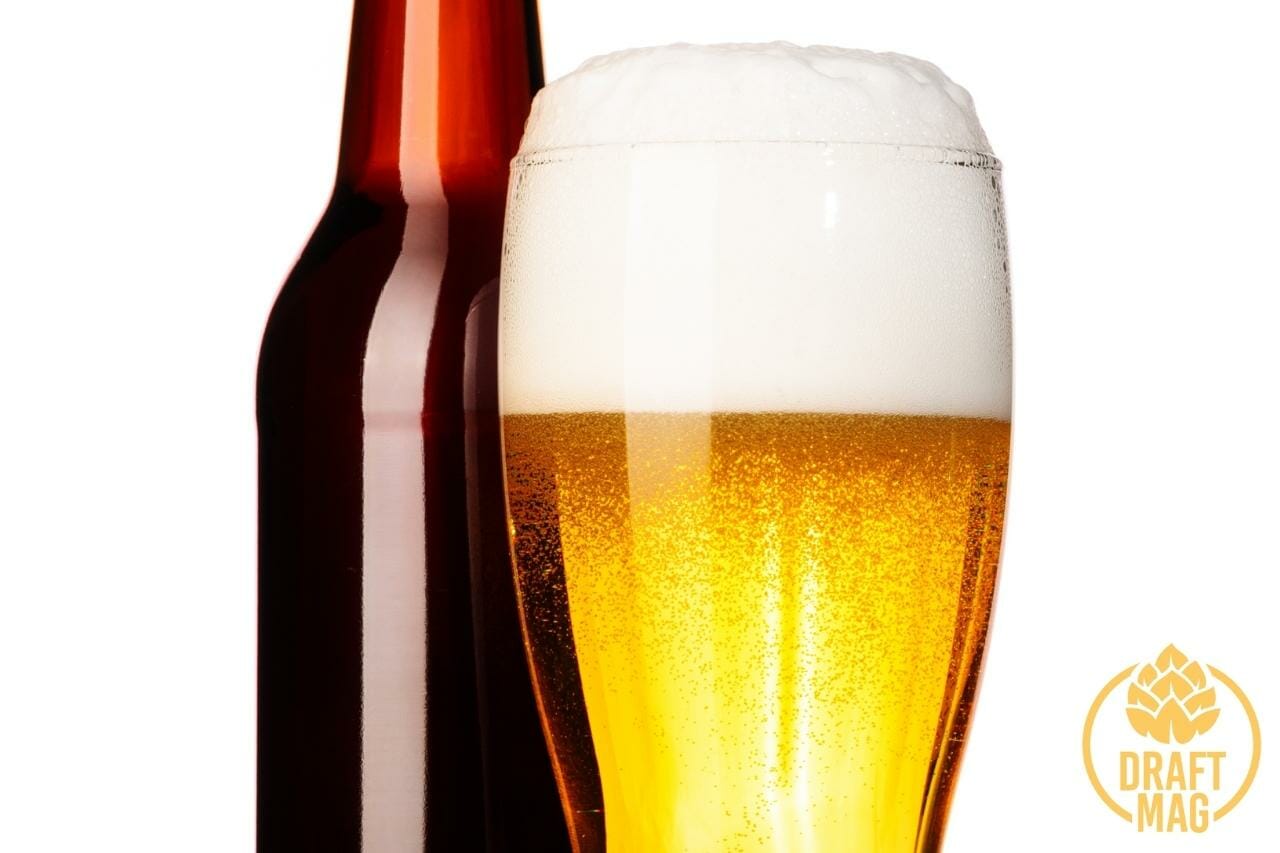 The IPA vs Lager debate is not new among beer enthusiasts, and this is because both IPAs and Lagers bring something unique to the table, and we all have different preferences in everything.

To help you choose between IPA beer or Lager, our beer experts have provided simplified insights and compared these two styles in various categories.

Here is a quick table detailing the various differences of IPAs and Lagers.

What Is the Difference Between IPA and Lager?

IPAs and Lagers use different ingredients to achieve their distinct appearance, flavors and taste. While IPAs use traditional English malts or dried grains to release sugars, Lagers often use pale or Pilsner malts. Lagers also use more of these grains.

Indian Pale Ales are brewed with higher aromatic hops than other beer types. The effect is a hoppy beer with a higher bitterness level. Many IPAs are mostly brewed with Amarillo, Fuggles, Simcoe and Goldings hop.

On the other hand, Lagers are usually beers made with fewer hops and usually include Noble hops.

The fermenting process is also a determining factor in the color difference between Lager and IPA. Lagers use bottom-fermenting yeast, which gives them a lighter, slightly hazy color. It also undergoes cold storage for a period at a lower temperature. Due to this, Lagers take a shorter time to ferment fully than IPAs.

On the other hand, IPAs use top-fermenting yeast that is brewed at a higher temperature. It leaves them with a deeper amber hue.

The deeper color shade in IPA is partly due to the higher amount of hops in the beer. The hops, when combined with malt, automatically give a darker shade. When poured, you get an amber or reddish-brown color.

Whereas Lagers are usually bright yellow or golden in color with brilliant clarity.

Another main difference between IPAs and Lagers is their alcohol content. A typical Lager averages about 5 percent ABV, whereas India Pale Ales (double and triple IPAs) can reach as high as 10 percent to 15 percent ABV.

Both styles come in many sub-categories, but Lager alcohol content is usually lower than IPA.

One of the most significant differences between Lagers and IPAs is flavor. Lagers are defined by their clean taste, which means that they lack much of an aftertaste, and most also lack an assertive hop flavor.

Conversely, IPAs are defined by their hops, with some being more bitter than others. Altogether, they all contain higher hoppy notes compared to Lagers.

IPAs are usually fermented at warmer temperatures, resulting in higher levels of alcohol. The high alcohol content can give IPAs a warming effect in your mouth. They have a noticeable bite you’ll notice when drunk.

Most Lager beers only have a hint of bitterness, making for a smoother, crisper and clean drink.

The other difference in brewing comes down to temperature. Lager beers are brewed at colder temperatures, usually around 50 to 55 degrees Fahrenheit.

Hence, they take a shorter time to brew and are suitable for winter. Meanwhile, IPAs are brewed at higher temperatures, usually around 65 to 70 degrees Fahrenheit, and are ideal for drinking all year round.

The amount of time that it takes for a beer to settle will also affect its level of carbonation. The higher a beer’s carbonation, the lighter it feels in your mouth.

On the other hand, a low-carbonation beer like an IPA will feel weightier in your mouth. Due to its high carbonation, Lagers tend to have fruity notes and a watery feel, while IPAs accentuate hop bitterness and aromas.

IPAs generally have more IBU due to the higher hops used in making them. The international bitterness Unit (IBU) measures bitterness in a brewed alcoholic beverage. As you might expect, the lower the IBU rate in an IPA, the sweeter it will be. On the other hand, the higher it is, the spicier it will be.

The IBU measurement is usually between 40 and 60 IBU for IPAs, while Lagers have a lower amount, between 20 and 40 IBU. This IBU difference simply means that IPAs typically taste more bitter than Lagers.

What Are Indian Pale Ales (IPAs) Best For?

IPA is best for those who like strong, hoppy flavors, as Indian Pale Ales are almost always more potent than other beers due to the hops used to brew them. This potency allows hop-forward beers to deliver more flavor and aroma, which is a significant reason they’ve been so popular among craft beer drinkers over recent years.

The appearance of Indian Pale Ales ranges from a deep amber color to a dark reddish-brown, usually with a creamy, off-white head. They feature a distinctive floral and citrus aroma traced to the hops used to brew the beer.

IPAs have different tastes including fruity, bitter, citrusy and hoppy depending on the brand. However, they are generally hoppy, with an intense aroma of citrus flavor.

The best way to drink an Indian Pale Ale is not like a Pilsner or Lager. We recommend drinking it cold, maybe colder than you’re used to (depending on your taste), and take your time sipping rather than just chugging it. The flavor of IPAs changes when they are warmer – if you drink yours too warm, it will feel unbalanced and won’t be nearly as enjoyable.

Whether you’re in a restaurant or drinking at home, you can pair your IPA with certain kinds of food for optimum enjoyment. For instance, rich and creamy foods like cheese are an excellent match for IPAs.

You can also pair your IPA with grilled or roasted meat. Other great IPA food pairings include fast foods like burgers, pizza and hotdogs, which go perfectly well with different kinds of fries.

If you’re looking to try some amazing IPAs, here are some quality IPAs our in-house beer experts recommend.

All Day is one of the most popular IPAs to try. It has a 4.7 percent ABV and a nice golden appearance. When drunk, you’d notice a fruity aroma and hints of piney flavors that give way to a well-rounded hoppiness and a clean, dry finish.

Brewed by the famous Samuel Adams brewery, Rebel IPA is a favorite among IPA lovers. It has an alcohol content of 6.5 percent and is a well-balanced blend of citrus and herbal flavors. This IPA is also marked by a subtle hoppiness that is just perfect.

This unfiltered IPA is great for both old and new IPA favorites. Maine’s Lunch has rich, fruity flavors that give way to a malty taste and a distinguishable bitterness. Alongside its 8 percent ABV, Maine’s Lunch IPA is noted for its attractive citrus finish.

If you’re a fan of non-alcoholic IPAs, then you’d enjoy the refreshingly smooth taste of the Free Wave. It has a 0.5 percent alcohol content and a nice fruity flavor with the right amount of hoppiness, making it a top choice for non-alcoholic beer drinkers.

One of the most popular IPAs for beer lovers who love a strong brew is Pliny the Elder. This IPA packs a whopping 8 percent ABV and has a rich taste balanced by a lingering hoppiness.

Other types of IPAs draw inspiration from the English IPA. They mainly contain citrus, green, earthy and hoppy flavors.

A strong citrus scent and hints of pine and weed characterize this type of IPA. Chinook, Cascade and Citra hops impart flavor to the brew. The IPAs must be made using crystal malt, making them less dry and bitter.

This IPA has a higher hop content than previous IPAs, which helps balance the sweetness of the alcohol with the bitterness of the malt.

These IPAs are dry-hopped and have many scents and a little bit of bitterness. The amount of hops in it is less than 5 percent.

What Are Lager Beers Best For?

Lagers are best for those who like their drinks sweet and crisp as Lagers ferment slowly and impart a crisp character similar to white wines. They use adjuncts during fermentation; these ingredients add sweetness without any off-flavors.

Many Lagers you’d find are usually light in appearance with a brilliant yellowish or golden color that’s very clear and has a clean and crisp taste. However, there are also dark Lagers with darker hues due to the high malty profile.

The fermentation process is shorter than other beer styles, which helps create that crispness. The yeast used to make Lagers tend to ferment at cooler temperatures, resulting in a rich flavor but lower levels of yeast-produced sulfur compounds.

Additionally, many craft brewers use German hops to simplify traditional Lagers. The flavor profile of Lagers is unique due to their various characteristics. In general, Lagers are crisp and have a clean finish ranging from dry to sweet, depending on what type you’re drinking. These flavors are produced because Lagers ferment at cooler temperatures than ales.

Lagers have been around for hundreds of years and have many food pairing options. They are known for their crisp, light mouthfeel paired with solid foods, but that doesn’t mean you can’t pair them with savory dishes like spicy meals or roasted chicken. As a general rule, Lagers pair best with foods that are equally as clean-tasting as they are.

It only makes sense to pair them with dishes that lack fat or creamy sauces with their characteristic dryness. For example, you may want to avoid pairing them with cheesy pizza or creamy pasta sauces because those ingredients will throw off your palate while you’re enjoying your beer.

Lagers are one of the most popular beer styles in the world. Here are the popular Lager beers we recommend for you.

Miller lite is one of the top-rated Lager beers in the world. It is the true definition of a rich malty Lager with 4.2 percent and brilliant clarity, leaving a crisp, dry finish.

Prima Pils is a strong aromatic beer with assertive flavors. It has a nice malty taste with spicy notes. This refreshing Lager by Victory Brewing has a 5.3 percent ABV and a hoppiness that’s very much present.

This beer is reputedly one of the most famous Lagers in the world. Pilsner Urquell is a Czech-style pilsner that is malty, has a nice mix of herbal flavors and aromas, and a full, elegant hoppiness that’s hard to miss. It has a low 4.4 percent ABV.

Almost every beer drinker must have had a taste of Heineken. This is easily one of the world’s most popular Lagers. It has a very light profile, a clean taste, and a dry finish. There’s also the very subdued hoppiness that makes it an easy-to-drink beer.

This Lager is a nice, refreshing beer to enjoy at any time of the day. Pivo Pils has distinguished citrus and malty notes. Its hoppiness is also assertive and lingers for a while. Pivo Pils has a 5.3 percent ABV.

Pale Lagers have a well-attenuated body and varied hop bitterness. Pilsner, Munich Helles, American light Lager and Dortmunder are among them.

They have a medium body, a malty flavor, and a low to medium bitterness from the hops. Famous examples are Oktoberfest, Rauchbier and Vienna Lager.

Dark Lagers are brewed in the German vollbier manner. They’re clear and dark in color thanks to darker malts. Examples are Munich Dunkel and Shwarzbier.

These are traditional Lagers to which unique flavors, such as smoke or spice, are added. Examples include smoke, fruit, herb and festive beers. 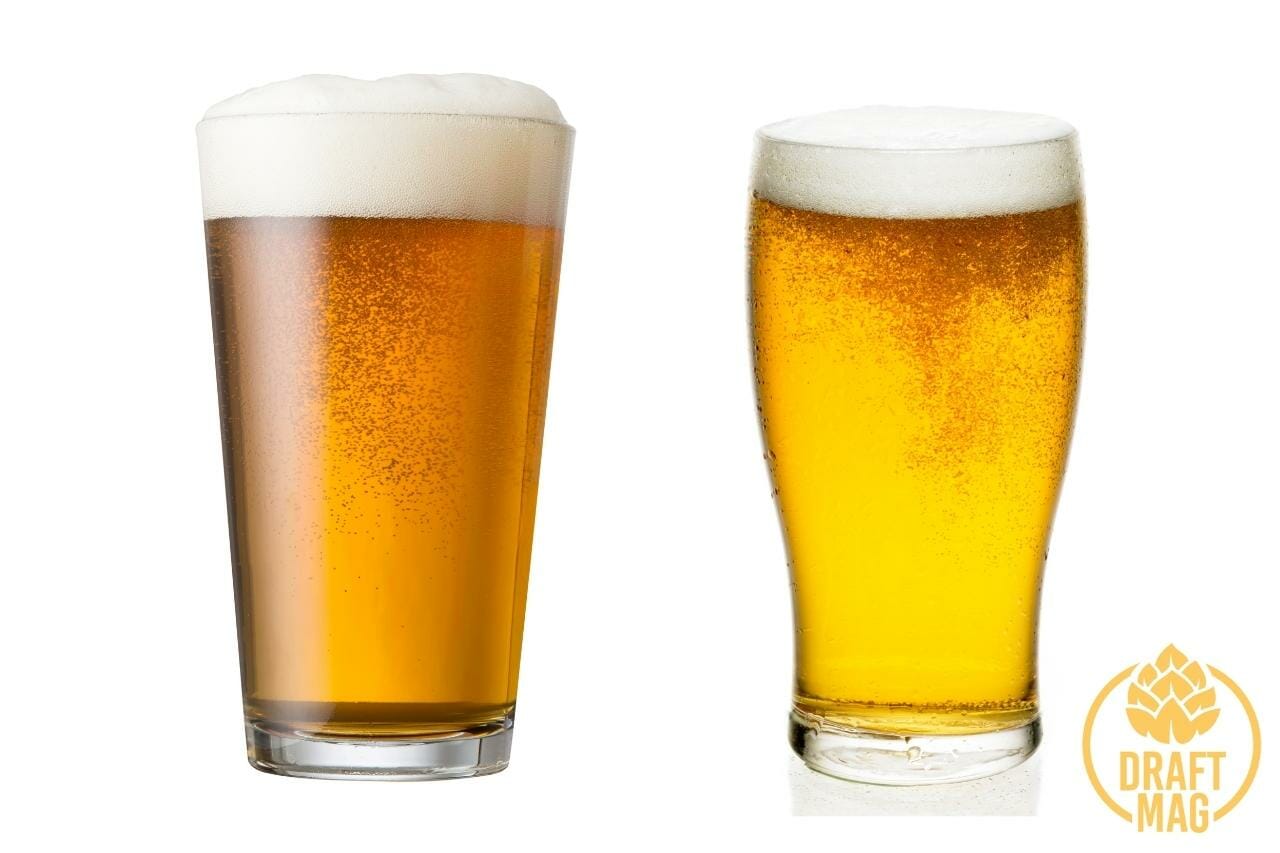 When choosing a preferred beer type, remember to consider your preferences and health. However, no rule says you must choose one, which means you can feel free to enjoy both beers.

Do you need a somewhat bitter, healthier option?

Then go with IPAs. Alternatively, if you need a sweeter beer with high calories and a lower ABV, then Lagers are the perfect choice for you.